My friend and I drove down to Peoria to see a Peoria Chiefs game. We arrived early and checked out this fort. René-Robert-Cavelier, Sieur de La Salle and his men visited this area in 1680. The local Peoria Indians were threatened by their enemies, and the fort was built by La Salle to protect them. Three months later, La Salle and his men headed up the river, leaving behind seven men to man the fort. These men immediately pillaged the stores, destroyed the fort, and fled to Canada. 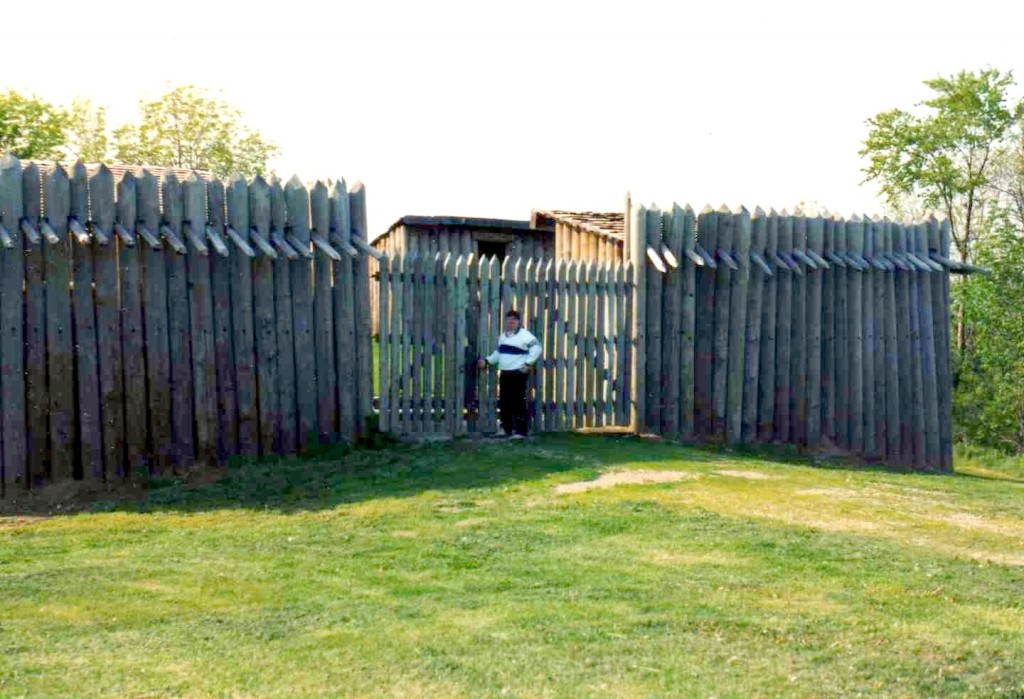 The fort was rebuilt sometime after 1976 to commemorate La Salle’s exploration in the area. The fort looks more like a chicken coop.  We couldn’t go inside. There was a dingy-looking monument to La Salle and a path leading down to the river. We walked the path and ended up in what amounted to a wooded garbage dump.