A coworker and I had a day to kill before our flight home, so we borrowed a car and spent the day in a frenzy of sightseeing. We started at the southeast corner of Ontario, where the Niagara River empties into Lake Erie. Our first stop was Fort Erie. 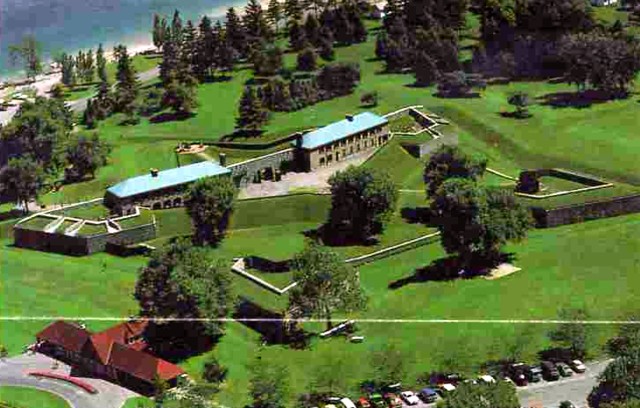 Fort Erie was built by the British. The Americans captured it during the War of 1812. The British besieged it, and at one point gained a foothold in the northeast bastion, visible in the photo below. An explosion in the magazine under the British killed over 1,000 men and ended the attack. 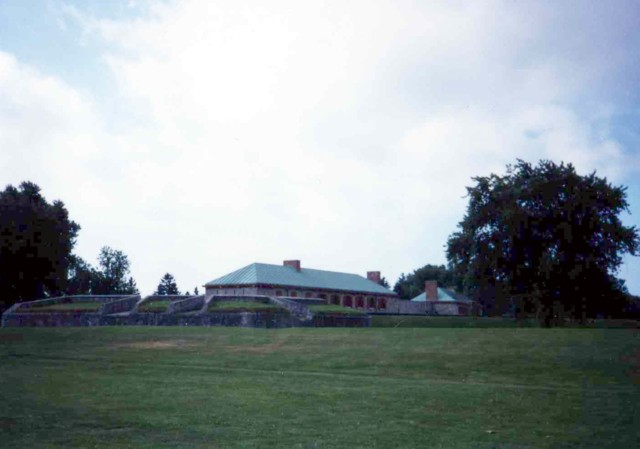 Our guide was a young man who was dressed in a dark green uniform that had to be hot on this very hot day. He spent most of the tour telling us that the things we were looking at were not the way they looked during the War of 1812. In fact, only the bottom four or five feet of the stone walls of the buildings were original; the rest has been reconstructed on the ruins. There wasn’t a great deal to the fort, and it wasn’t very large, but it was crawling with people in period costumes who were there to add atmosphere. They were everywhere, but most of them seemed to have bad attitudes and for the most part were just sitting around glaring at us or chatting with each other rather than engaging in any fort-related activities.

Here’s the main gate. Most of the black-flecked rocks are original (but not where they were in 1812). 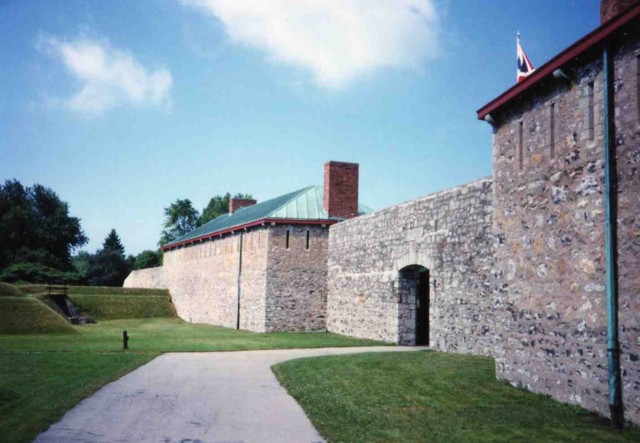 The photo below shows one of the redoubts constructed by the Americans during their occupancy. The guy with the gun was giving a demonstration on how to fire it. He was a very inept and slow speaker. He took about 20 minutes to tell us 5 minutes worth of information. Most of the time was passed in silence while he gathered his thoughts or hemmed and hawed in confusion. 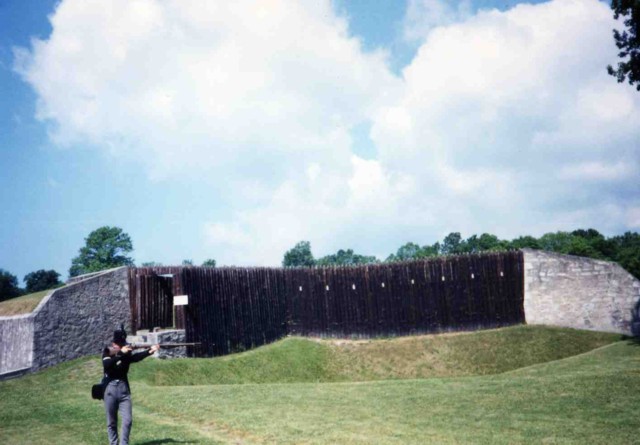