We continued north, stopping next at Fort George (Canadian) National Historic Site. We stayed for almost three hours and enjoyed it tremendously. The place is huge, so it was hard to get photos that captured it well. The fort was built in 1802 and fought over during the War of 1812. It was abandoned shortly after the war. There were a lot of guides in period costumes, but unlike at Fort Erie, these were friendly, informative, and actually doing fort-appropriate activities. 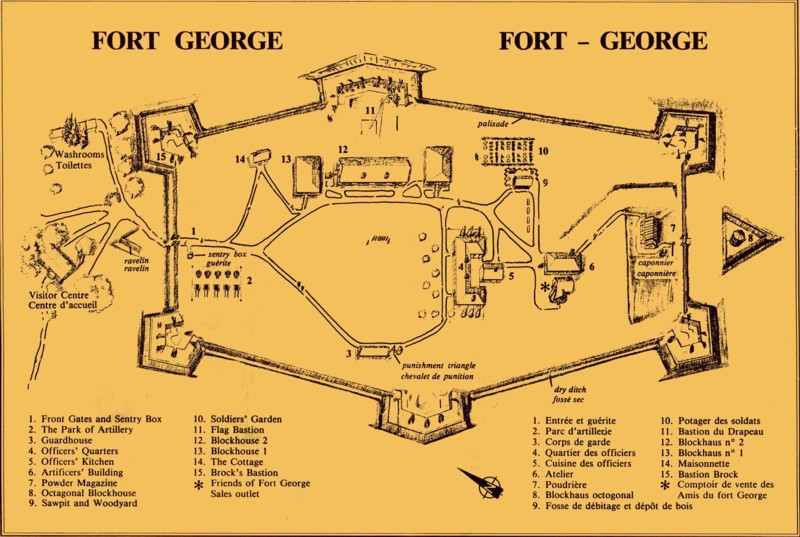 The panorama was taken from right inside the front gate (1 on the map).

The buildings on the left are the barracks/blockhouses. The yellow building in the center is the officers’ quarters (4). The jail (3) is on the right. As you can see, it wasn’t crowded.

Two young ladies in period costume were in the officers’ quarters, playing and singing a Mozart opera. We had an interesting chat with them about life in 1812.

This is the powder magazine (7), set down in a depression to reduce damage to the rest of the fort in case of explosion. It’s the only remaining original building, and before the fort was restored, it was used as a shed by a guy who farmed inside the ruins. 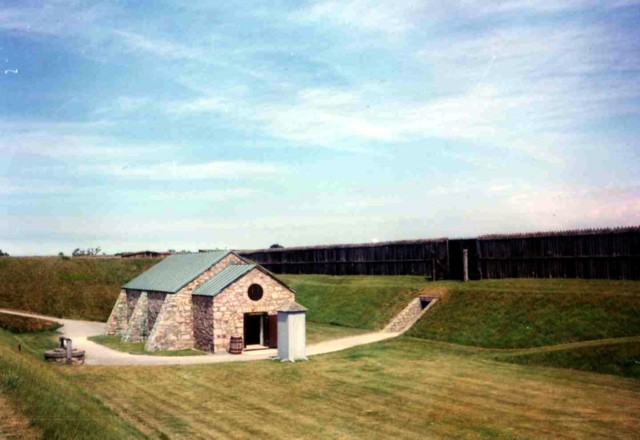 The tunnel on the right in the photo leads to the blockhouse (8 — below) that is separated from the rest of the fort and is the only way to get to that building. 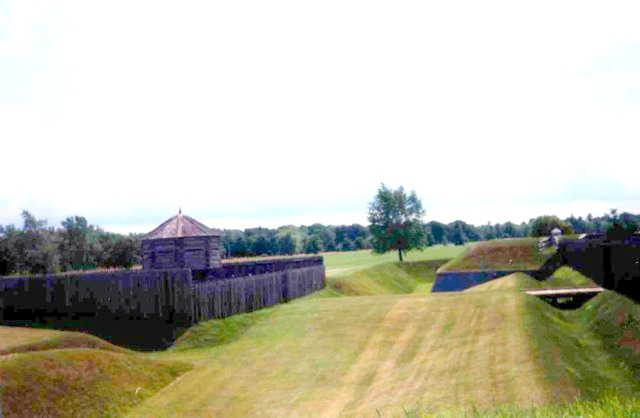 The photo below is the view from the blockhouse with the Niagara River and New York in the distance. 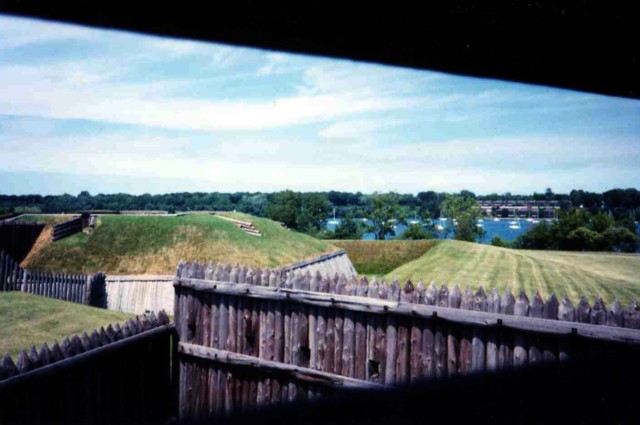 The photo below is the Flag Bastion (11) with the barracks on the right. There were excellent museum displays on weapons, the War of 1812 and Indians in these buildings.