We arrived early for a Pirates game and parked by the stadium. We walked across the Allegheny River bridge to Point State Park and wandered around. There was some sort of festival going on, the nature of which we never determined. 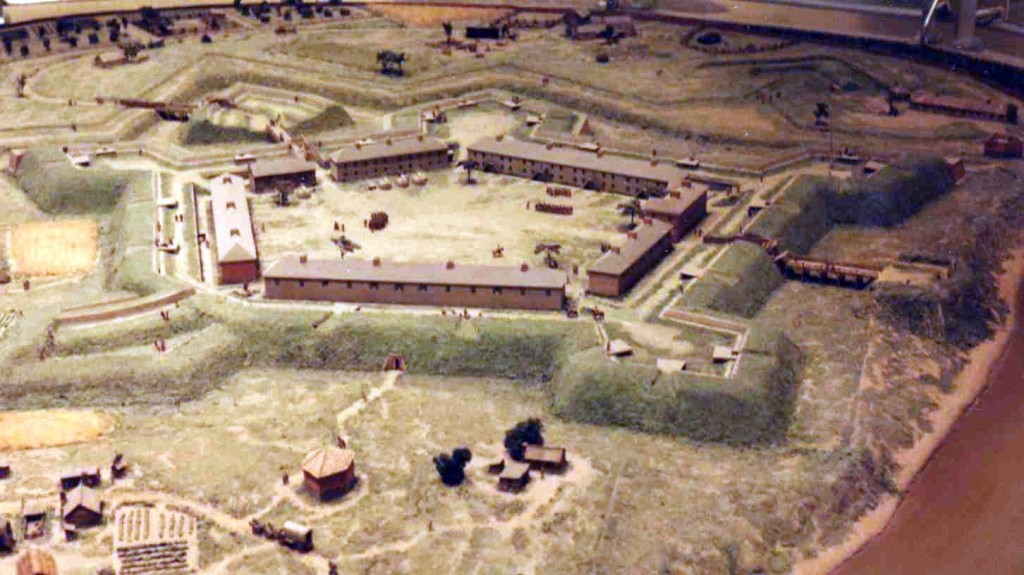 All that remains is a single blockhouse and some zig-zag ditches that were once part of the forts’ Music Bastion. The state maintains a small museum. But when my family found out admission was $3, they decided they’d rather find something to eat. I went in by myself and stayed about 45 minutes. The displays included a lot of dioramas and a model of Fort Pitt (above).

That’s the Music Bastion in the foreground of the next photo. 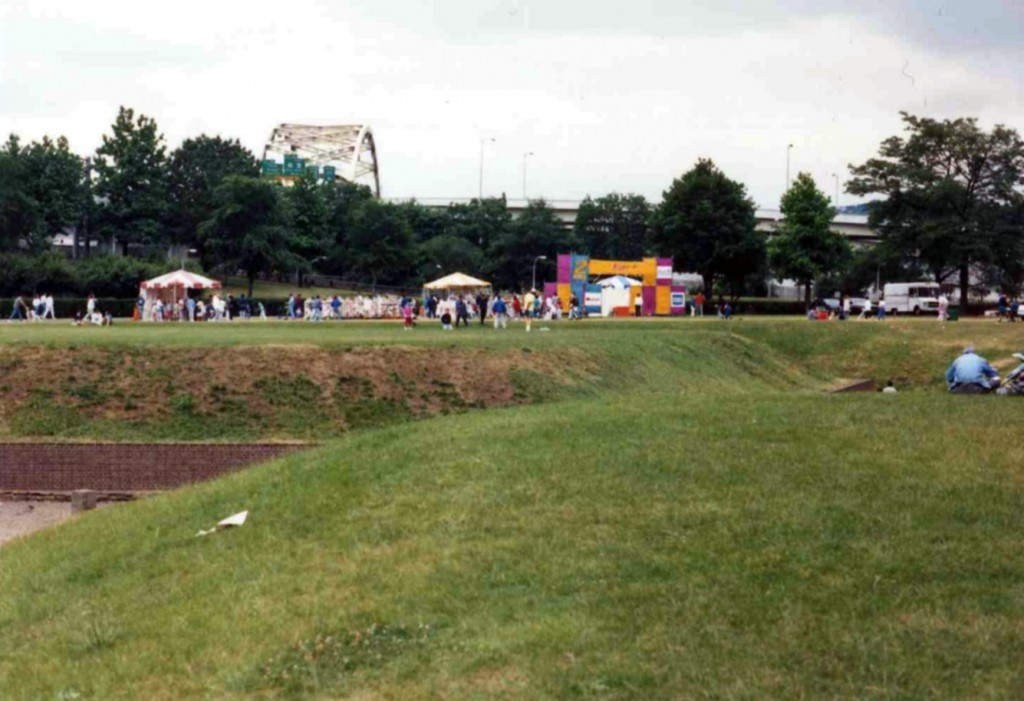 The Point as seen from Three Rivers Stadium. In the left foreground is the Allegheny River. A sliver of the Monongahela River can be seen behind the fountain. The Ohio River takes up the right side of the photograph. 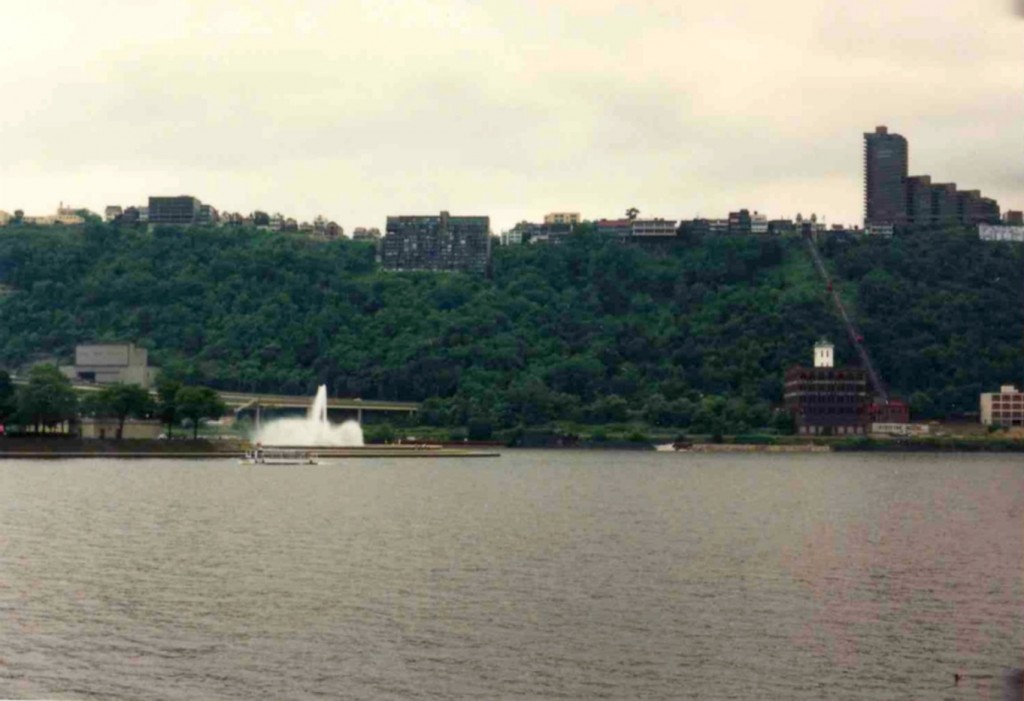 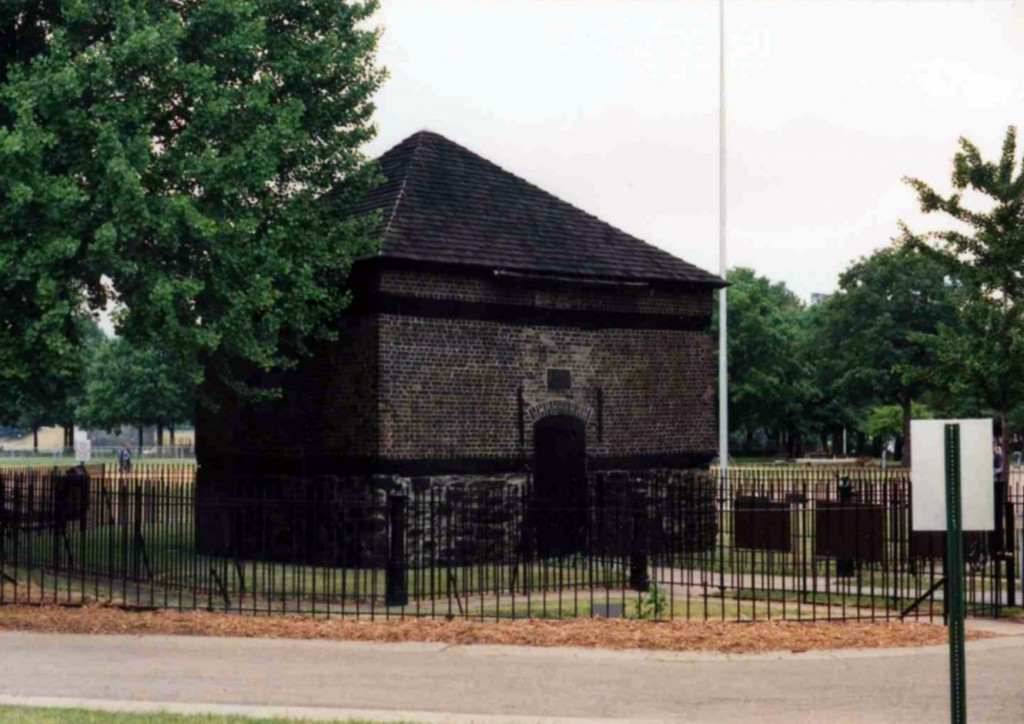