Fort Roberdeau has been reconstructed (in 1976 for the Bicentennial), a barn has become the visitor center and a house, now owned by the state of Pennsylvania, is the site of a archaeological dig. The fort was built to protect miners who were gathering lead for the Continental Army. Indians, backed by the British, were active in the area. Some settlers in the valley were killed, but the fort itself never saw any action. 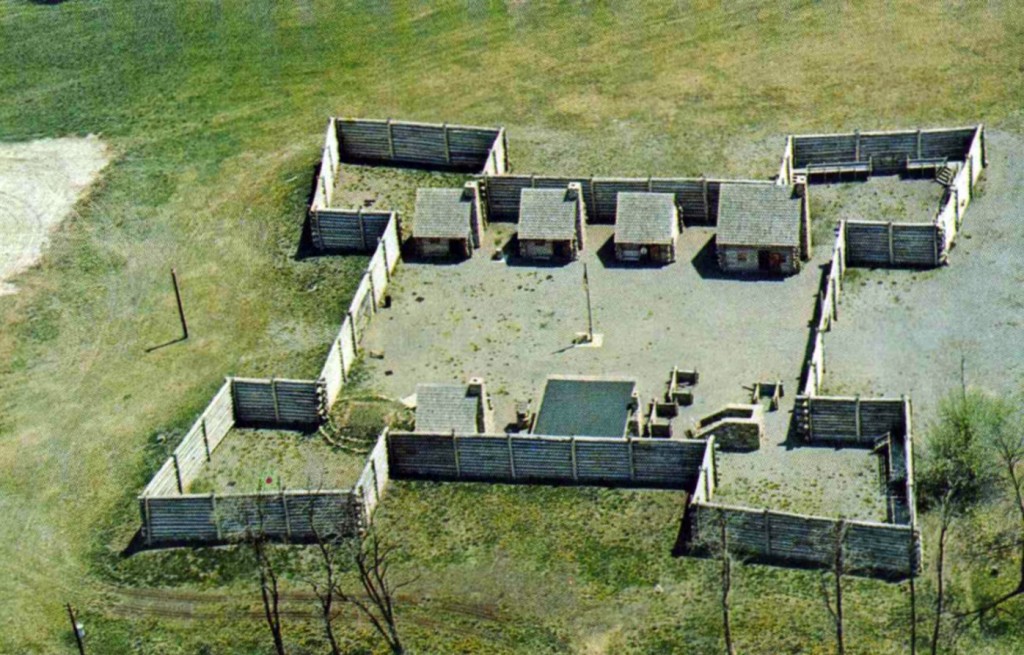 It isn’t a large fort. There are six small buildings, a powder magazine and an iron-smelting furnace.  (The house is just out of sight in the foreground of the postcard view above.) 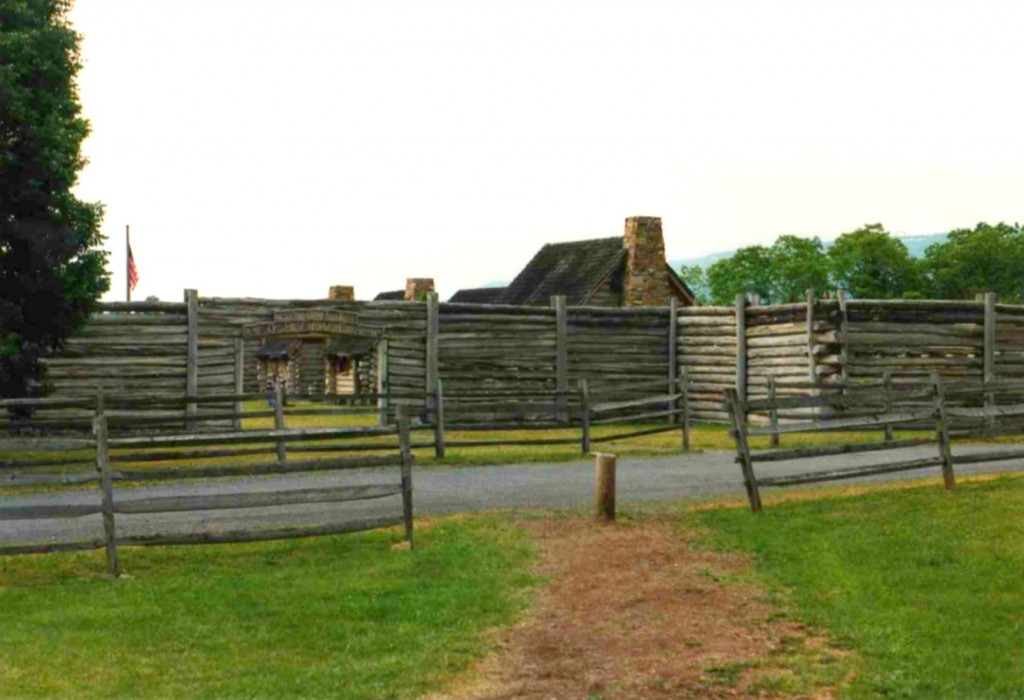 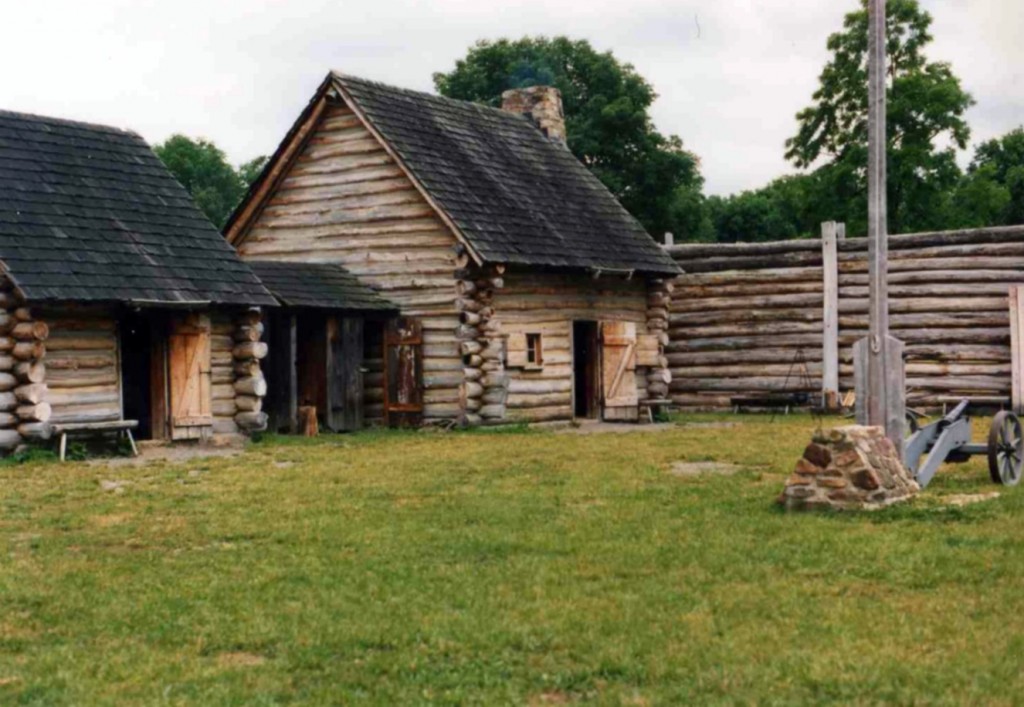 The kitchen and entrance to the powder magazine 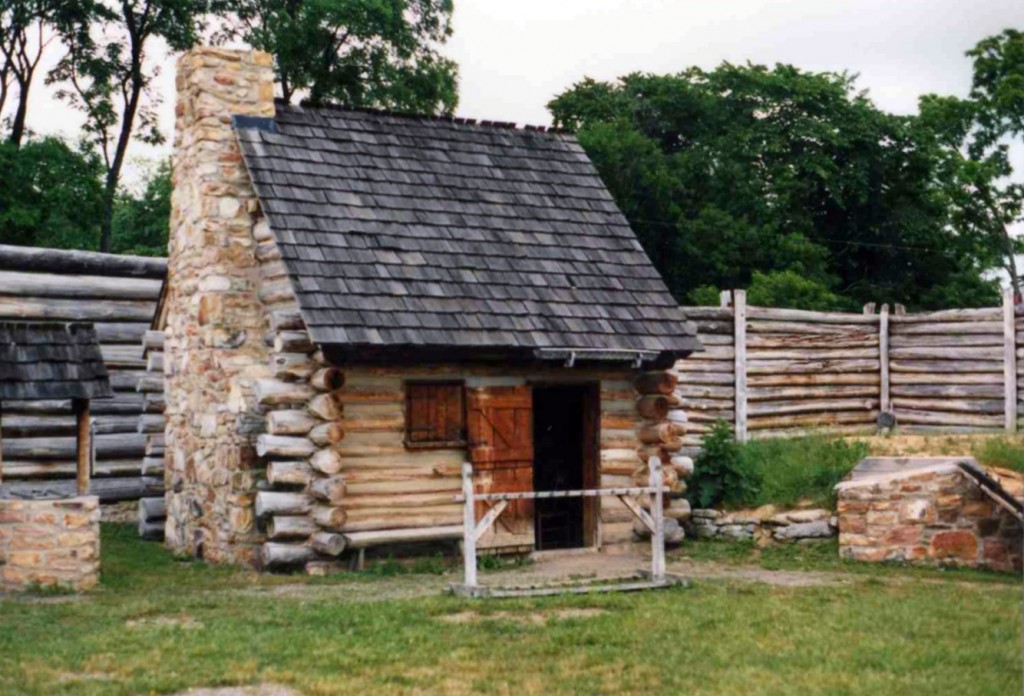 A woman dressed in period costume explained the history of the fort. We watched a man dressed in buckskin give a demonstration of musket firing. When he finished, we began asking him questions. It quickly became apparent that this was no rocket scientist. He just kinda stared at us, then asked if we wanted to see his demonstration again. Another man stepped in and gave some intelligent answers. 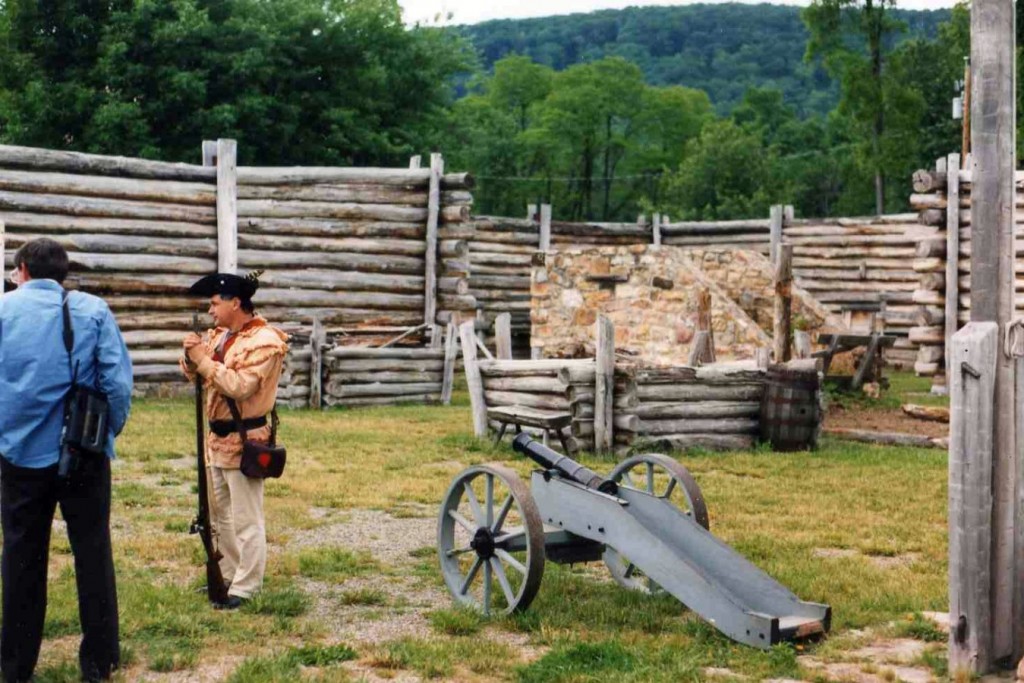 I asked him how much of the fort was original. This is what he told us: During the war, there was a fort in Sinking Valley named Fort Roberdeau. It was built in April of 1778 and abandoned in the fall of 1779. Nobody is quite sure what it looked like. There is a crude line drawing of the front that somebody drew at the time, and the reconstruction is based on that. Neither is anybody quite sure where the fort was located. It was rebuilt where it is because a pit, which may have been the powder magazine, was found here. A foundation for a reconstruction was laid in 1939. The man told us that it is entirely possible that the house was built on the site of the original fort. So we have a fort that may or may not look like the original, on what may or may not be the right spot, and which wasn’t very significant in the first place. 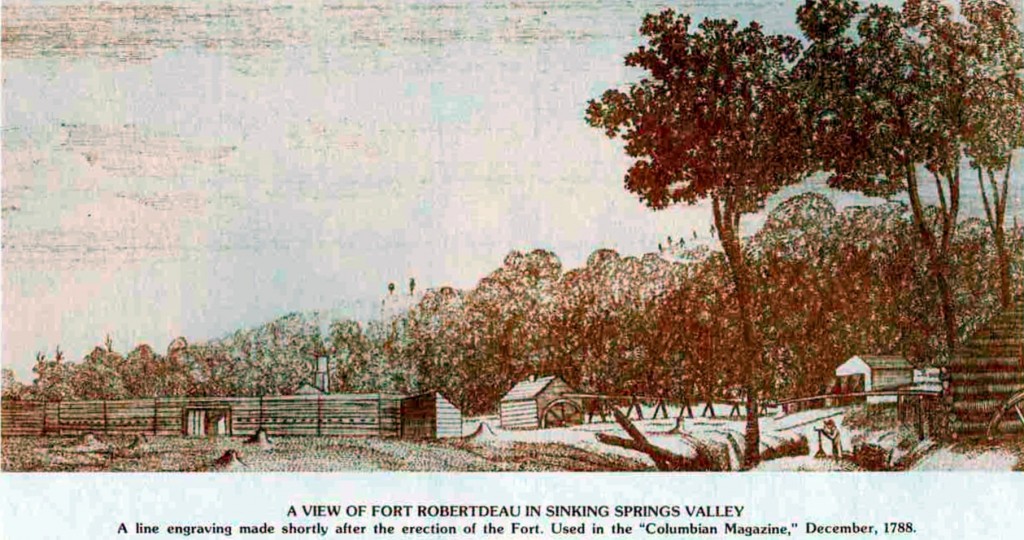 We walked over to the house. The man said they’ve dug a few thousand Revolutionary War-era artifacts out of the driveway. 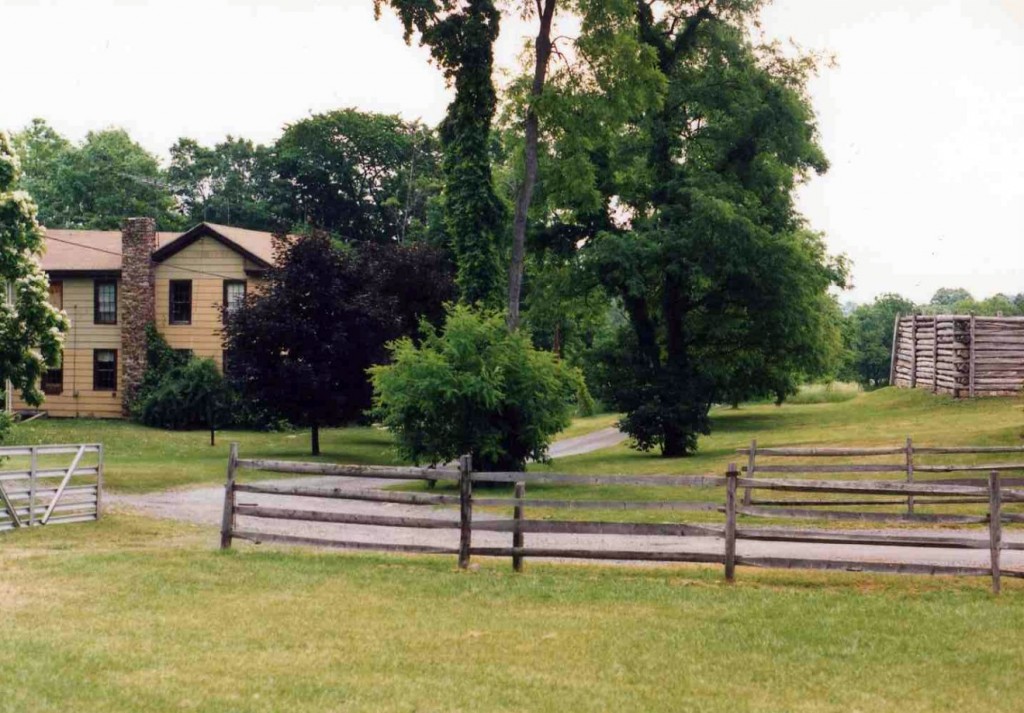