I spent the day exploring the Keweenaw Peninsula with my family. We ate lunch at the Harbor Haus overlooking Copper Harbor. My family wanted to shop, so I took off and walked about a mile to Fort Wilkins State Park. 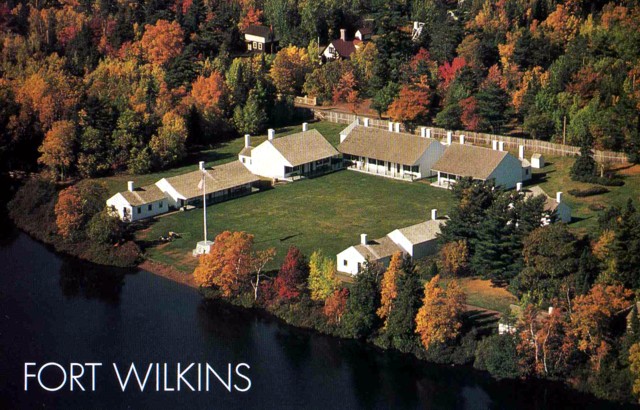 The fort was built in 1844 to police the area when the copper mines first opened, but the troops spent most of their time policing themselves for being drunk and disorderly. Nothing of consequence ever happened there, and the post was abandoned in 1870. The buildings were used for a variety of purposes, including summer homes for vacationers, until the state restored the site to its original appearance. The site interprets the lives of soldiers who are stationed at out-of-the-way boring posts with nothing to do.

It’s located on a beautiful spot of land with Lake Superior just a short walk through the woods on one side and Lake Fanny Hooe fronting the parade ground on the other side. Fanny must have been quite a girl. She was the single sister of the wife of the post commander who stayed at the fort for a time. When she left, the soldiers named a lake and a creek in her honor.

Here’s the east side of the parade ground with (l to r) the sutler’s building, hospital, company quarters and kitchen. All the building interiors were restored to their original appearance or had displays on army life. Lake Fanny Hooe is visible on the far right.

The west side of the parade ground looks similar. These buildings are the company quarters and officers’ quarters. 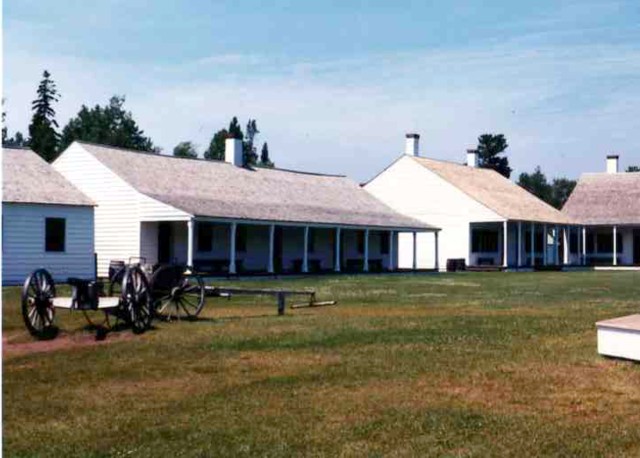 The married soldiers and their families lived in log cabins outside the stockade. 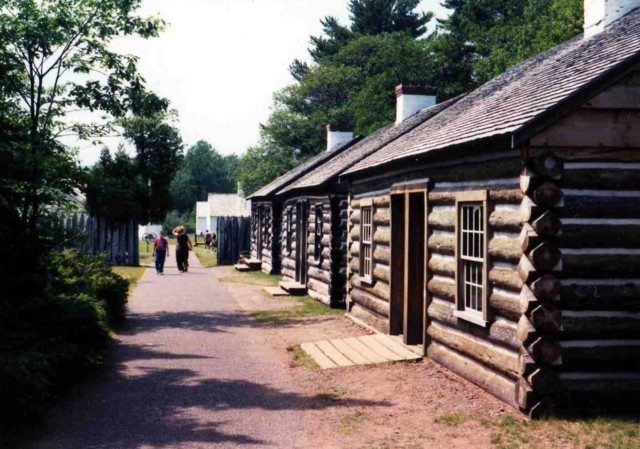 In one of the cabins, a 19-year-old girl was dressed in period costume. I was looking at a broken clock, and she told me she had been nagging her husband to get her a new one. I asked how long it took to get supplies. She said it took several months, but that she wanted to get to town and pick one out herself to make sure she got what she wanted. She also said there had recently been rumors that they would soon be reassigned. We talked for several minutes until some other tourists came in, and she never once broke out of her role.

When I finished touring the fort, I stopped in the gift shop, then sat on the bridge over Fanny Hooe Creek and waited until my family picked me up.