I strolled the streets of downtown Freeport taking photos of storefronts and anything else that caught my eye. I found one popcorn shop and wondered for a moment if I’d heard the woman at Mrs. Mike’s incorrectly, but I decided to keep looking. 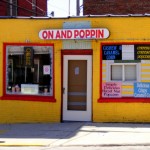 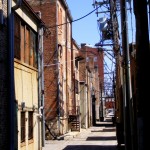 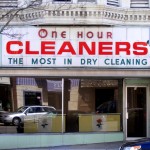 Then I spotted the Blust Building with the very cool Coke ghost sign. 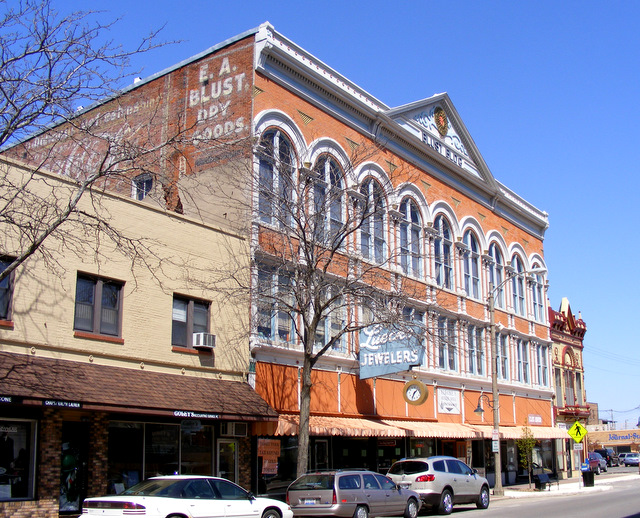 If you look closely you can see two layers of Coke advertising. 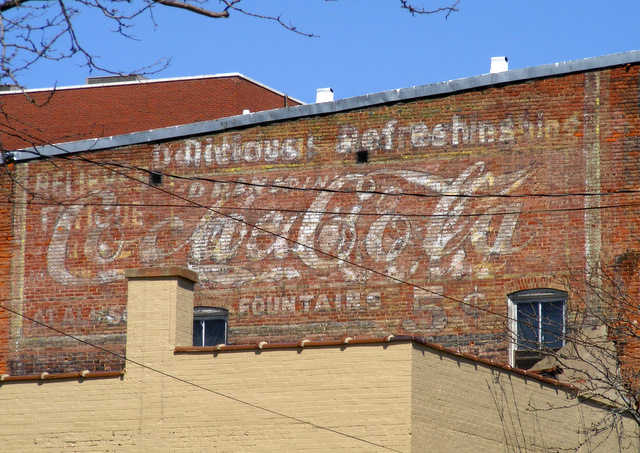 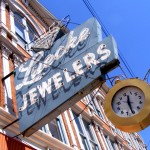 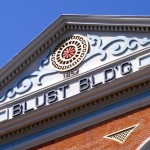 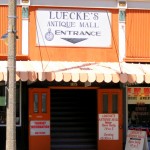 The middle doorway led up a flight of stairs to an antique mall. On a whim, I walked inside. An elderly woman at the register greeted me. I’m not sure exactly why, but I gave her my spiel about being in Freeport for the first time and on the lookout for interesting stuff. When I mentioned my interest in history, she got very excited. She put down what she was working on, grabbed my arm and dragged me down the hallway. 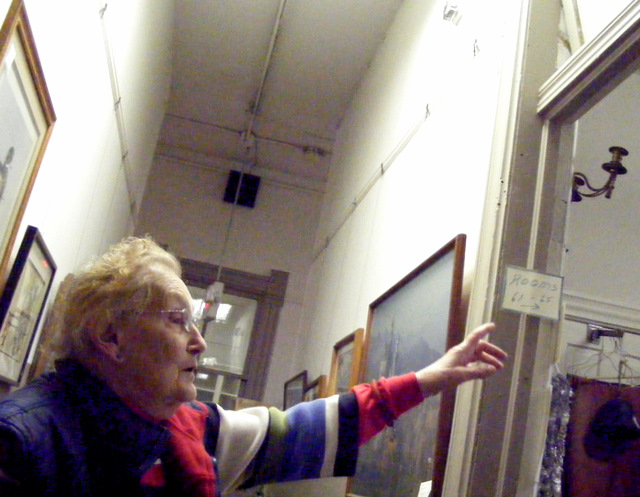 I thought perhaps she was taking me to a display of Lincoln artifacts or somesuch, but no — the Blust Building itself was her passion, and by the time I left an hour later, I knew more about it than any person living except for my guide. (I greatly regret that I never asked her name.)

The lower floor of the building (which I didn’t see) was once a jewelers. The middle floor had eight apartments in one of which my guide had her hair done when she was 15 or 16. (She’s 93 now.) There were signs all over the place pointing to “interesting” features of the building — my guide took me to all of them. She directed me to take photographs of the transoms, the old bathtub, the built-in apartment shelving and the original linoleum flooring. 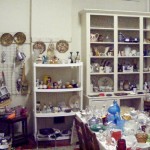 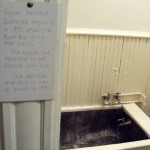 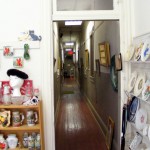 When I didn’t immediately take a picture of the linoleum floor, she stopped and pointed until I did. 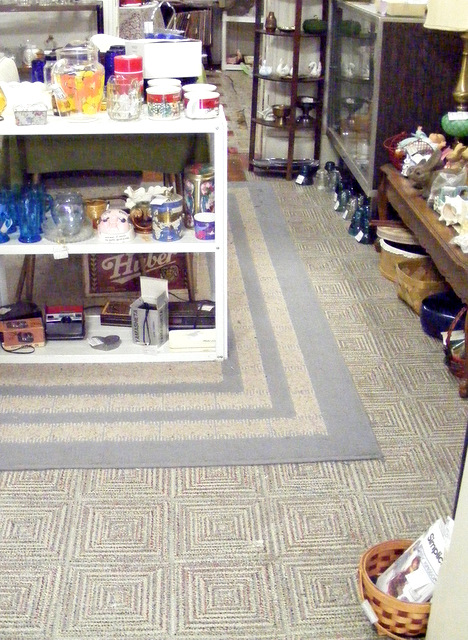 The upstairs was genuinely interesting. Half of it had been Brown’s Business College and the other half the Blust Ballroom (in which my guide had once danced). I was escorted around the room for at least 10 minutes. My friend told me on several occasions that I’d met “the windiest person in Freeport.”

The ballroom had a raised bandstand on one end. I went up there later, but I didn’t stay long. It didn’t seem very sturdy. 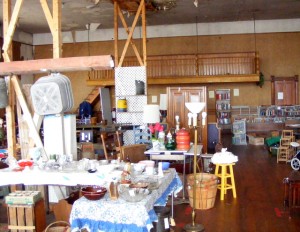 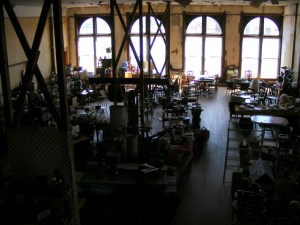 Here are a few shots from the college side. 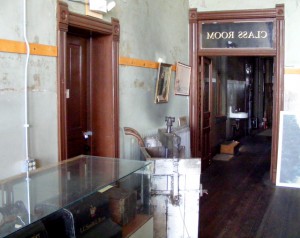 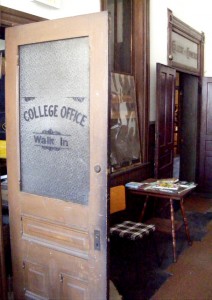 When I was finally left alone, I poked around the antiques. Most of it was junk. There was one room in which everything cost $1.00. It appeared that most of it had been tossed in from the doorway. 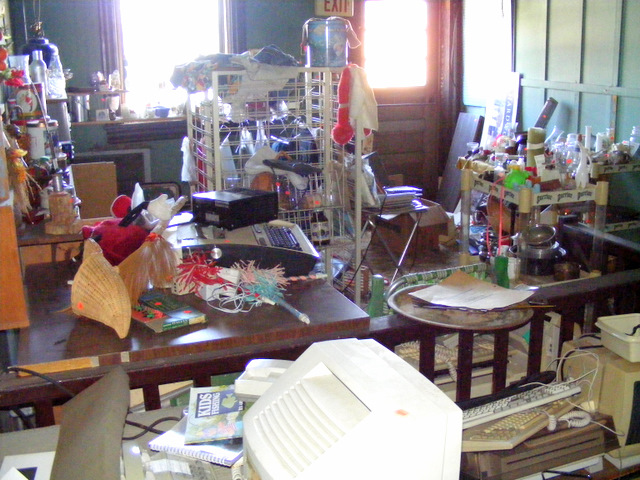 I was working my way through the downstairs rooms when my buddy tracked me down again. She greeted me with, “Are you the fella with the pictures?” She had me follow her on another tour of all the same rooms we’d visited earlier, but this time the topic was the antique business. First she took me to several of her competitors’ rooms and showed me how messy and crowded they were. “That’s greed. That’s what it is, just greed.”

Then she took me to rooms she’d arranged and showed me how neat they were. She kept on talking long after she ran out of things to say. When she started through the rooms a third time pointing out individual items for sale, I gently broke away. Earlier, up in the ballroom, I’d spotted a red, wooden folding chair that had a lot of personality. 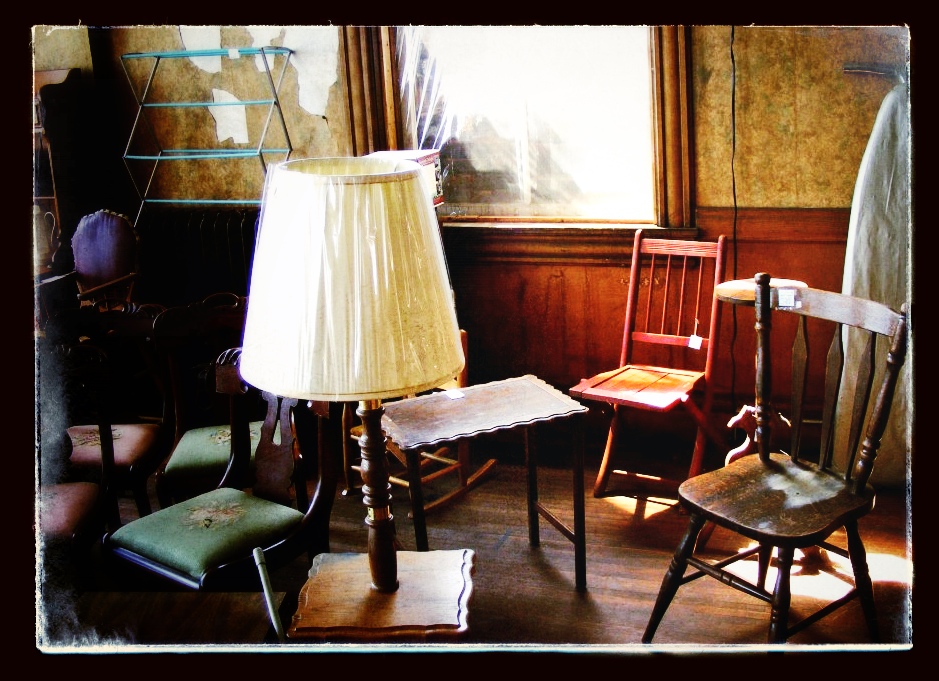 I photographed it where it sat, then carried it around for a while to make sure it wasn’t too heavy or awkward for what I had in mind. I decided to buy it, and $10 later, it was mine. 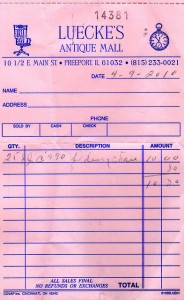 My friend rang me up, but surprisingly, it didn’t take her long. A couple from Minnesota had entered the store, and she was anxious to take them on the tour.