Freeport: Part Three — Pretzels and So Much More

While I was wandering about Debate Square, I noticed the Union Dairy next door. People were constantly going in and out, so I strolled over to see what there was to see. 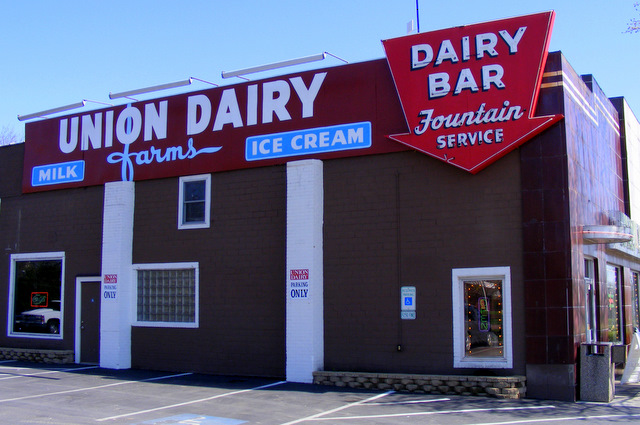 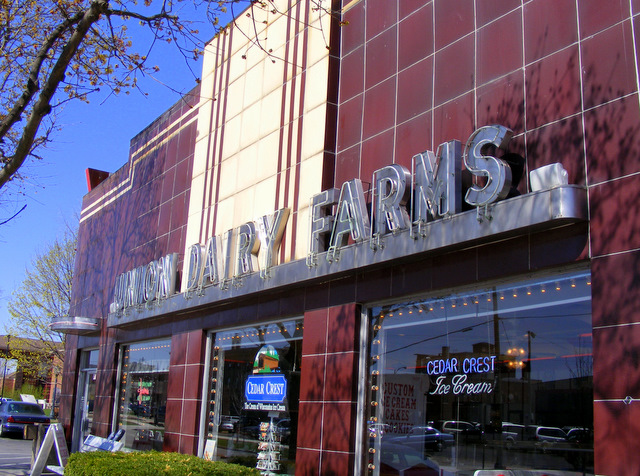 The inside was an old-fashioned soda fountain. 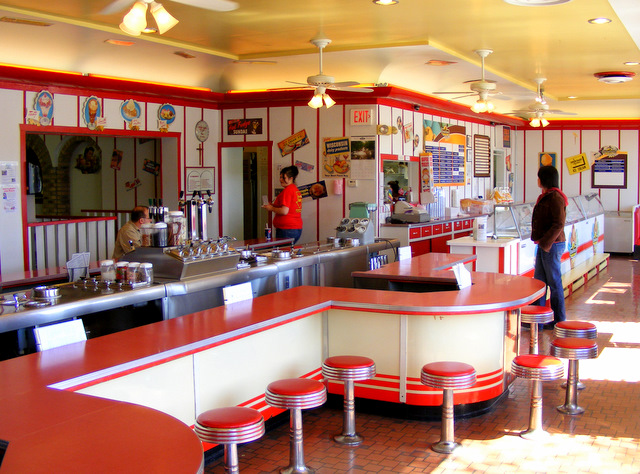 It was only 10:30, rather early in the morning for ice cream, but adventures go like that sometimes. I asked the girl behind the counter for the most chocolate thing they had. She directed me to the triple-chocolate ice cream. I ordered a single dip. I’m glad I didn’t get anything larger. As it was, I got enough ice cream for a family of five. 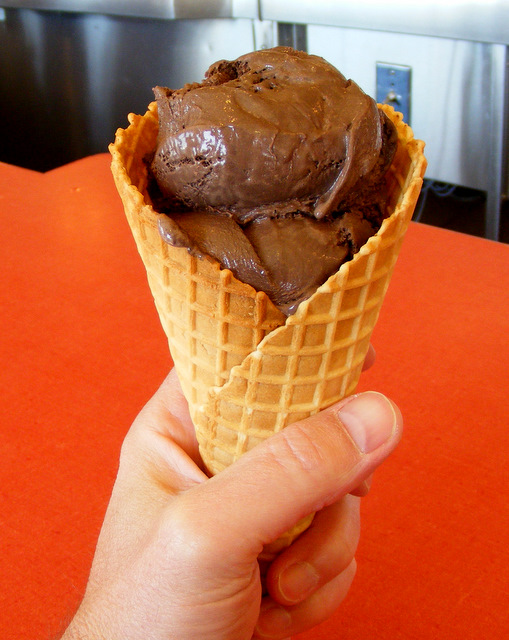 Satisfyingly full and then some, I set off to my next stop.

It’s a good thing I remembered the location of Mrs. Mike’s from my Internet search. I never would have found it otherwise. Even as it was, I almost missed it. I was looking for a cute little shop. What I found was this. 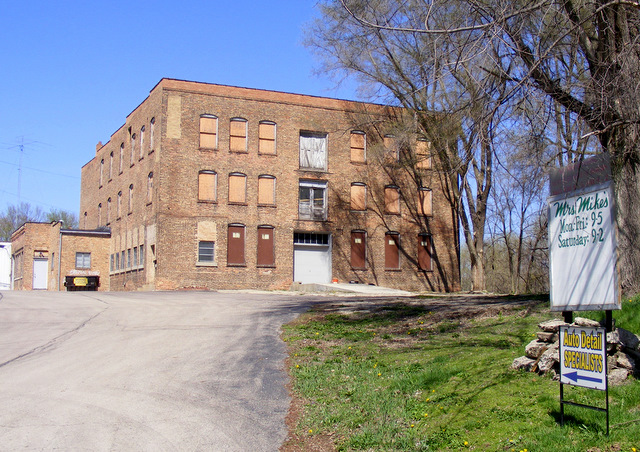 The sign clearly said “Mrs. Mike’s” but I didn’t see any cute shops. I was about to give up when I spotted a second sign on the side of a long warehouse. 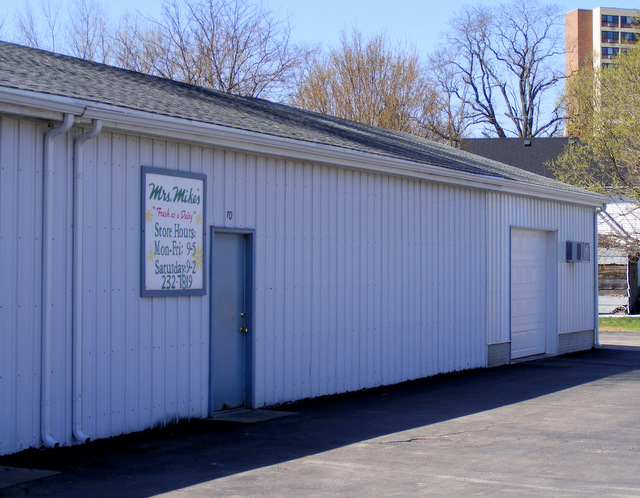 I parked near some other cars at the end of the building, perhaps 30 yards from the door. A woman was backing out as I was getting out of my car. She opened her window and said, “If you’re picking up potato chips, you can park a lot closer to the door.” I thanked her and kept walking. She called, “You can park right up by the door if you’re picking something up.” I nodded and smiled and said, “That’s OK. Thanks.” As I continued walking, she stayed and watched me with a very concerned look on her face. I thought too late to ask her if she was Mrs. Mike.

Inside the door, I found myself in a small vestibule with a window into a warehouse. There was a small section of shelves along one wall that contained pretzels, hats and T-shirts. A second woman walked over and asked if she could help me. I replied, “I don’t know. I’ve never been to Freeport before. I drove out to see the Lincoln-Douglas Debate site and thought, as long as I was here, that I’d look around. I checked the Internet and found … “

She smiled and said, “Mrs. Mike’s!” I asked if the pretzels on the shelf were “the” Freeport pretzels and if I could purchase a bag. 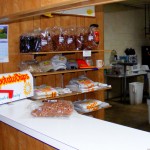 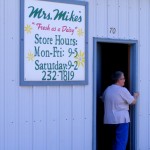 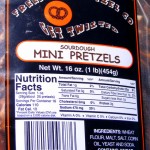 As the woman rang up my order, she listed other things in town that I should make sure to see. She mentioned Union Dairy, and I told her I’d already been there. Then she told me about Dragon Popcorn where they make popcorn in all different flavors. She thought for a moment and then suggested I go to McNess because “it’s really fun; they have all kinds of spices and medicines.”

Well, that sounded pretty exciting. She thought so, anyway. She came out from behind the counter and motioned me to follow her outside. We walked a ways into the parking lot until she could point to this building. 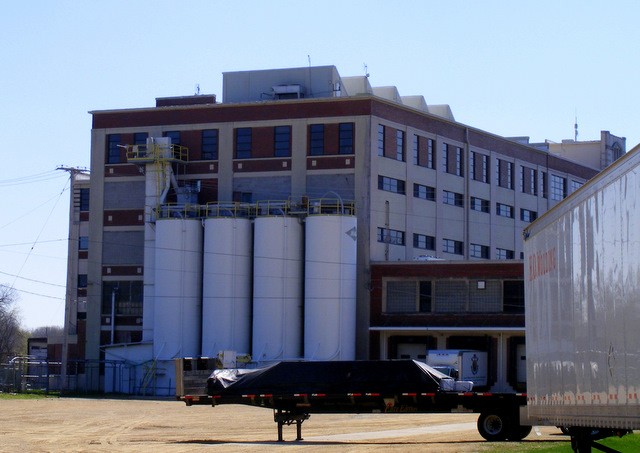 Well, why not. I drove around the block and headed for the front of the building. I was approaching this corner when I found McNess on my left. 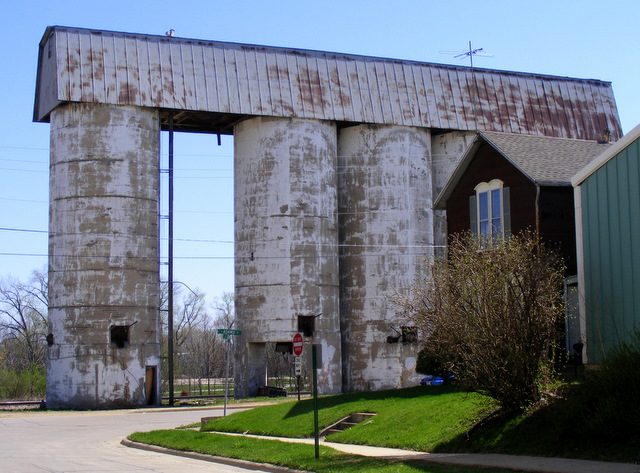 Just then a guy in a pickup came wheeling around the corner, honking repeatedly. He opened his window and yelled at me as I went by, “You’re going the wrong way.”

I passed on the opportunity to quote the classic line from Planes, Trains and Automobiles and made a quick U-turn which brought me up right in front of my destination. 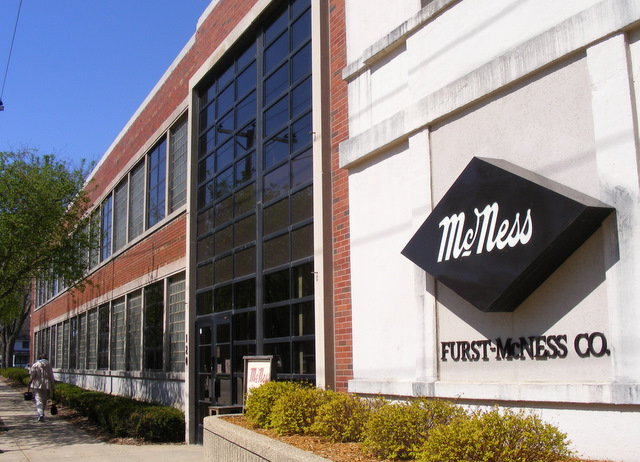 A sign out front said the store was open, so I went inside. I found myself in lobby of a factory. The lady behind the counter directed me to a small room lined with shelves that were filled with items manufactured by McNess. These included mustard, spices, pudding mixes and bathroom cleaning supplies, which I found to be a very strange combination. In the spirit of adventure, however, I bought a can of key lime pudding and pie mix. 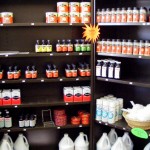 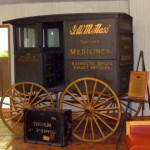 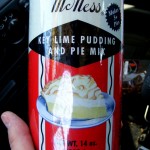 So much for McNess. Now for Dragon Popcorn. The lady at Mrs. Mike’s had told me it was on the next block over from Union Dairy, so I drove around the area looking for it. I spotted some interesting stuff along the way. Freeport is an odd mix of run-down and retro touristy. I don’t think anything new has been built in town since the 1950s. 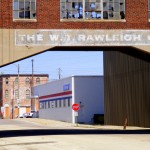 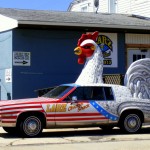 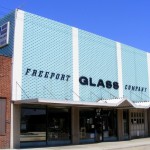 I didn’t find Dragon Popcorn, but I did find Taylor Park where the second Lincoln statue is located. 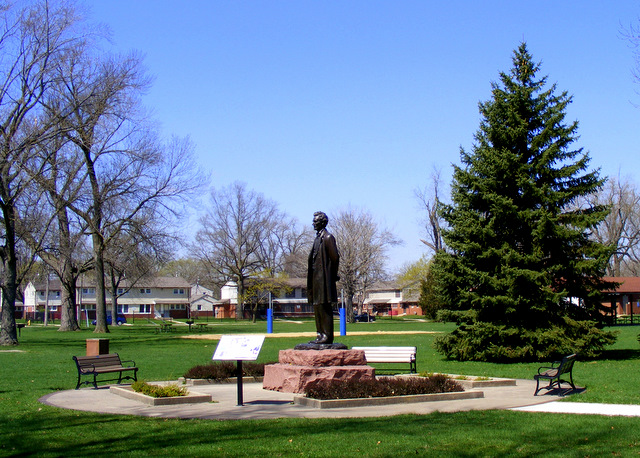 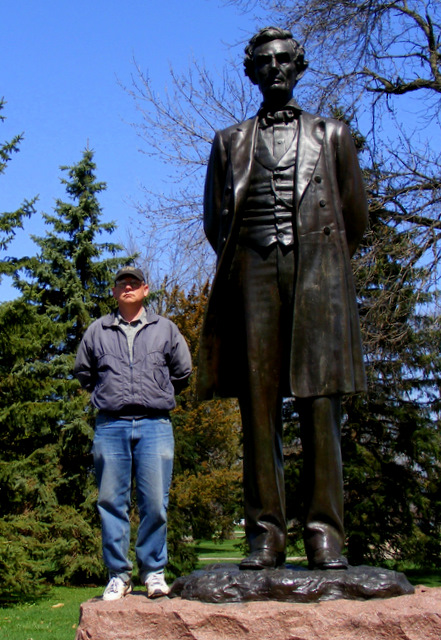 The area was once a private equestrian driving park, so I made a circuit of the path where the local rich dudes used to take their girls for rides. 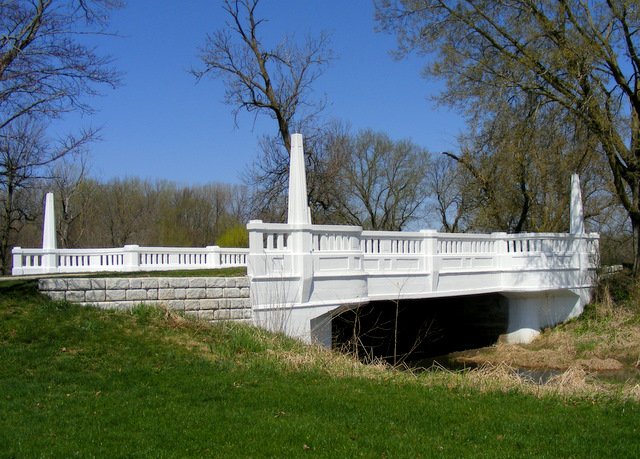 A sign informed me that President Theodore Roosevelt had visited the park on September 8, 1910 for a “railroad picnic.” Thirty thousand people showed up to see him. I’d now seen everything I’d intended to see when I left home in the morning, but I still hadn’t found Dragon Popcorn. I drove back downtown and parked.

2 Responses to Freeport: Part Three — Pretzels and So Much More