Our department went to Georgetown for our annual “Hey, let’s celebrate all the work we’ve done” outing. I drove, with Megan, Cheryl, and Lisa in my car. We got to the station about 20 minutes before our trip.

The ride goes from Georgetown to Silver Plume on a section of an old railway built to carry mine ore out of the mountains. It’s only two miles as the crow flies, but probably five when you measure all the loops up the side of the mountain. It’s at 9,000 elevation, up in the mountains, and Clear Creek runs along the tracks most of the way. It’s scenic, but it’s also never out of view of I-70 and sometimes the track runs right next to the road. The big feature is a trestle bridge that’s crossed both going and returning.

Looking east toward the trestle from the Devil’s Gate station in Georgetown. 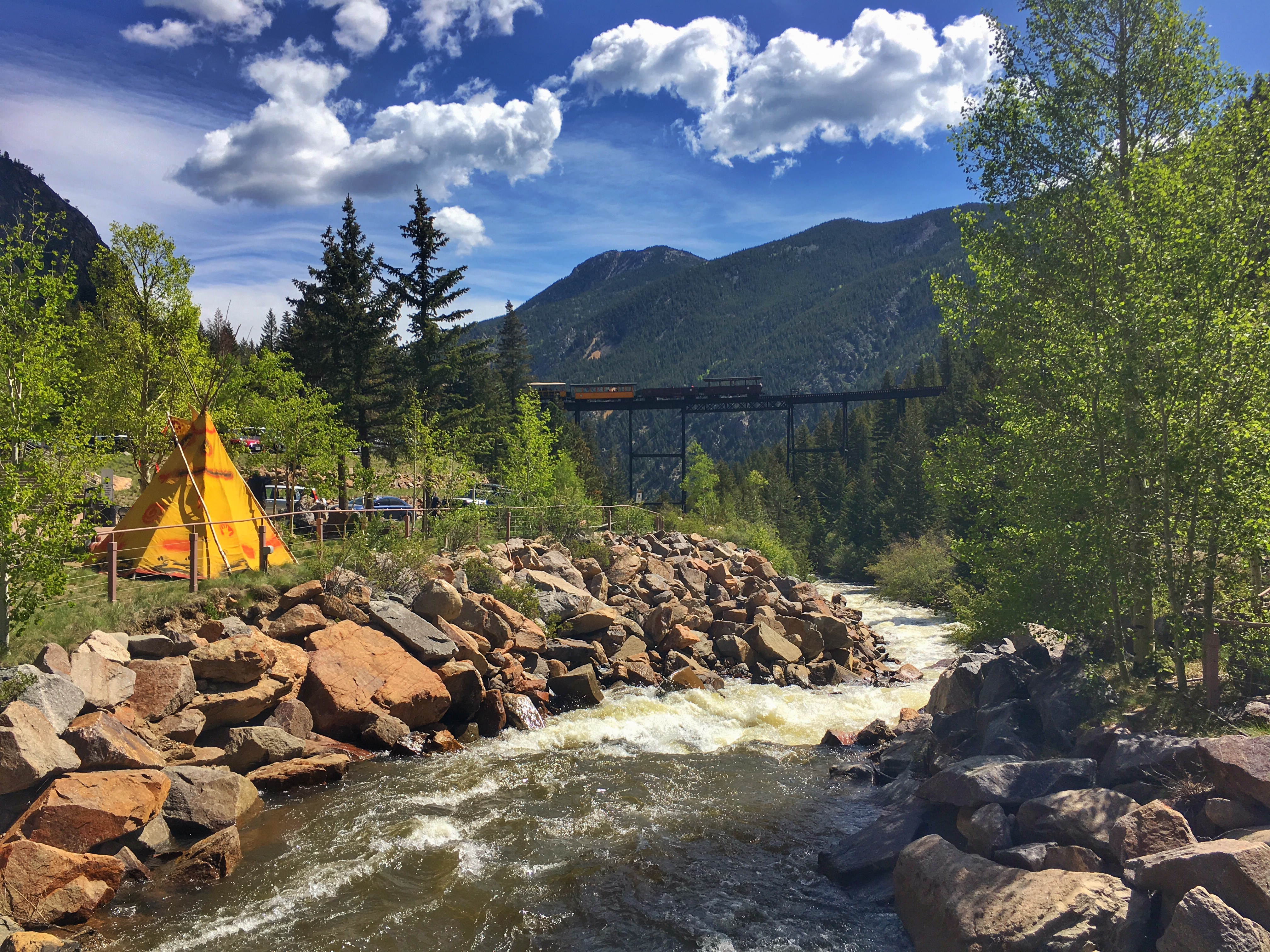 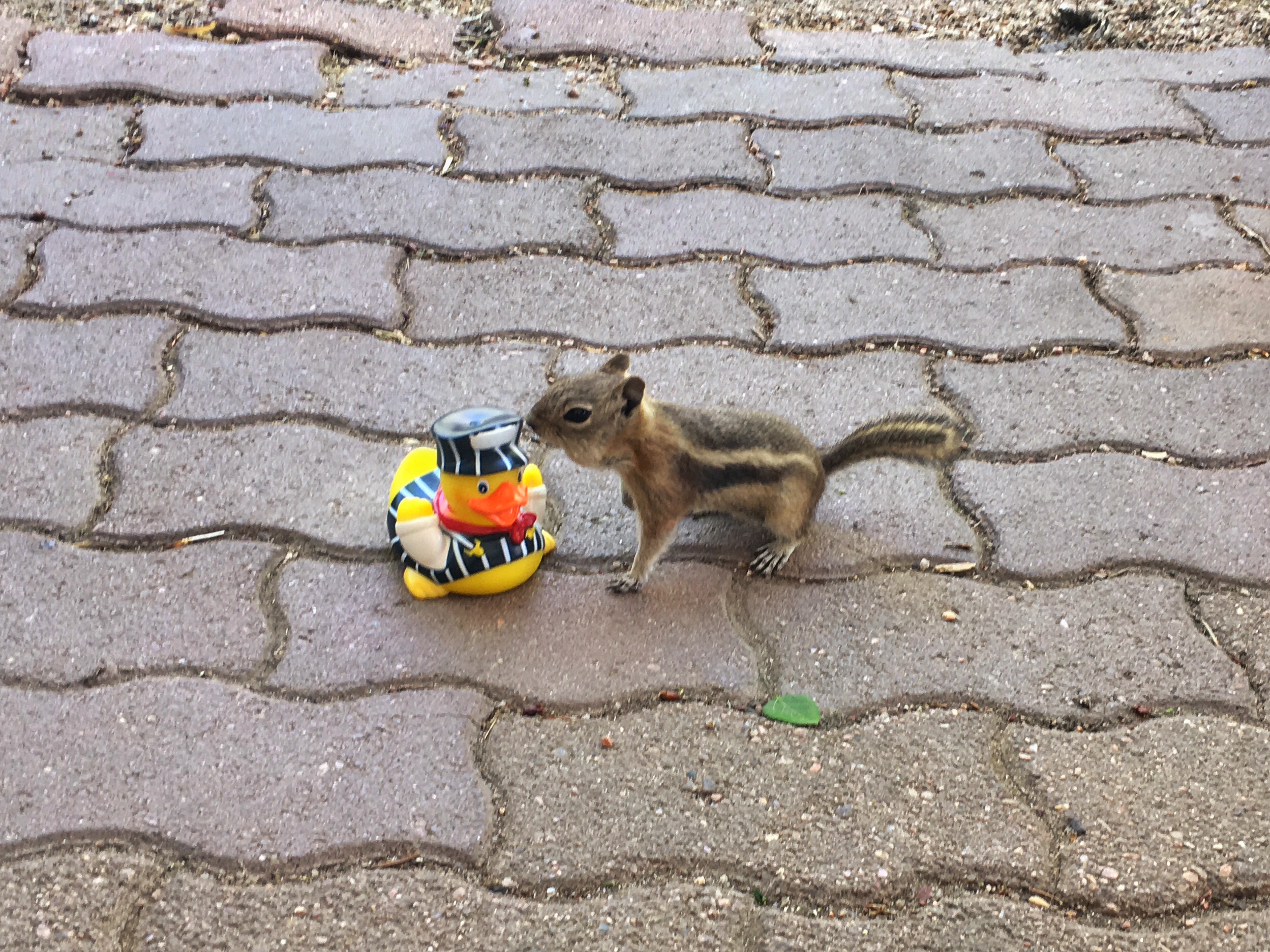 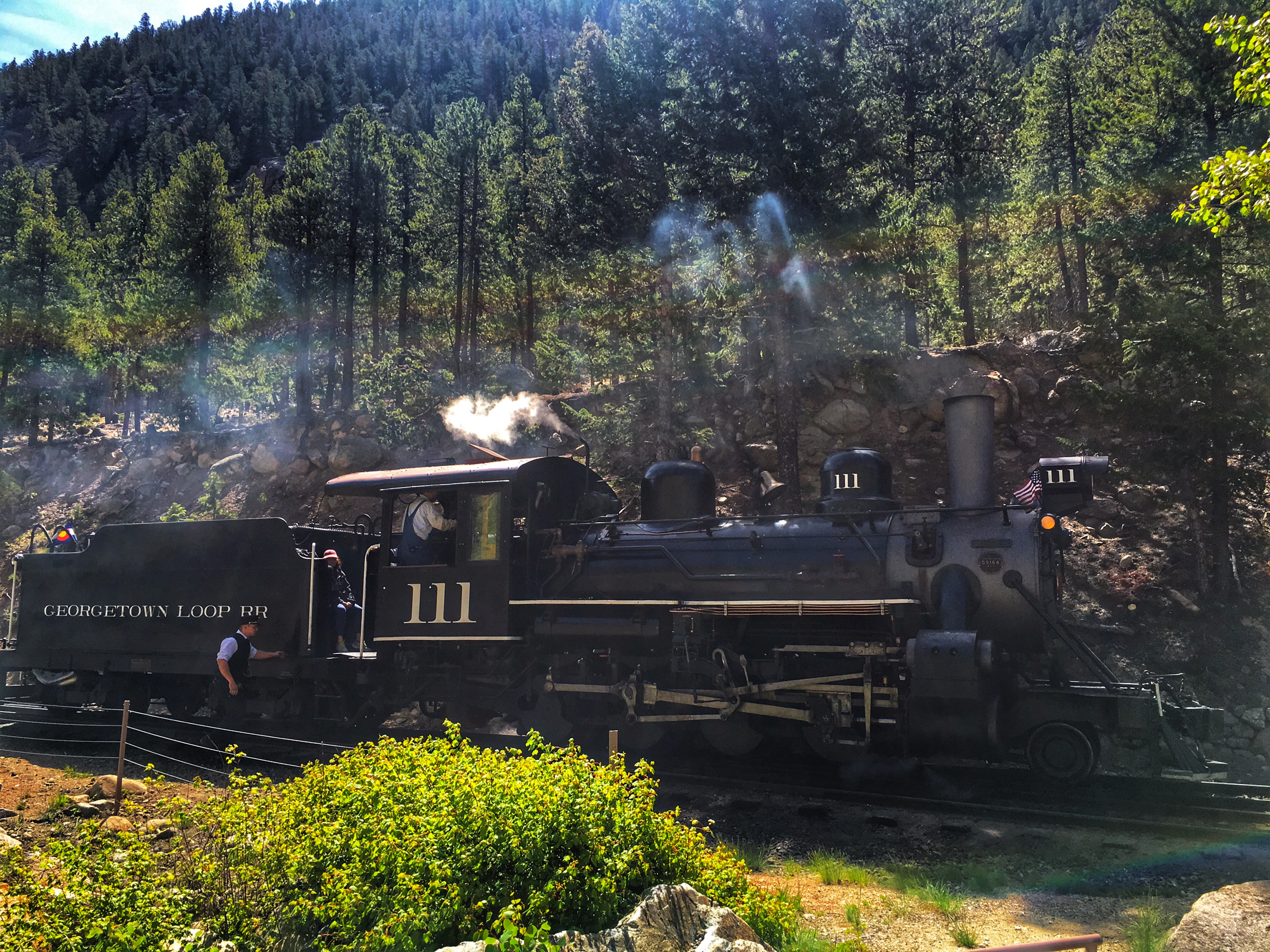 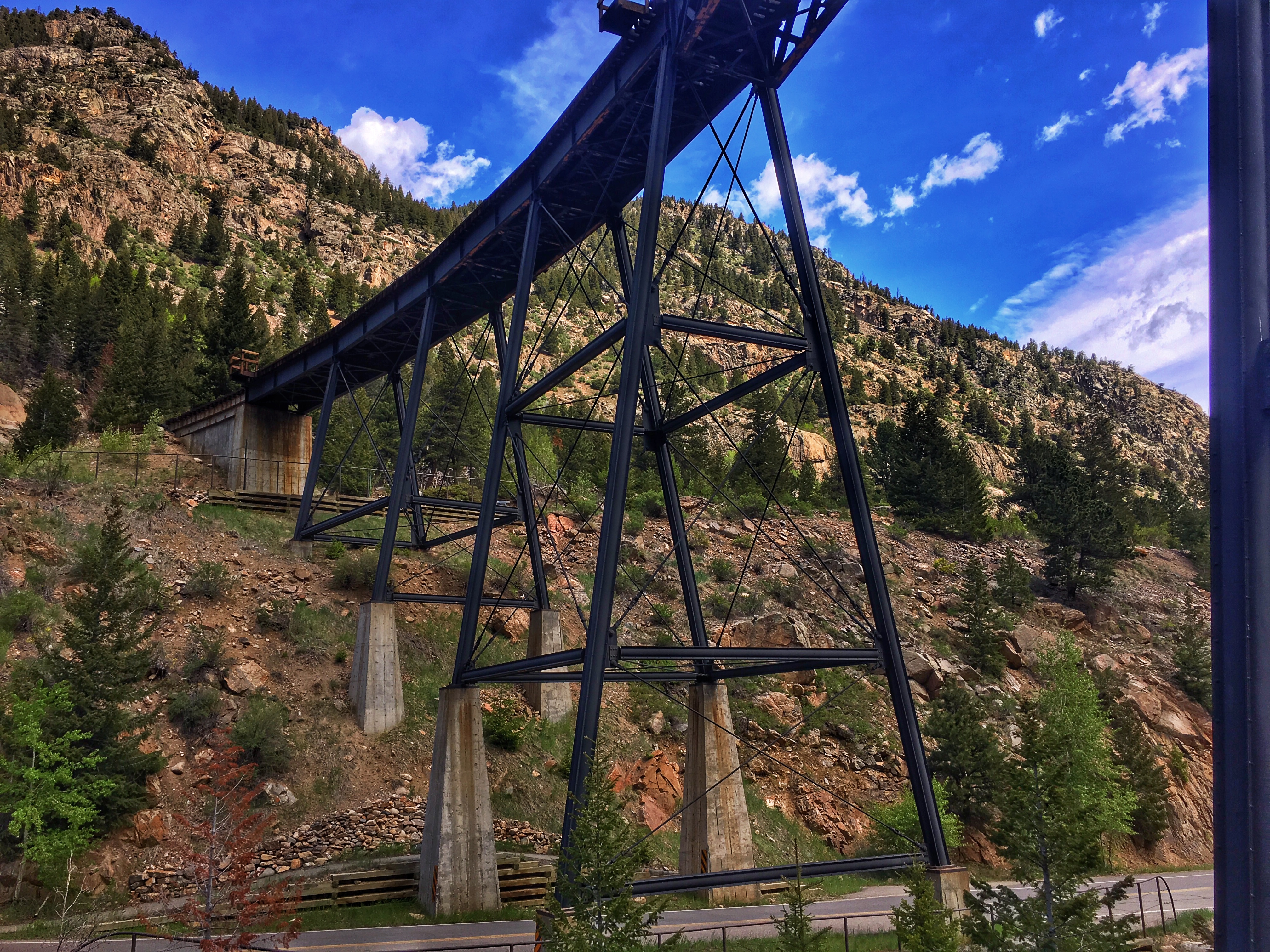 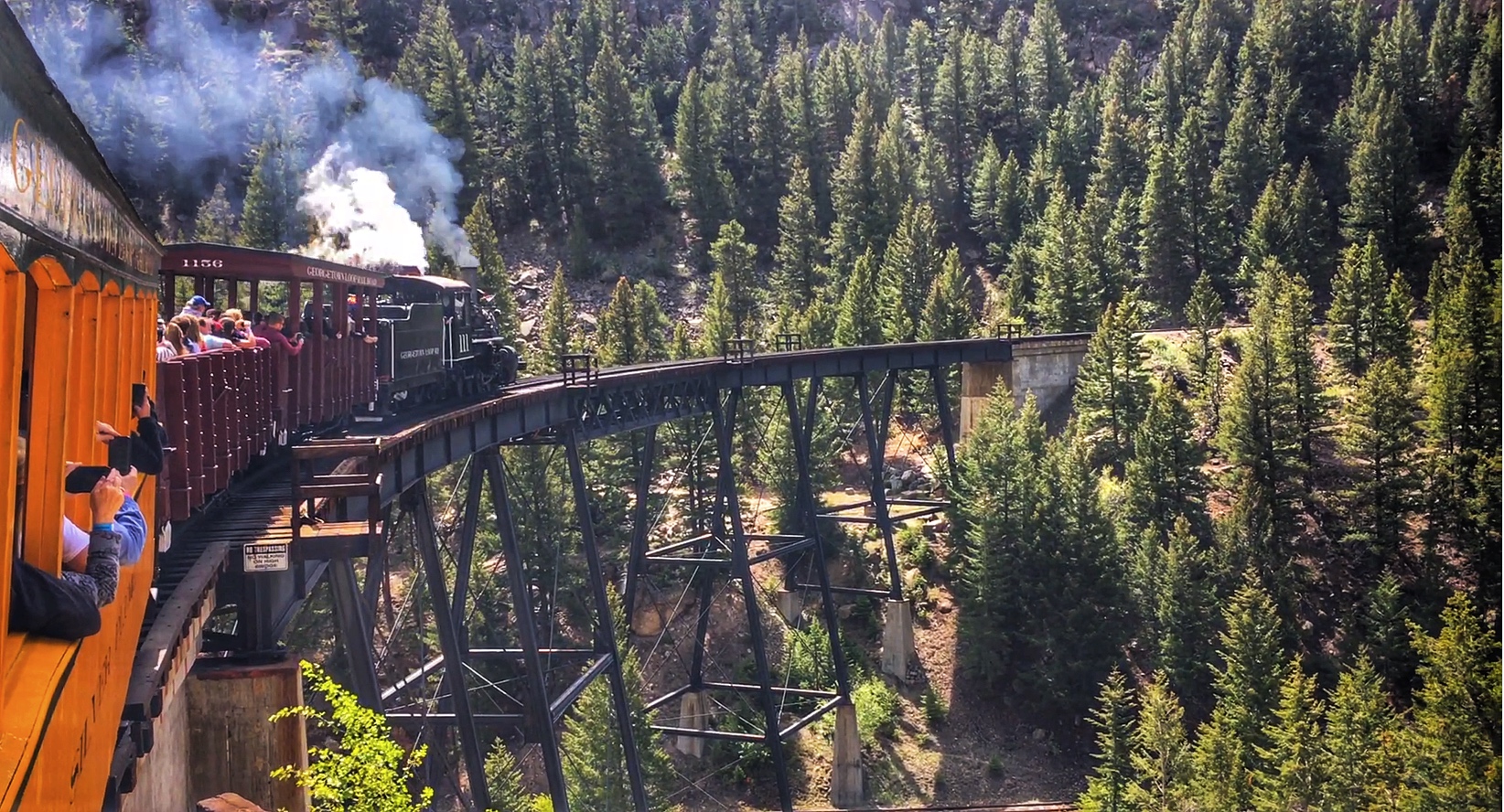 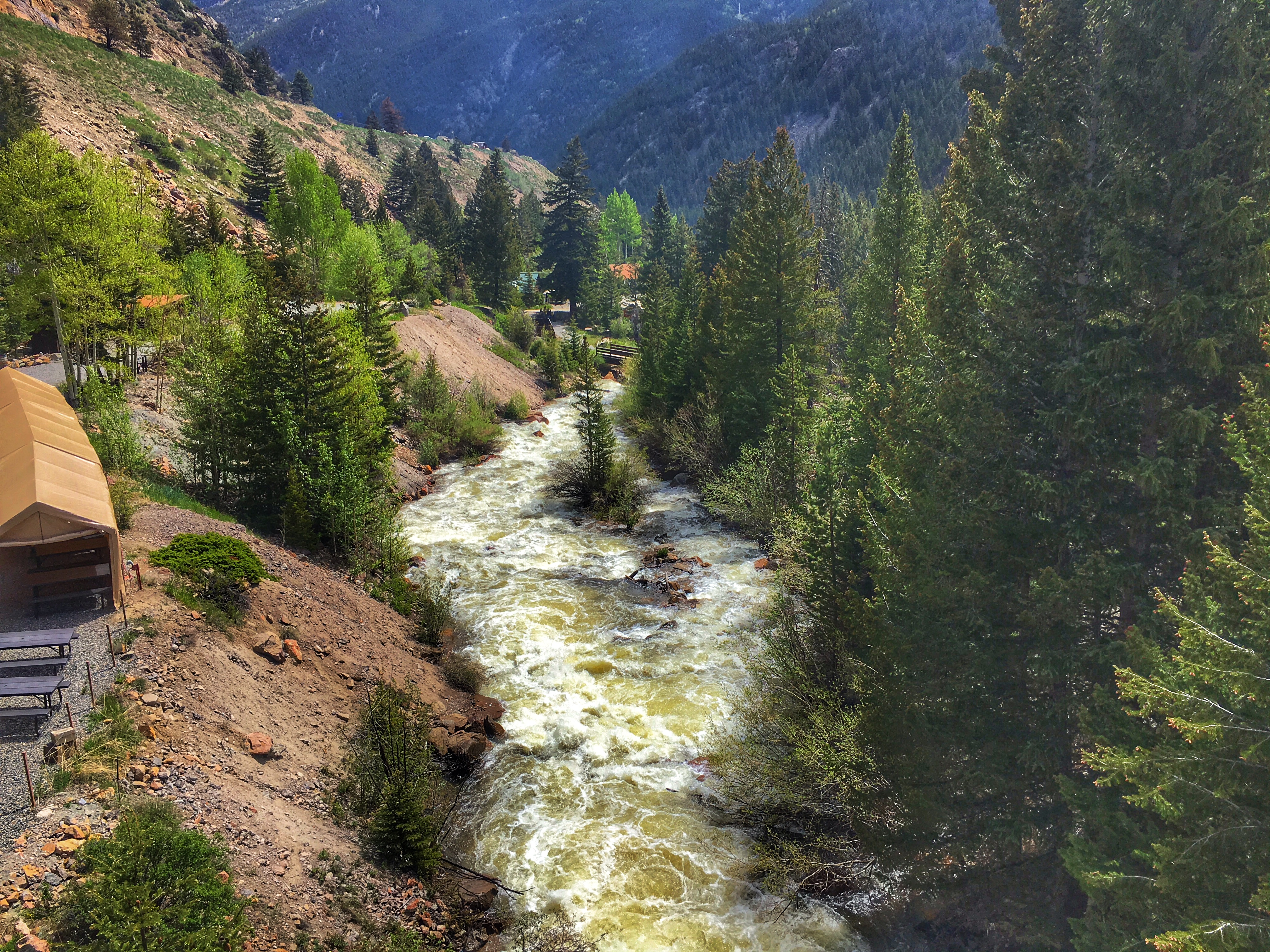 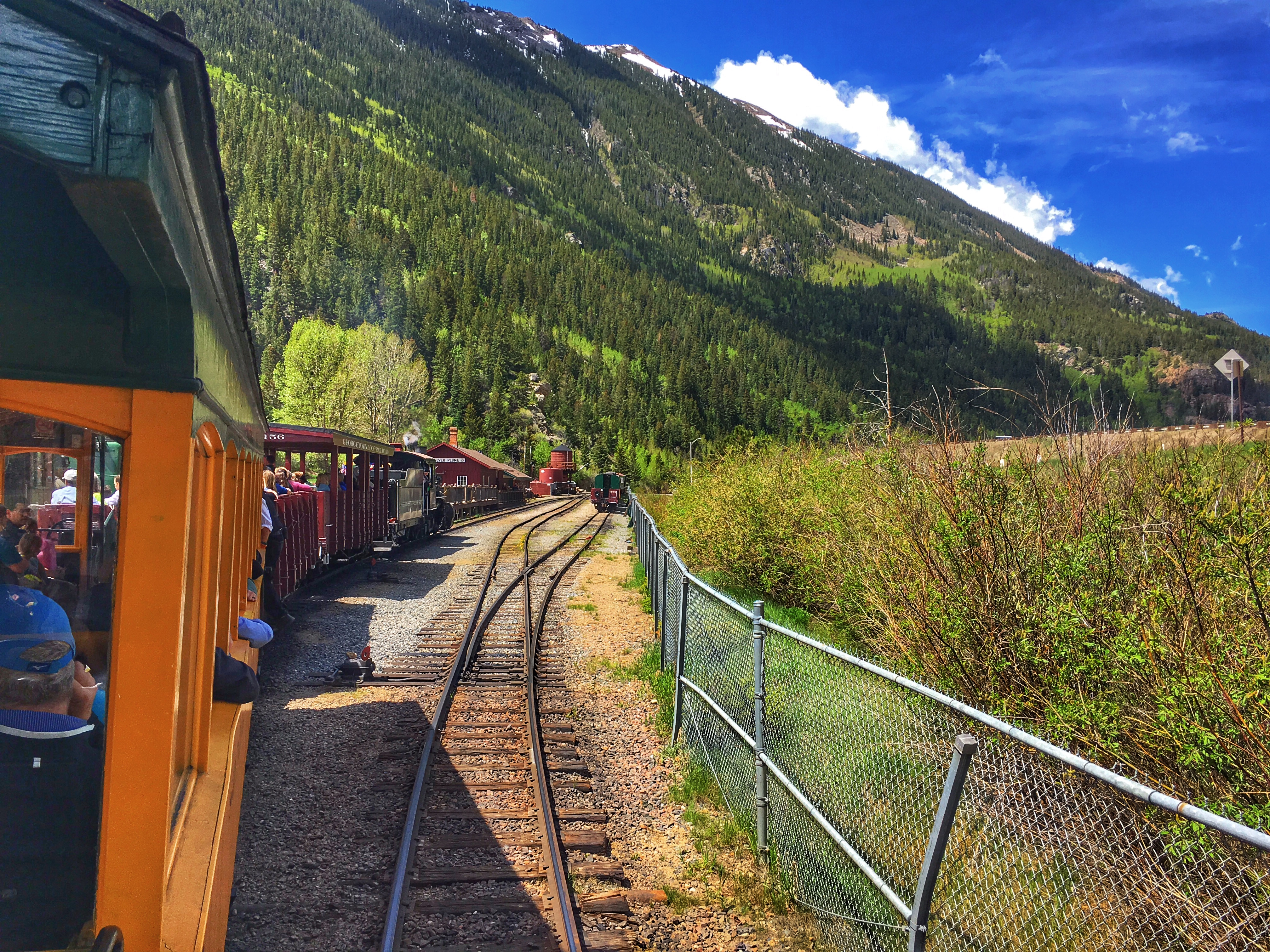 I found a place at the end of an open car where I could stand. It had a covering so I was shielded from the sun. Everywhere else, the benches faced each other so you had to either crane your neck back over your shoulder or stare at the people across from you. But for the final quarter of the trip, I joined my coworkers. 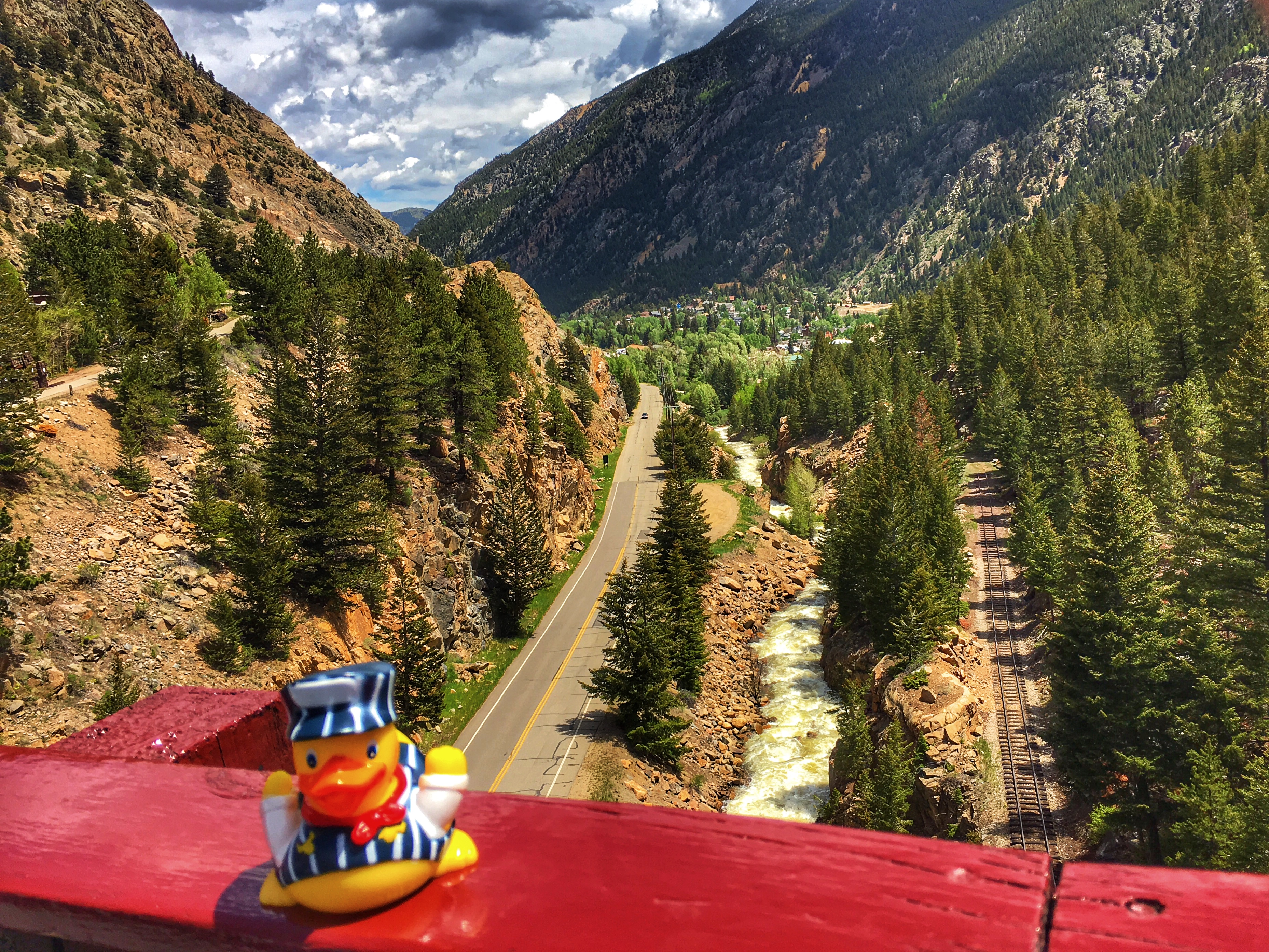 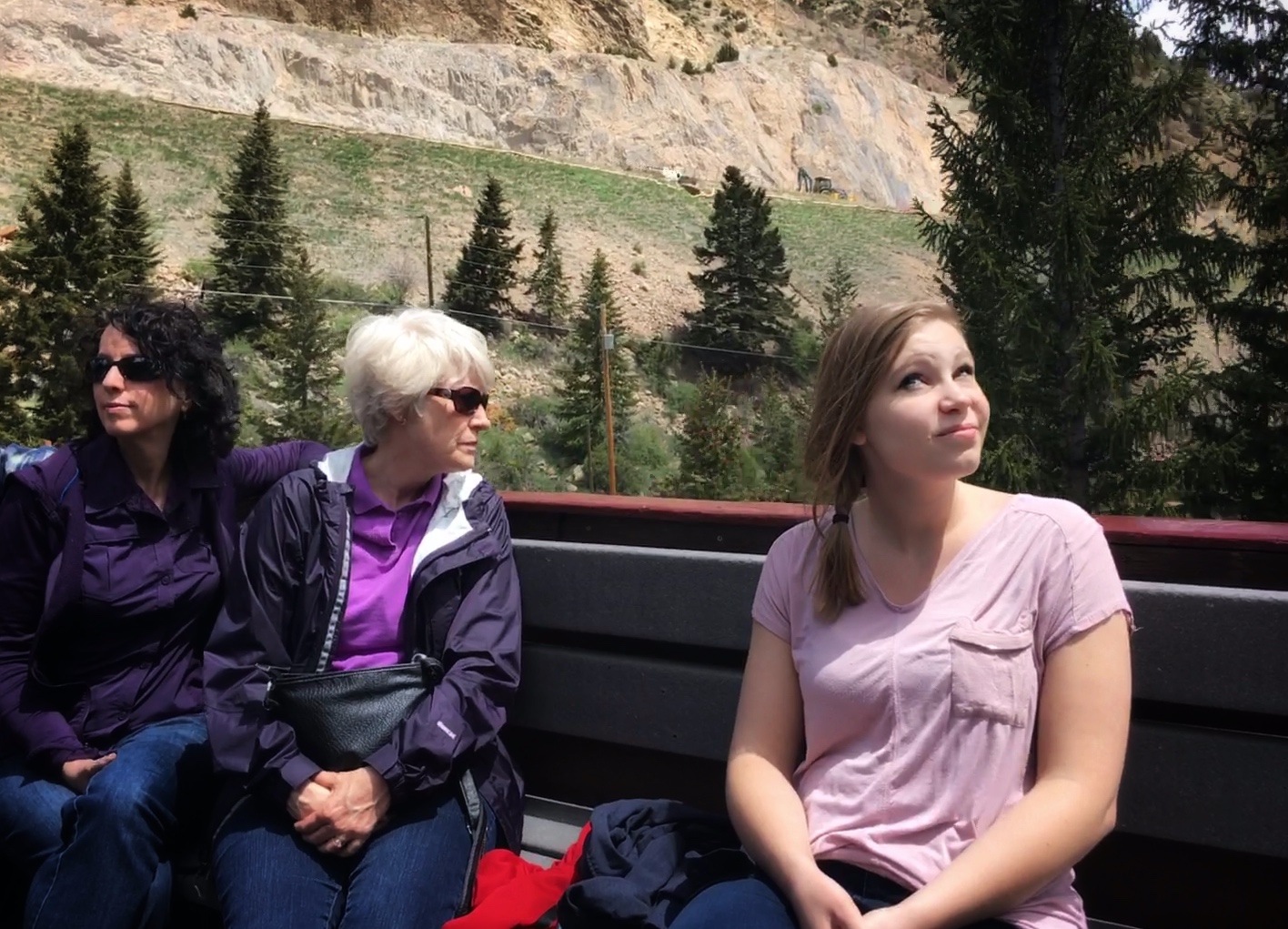 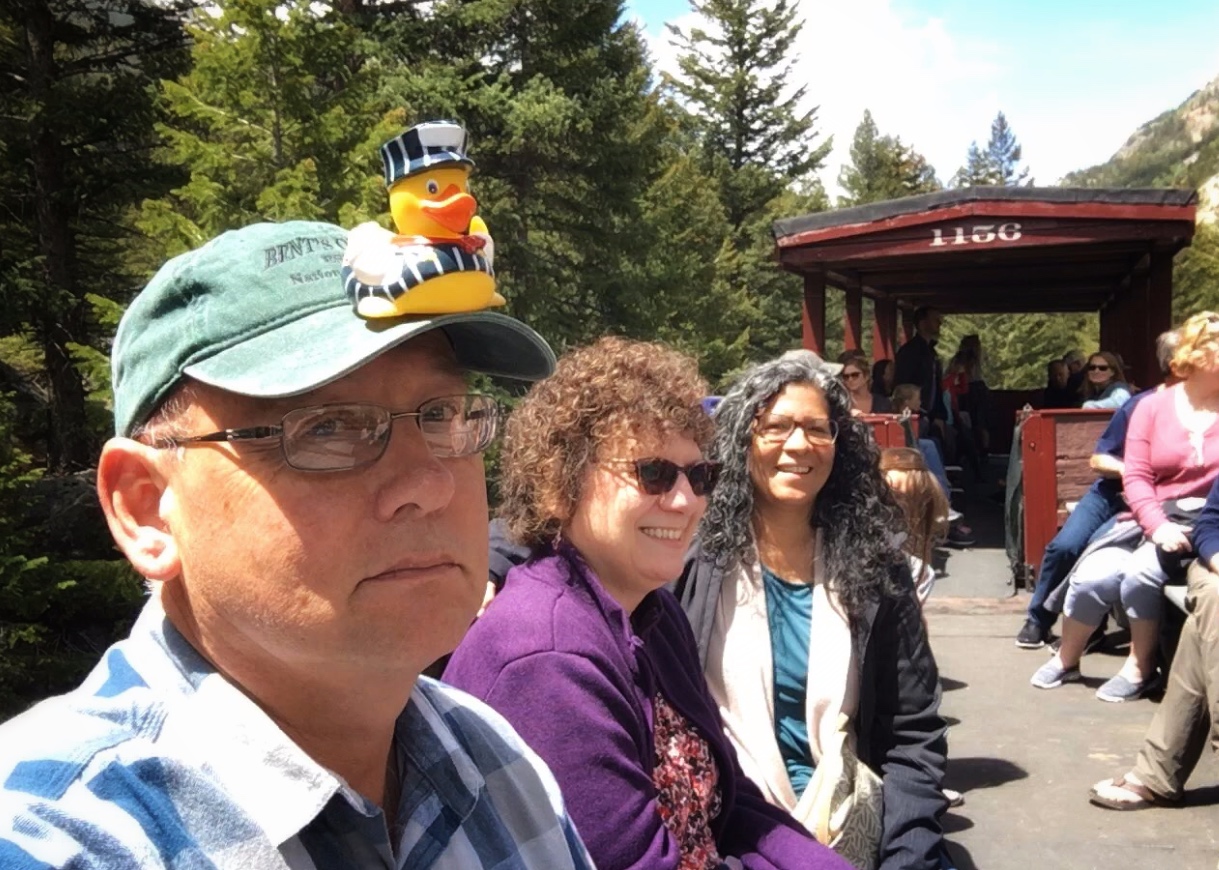 We ate lunch at a restaurant in Georgetown. Megan and I split a patty melt and an antelop/rabbit sausage. We wandered around downtown for maybe half an hour until the clouds rolled in and it began to rain.