I was disappointed to learn that there was an immature Neotropic Cormorant at the Pueblo gravel pit last week when I was there. I also forgot that I now get Good Friday as a holiday beginning this year. What do the two things have in common? Together, they explain my trip to Pueblo on Friday morning.

On my way through Valco Ponds to the gravel pit, I spotted an Eastern Phoebe flycatching along the Arkansas River. I’m pretty sure Lake Pueblo is the only place I’ve seen all three phoebe species. 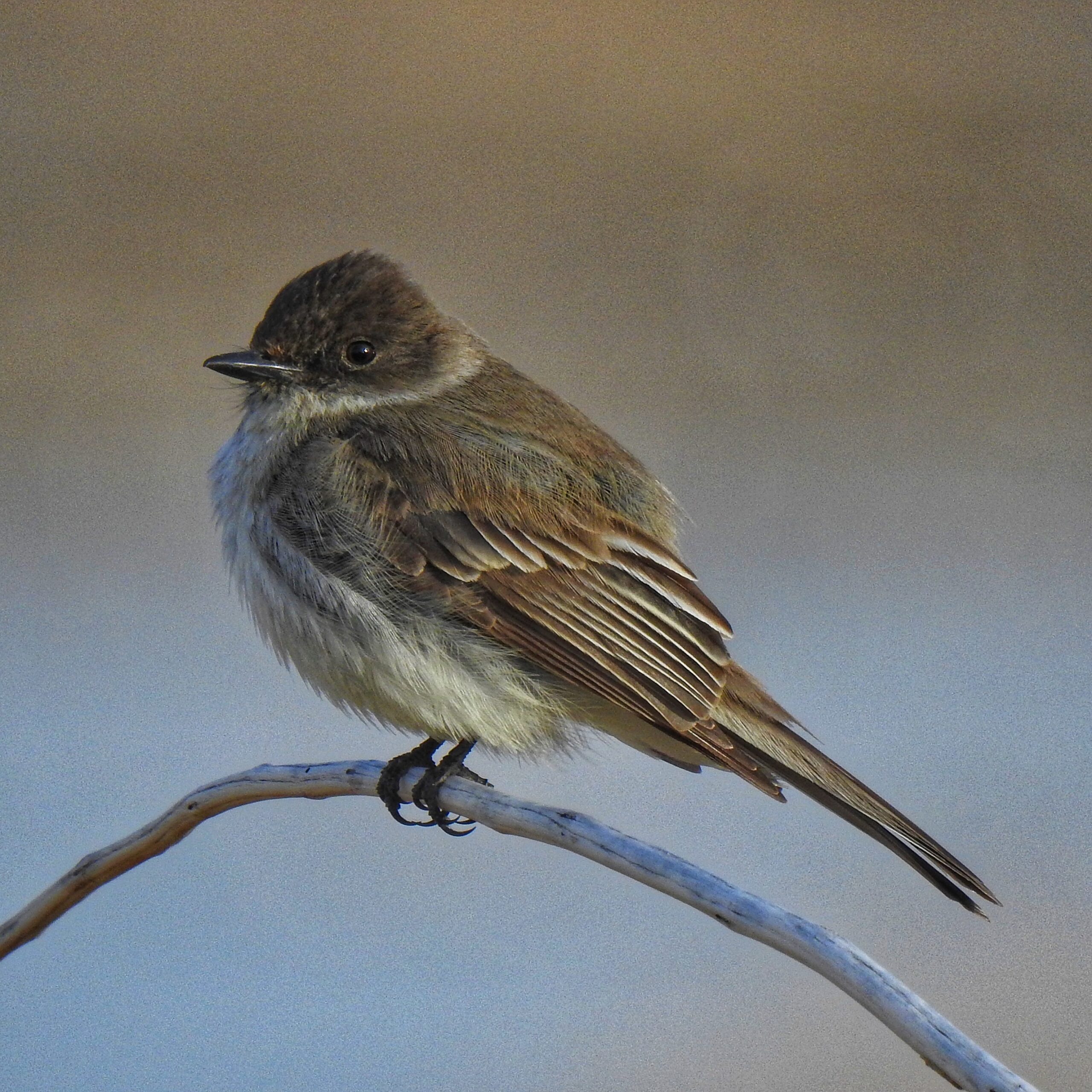 The pair of Osprey nesting on the platform were making themselves conspicuous. 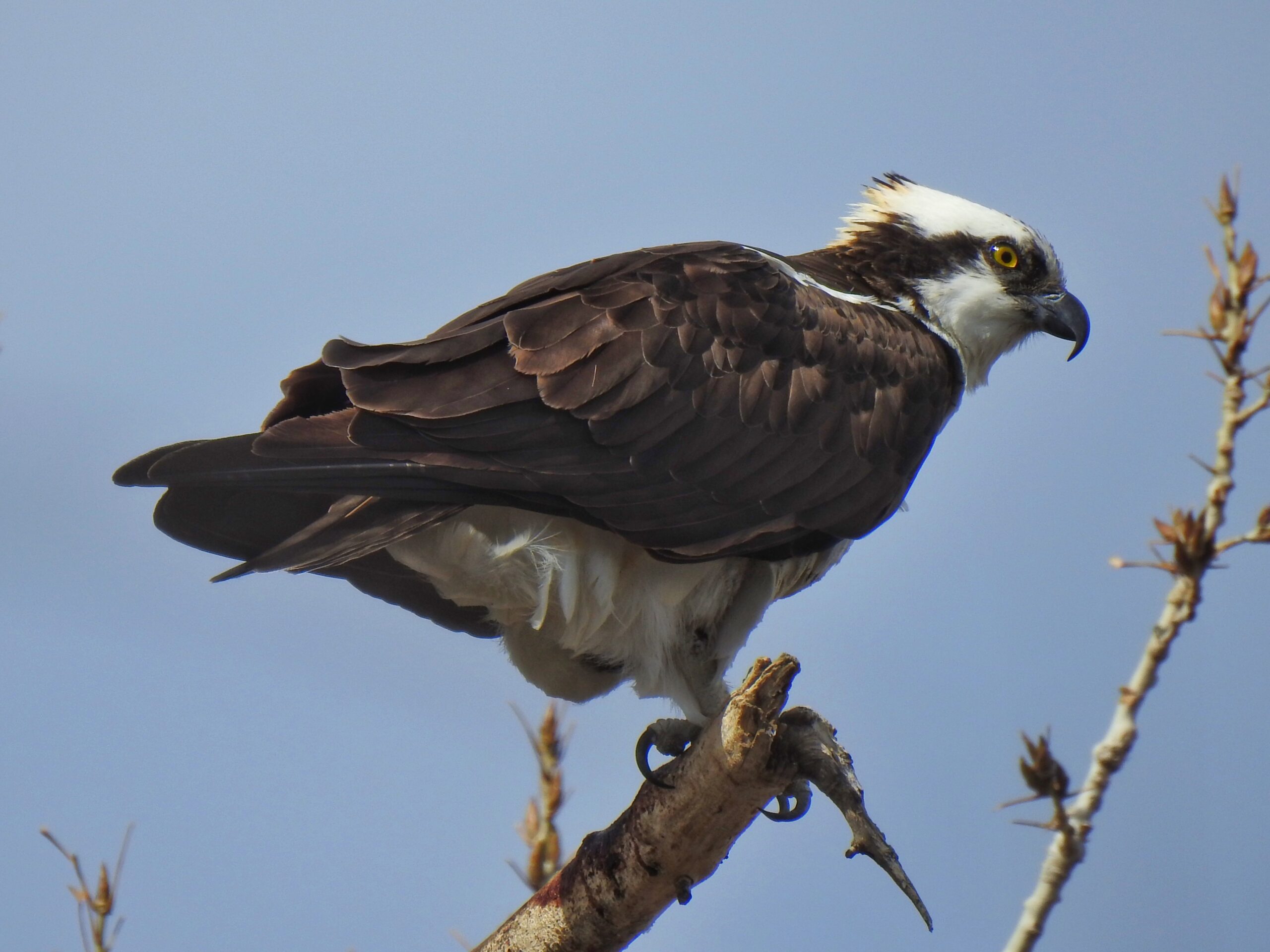 When I got to the gravel pit, I scanned through the row of cormorants on the island, but I was pretty sure they were all Double-crested. I figured I’d missed my bird, but then I found it standing by itself on a rock near the tangle of branches. There were also 200+ California Gulls in the area, including this one. 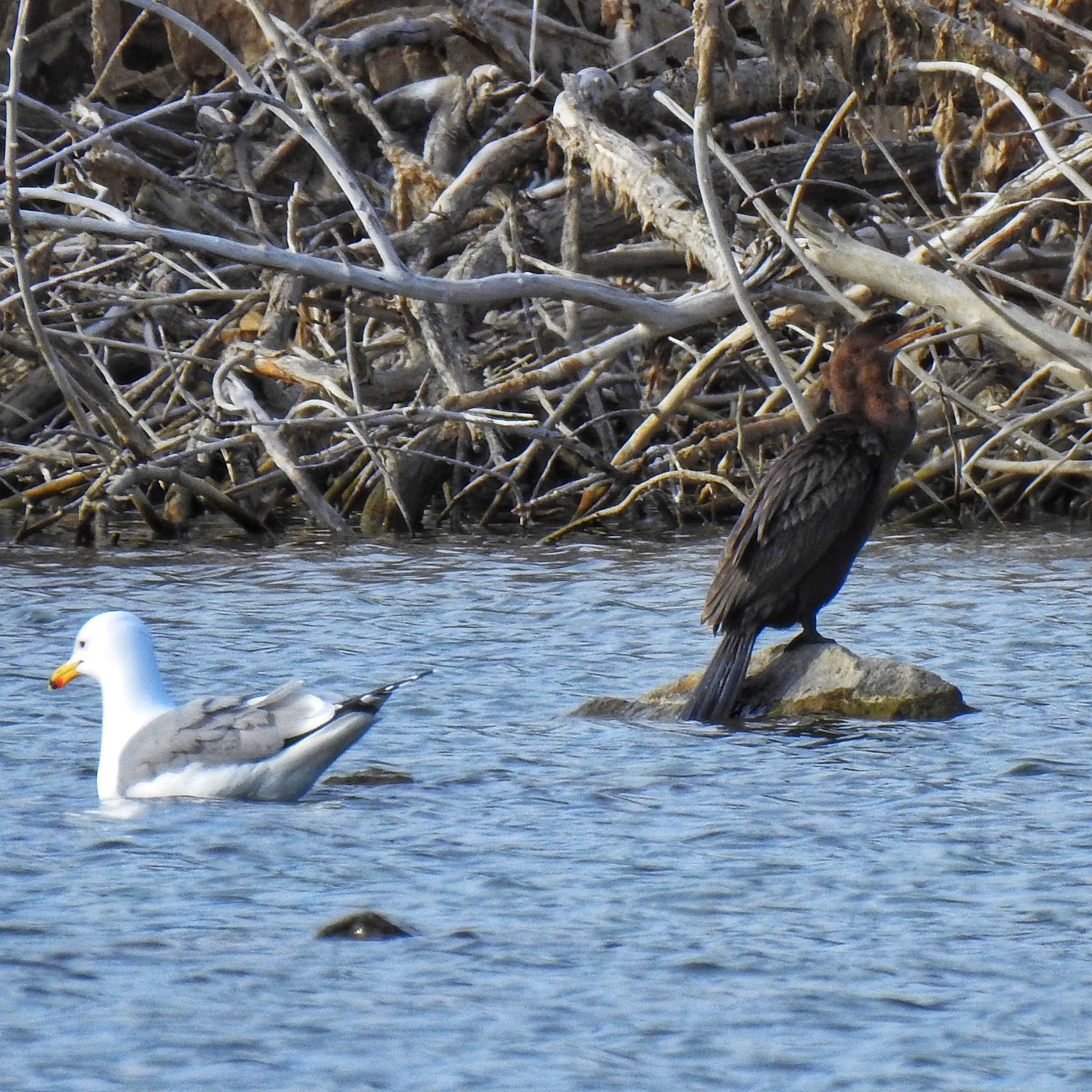 I couldn’t get very close to the Neotropic Cormorant, so my photos are somewhat grainy. That’s a male Gadwall in the background of the next two. 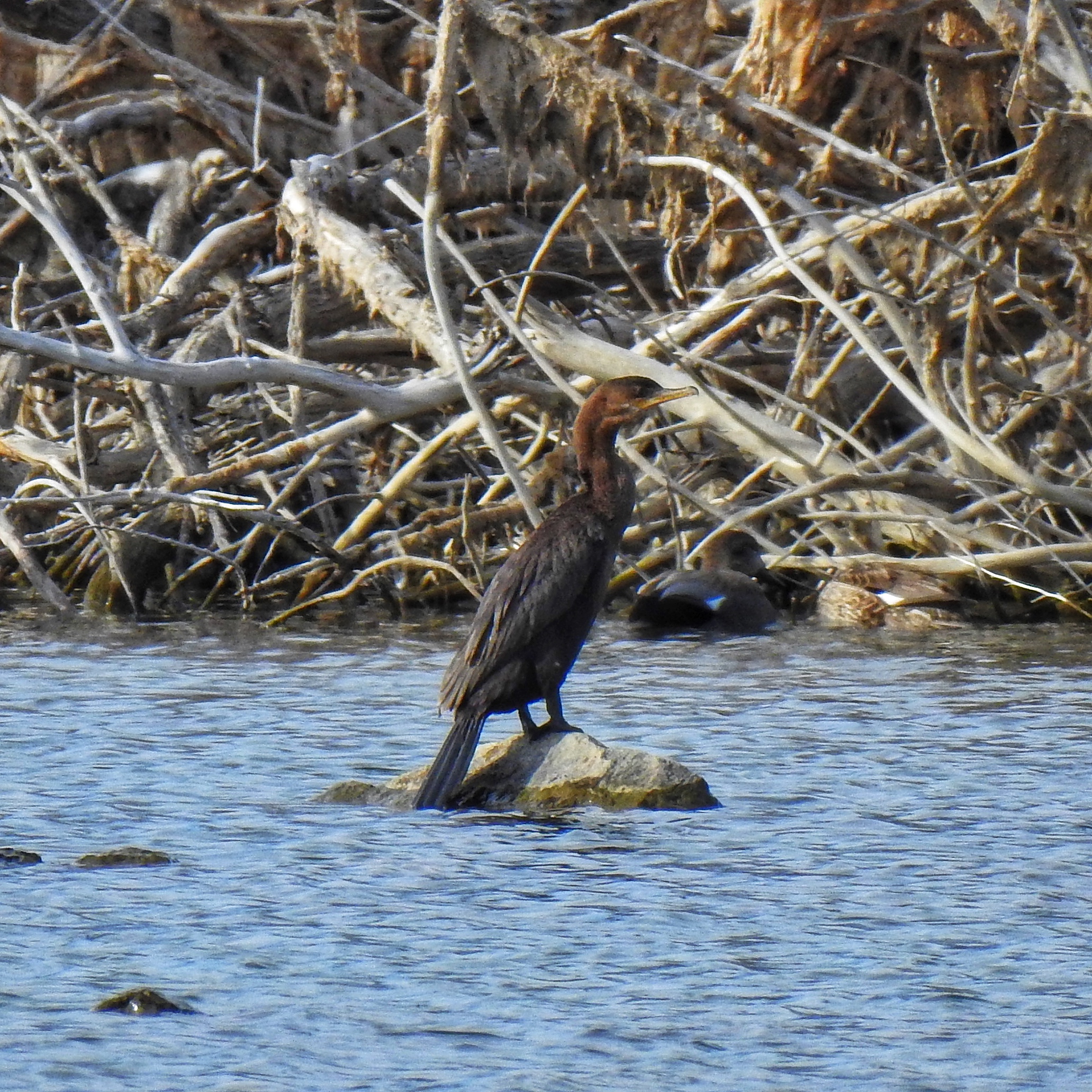 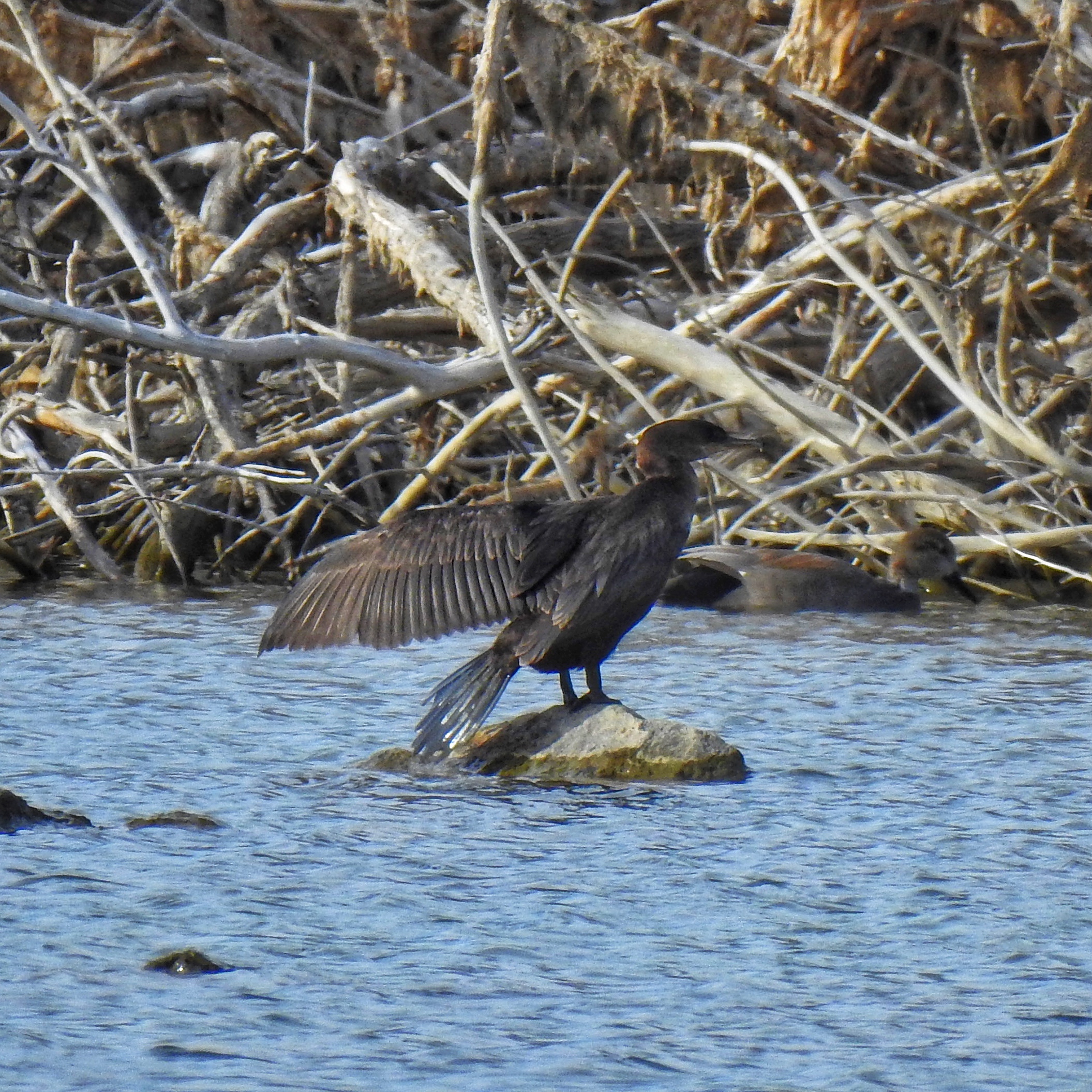 As I was walking back toward the river, I saw a guy with binoculars. I asked him if he was birding and he said yes. So I told him how to find the cormorant. He looked confused, then told me he’d seen a Red-winged Blackbird.

Several Double-crested Cormorants are nesting in a tall cottonwood across the river from the gravel pit. 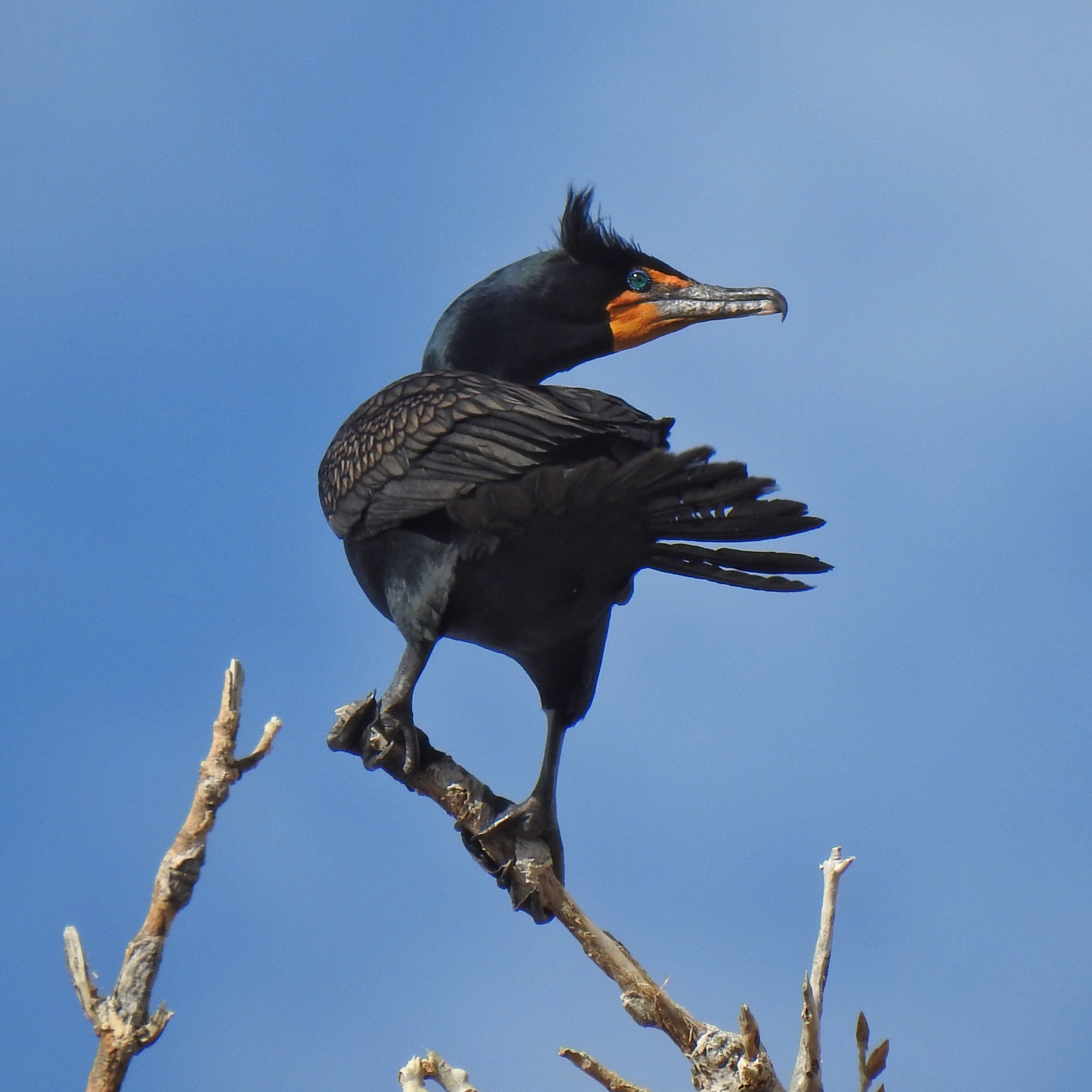