We visited here on one of our annual baseball junkets. The fort is tucked into downtown Fort Wayne along the Sewer Maumee River. There were several out-buildings, and the place was crawling with people dressed in period outfits — more reenactors, in fact, than there were tourists.

The buildings inside the fort were all cut in half, and the back walls formed the outside wall of the fort. The insides were pretty much interchangeable. We wandered around making disparaging comments and complaining about the admission price ($3.50 each). We watched demonstrations on sheep shearing and blacksmithing.

At one point, a parade went by — three guys marching in circles around the inside of the fort while one of them yelled commands. 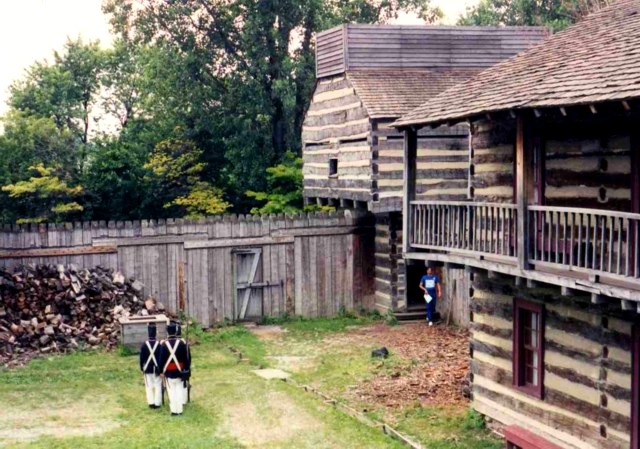 It actually was rather impressive for an inner-city reproduction, but it paled in comparison to Fort George, which I had visited just a week before.

The outbuildings with modern Fort Wayne in the background. 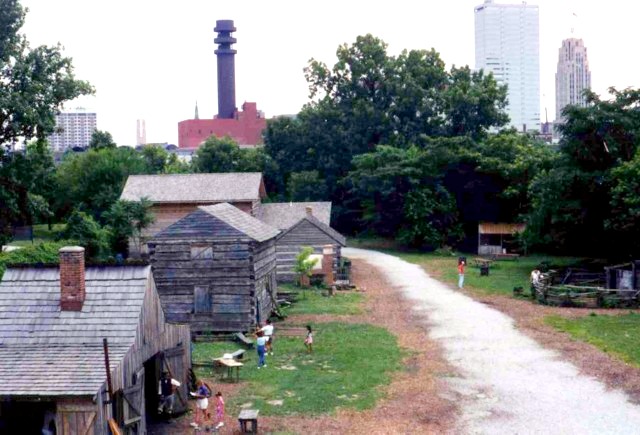