I’ve taken dozens of photos of Mountain Bluebirds, but I can’t get myself to stop. 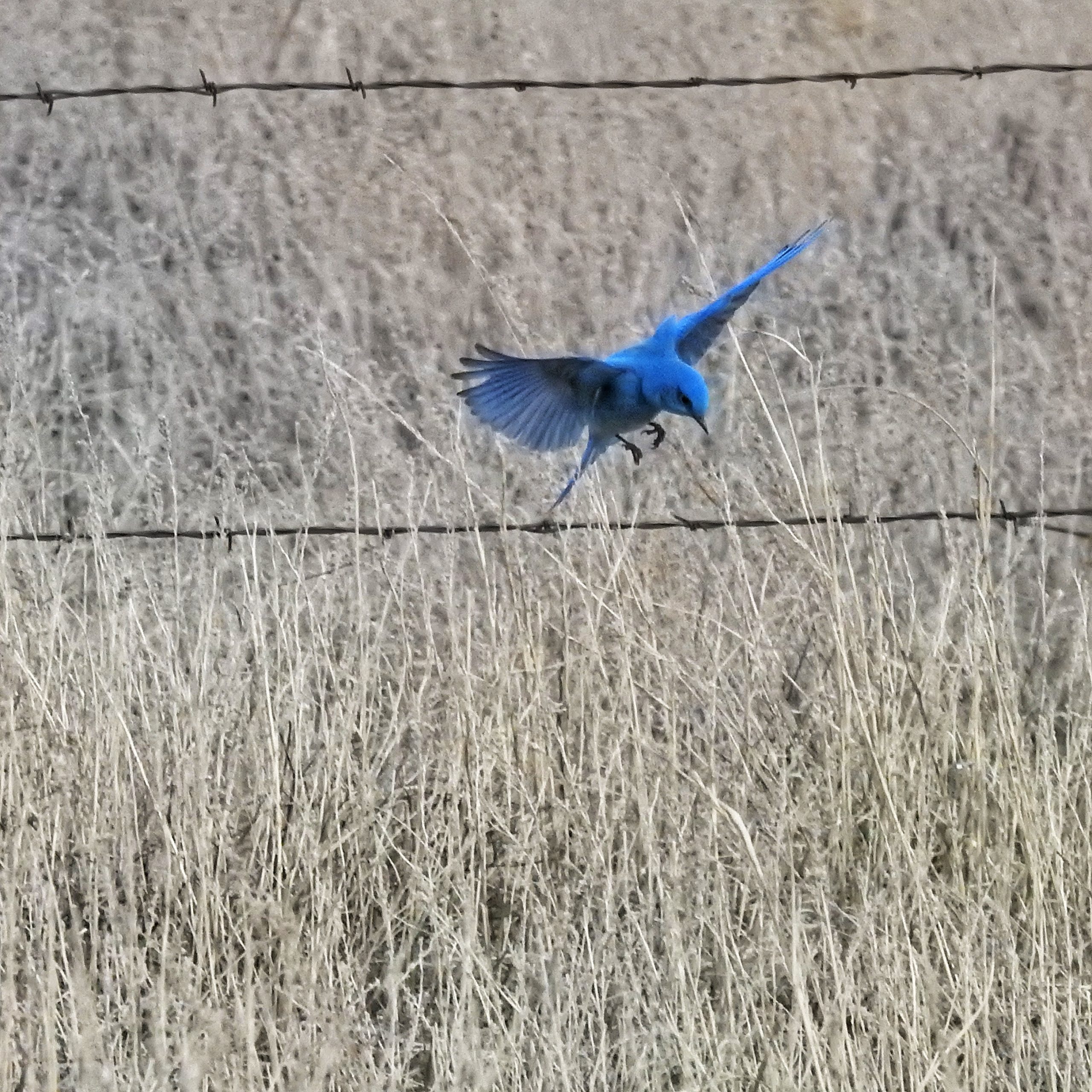 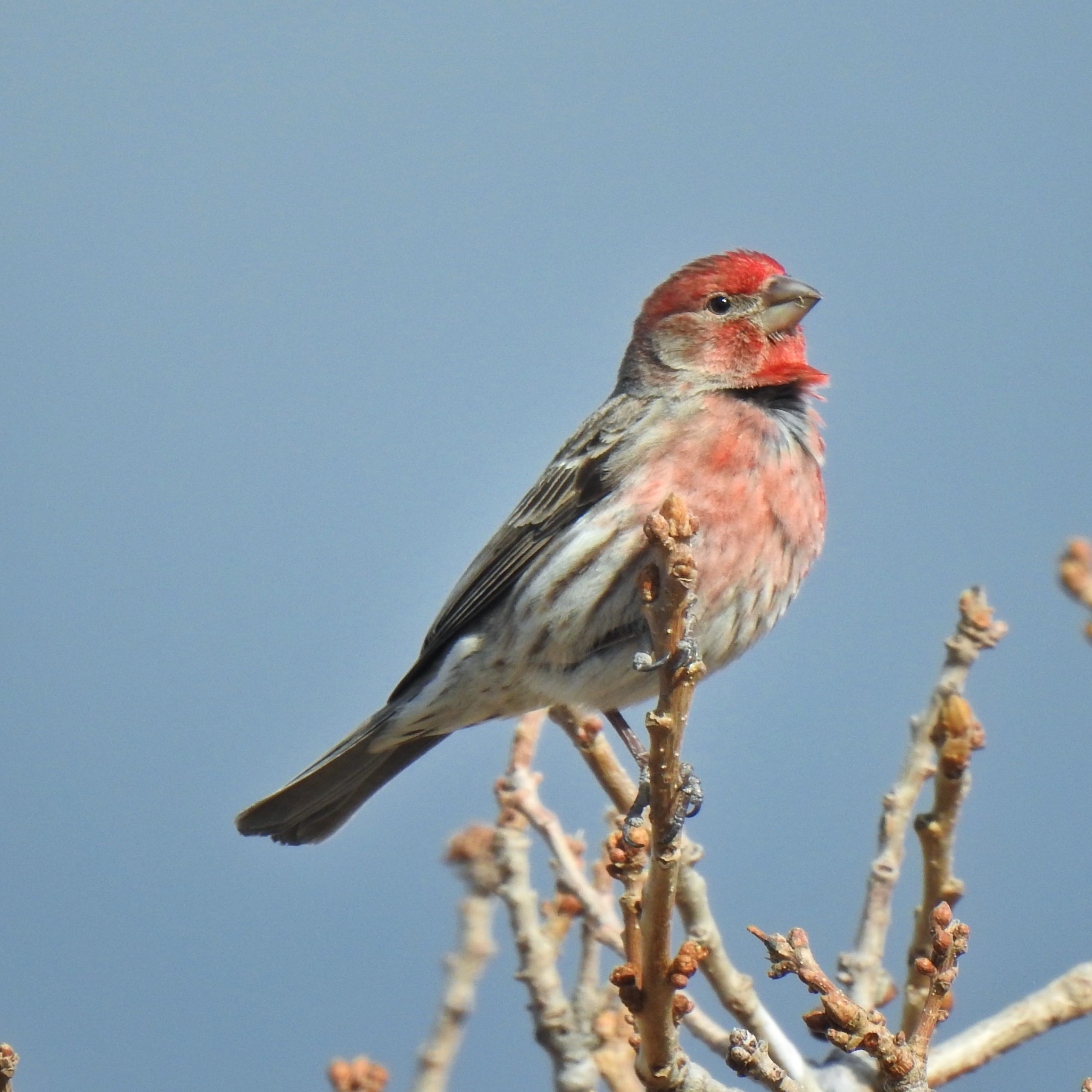 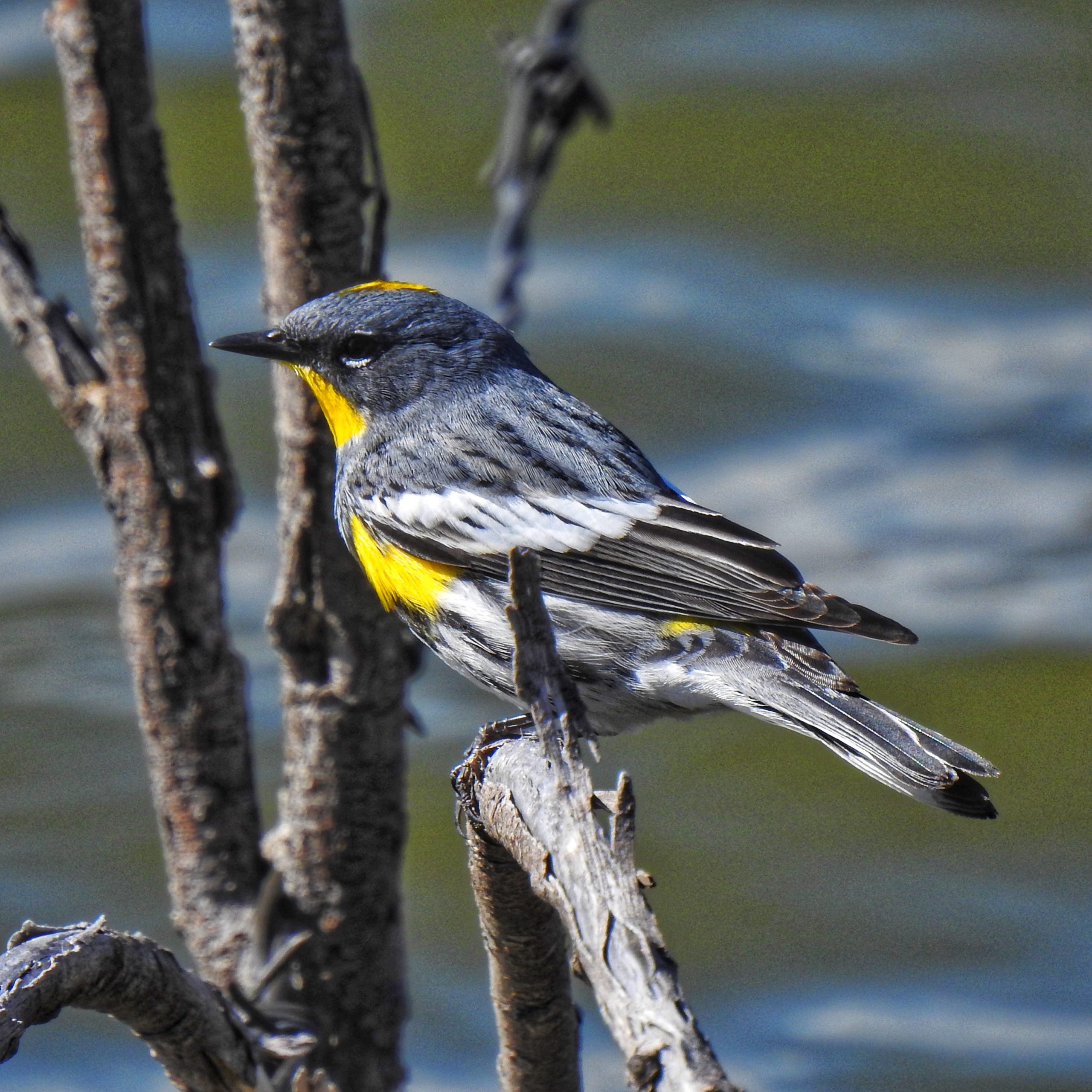 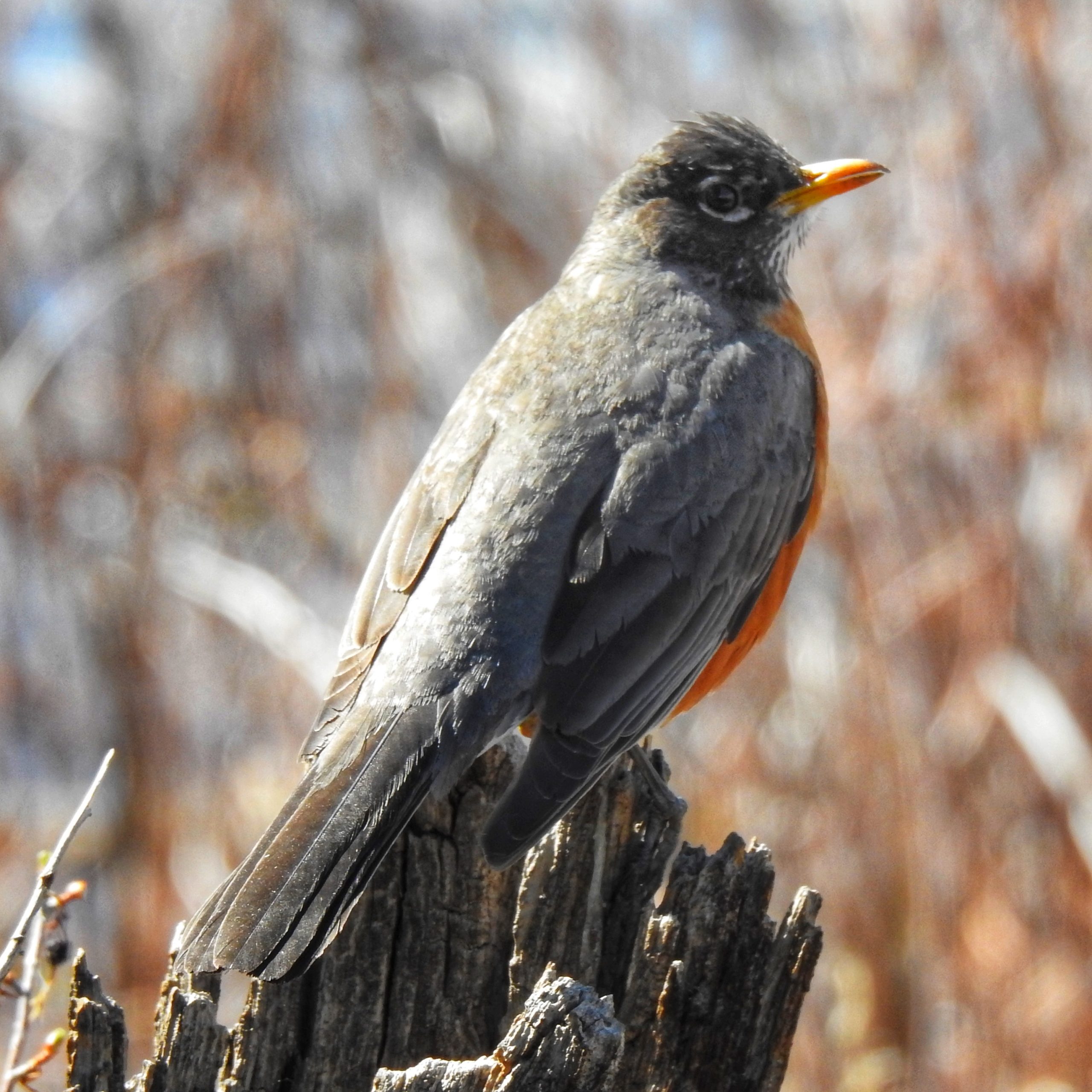 On two previous occasions, while walking along Black Squirrel Creek near the western-most stretch that I can get to, I’ve flushed an owl out of a pine and watched it fly across the creek into another pine. I’ve been listing it as a Great Horned Owl, but I wanted a better look at it to make sure because it just didn’t seem large enough. Tonight, it repeated its behavior, but this time it landed where I could see it. Great Horned, as I suspected. 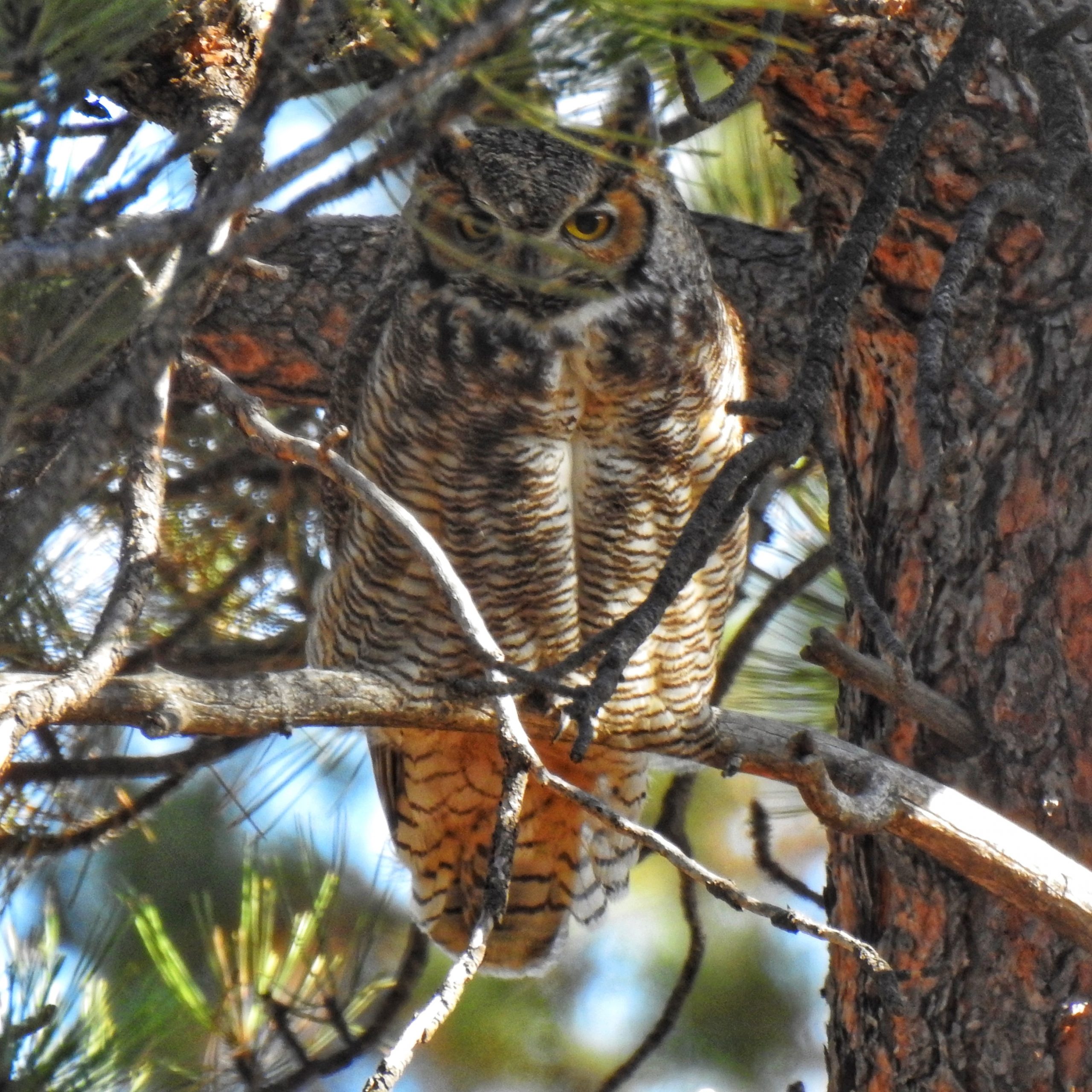 And that’s it. I’ve gotten a little burned out on local birding—the local open spaces aren’t spectacular and they are surrounded by ever-encroaching construction projects. I’m not sure there’s a spot on my walks where I can’t see something in some stage of being built. These project are shrinking the wild spaces and creating noise and confusing that has greatly reduced the amount of wildlife I see—particularly along Monument Branch. An off-ramp is being built along I-25 and for some reason the heavy equipment is constantly driven right through the supposed Preble’s Jumping Mouse habitat that was set aside to protect the species. Not just driving through on the same track, but every time I go I find new portions beaten down with crushed brush and new ruts across the creek. I have no idea why it’s being allowed, but it’s ruining what was a fair place to get away.