We were on our way to Pennsylvania to spend a week-long  vacation. I decided to stop at Municipal Stadium and accomplish a number of things: 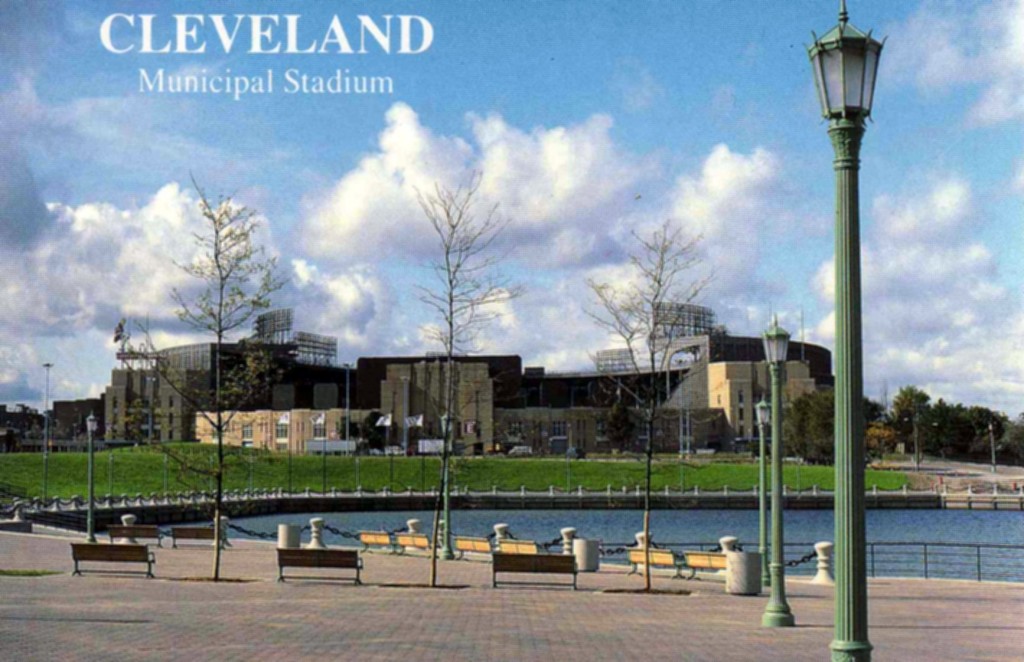 It so happened that the Indians only had two Wednesday afternoon games all season, and this was one of them. We parked next to the stadium on the shore of Lake Erie and walked around the outside to take pictures. 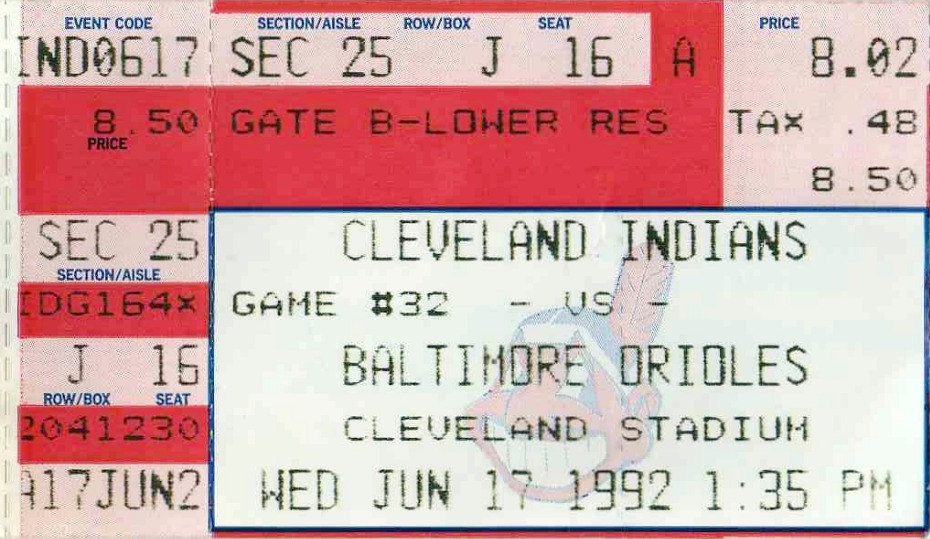 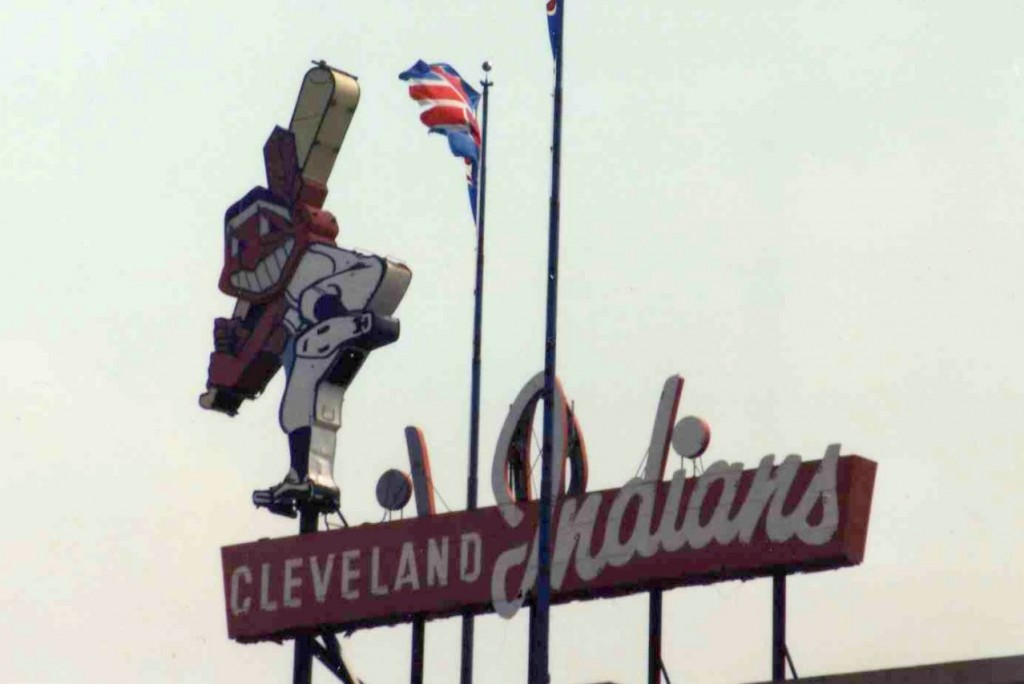 The right-field stands from outside the stadium 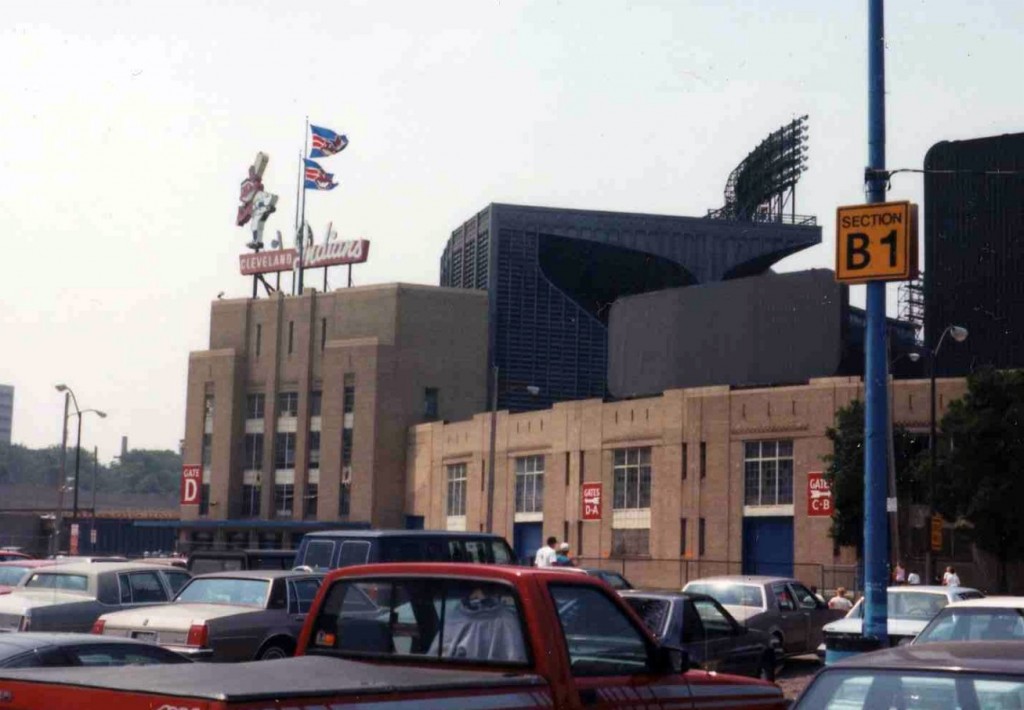 The first-base side of the stadium. Downtown Cleveland is off to the right. 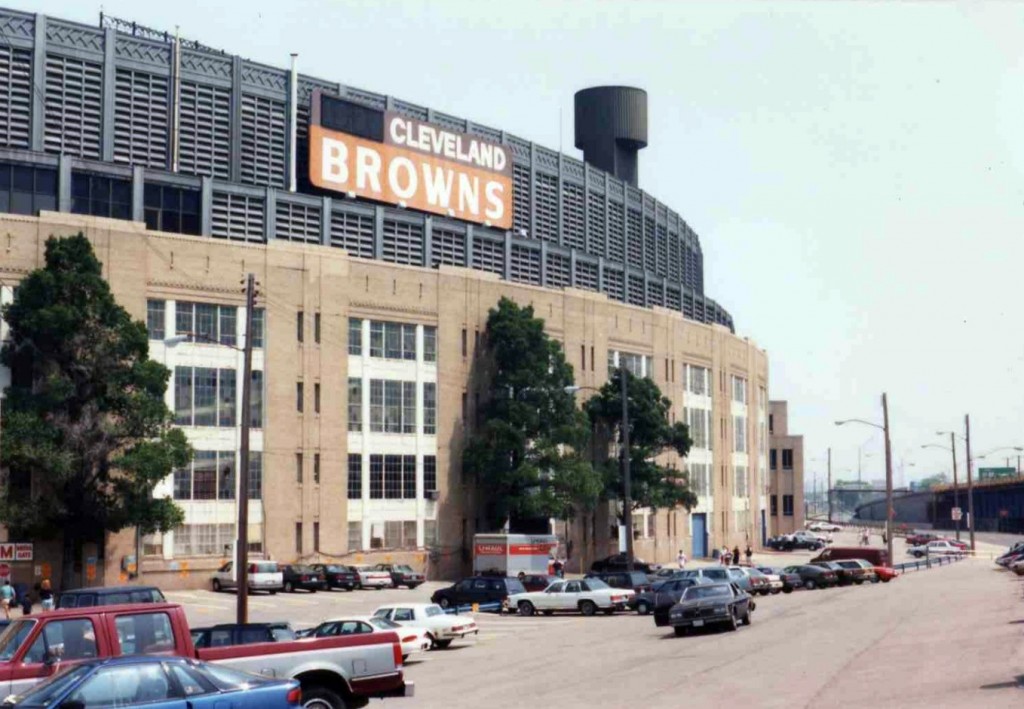 The third-base side. Lake Erie is just beyond the trees. 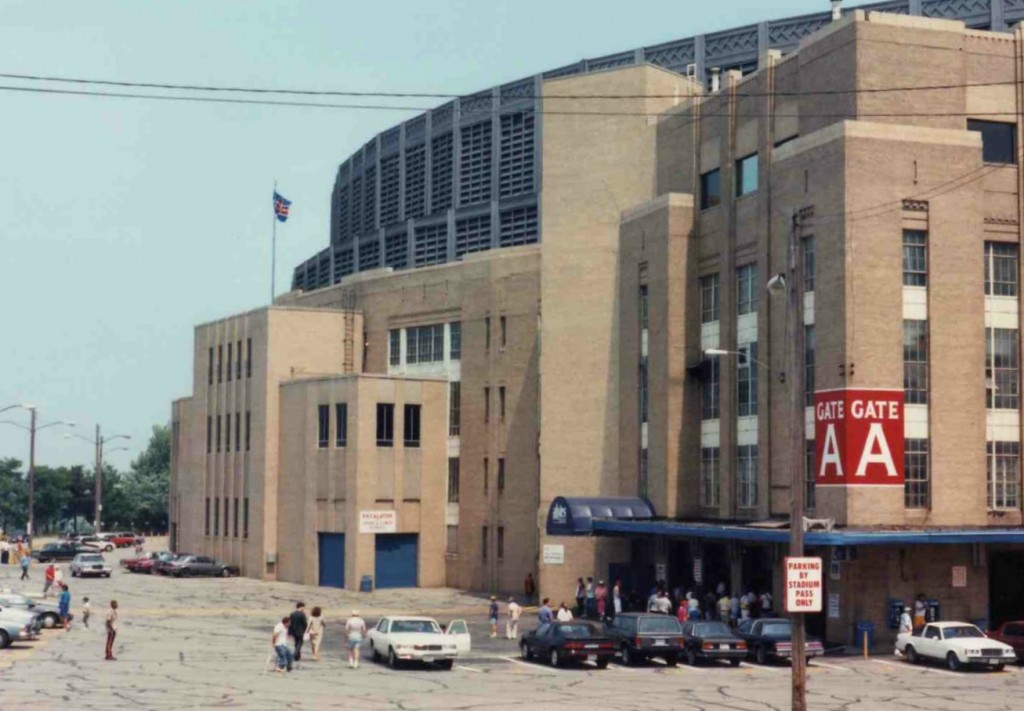 The stadium looked like a large, ugly warehouse. It was surrounded by an asphalt parking lot that went right up to the walls. There was no landscaping anywhere. The inside of the stadium was immense. Attendance this day was 11,334, and they were lost inside the place.

Our seats were in the reserved grandstands, even with third base and up about 30 rows from the field. We were in the shade, which was nice. It was in the 80’s, and the sun beat down all day. 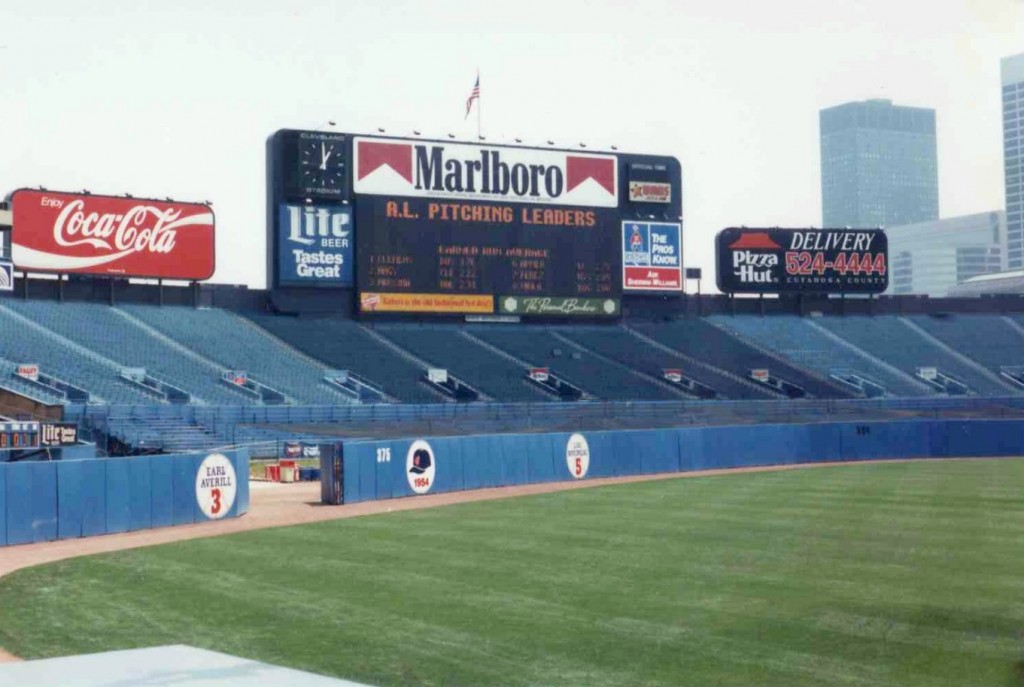 Looking in from the stands in left field 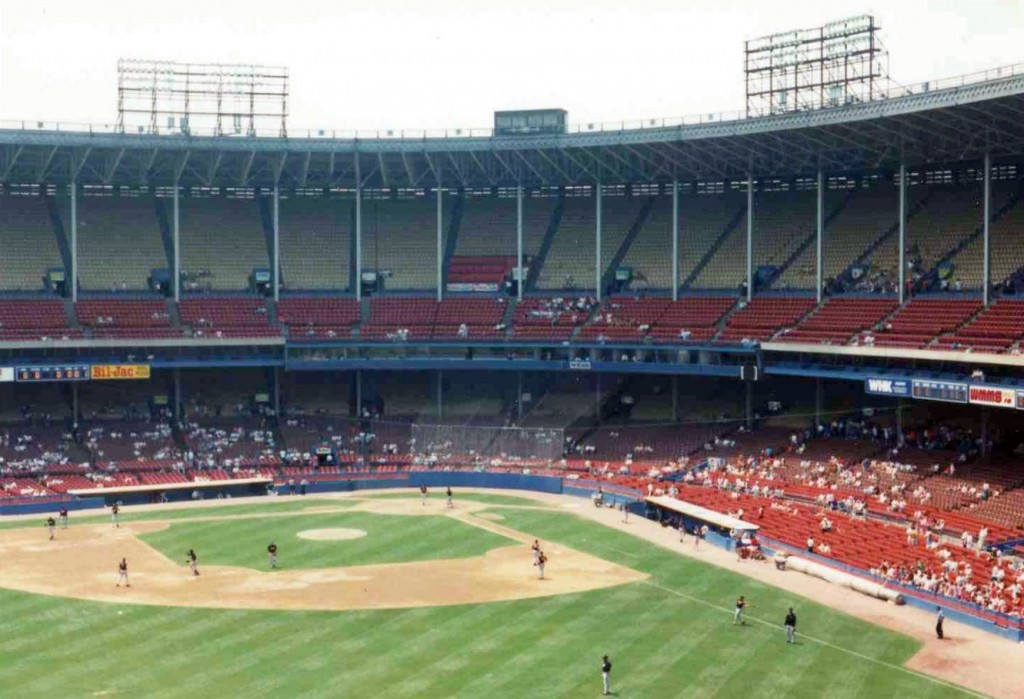 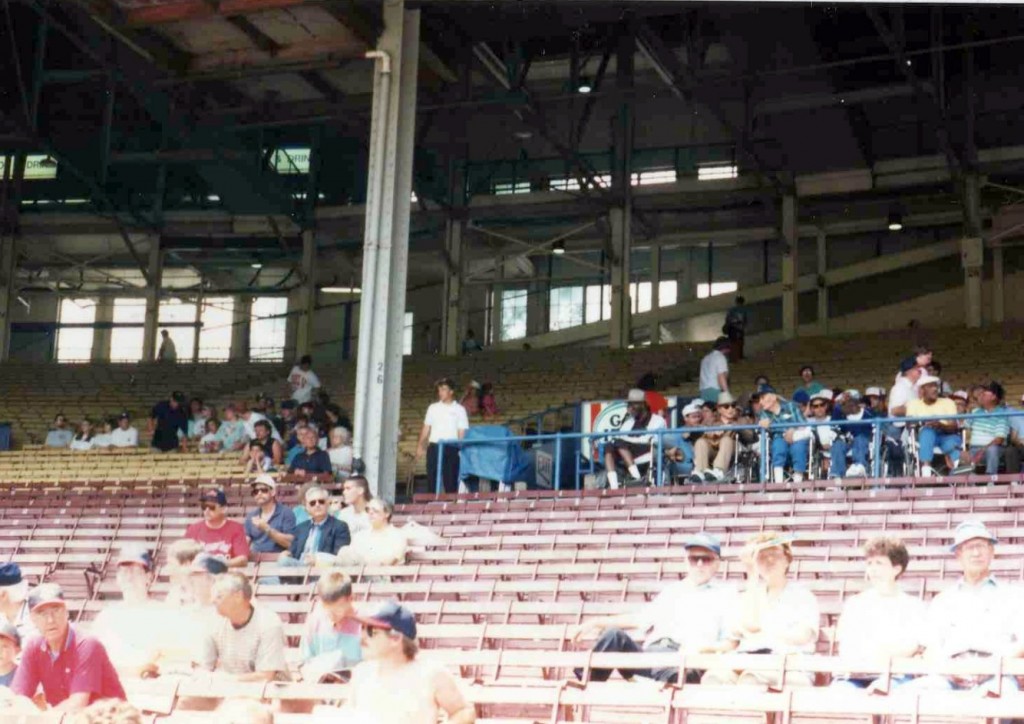 My daughter didn’t have a clue about what was going on, but she loved it because she could scream anytime she wanted to. And she did. She rooted for the Indians and cheered them on regardless of which team was batting. There was nobody behind us except rows of empty seats. There were people in front of us, but we figured that if she annoyed anybody, there were plenty of empty seats they could move to. One gentleman chose this option about halfway through the game after giving us a telling look. But if you can’t scream at a baseball game, where can you scream?

A few noise-and-smoke fireworks went off after the National Anthem, and my daughter got excited. I told her there might be more if the Indians hit a home run, so she kept yelling, “Please, hit a home run if you can!” Although it was polite, it was ineffective. There were no home runs, but there were a few more fireworks after the Indians won. 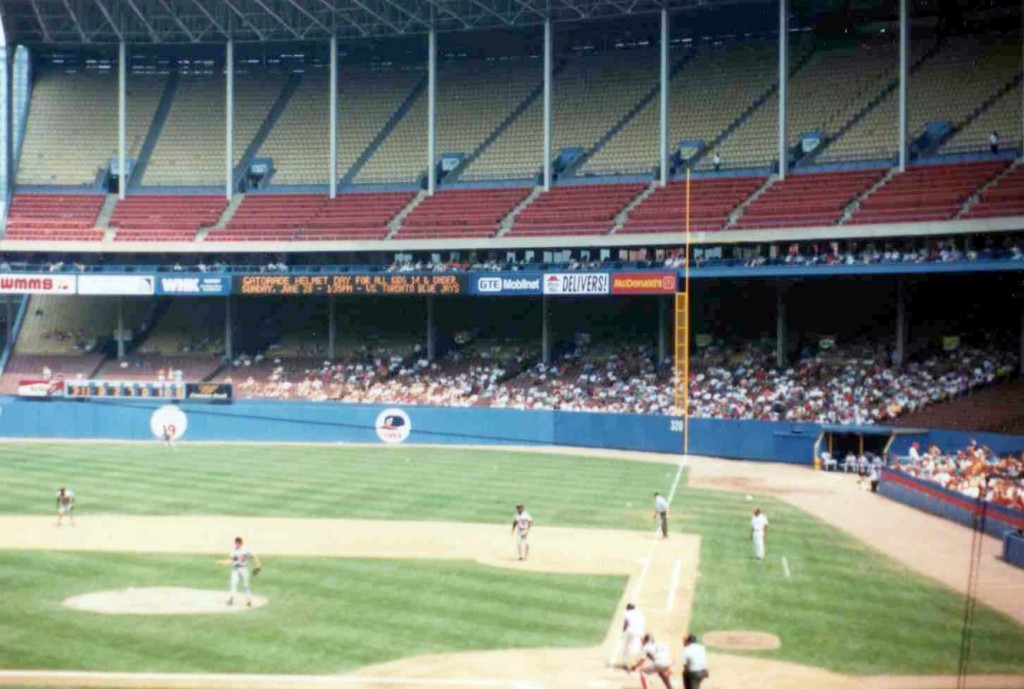 I took the left-hand photo (below) looking down from the left-field stands into center field. Notice how far it is from the fence to the seats. 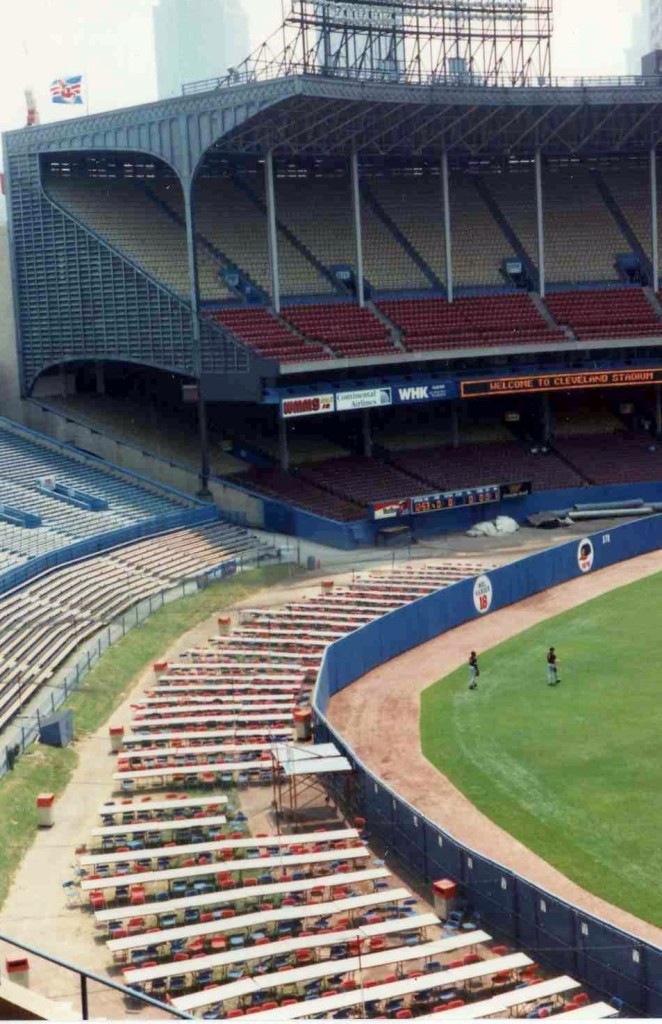 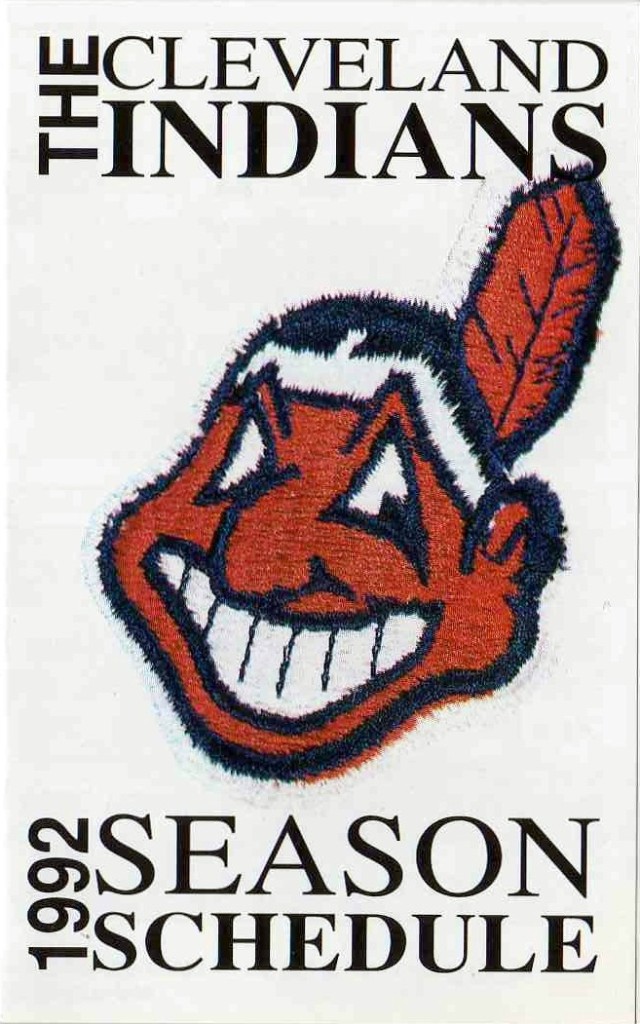 The game was a good one, although I didn’t care who won. We had a long drive ahead of us, so mostly I rooted for the game not to go into extra innings. Both starting pitchers, Mike Mussina for the Orioles and Charles Nagy for the Indians, made the 1992 All-Star team.

Cal Ripken, Jr. at the plate 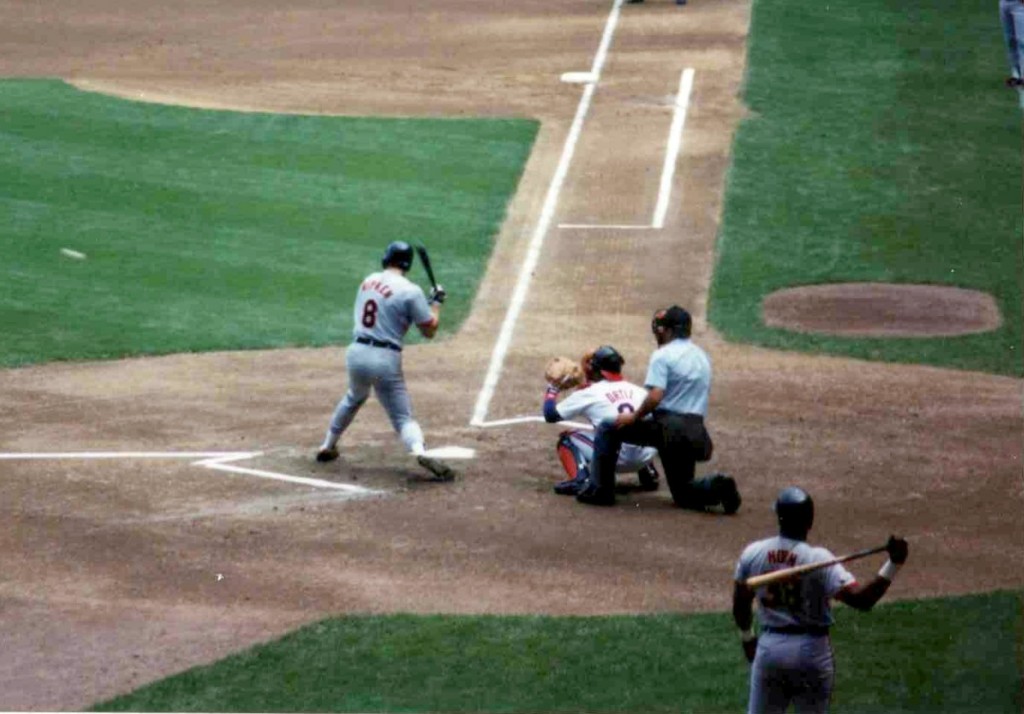 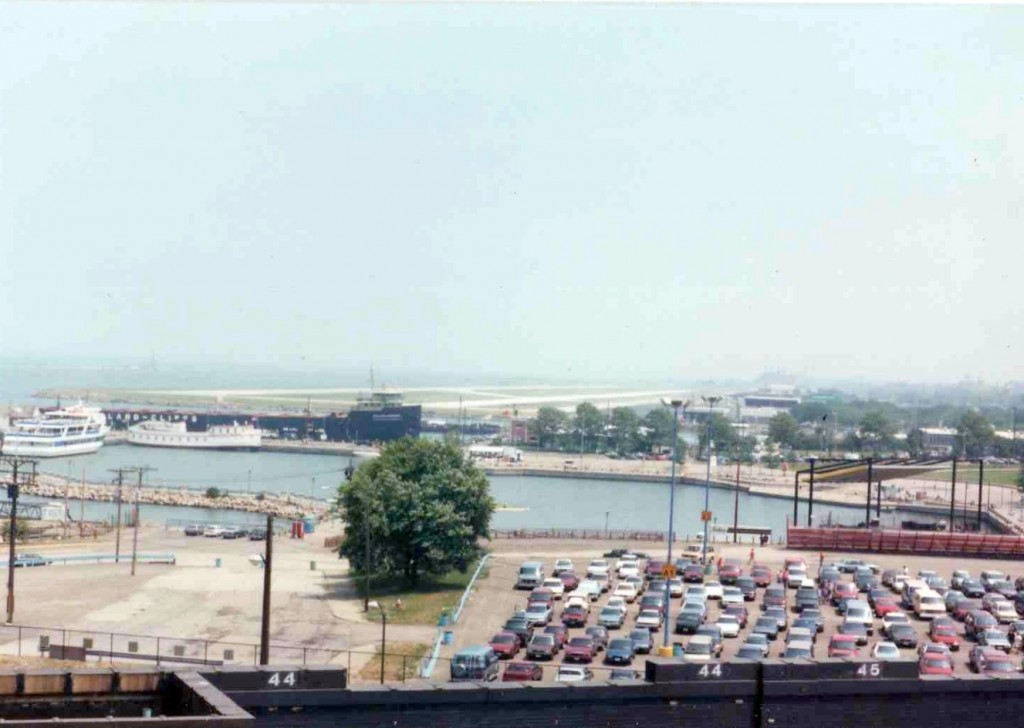 It was a short game by American League standards, and we were out to our car by 4:00. At 5:00, we were about 40 feet from our parking spot, just starting to disentangle ourselves from a massive snarl of fans departing the game into afternoon rush hour traffic complicated by multiple area construction zones. 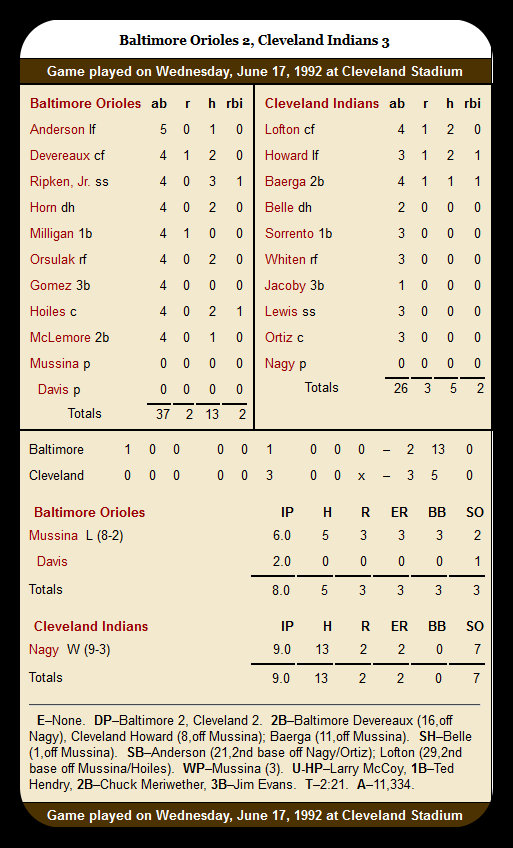