We were in the Cleveland area primarily to see James A. Garfield’s house. It was a very muggy day with frequent thunderstorms. We parked three blocks from the stadium (for $8.00) and wandered about the neighborhood and the gift shop until the gate opened.

Our seats were high up (row U) in the upper deck just beyond first base, three rows from the back wall. I bought a program, a pop and some peanuts. The tarp was on the field, so there was very little to look at. 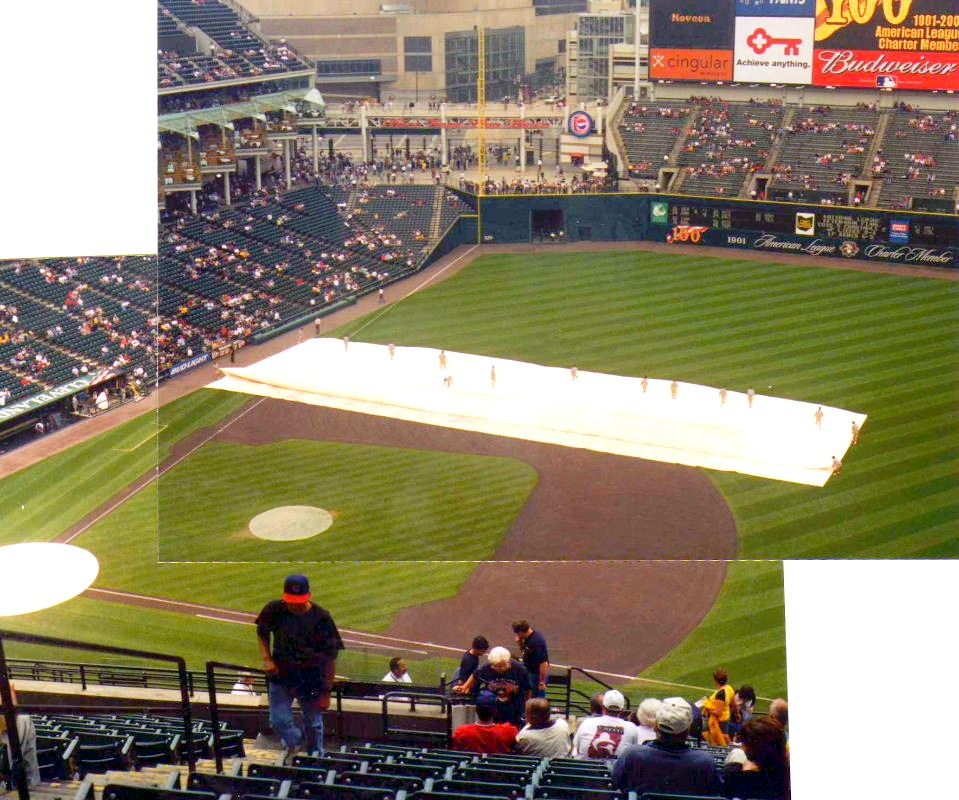 The game was pretty exciting. The Indians scored three runs in the bottom of the first. The Twins came back with five in the top of the second. The Indians scored four more in the bottom of the second. Then the rain hit and there was a forty minute delay. We discovered one advantage of sitting where we were — we didn’t get wet.

When the game resumed, the Indians scored two more runs in the fourth. The Twins scored one run in the fifth. We saw four home runs. We knew more rain was coming, so as soon as the game was official (five-and-a-half innings) we left. It was drizzling as we walked to the car. A lot of people were leaving, but traffic wasn’t heavy. I stopped for gas at a nearby station ($1.38/gallon), then pulled onto the interstate. We listened to the game on the car radio. As we passed the stadium, the rain hit. It poured. There was thunder and lightning all around us. It was coming down so hard, the groundskeepers couldn’t get the tarp on the field. The game was called after six-and-a-half innings. The Indians won the shortened game 9-6.