We saw the 48th game ever played in the Indian’s new park. It rained for most of our trip, but stopped about three miles from the park. 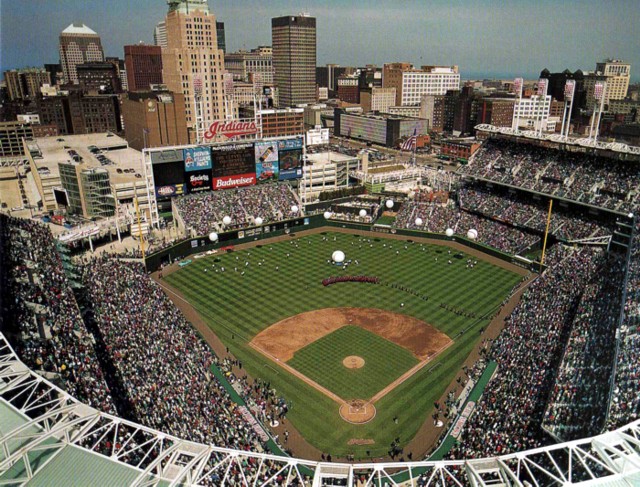 We parked on the top level of a garage next to the stadium then walked around outside the park. 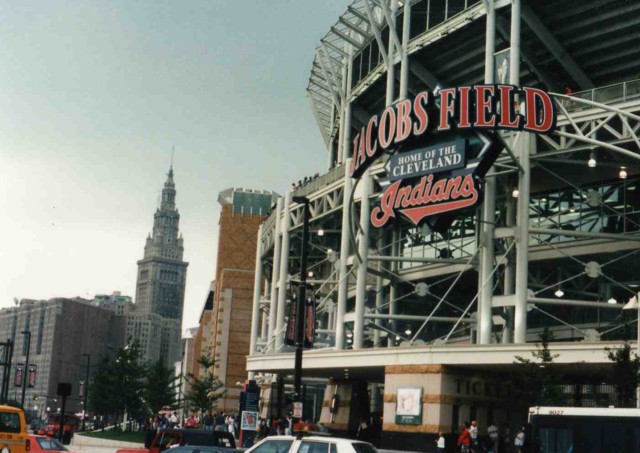 When we got to our seats in the right-field bleacher section (beneath the flagpole in the postcard view), the game was about to start. I wandered around with my camera, which meant that I missed Cleveland’s four runs (on three home runs in the first inning. I didn’t entirely miss them — the stadium is covered with monitors and speakers, so I was able to keep track of what was happening.) I bought supper and souvenirs and got back to my seat in time to see the White Sox come back with five of their own in the top of the second — and then the Indians score three more in the bottom of the inning. Cleveland ended up winning 9-8. 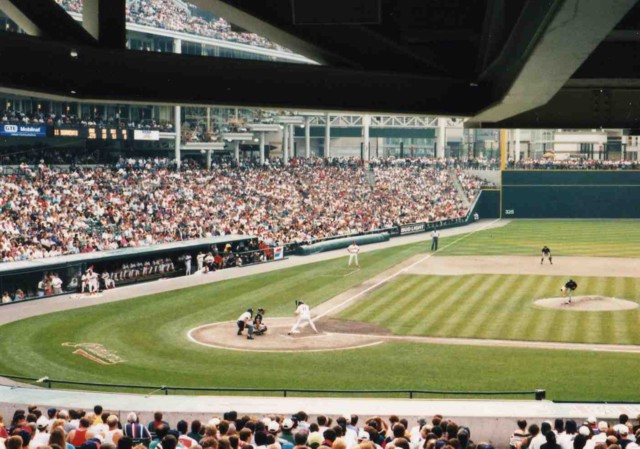 It rained for about 20 minutes in the third inning or so, but the game didn’t stop. We got pretty wet. 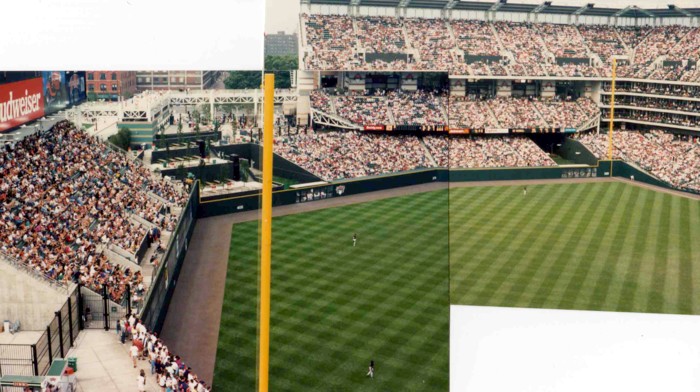 The strike that eventually ended the season was looming. The two teams were fighting for first place, but we all knew the game was meaningless. As a result, I wasn’t really in the mood to be watching baseball, and I didn’t like the stadium. It was a massive frame-work of white beams that was supposed to represent the industrial base of Cleveland, but I thought it just looked unfinished and sterile. Our seats were pretty good, considering that they were in the outfield. The place was loaded with scoreboards, and it was easy to follow the action. 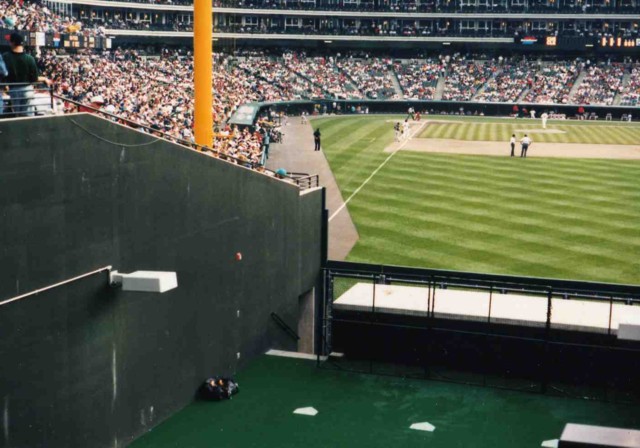 After the game, we took our time getting to the car, and when we did, the parking garage was full of cars lined up waiting to leave. We finally got out after a half-hour wait and promptly got lost looking for the friends’ home where we were staying.

One last bit: As we were waiting in line to get out of the parking garage, a couple of local kids walked by and laughed at our Illinois license plates (because the White Sox lost). I yelled out the car window, “The jokes on you. We’re Cubs fans.”

I had tickets to a couple of other games this season. I made a pledge to myself that I would skip a season for every one of those games I missed. I ended up missing both of them, and it was several years before I went to another game.