From Fort Necessity we drove to Jumonville Glen. That’s where George Washington started the French and Indian War when he attacked and wiped out a group of French soldiers. His force killed the French commander, Jumonville.

When we visited, the Glen was an isolated spot high on a mountain. There was a gravel parking lot and a short foot trail to the base of the rock formation pictured here. There was nobody else around, and we took a leisurely stroll along the trail. Except for the wooden railing and the stairway up the rocks, it looks much the way it must have looked in 1754 when Washington was here.

The top photo was taken on top of the rocks looking down to where the French encampment was. The other two photographs were taken down in the glen. 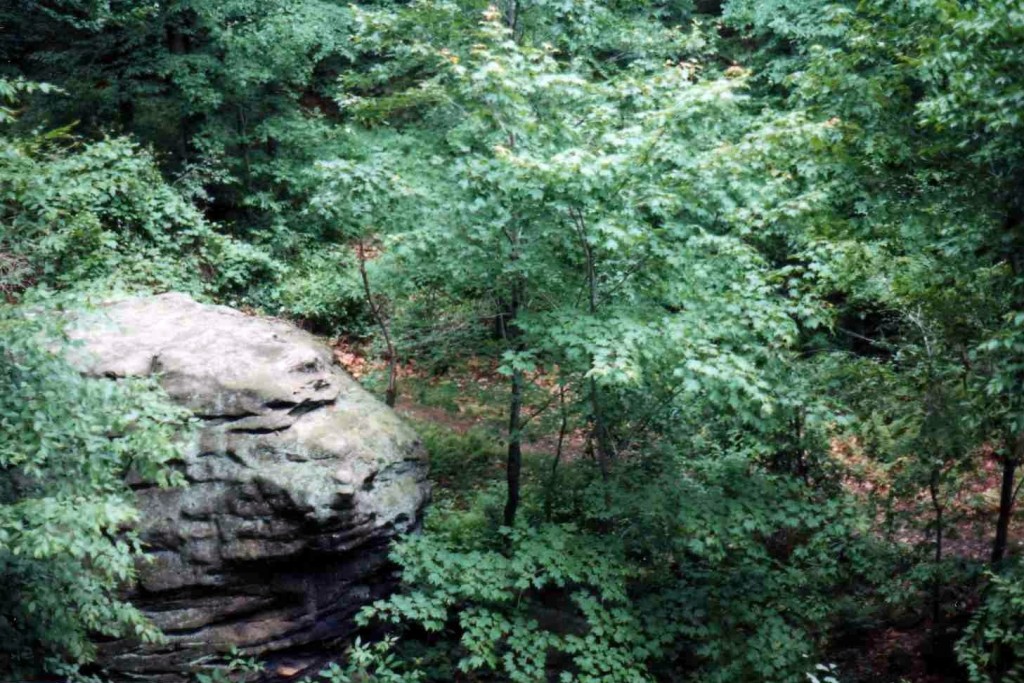 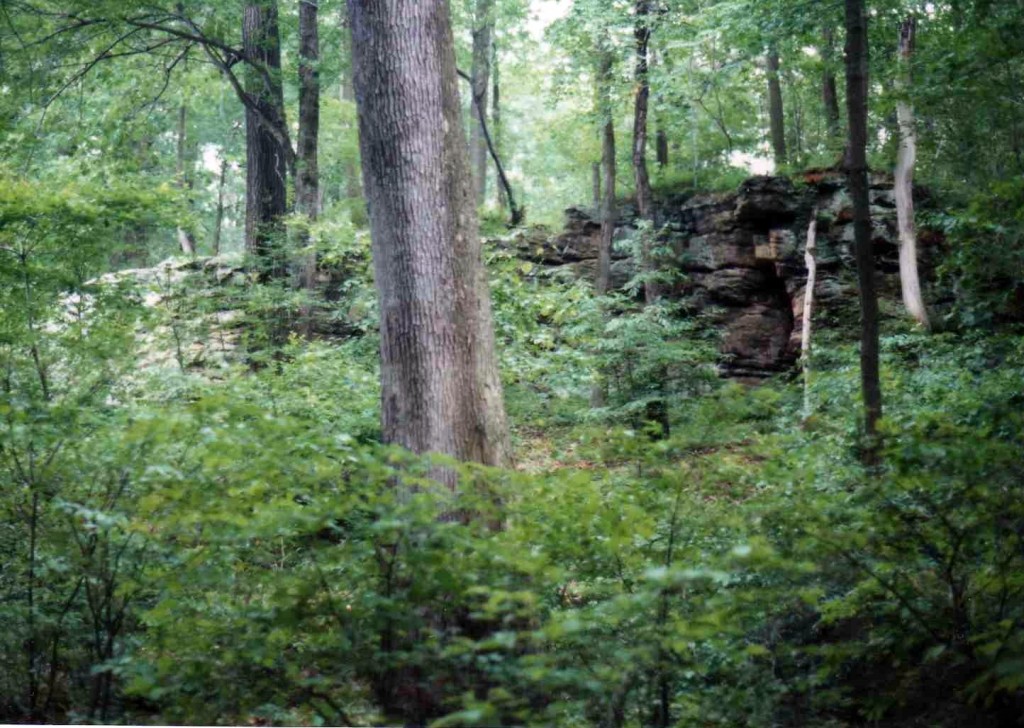 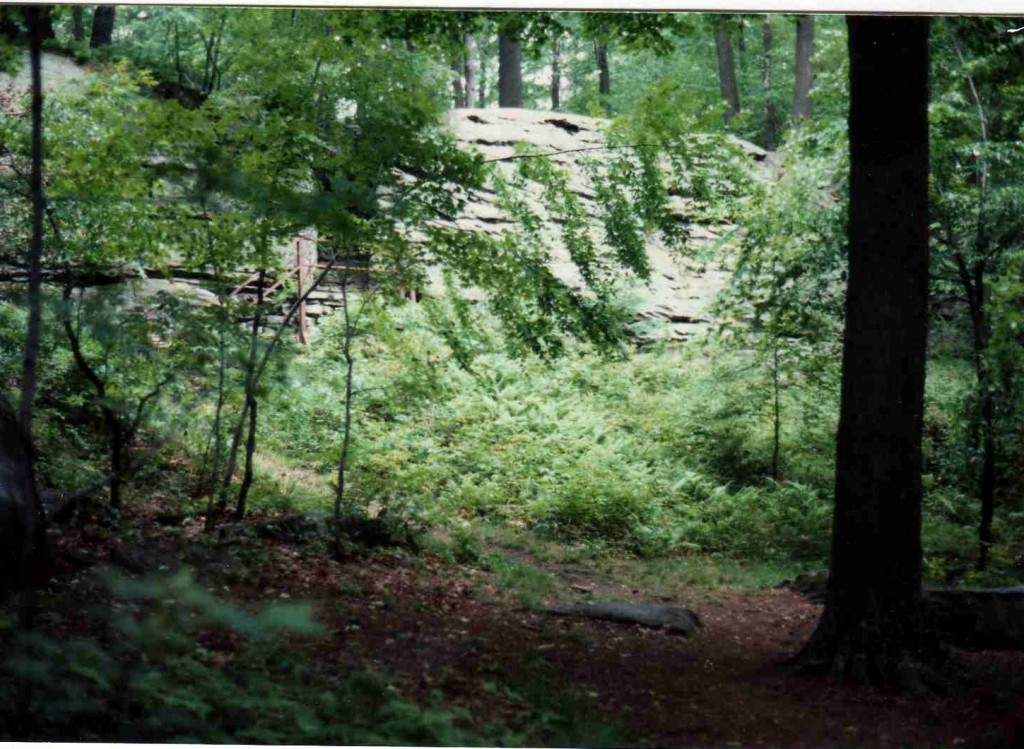 This entry was posted in Battlefields, National Parks, Presidential Sites. Bookmark the permalink.