This was the first game in the Cougars’ first season. My family went with a group of friends. The game was scheduled to start at 4:00, but we got there early to take advantage of the opening day festivities. They were supposedly handing out T-shirts and key chains — but even though we arrived just 15 minutes after the gate opened, they were out of both. A jazz band was supposed to be entertaining the crowd — one guy played a couple songs on a saxaphone. Parachutists were supposed to jump out of an army helicopter — there were no parachutists, and the helicopter was parked in the parking lot.

The park was nice, with backs on the seats and everything. We were in the 16th row just to the third-base side of home plate.

But it was cold. My wife had brought a blanket, and she wrapped herself and our daughter in it so only their faces stuck out. Four o’clock came and went with no game. Finally around 4:15 a bunch of dignitaries came out and began talking about how wonderful they were to get baseball in Kane County. 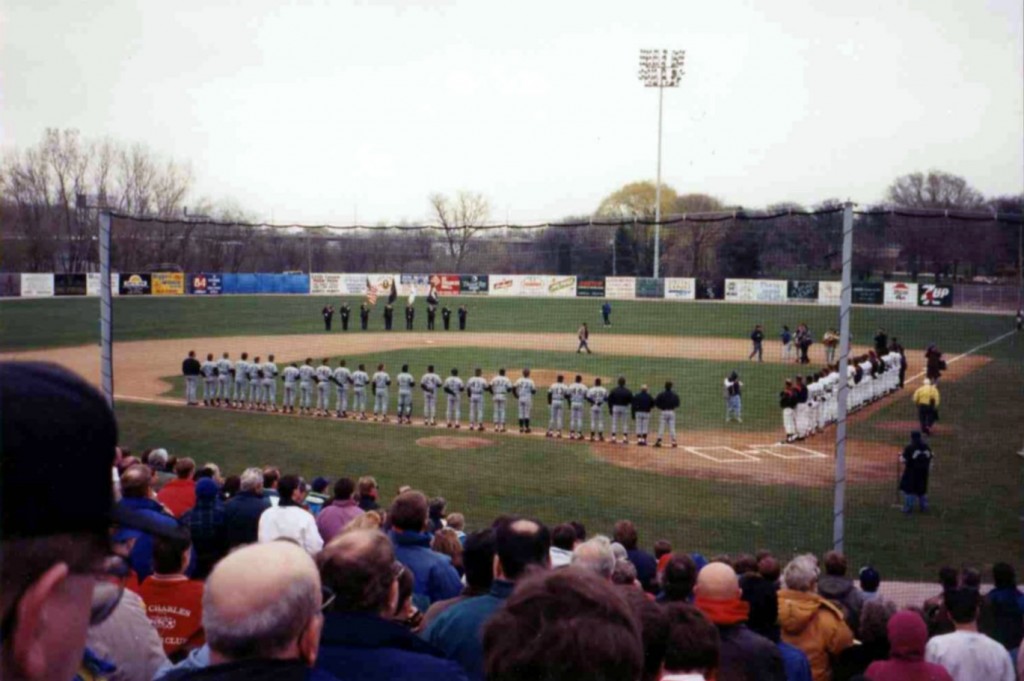 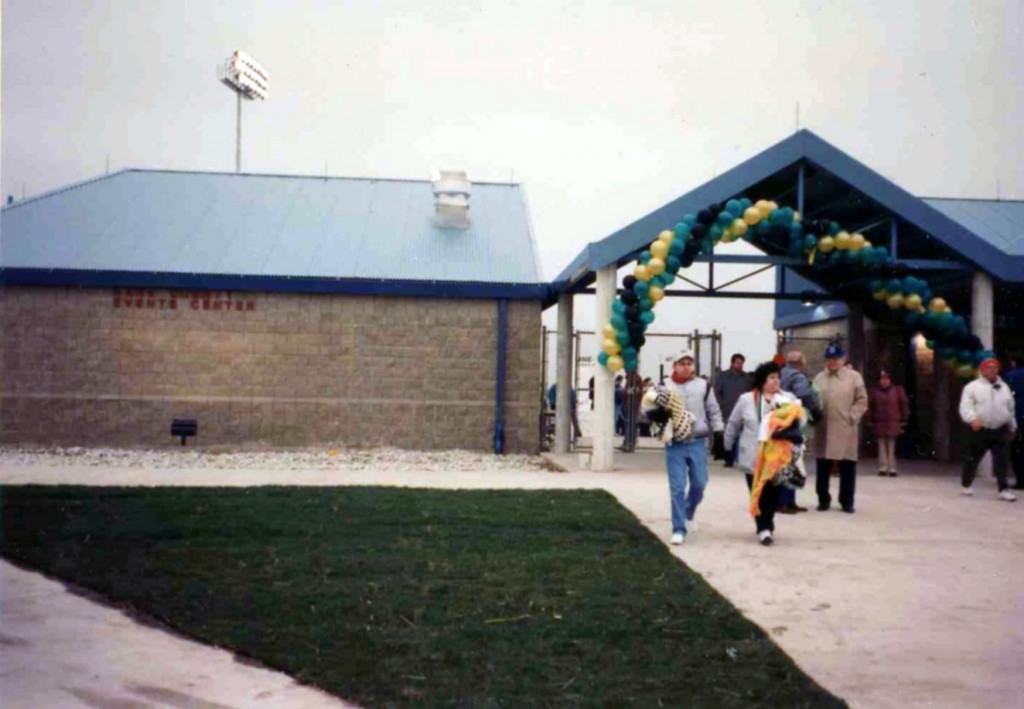 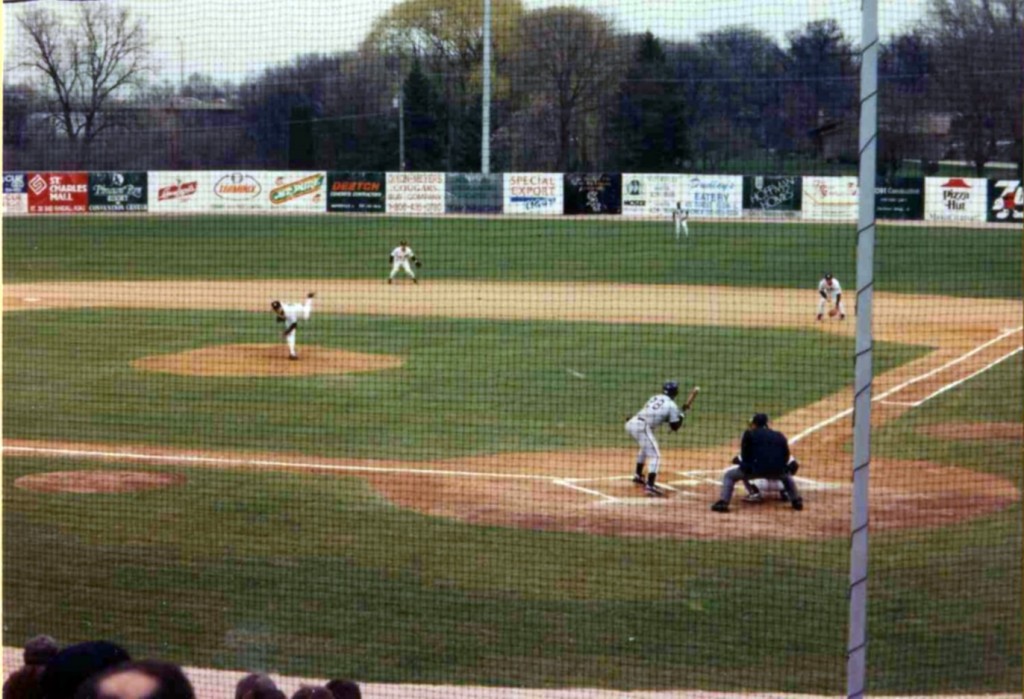 The game began around 4:30. After half an inning,my wife and daughter took a walk. They found a warm haven in the ladies’ room and spent half an hour in there. By the time the game ended, there weren’t more than 600 in the park.

Mr. Tidy. We were told to save our garbage, then pass it down the row when he came around. Yea, right. 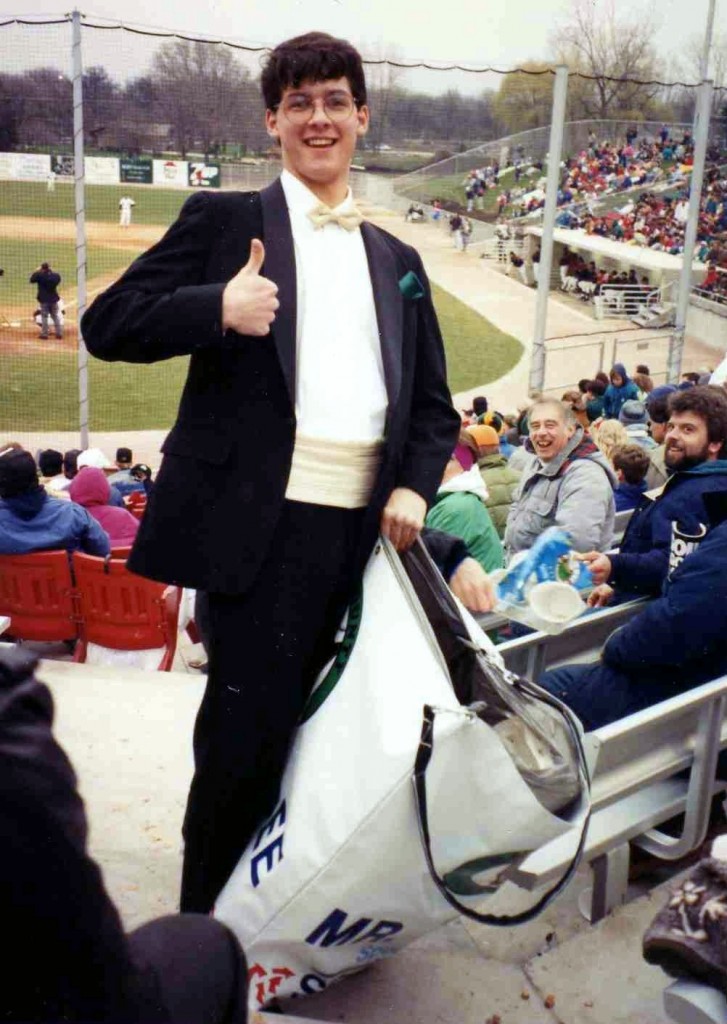 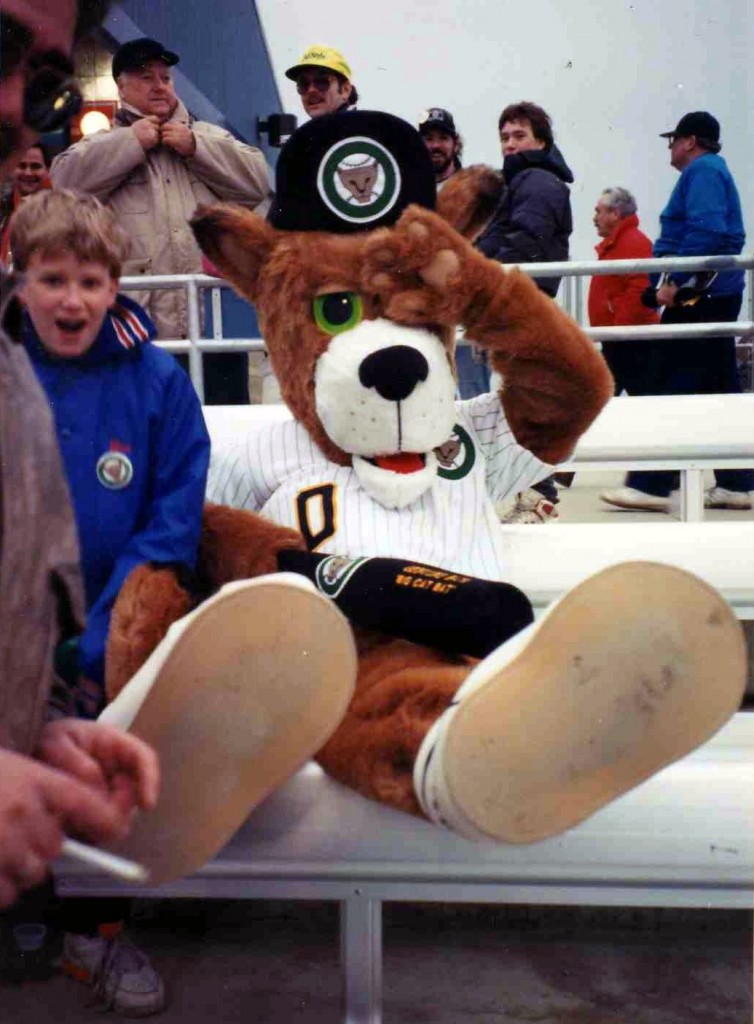 The game was so bad that an infielder came in to pitch for the Cougars. As White Sox after White Sox reached base, it began to be rather funny. The Cougars lost 13-0.

The 350 or so of us still there waited for the post-game fireworks. And waited. And waited. A freezing rain began, and we got colder and colder. But still we waited. About half an hour after the game the show started. It lasted about five minutes. But what it lacked in length, it made up for in excitement. The wind carried the fireworks right over our heads where they went off very low. As they exploded and expanded, we felt like they would land in our laps. At times they filled the entire sky. Red-hot sparks were landing on the field and in the stands, but the sense of danger just added to the thrill. We got home around 9:00, just as we began regaining feeling in all our body parts. We saw in the newspaper the next day that the fireworks had done major damage to the $5,500 tarp on the infield. 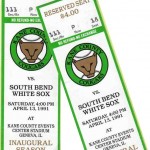 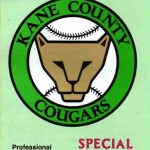