I went to this game with family. We had great seats on the first-base side, with our backs against a chain-link fence.

This photo shows the view of home plate from our first seats. 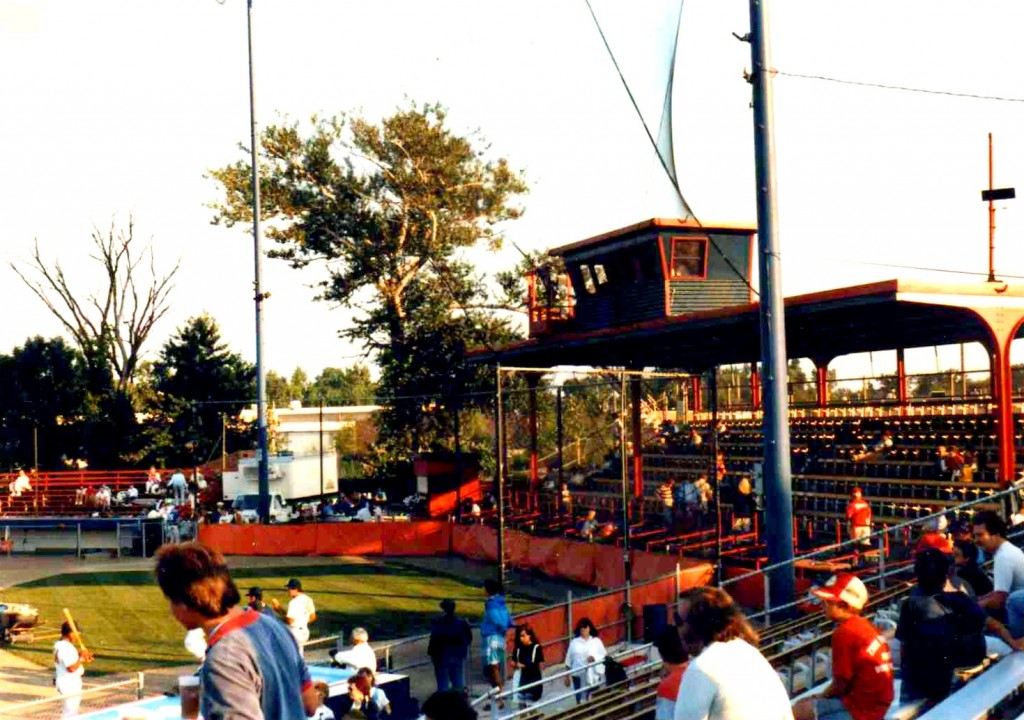 One of the interesting features of the park is the train tracks that ran just beyond the outfield fence. 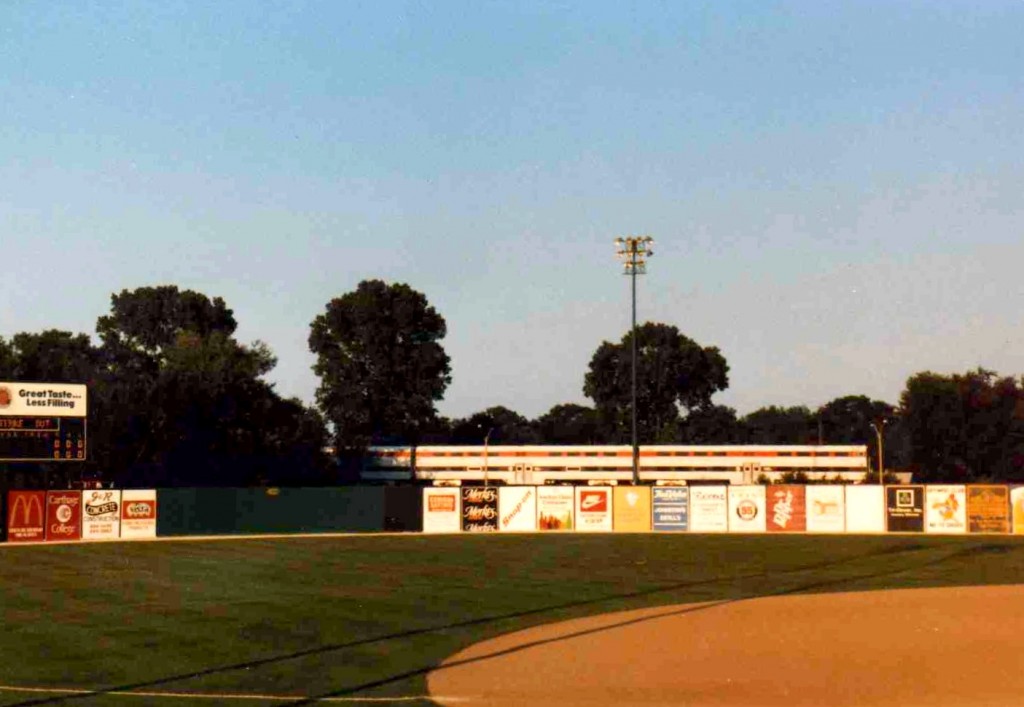 Right when the game got started, a fat, beer-drinking idiot sat down by us and began screaming an incessant string of inane comments at the top of his lungs. We changed seats at the end of the half inning. Our new seats weren’t nearly as good — at the end of the stands down the right-field line.

The park was not very well lit, and we had a hard time following the ball off the bat. In this photo, the Chiefs have the bases loaded in the ninth inning. They didn’t score. 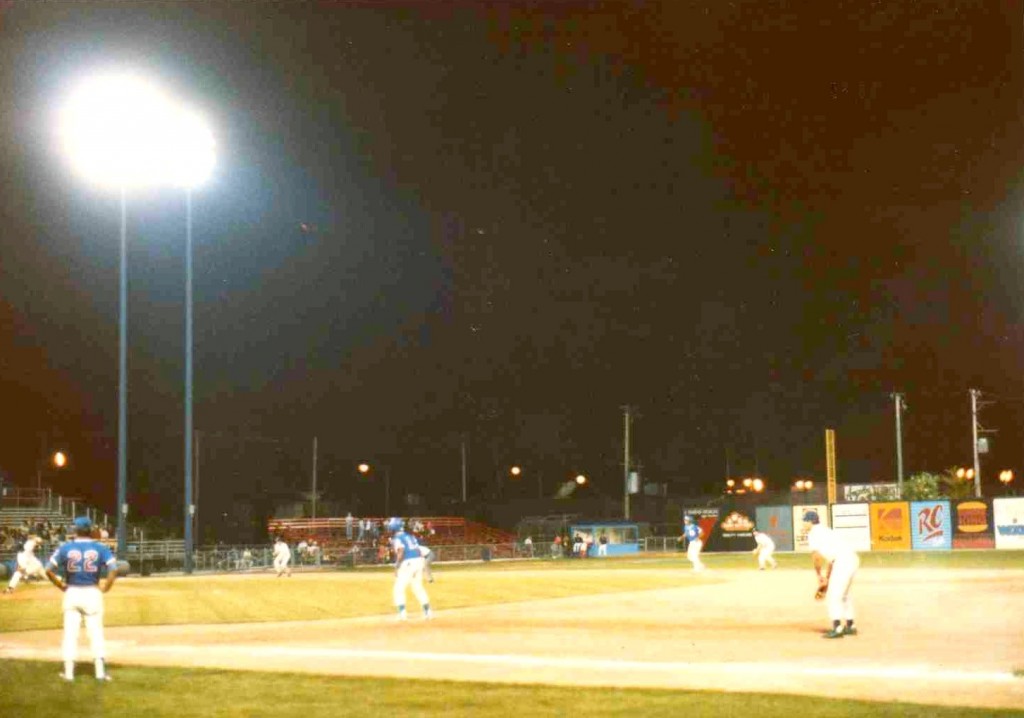 My daughter made friends with Chiefs’ first-base coach Rick Kranitz and invited him to her  birthday party. He was unable to come. The Twins lost 3-0. 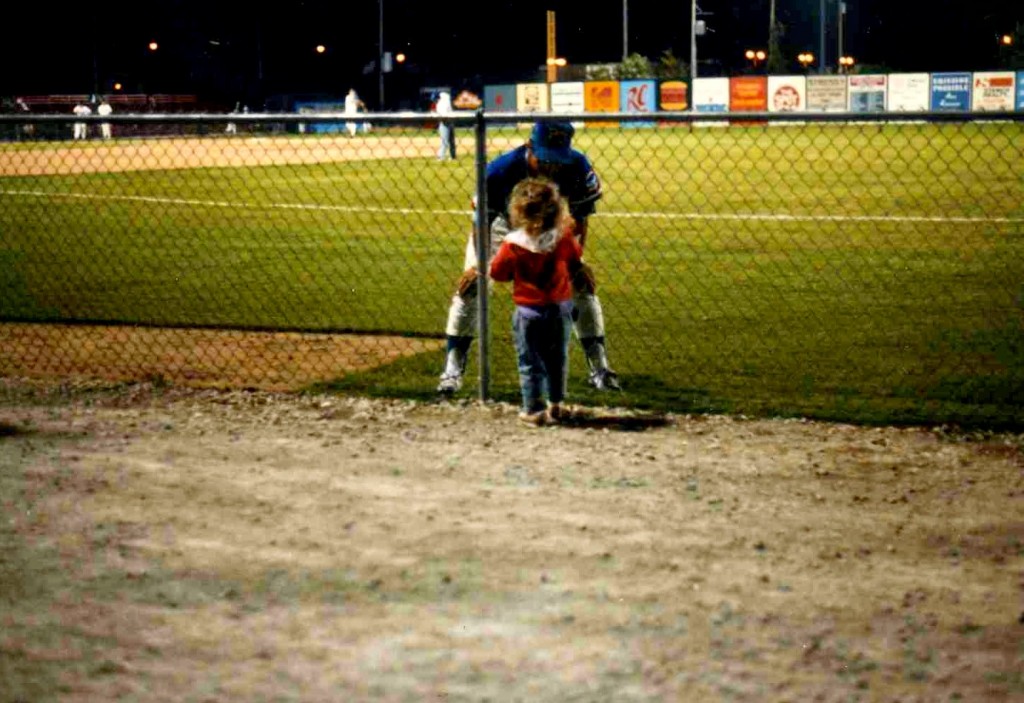 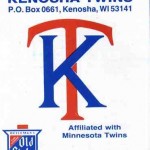 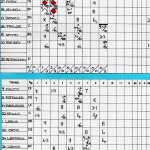