I’d done a lot of driving and birding over the week, and I expect to do a lot more next week, so Saturday, I decided to stick closer to home. I spent a few hours at Fountain Creek and Clear Spring Ranch and was home before noon.

Mourning Dove on its “nest.” 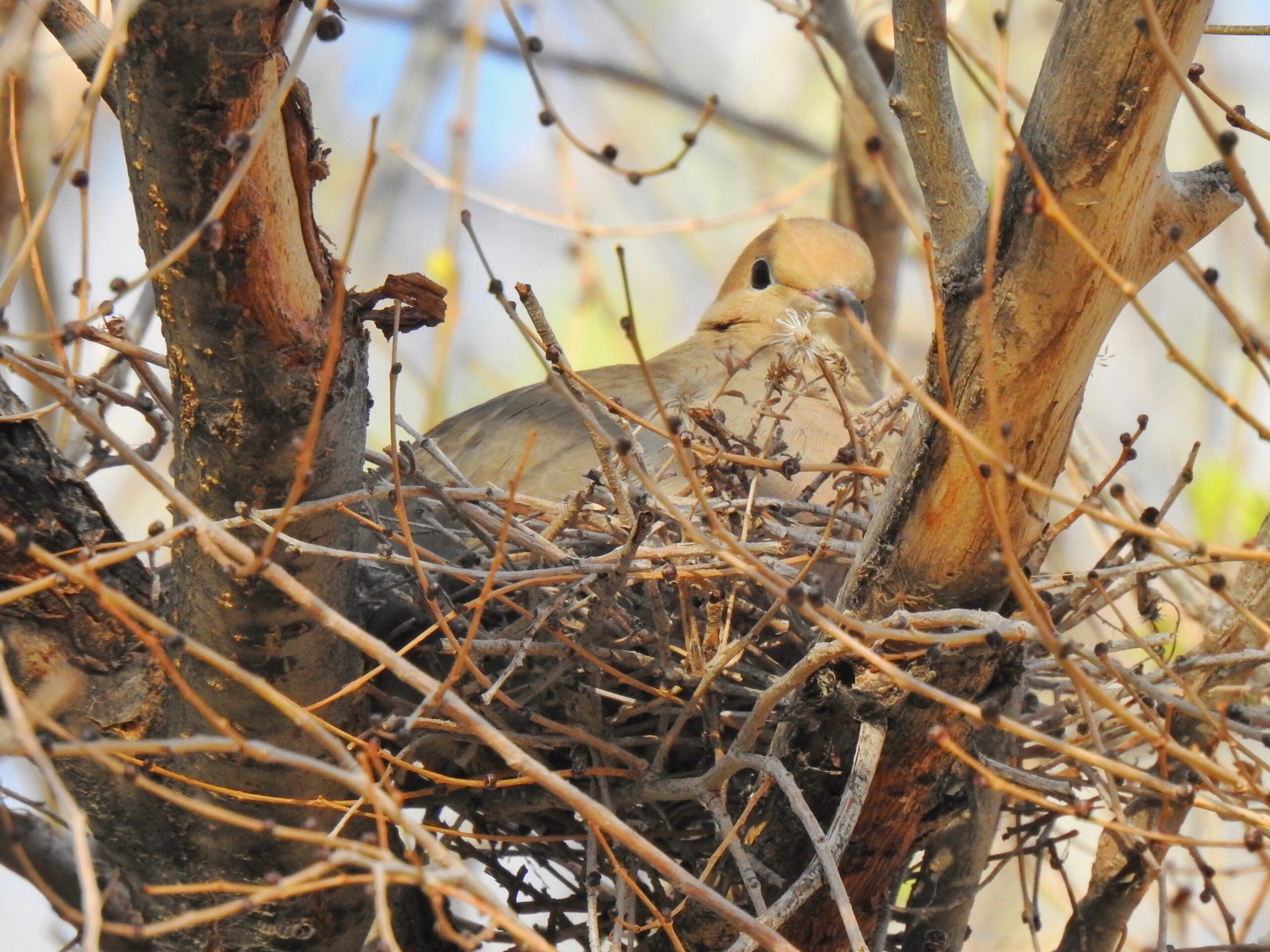 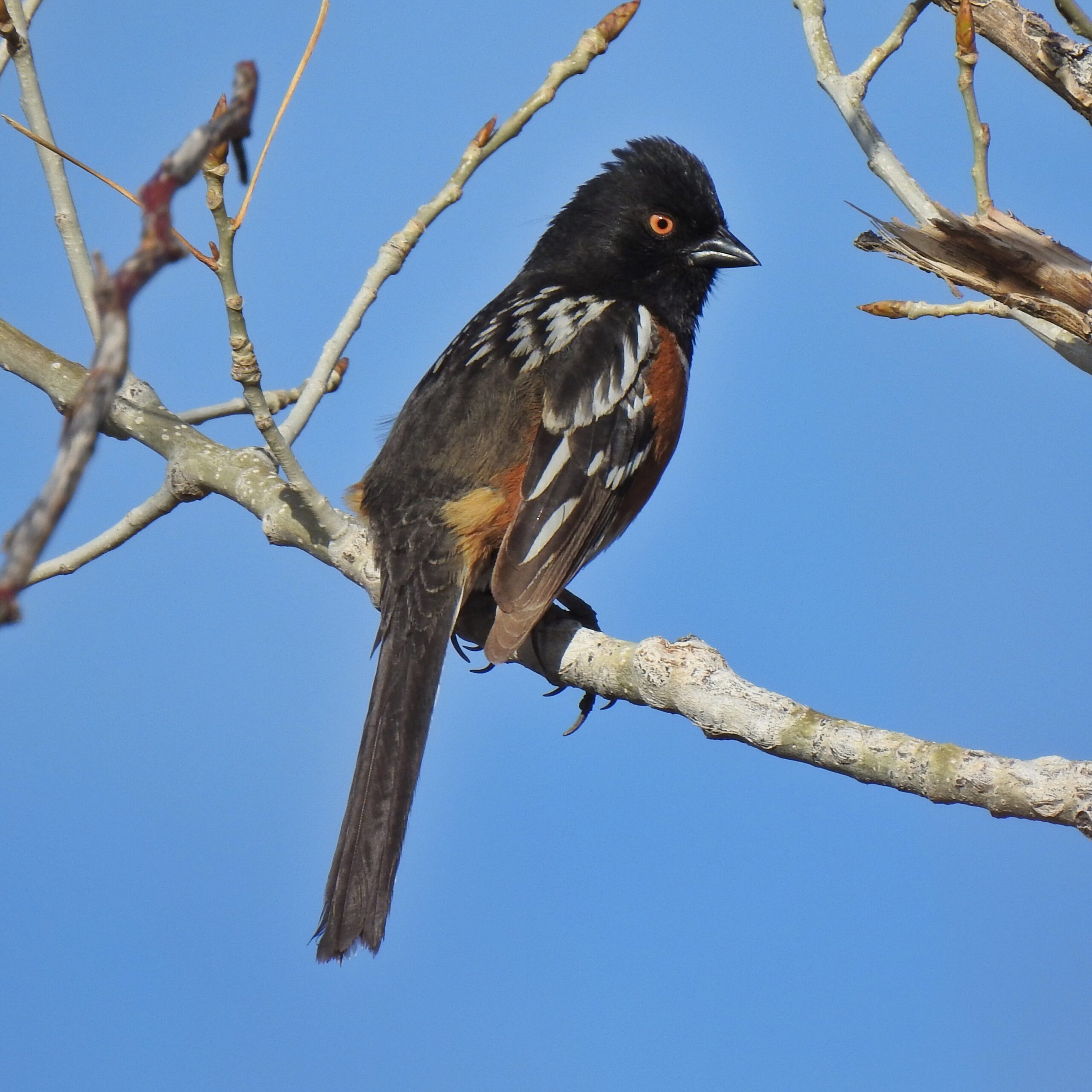 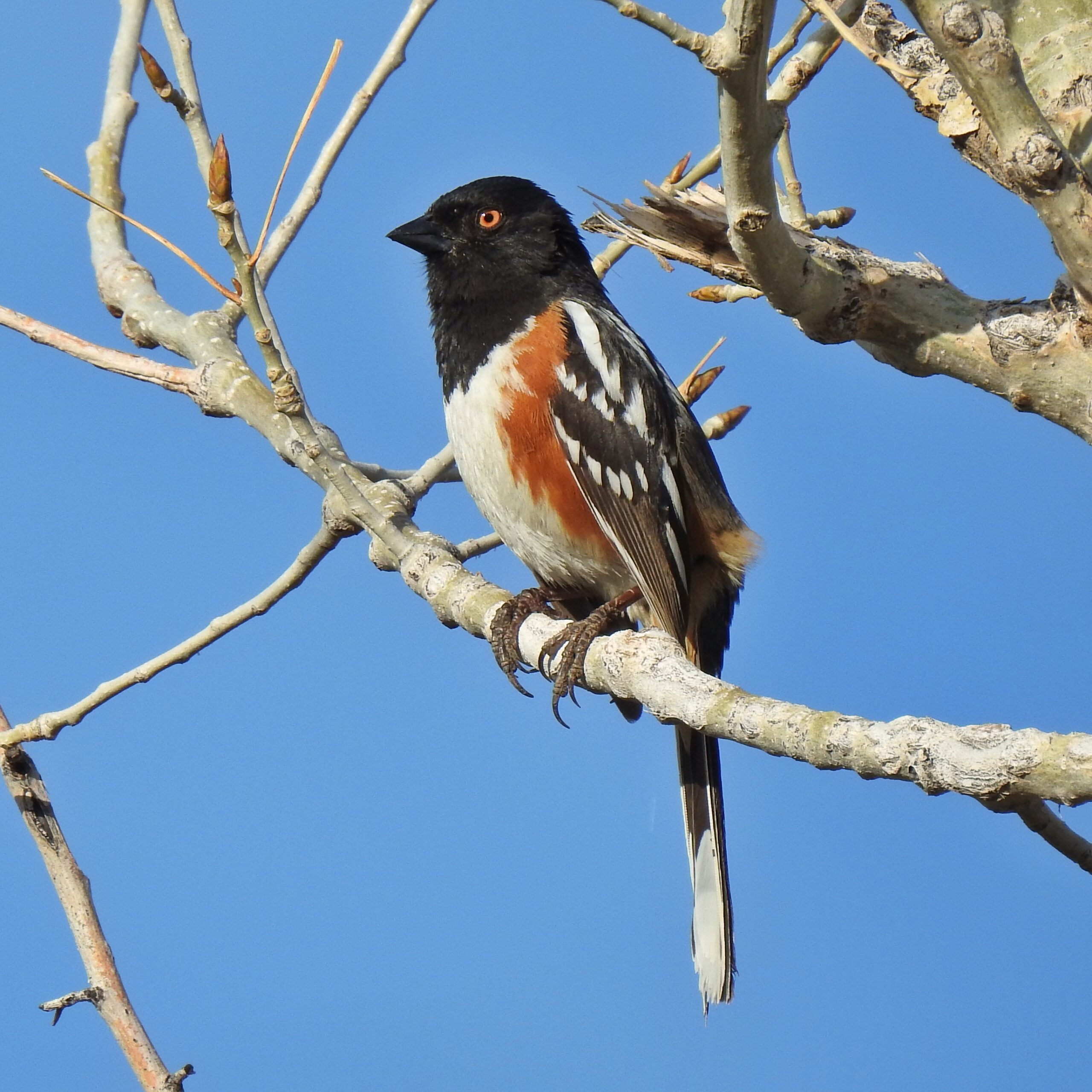 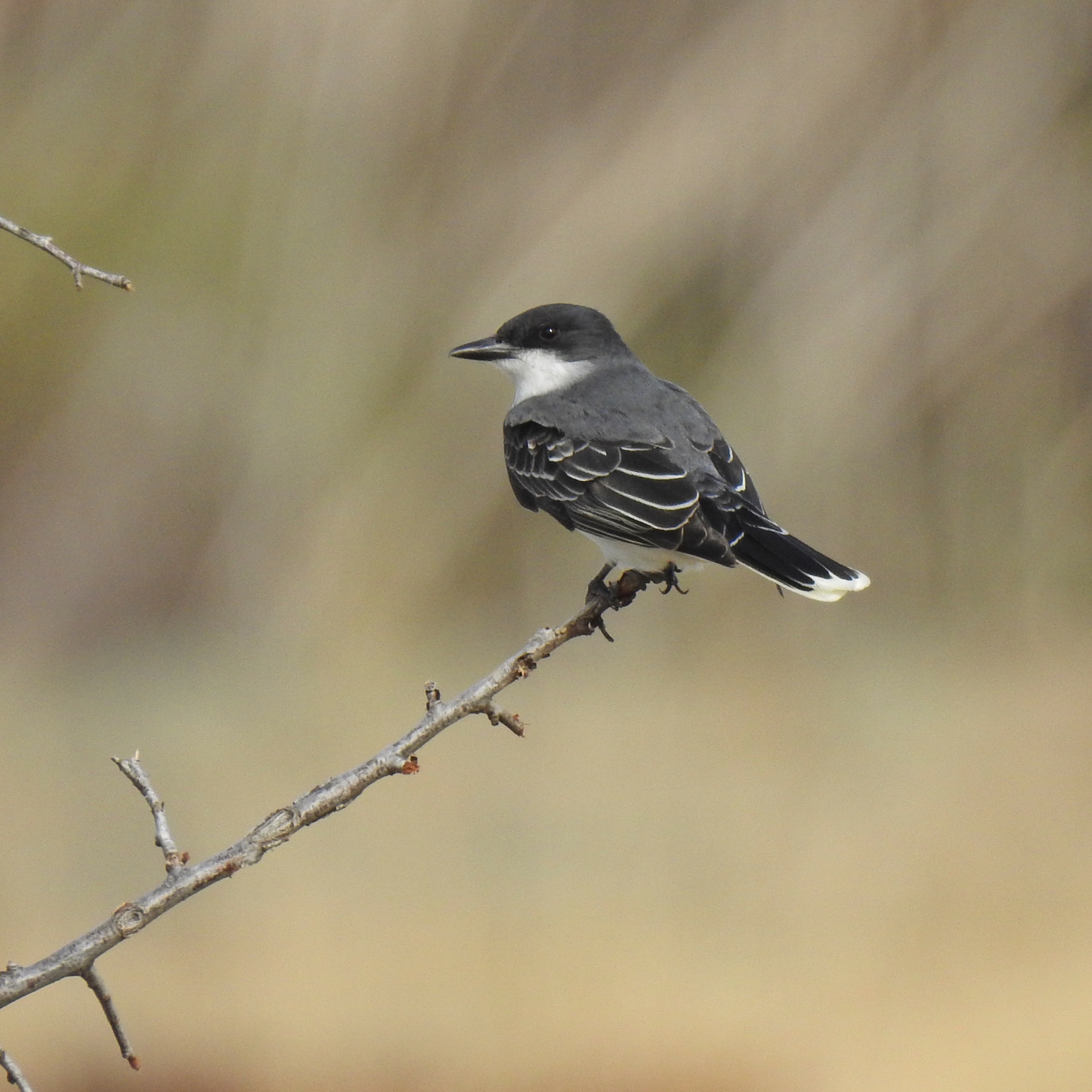 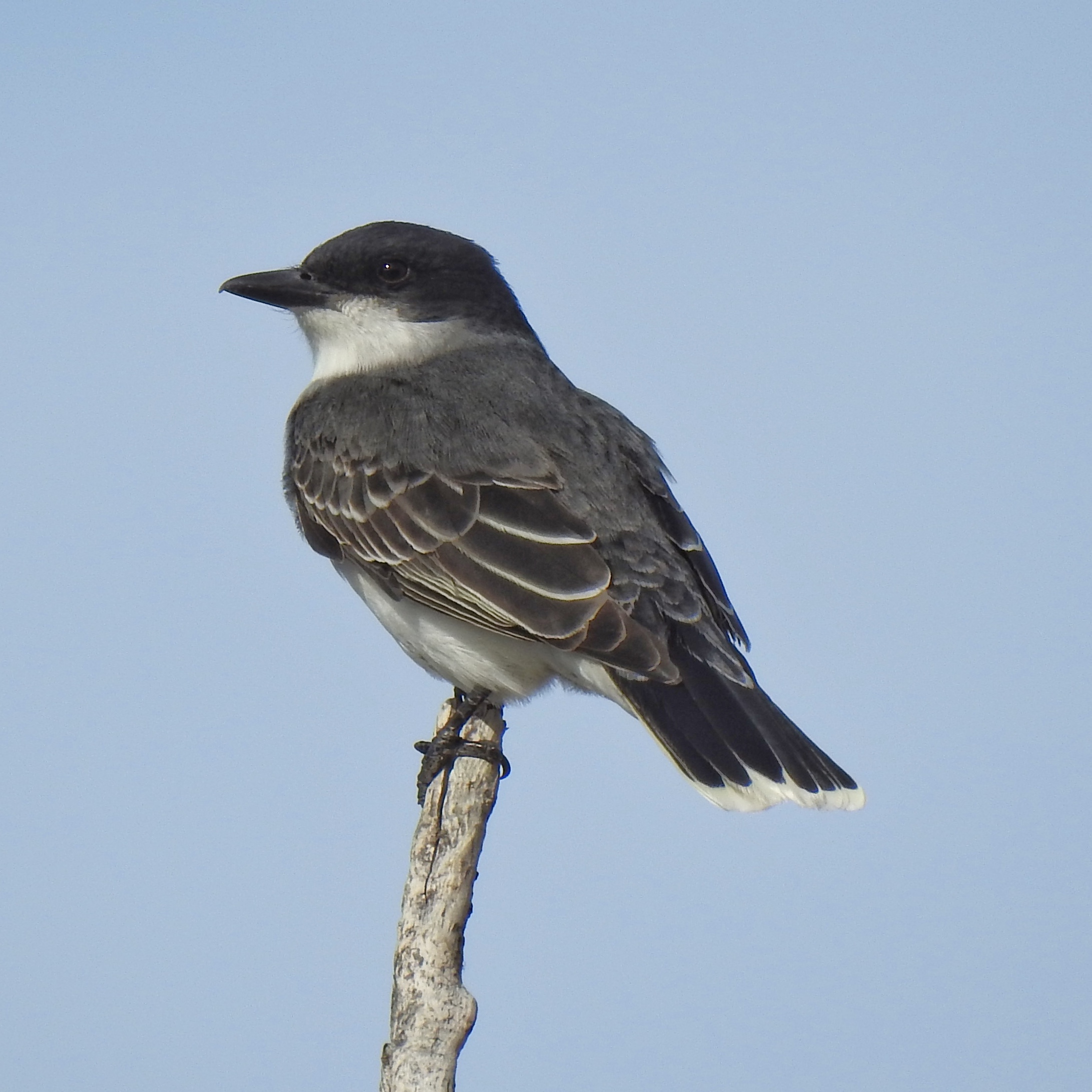 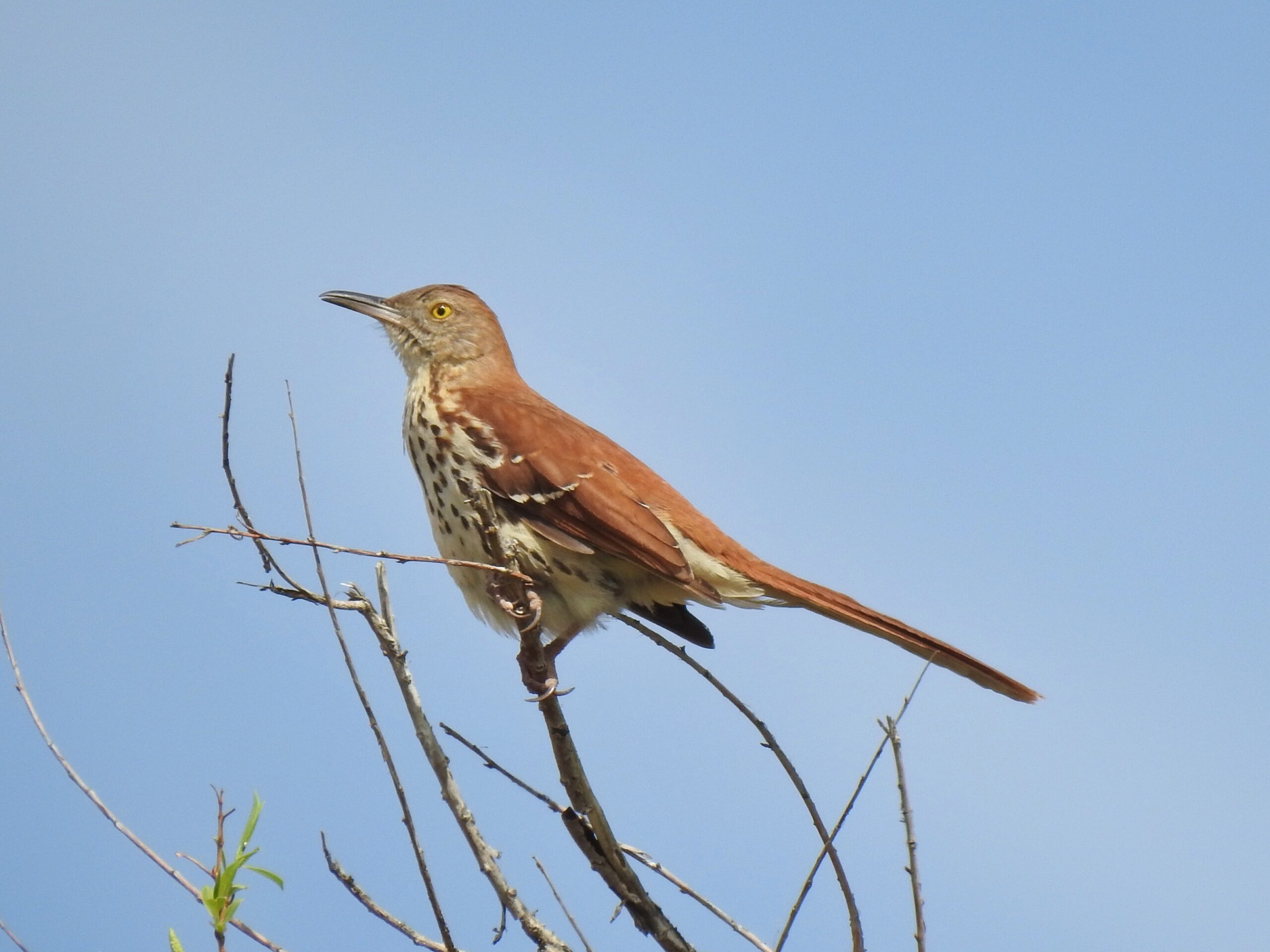 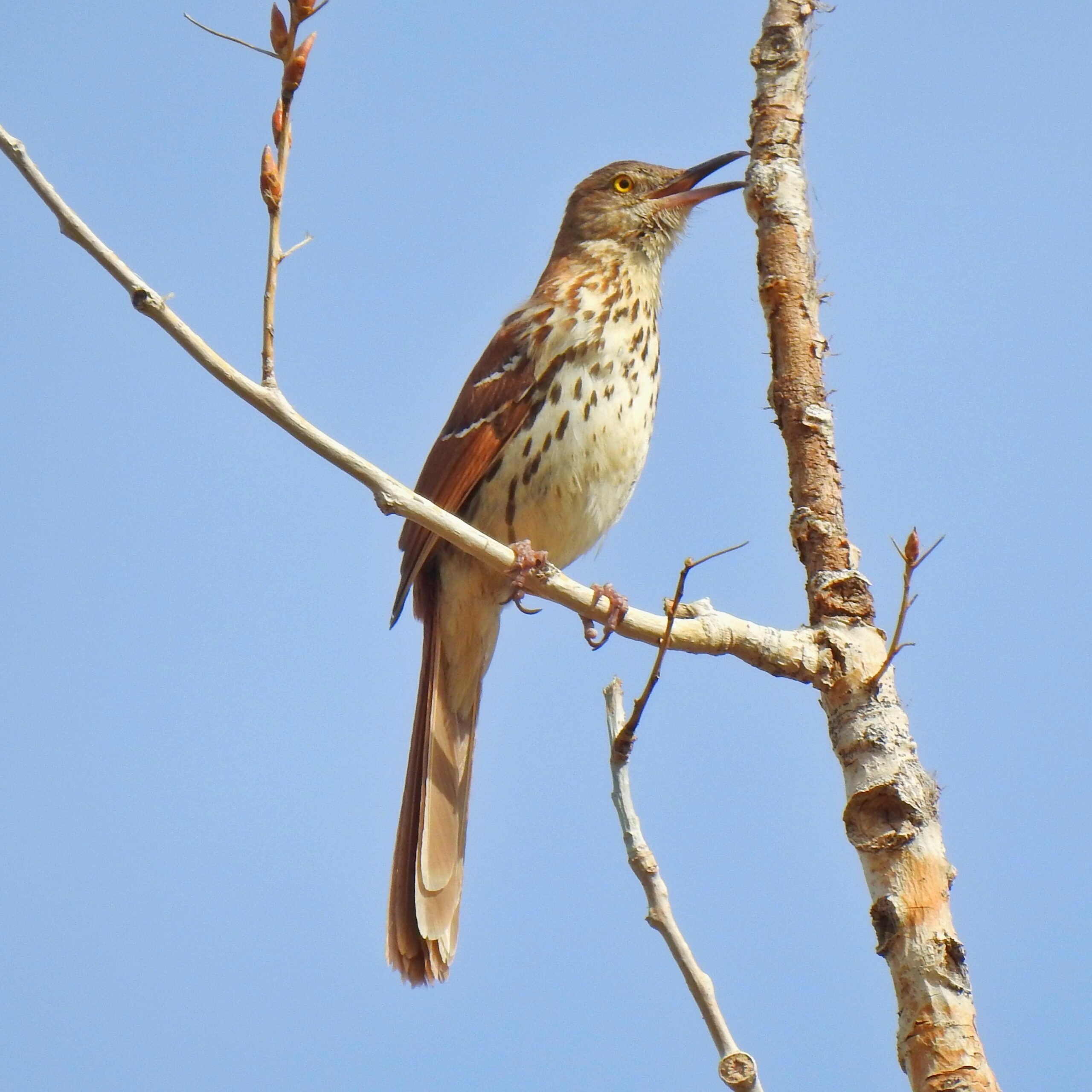 When I arrived at Clear Spring Ranch, another birder with a dog on a leash had just started down the trail toward the T intersection. I wasn’t in a chatty mood, so I headed north on the trail. When I got to the place where the road crosses a culvert in a strip of cottonwoods, I saw two Lewis’s Woodpeckers on a stump at the edge of a field. This is significant because they were my first for El Paso County, my first of the year, and—most significantly—the first I’d ever found on my own (as opposed to chasing down someone else’s sighting). I maneuvered through the trees to where I could get decent photos, but the stump they were on was in shadow. I waited for the sun to shift and light things up better, but before that happened, a Cooper’s Hawk blew through the grove and scattered everything. 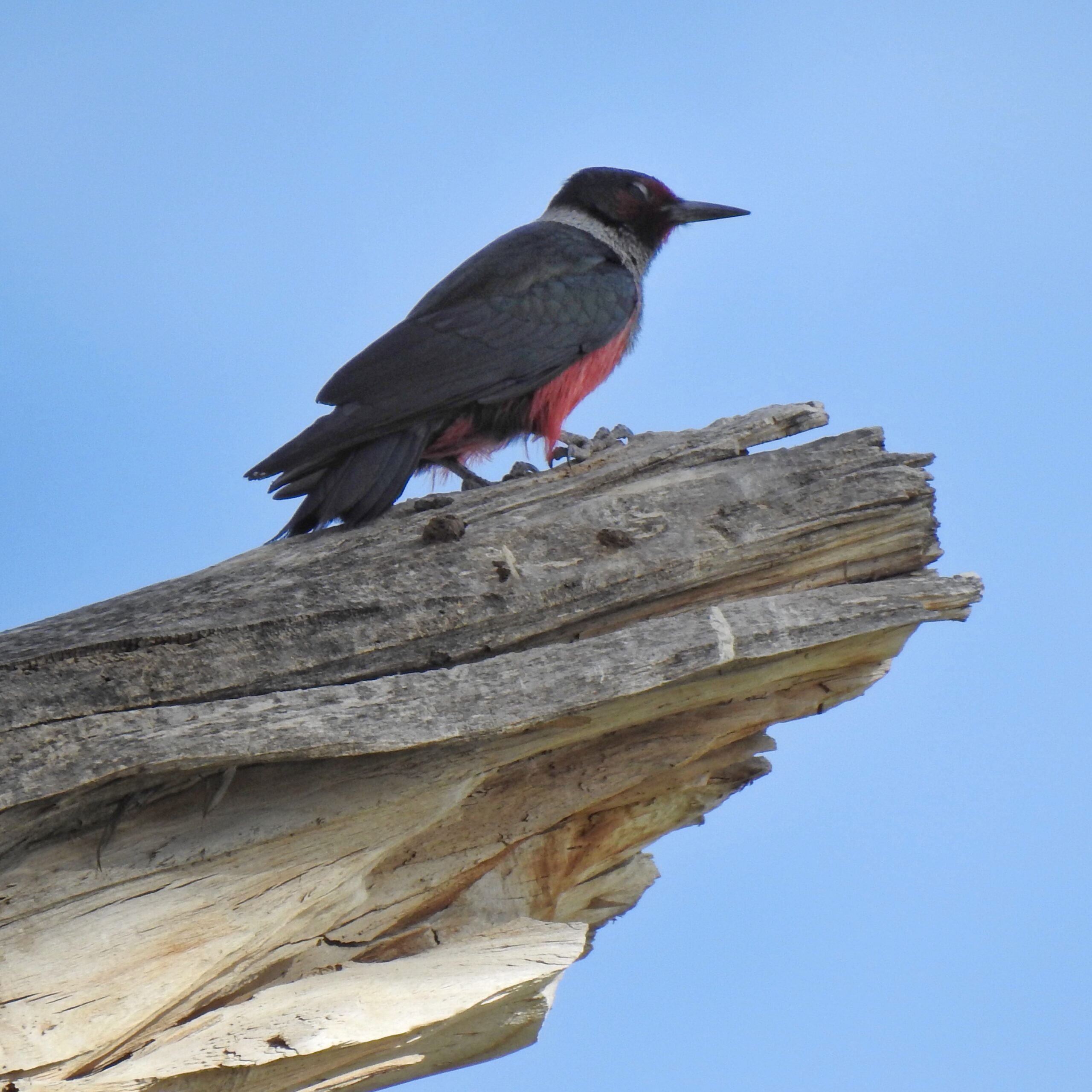 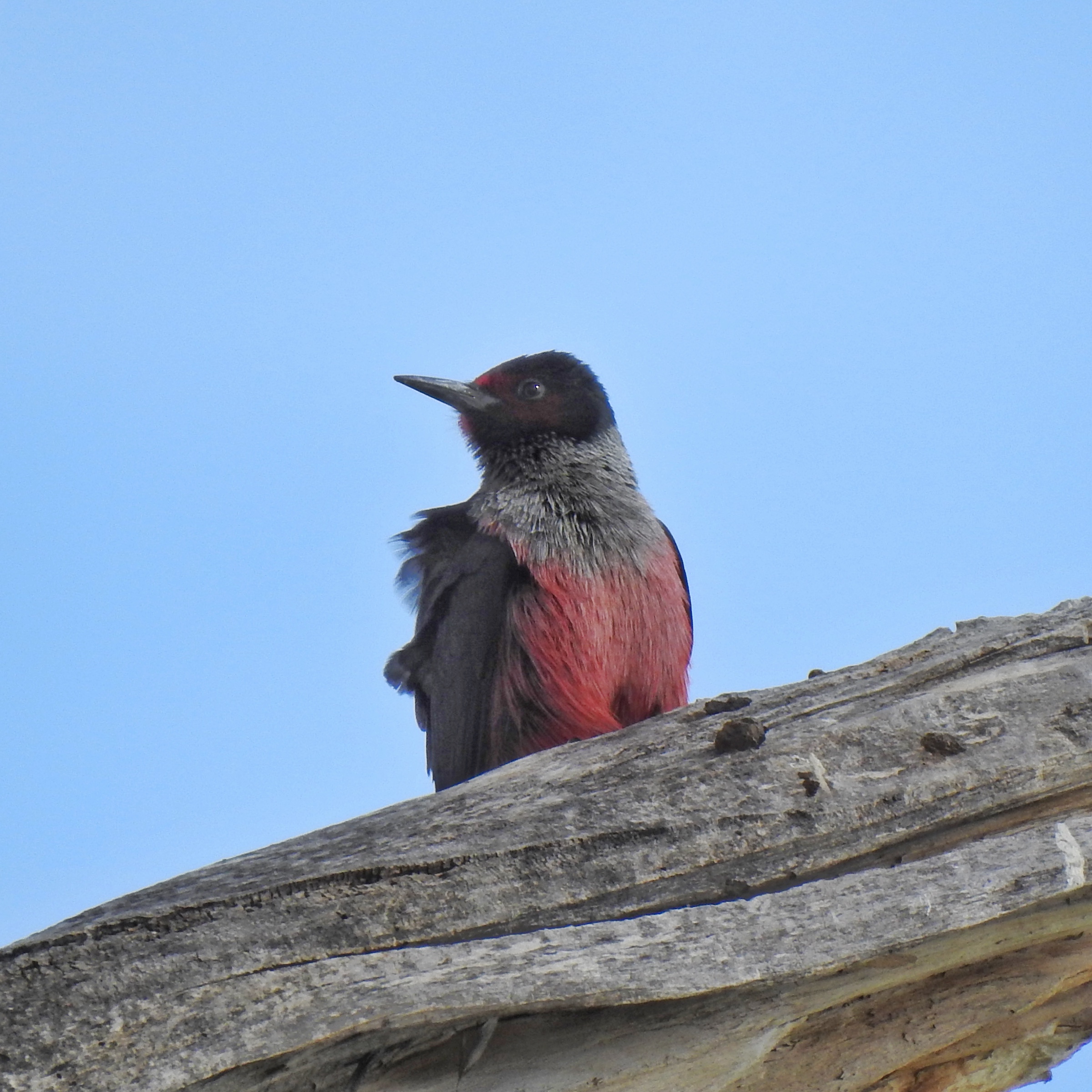 After waiting a couple minutes for the woodpeckers to return, I walked back to the trail. I soon saw them again sharing a tall, isolated cottonwood with a pair of similarly-sized kestrels. The lighting was better here, but I wasn’t nearly as close. After a few minutes, one of the woodpeckers flew off to the south and the other off to the east. I didn’t see them again. I later ran into four hot-shot birders looking for them in another part of the park—so I know I wasn’t the first person to find them. But still, I hadn’t heard they were there and found them on my own. 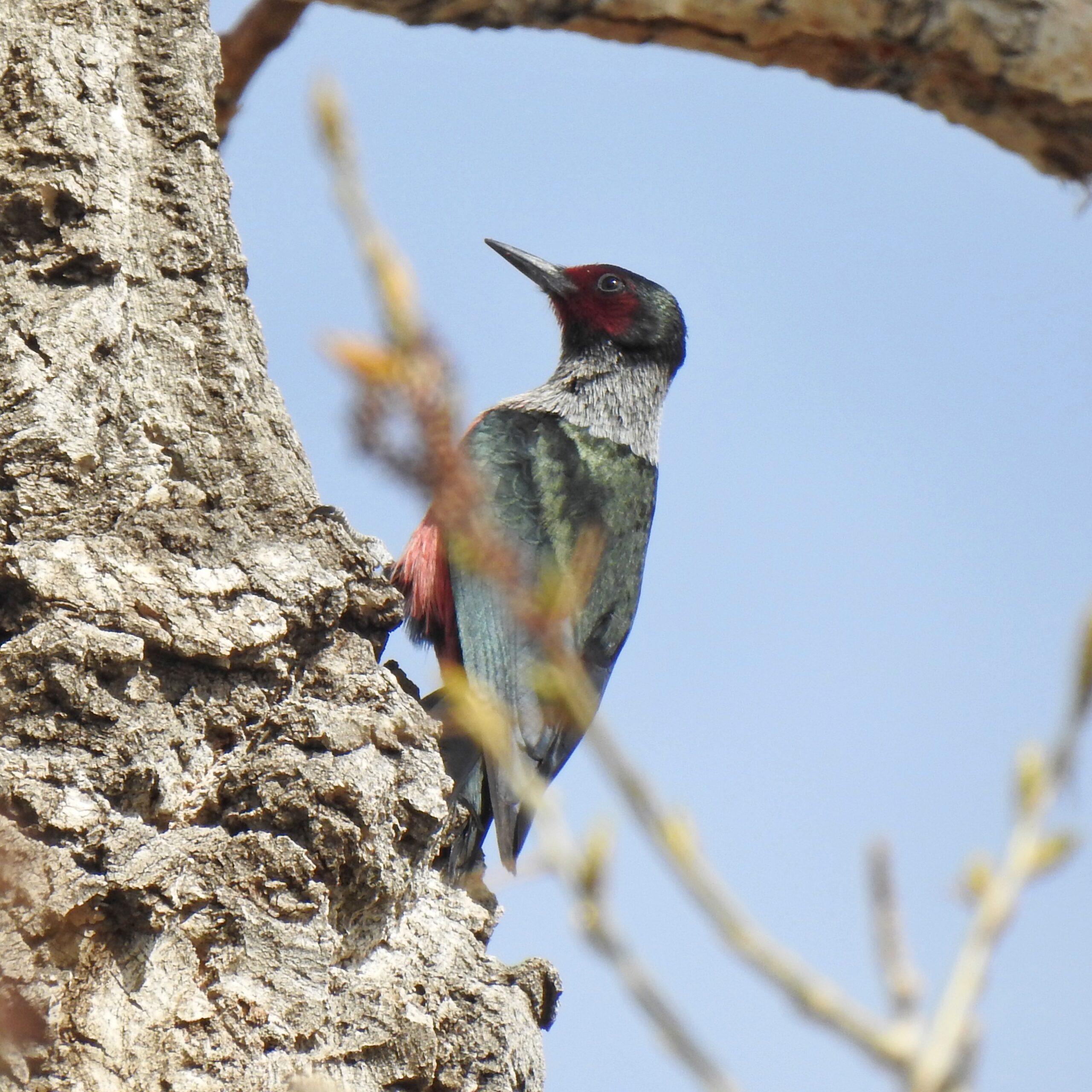 Blue Jay on its nest. 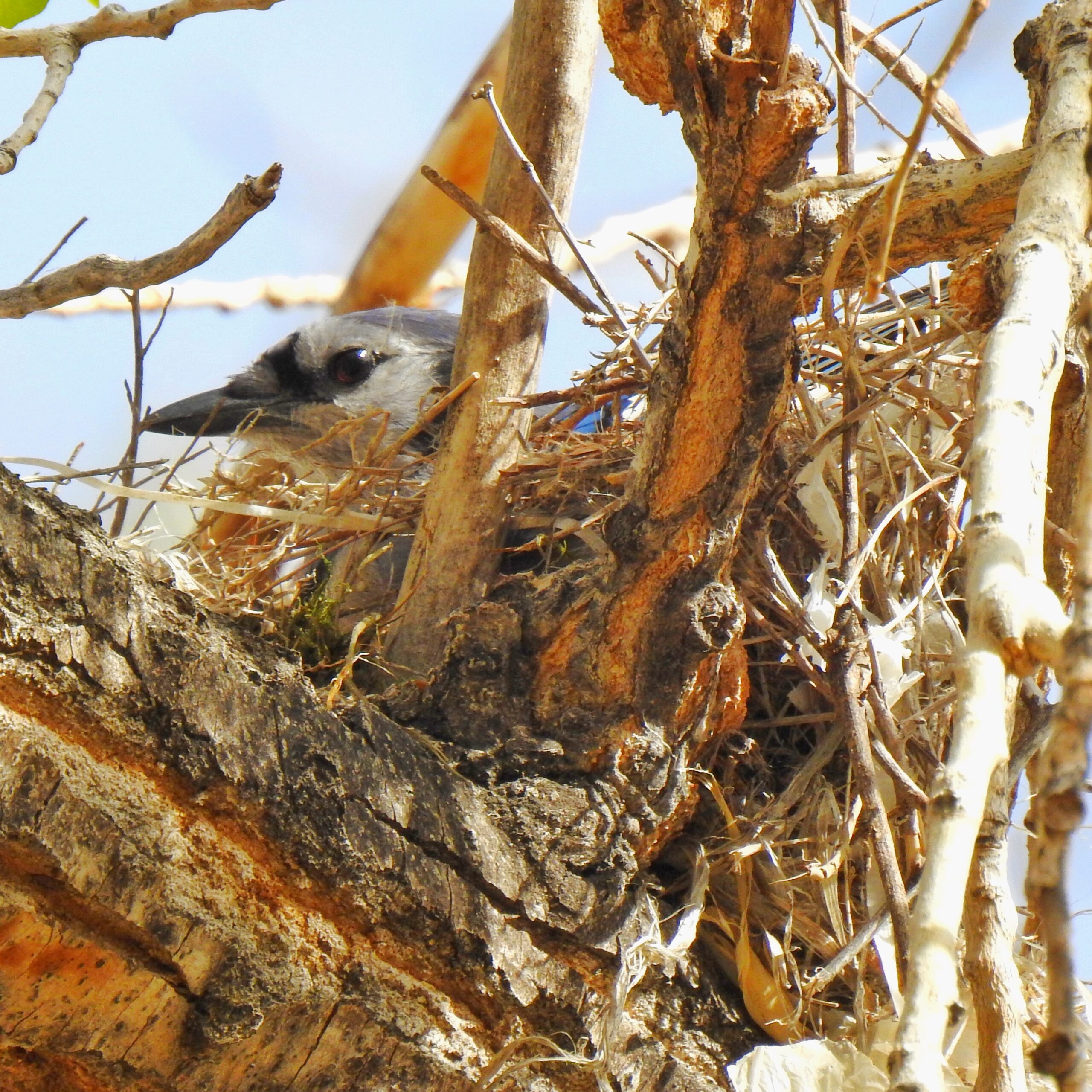 Otherwise, things were dead. I got in my  miles and headed for home.