Theodore Roosevelt visited the North Dakota badlands in 1883 and began a cattle ranch called the Maltese Cross with two other men, about seven miles south of Medora. He soon moved to another site, called the Elkhorn Ranch, about 35 miles north of town. His active ranching career was over by 1887, and he sold all his remaining cattle interests in 1898.

When Roosevelt became president, the cabin was taken apart and shipped to St. Louis for the World’s Fair. It then went to Oregon, and spent 50 years in Fargo before being brought back to the badlands and reconstructed behind the National Park visitor center in Medora.

We toured the tiny three-room cabin with about 30 fellow tourists and the world’s most annoying ranger tour guide. He started every sentence with “Well …,” moved around like a mime and talked to all of us as though we were five. 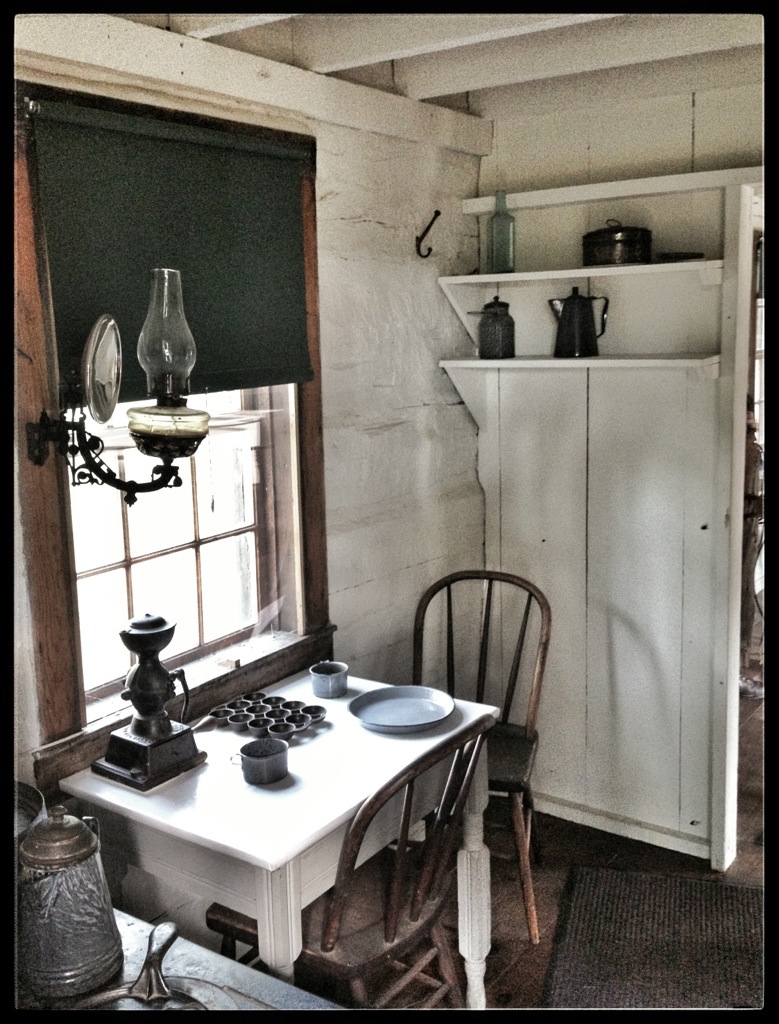 The desk in the main room is thought to have been Roosevelt’s, as is the rocking chair. It was in this room that he wrote Hunting Trips of a Ranchman. 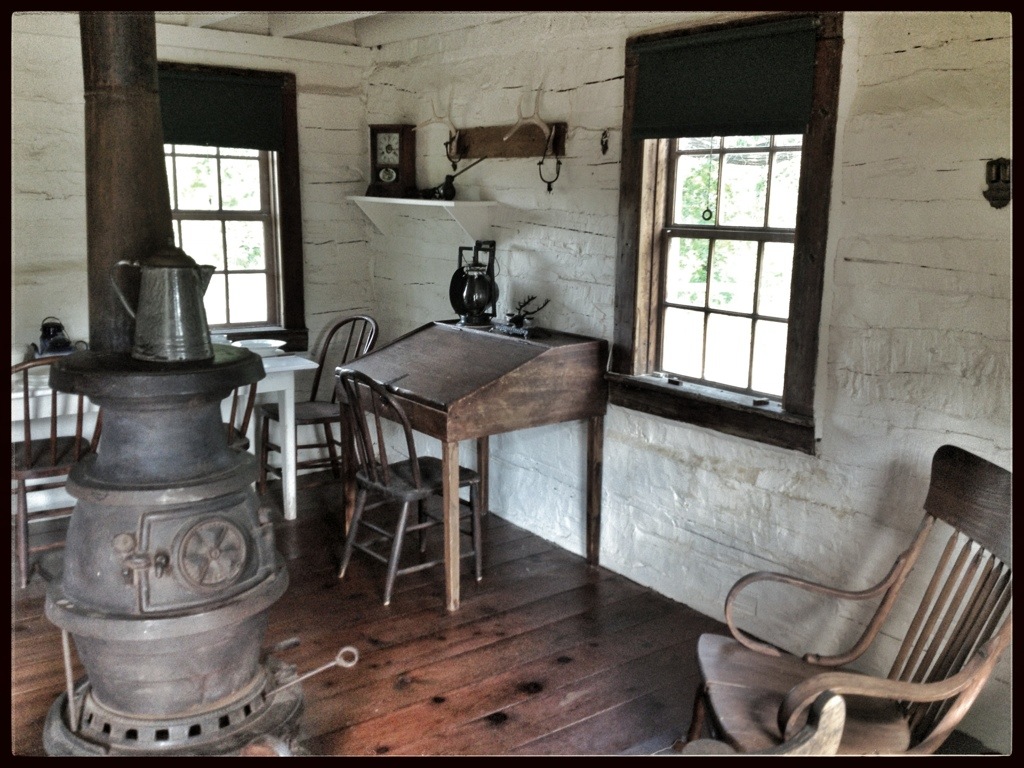 The trunk in the bedroom also belonged to Teddy. 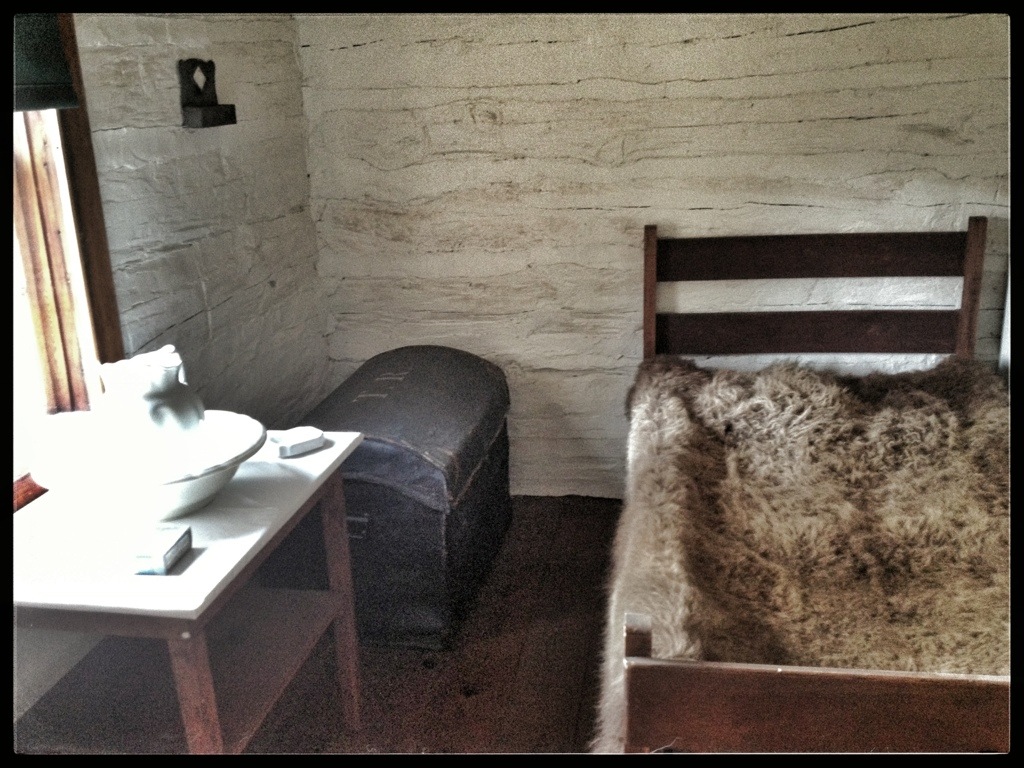 The Maltese Cross brand can be seen on the end of the one of the outside logs. 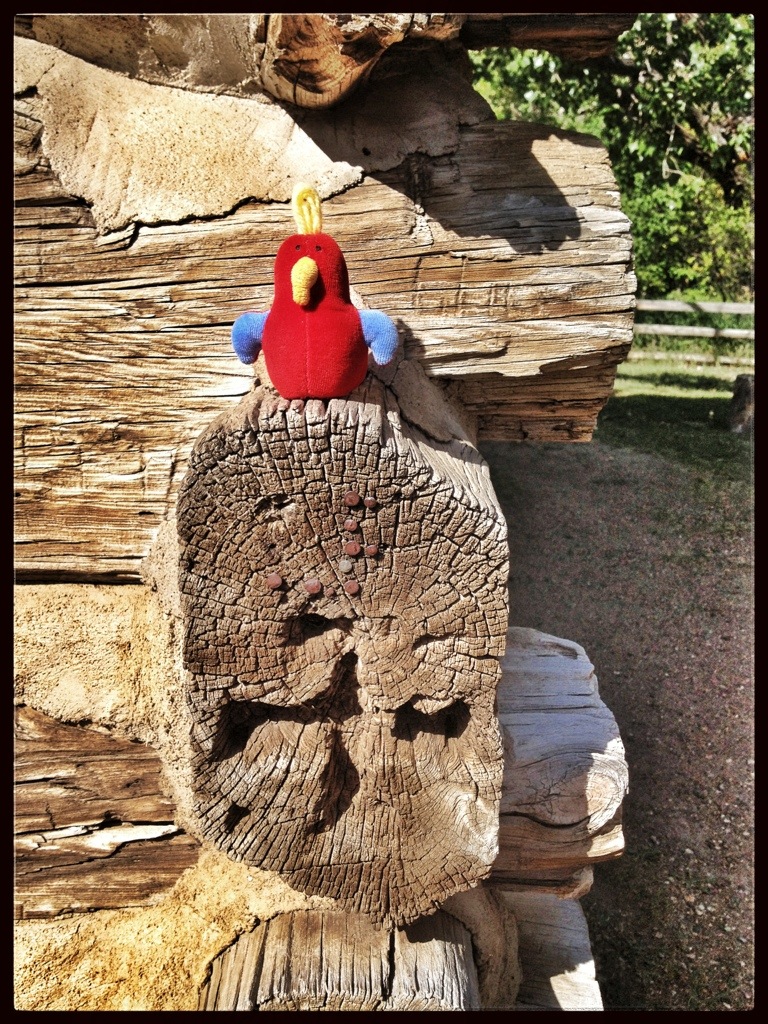 I wandered by again the next morning and took a few more photos. 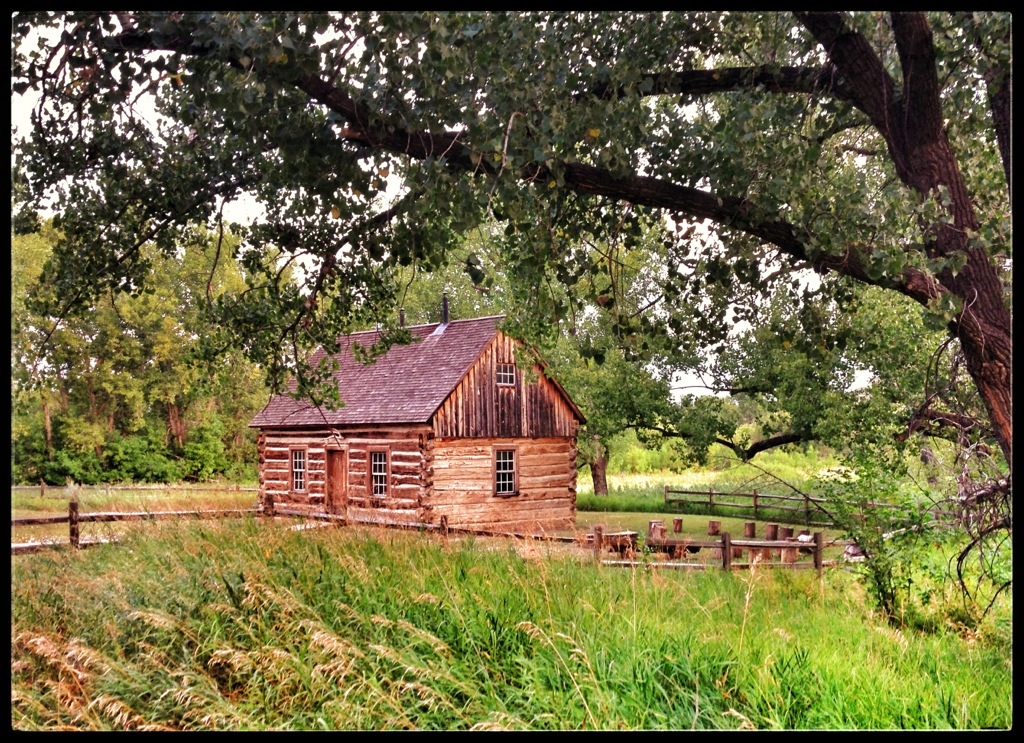 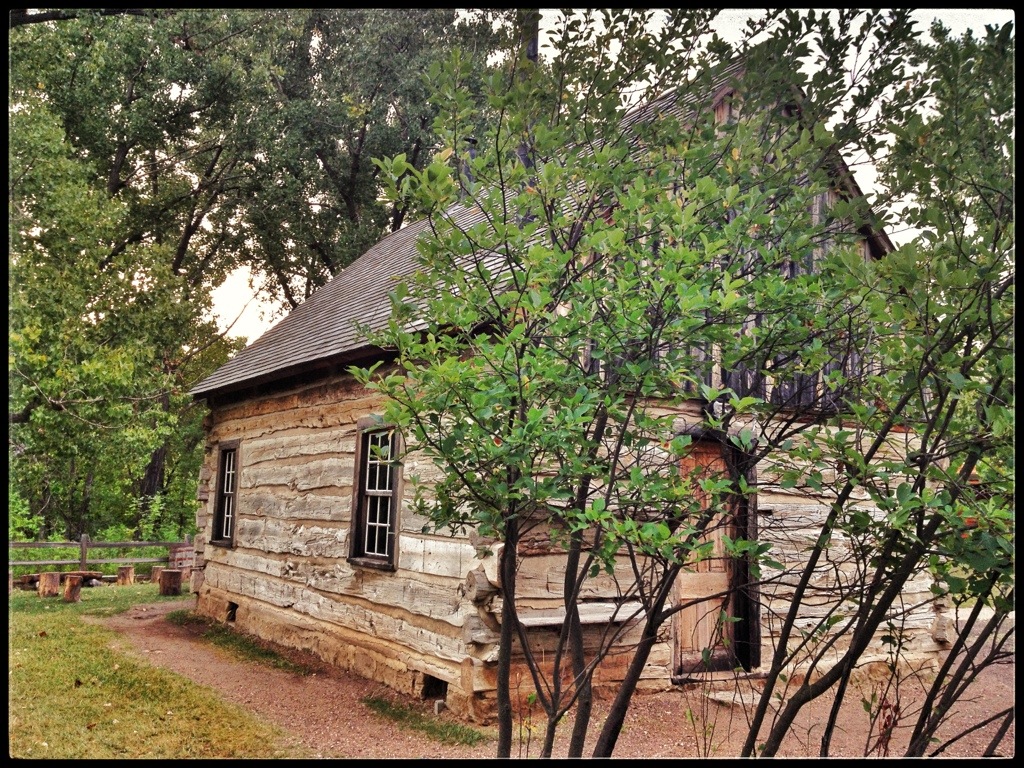 And I took this photo in one of the in-town museums. 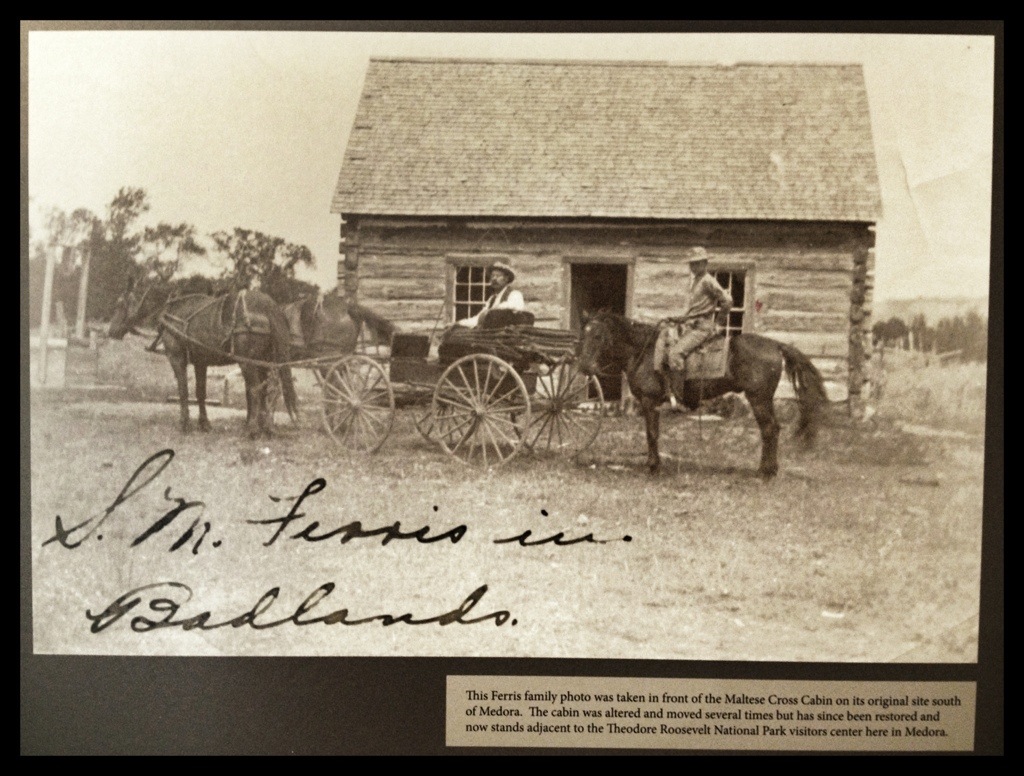 The visitor center display had the shirt Roosevelt was wearing when he was shot in Milwaukee. 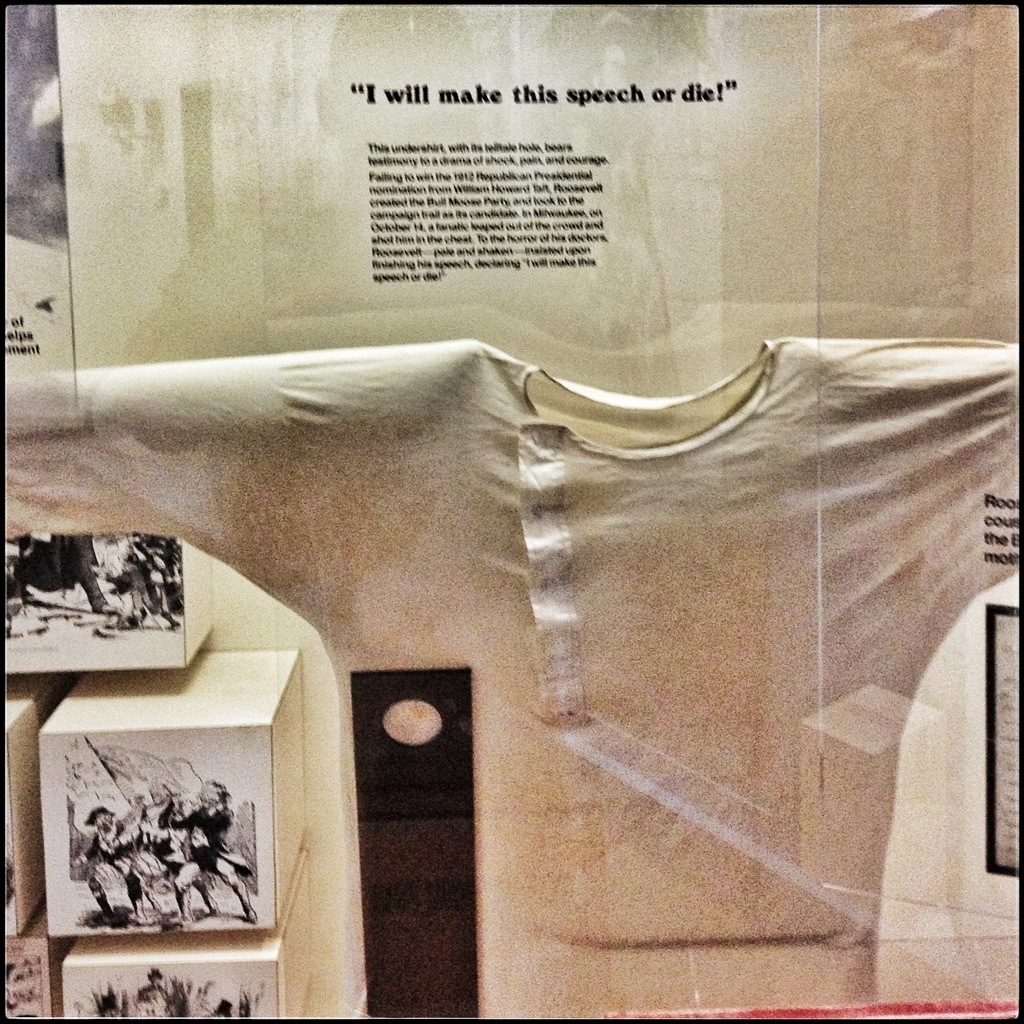