Maroon Bells is high on every list of must-sees in Colorado. We knew going there would cost us, but we decided to join the herd. We drove over Independence Pass to Aspen and paid $10 to park in the lot of a resort. We walked up to a bus and asked the driver if he was heading for Maroon Bells. He said no, it was the bus into town. He then pointed to a bus stop about 40 yards further on and told us that’s where we were supposed to be. We walked on. As we did, the same driver pulled forward in the same bus and stopped at the Maroon Bells stop and changed the destination sign to “Maroon Bells.” We bought two $8 tickets and climbed aboard.

The driver thought he was clever and funny, but he was just odd. His non-stop banter included the information that he “had a thing” for one of the goats in the roadside petting zoo we passed.

After a 20-minute drive, we were let out at Maroon Bells. A short walk took us to the view. And a beautiful view it was. We stayed maybe an hour, wandering around the shores of the small lake and enjoying the beautiful day but not so much the intense sun. 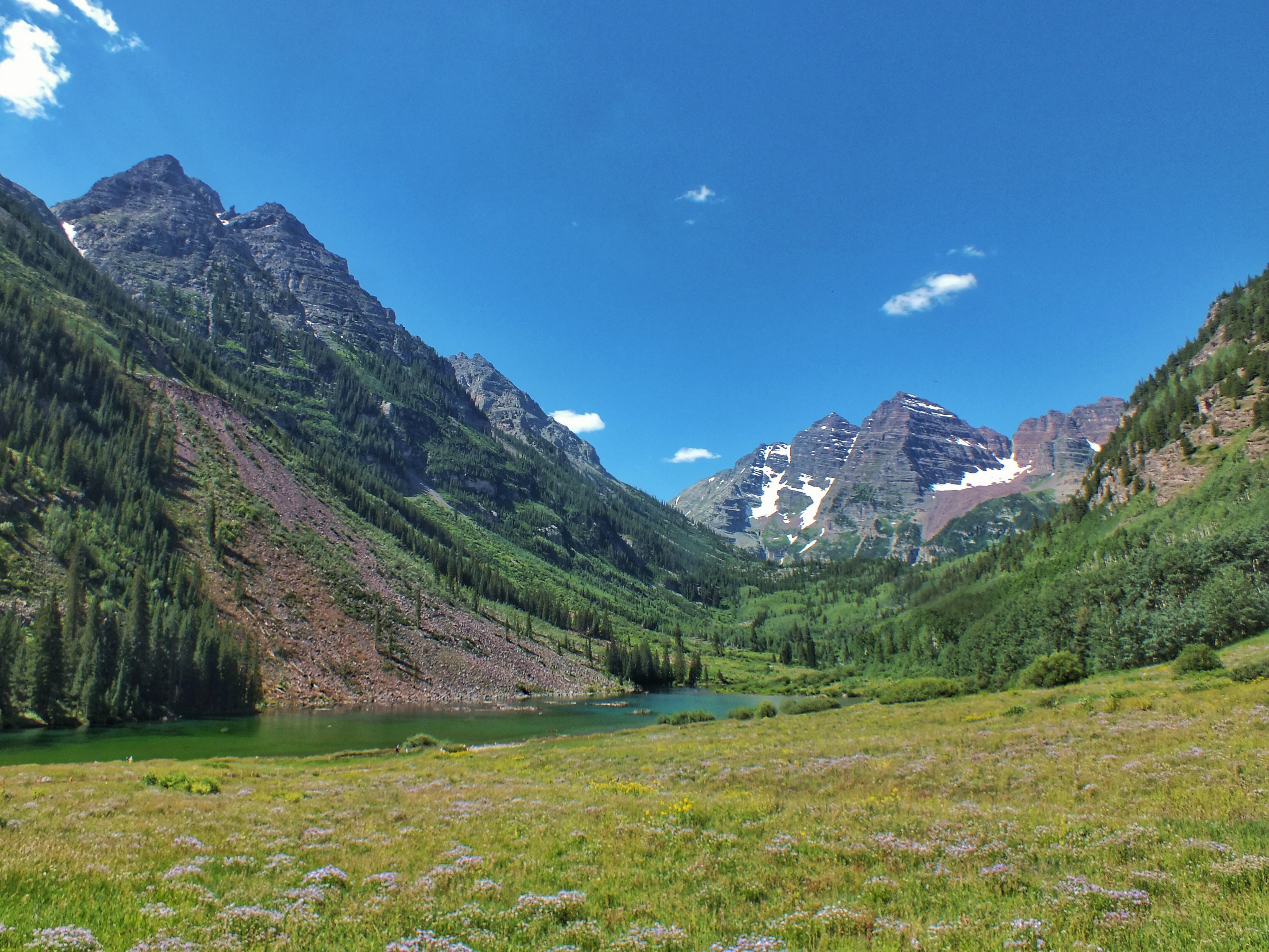 The mountains are named for their reddish color. They’re also called the Deadly Bells. As 14ers, they attract a lot of climbers, but the route is hard and several people have died in the attempt. 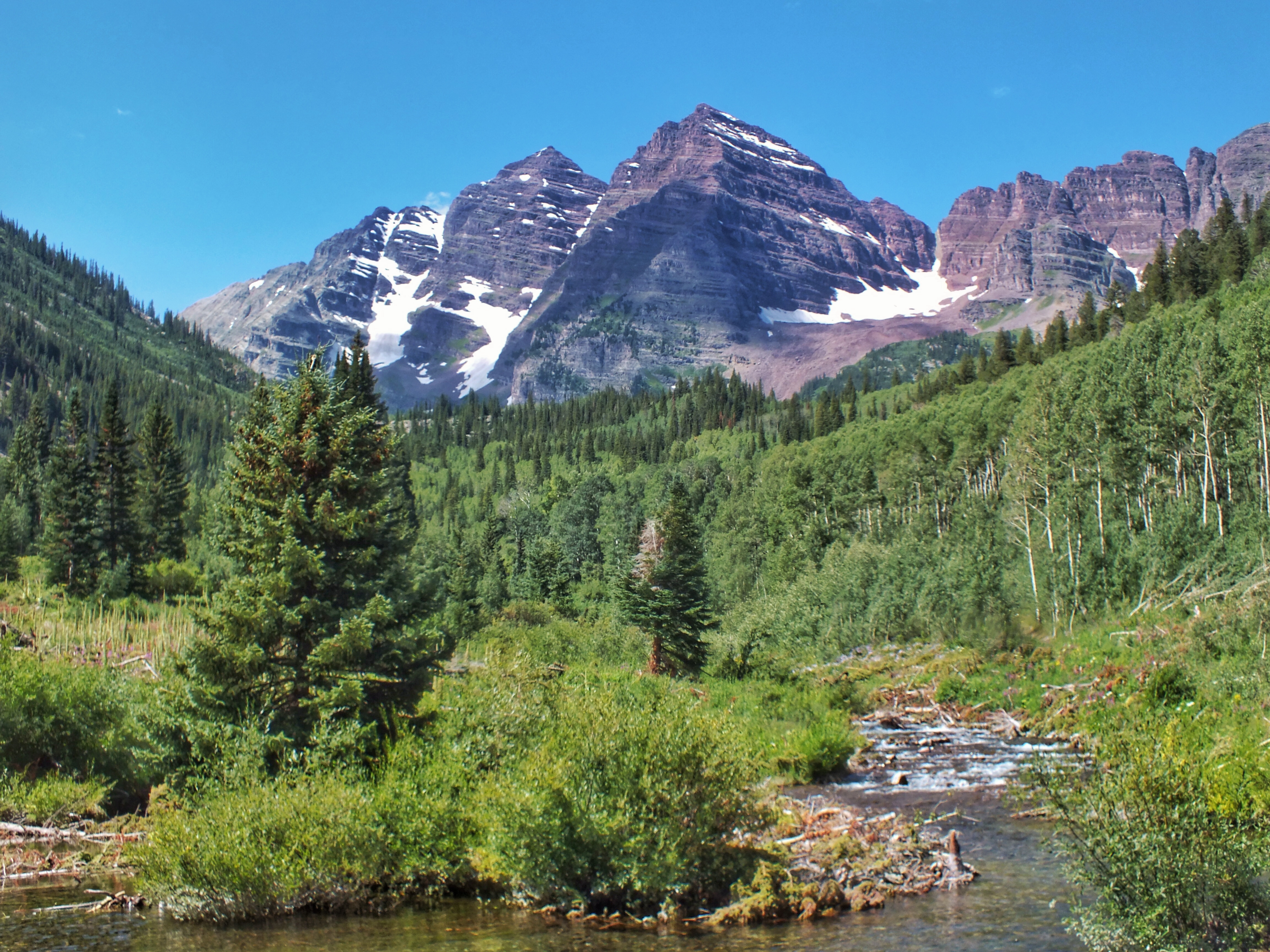 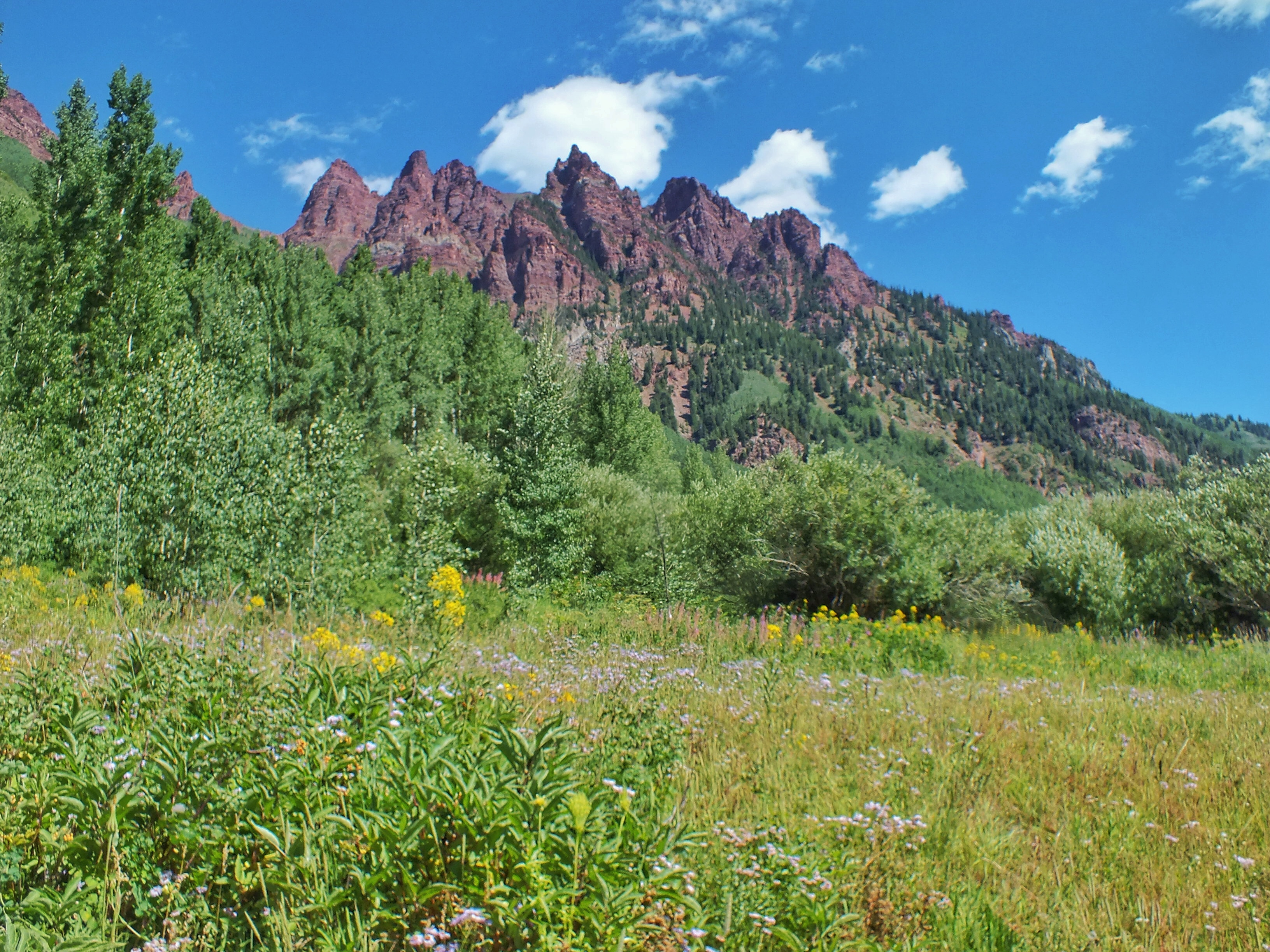 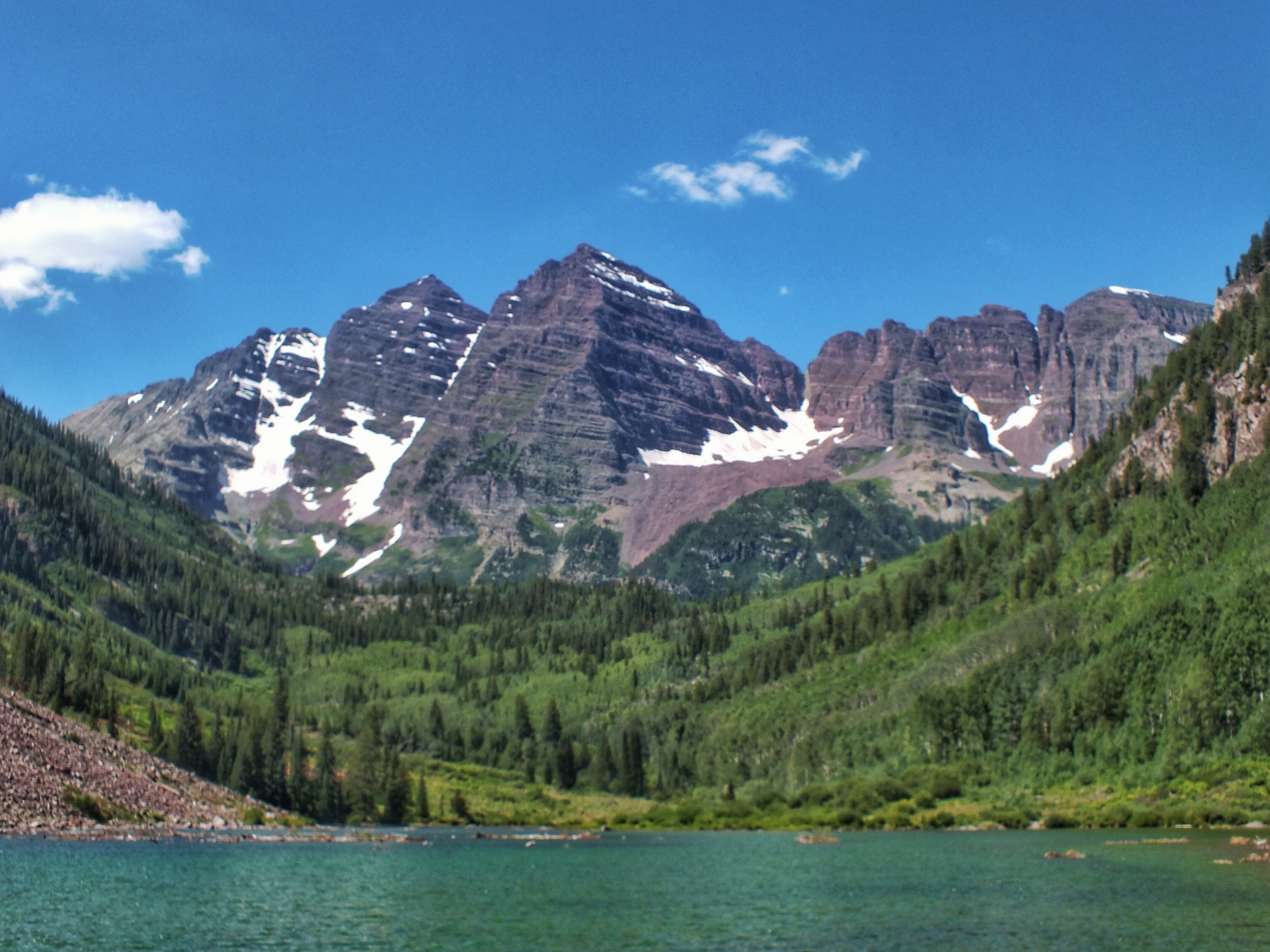 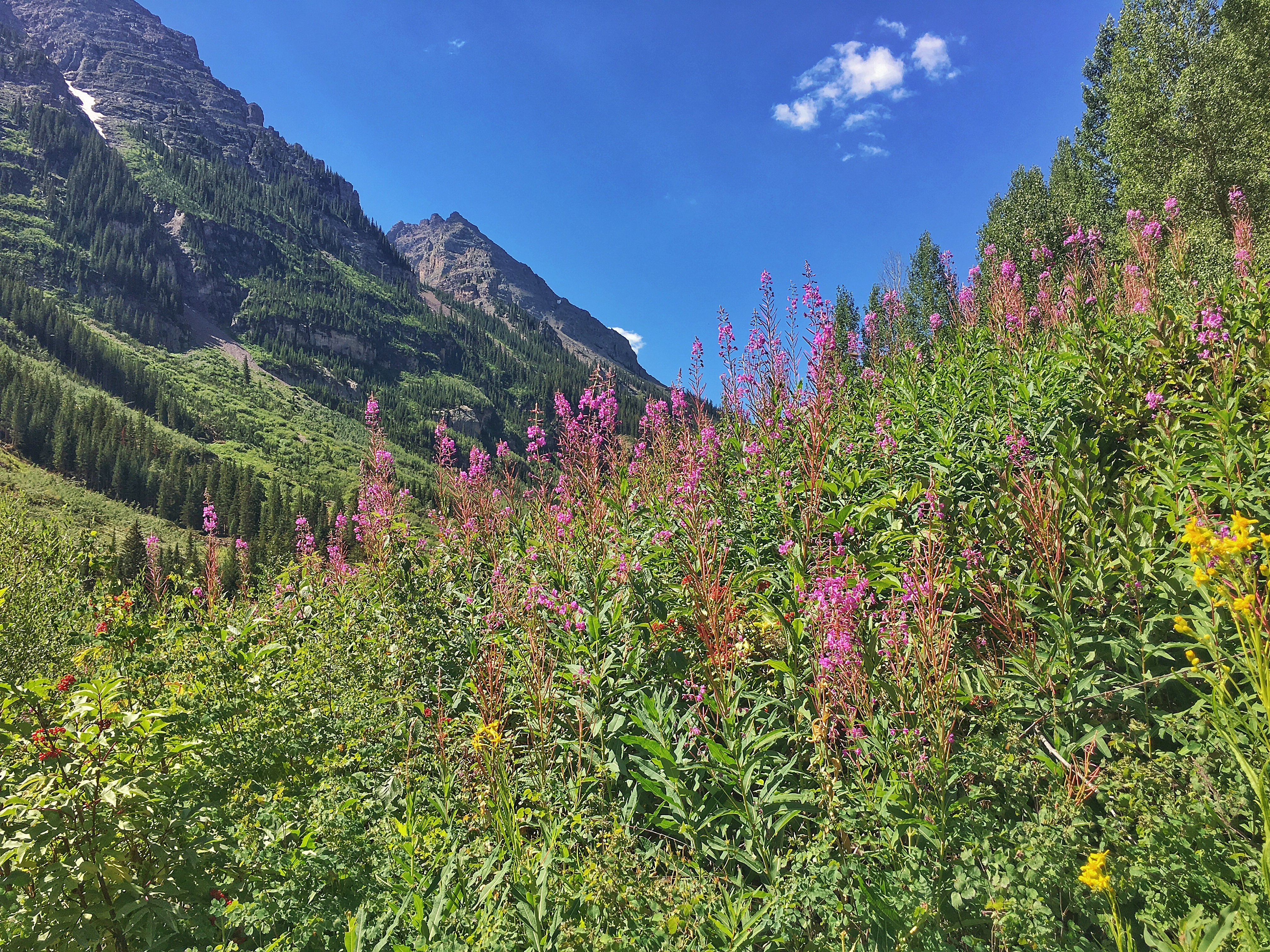 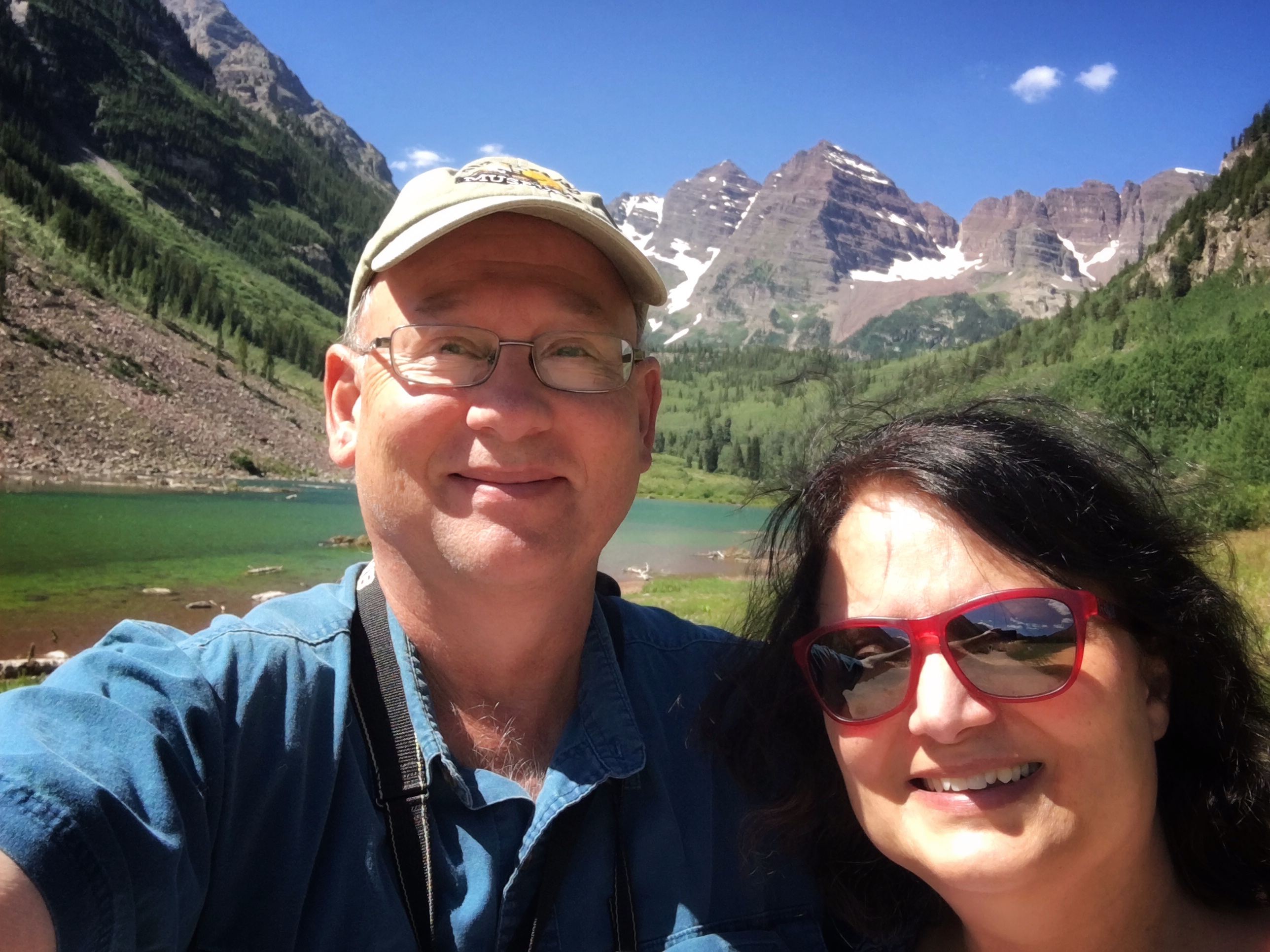 On the way home, we drove back over Independence Pass. I got out briefly for a few photos. 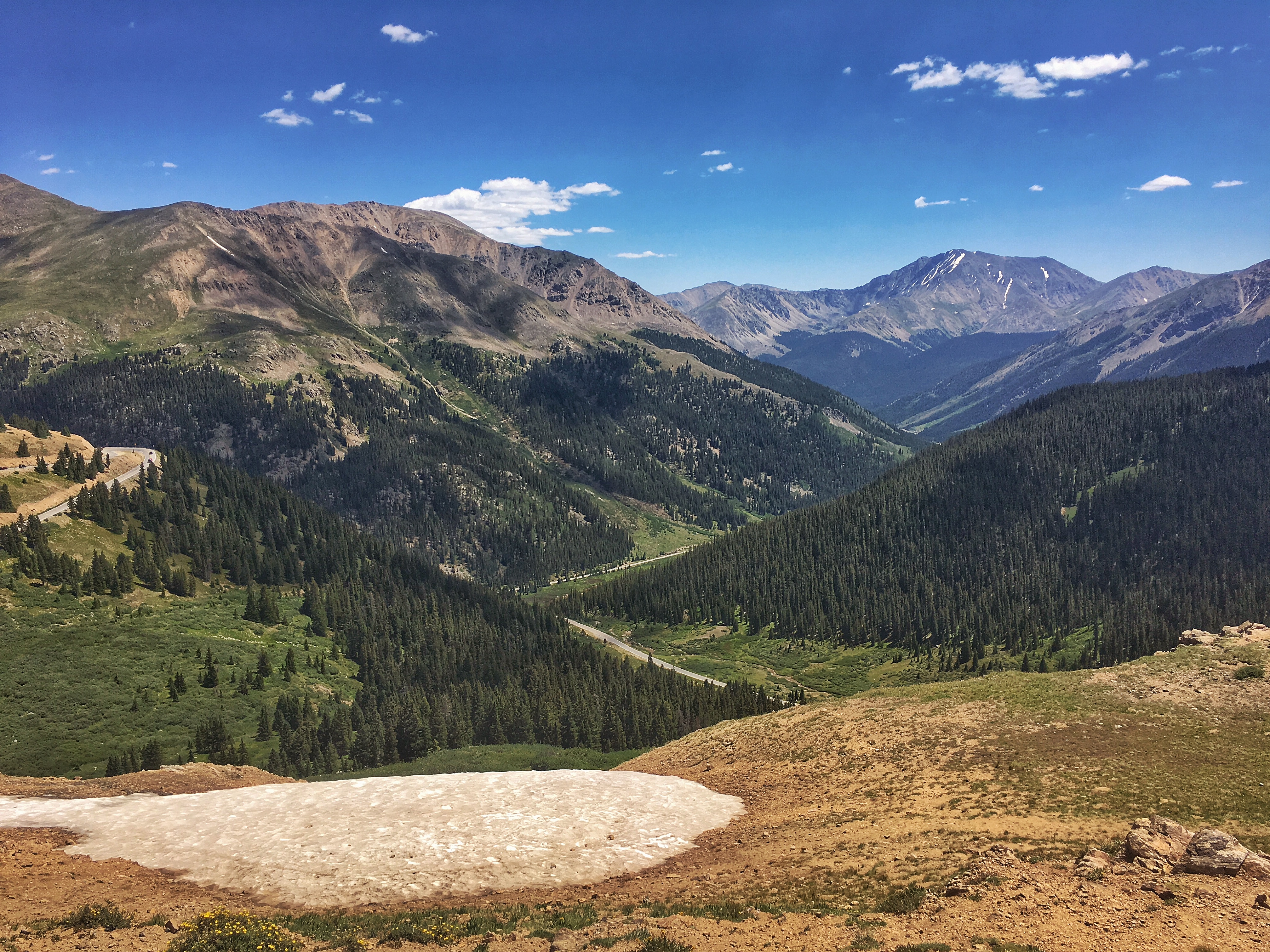 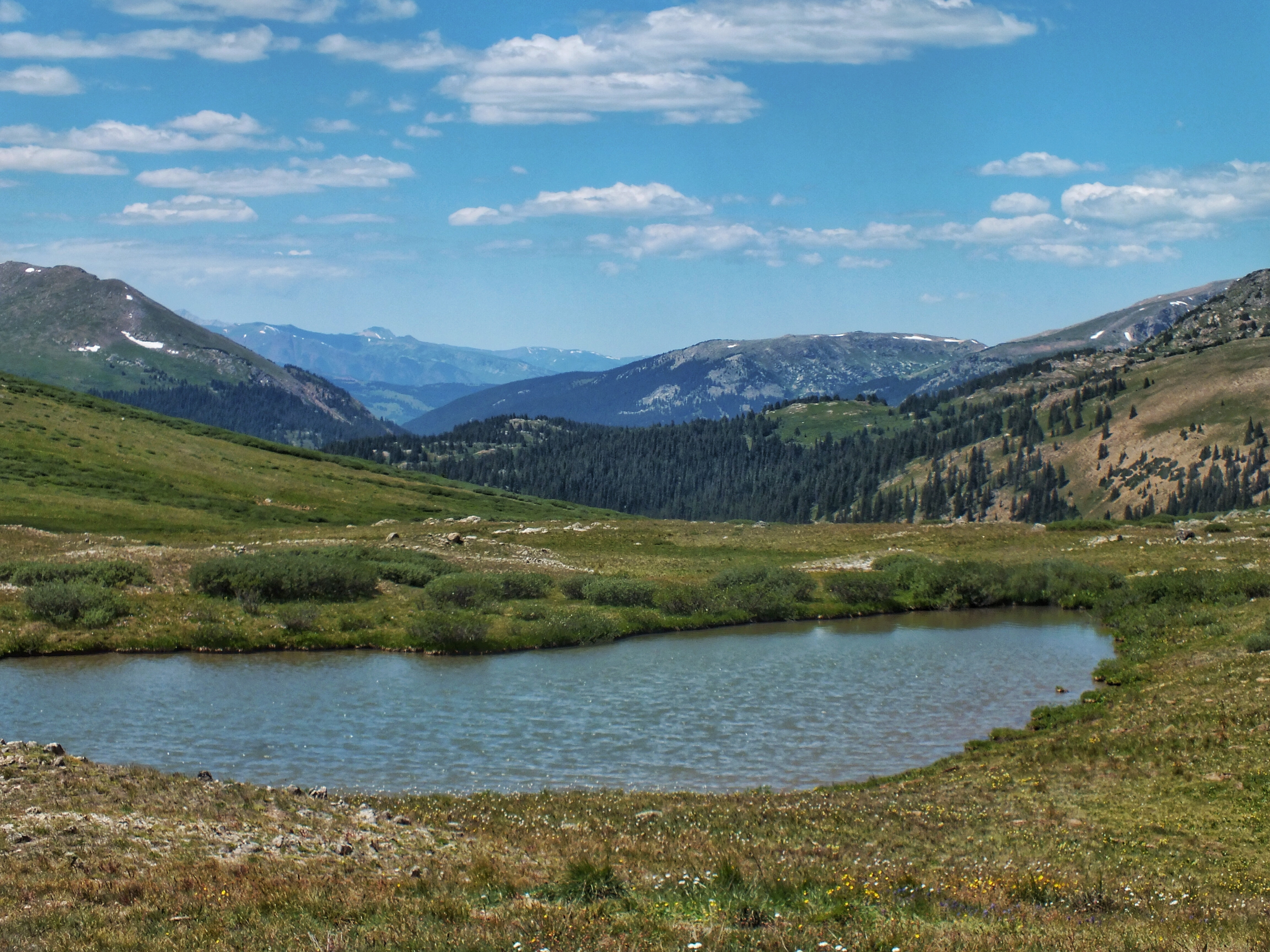 We stopped for lunch at a tasty but expensive sandwich cafe in Buena Vista. We got home around 5:00.