After we toured Plimoth Plantation, and after I made a trip to a camera store to try to get my camera fixed (unsuccessfully), we toured the Mayflower, which was docked just across the road from our hotel. 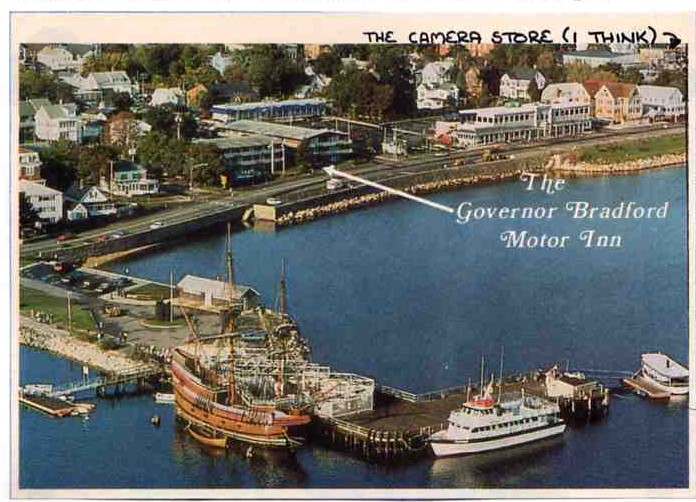 The original Mayflower is long gone. This reproduction, Mayflower II, was built in England in 1955 and sailed over to Plymouth in 1957. The ship is not large, and on the original voyage it carried 102 passengers. I had no trouble picturing what it must have been like because there were at least that many tourists aboard. There were re-enactors there too, playing the roles of crewmen and passengers in the time-frame of winter 1620/1621, but we didn’t talk to any of them because it was almost too crowded to move. I was impressed by the ship itself and found it difficult to imagine how all those people, with their possessions, could have managed to exist in that little space below-decks for a two-month voyage. 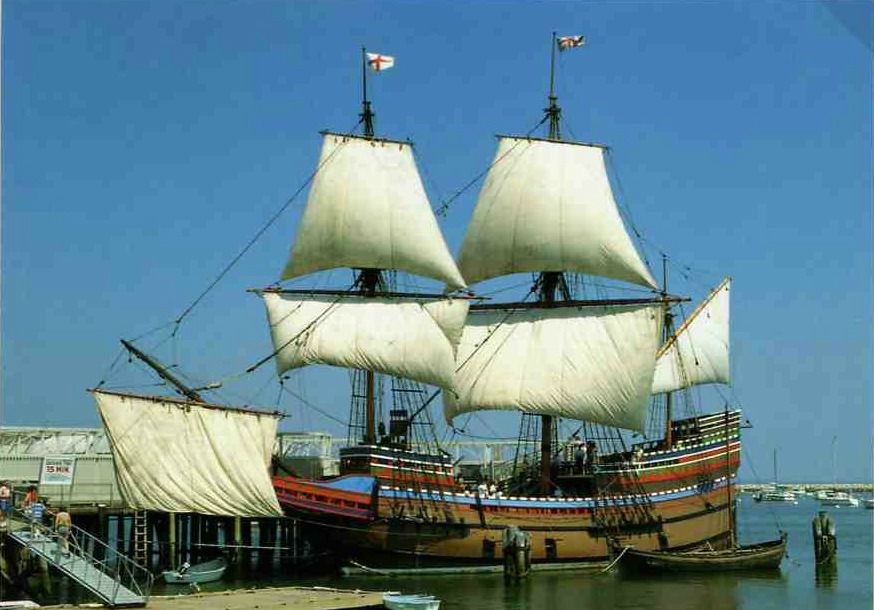 The mood was largely destroyed for me by the maze of plastic and scaffolding that we had to wind our way through on the dock to get on and off the ship. It was intended for crowd control and interpretive displays, but it would be difficult to imagine a more incongruous effect. We spent about 15 minutes aboard, then headed to a Friendly’s ice-cream parlor for supper.