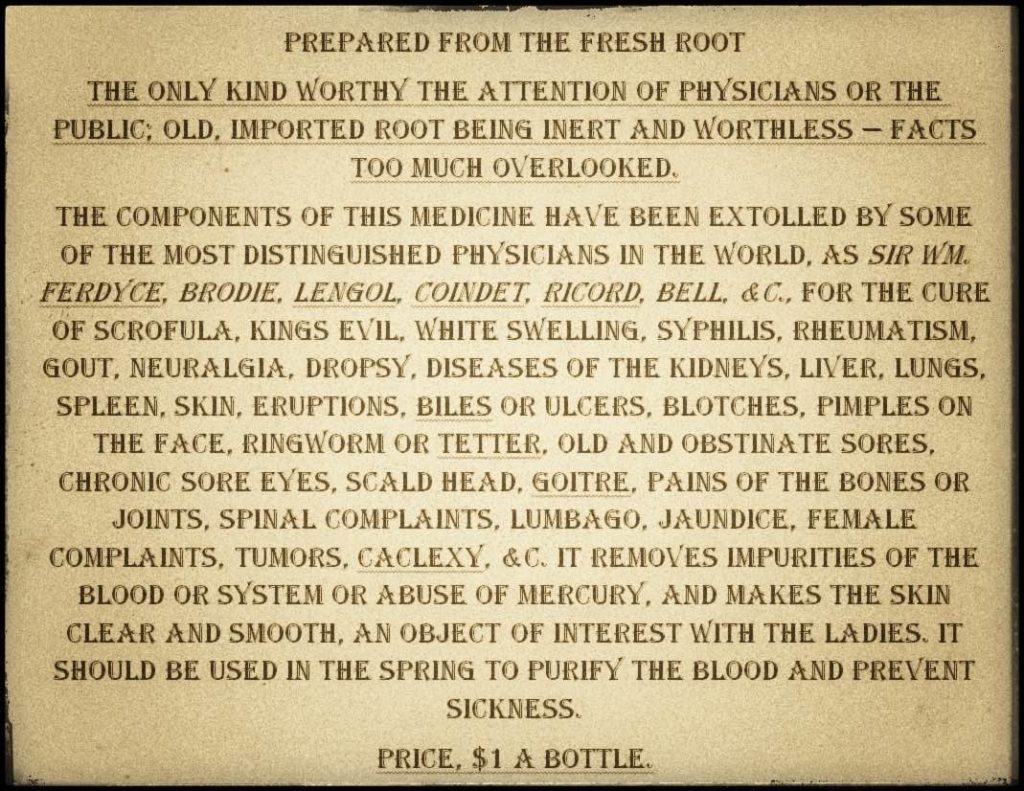 During the 19th and even into the early 20th century, patent medicines were big business. They promised great things (that’s the text from an actual ad reproduced here), but they frequently did more harm than good. The major ingredient was often alcohol, cocaine or morphine. Until regulations came into effect, there were no restrictions on what the manufacturers could use as ingredients, and they didn’t have to list them either — that’s where the patent came in.

Timothy had to deal with a similar situation in first-century Asia. His mentor, Paul, was in prison in Rome. Timothy was a young, dedicated, but somewhat timid man who was suddenly responsible for the spiritual guidance of all the churches in Asia.

Paul knew that Timothy would soon have to deal with “spiritual medicine men,” teachers and preachers who invented their own truth and proclaimed its benefits. He warned Timothy that these men would have a form of godliness, but not to be deceived. They oppose the truth — [they are] men of depraved minds, who, as far as the faith is concerned, are rejected (2 Timothy 3:5, 8).

A few verses later, Paul continued his warning. For the time will come when men will not put up with sound doctrine. Instead, to suit their own desires, they will gather around them a great number of teachers to say what their itching ears want to hear (2 Timothy 4:3-4).

How was Timothy to deal with these medicine men? The same way that the government today deals with medicines — by putting them to the test, checking the ingredients, finding out if they live up to their claims. And how was Timothy to do this? He was to … continue in what you have learned and have become convinced of, because you know those from whom you learned it, and how from infancy you have known the holy Scriptures, which are able to make you wise for salvation through faith in Christ Jesus (2 Timothy 3:14-15).

And then Paul gave Timothy the remedy for all spiritual ailments: All Scripture is God-breathed and is useful for teaching, rebuking, correcting and training in righteousness, so that the man of God may be thoroughly equipped for every good work (2 Timothy 3:16-17).

Two thousand years after Timothy, the problem he had to deal with has only gotten worse. It’s hard to turn on a TV or look on the Internet without finding someone selling his or her brand of godliness (or godlessness). Some of them contain portions of the truth; others are total fabrications. And undiscerning people are falling for the lines.

What’s the remedy for this situation? The same remedy that Paul gave Timothy — Scripture. Every major decision, every problem, every situation should be evaluated in light of the Bible. A thorough knowledge of Scripture — and only that — will equip you to deal with false teachers.