My plan was to spend the day exploring and birding Chatfield State Park. I had hardly arrived when I realized this wasn’t a good plan. There was a lot more snow than I expected. The melting snow and warm temperatures conspired to make the trails half mud and half ice. That, along with a brisk wind, make walking unpleasant and kept the birds out of sight.

I quickly went to Plan B, hiking the trails along the South Platte River not far northeast of the state park. It was calmer here, although there was still plenty of mud and ice. I wasn’t seeing much and considered calling it an early day when I happened upon a large flock of Northern Shovelers in a feeding frenzy. For the next half hour or so, I watched amazed. How they manage to get any food in that chaos, I don’t know. 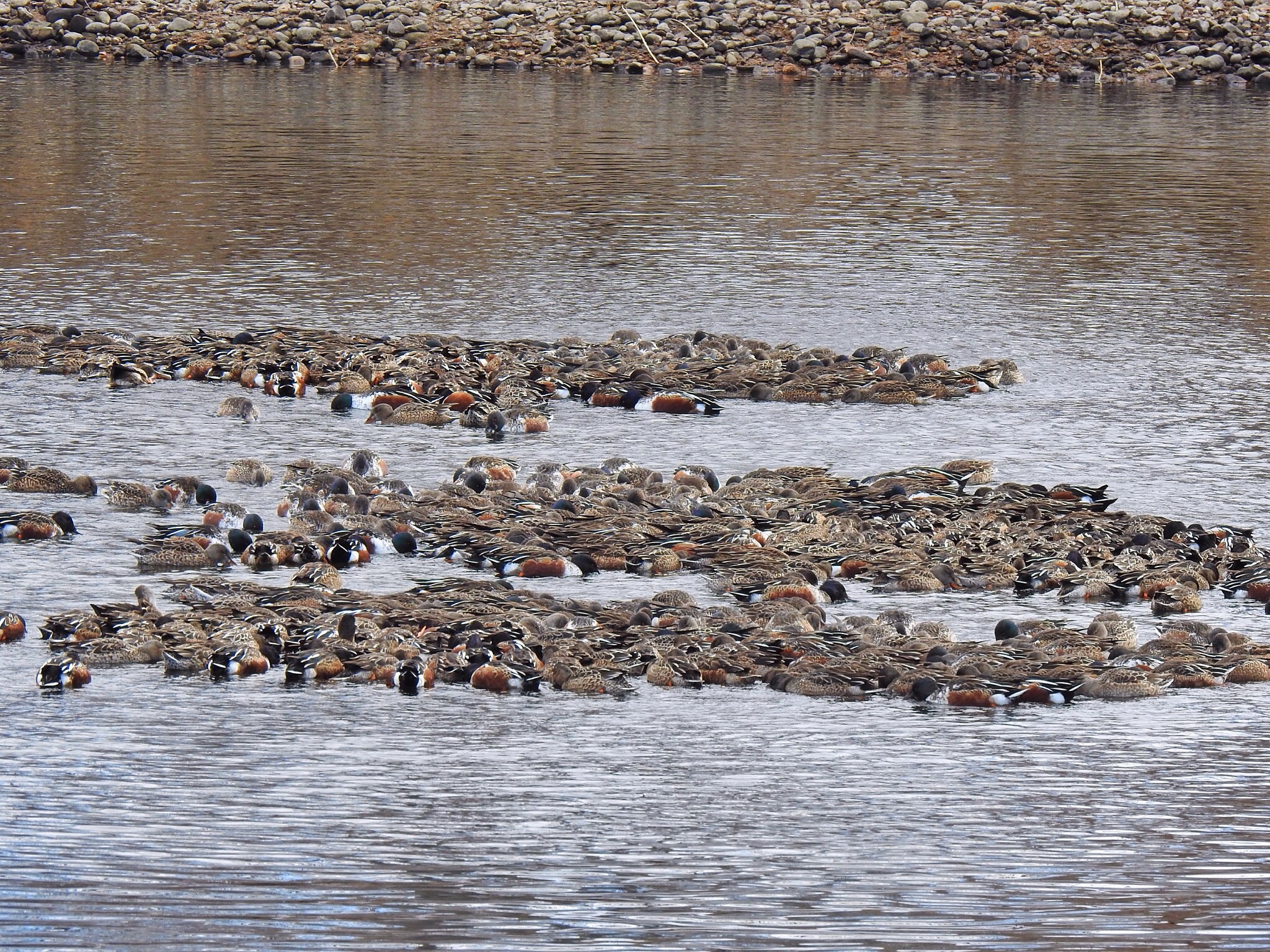 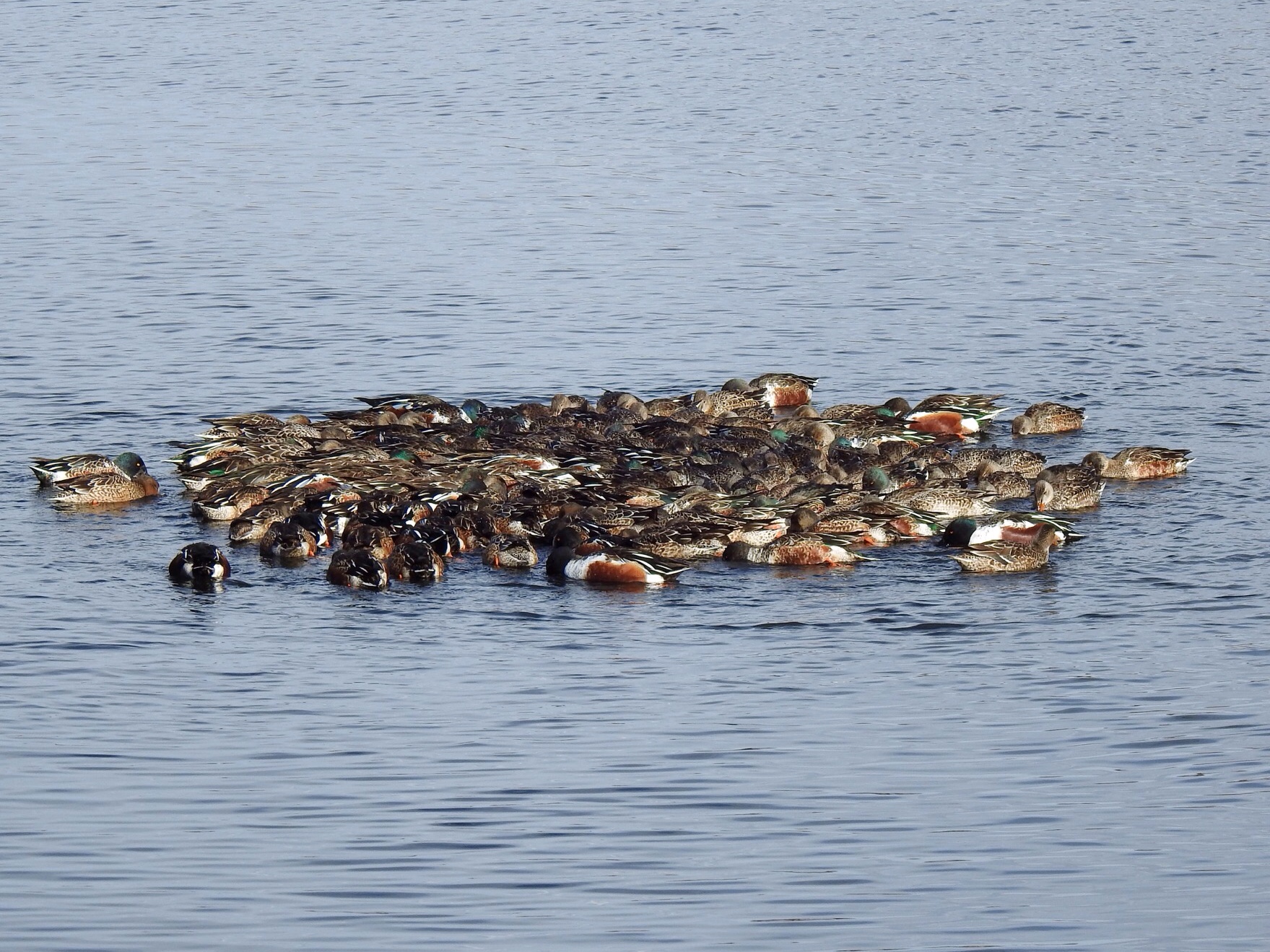 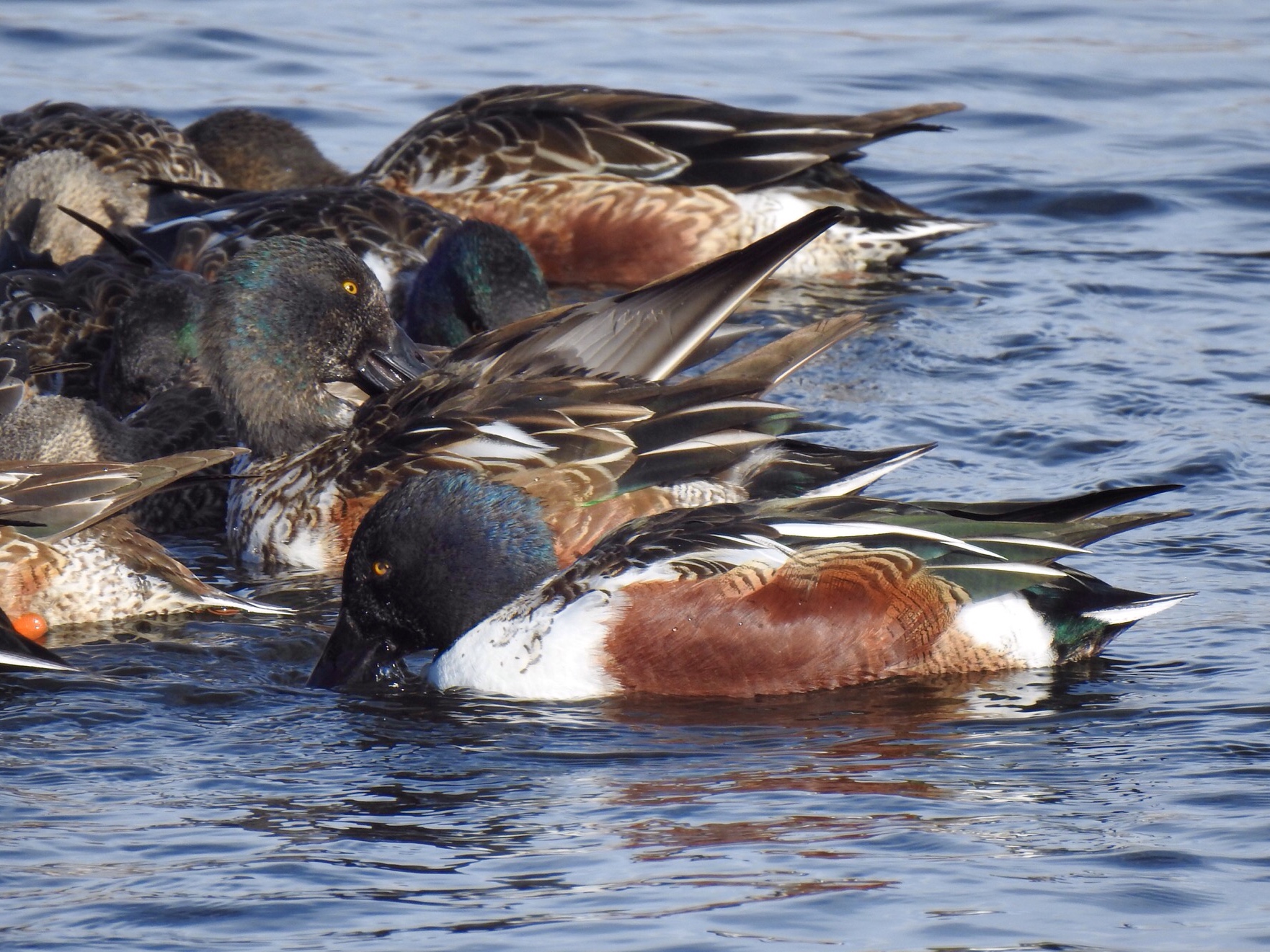 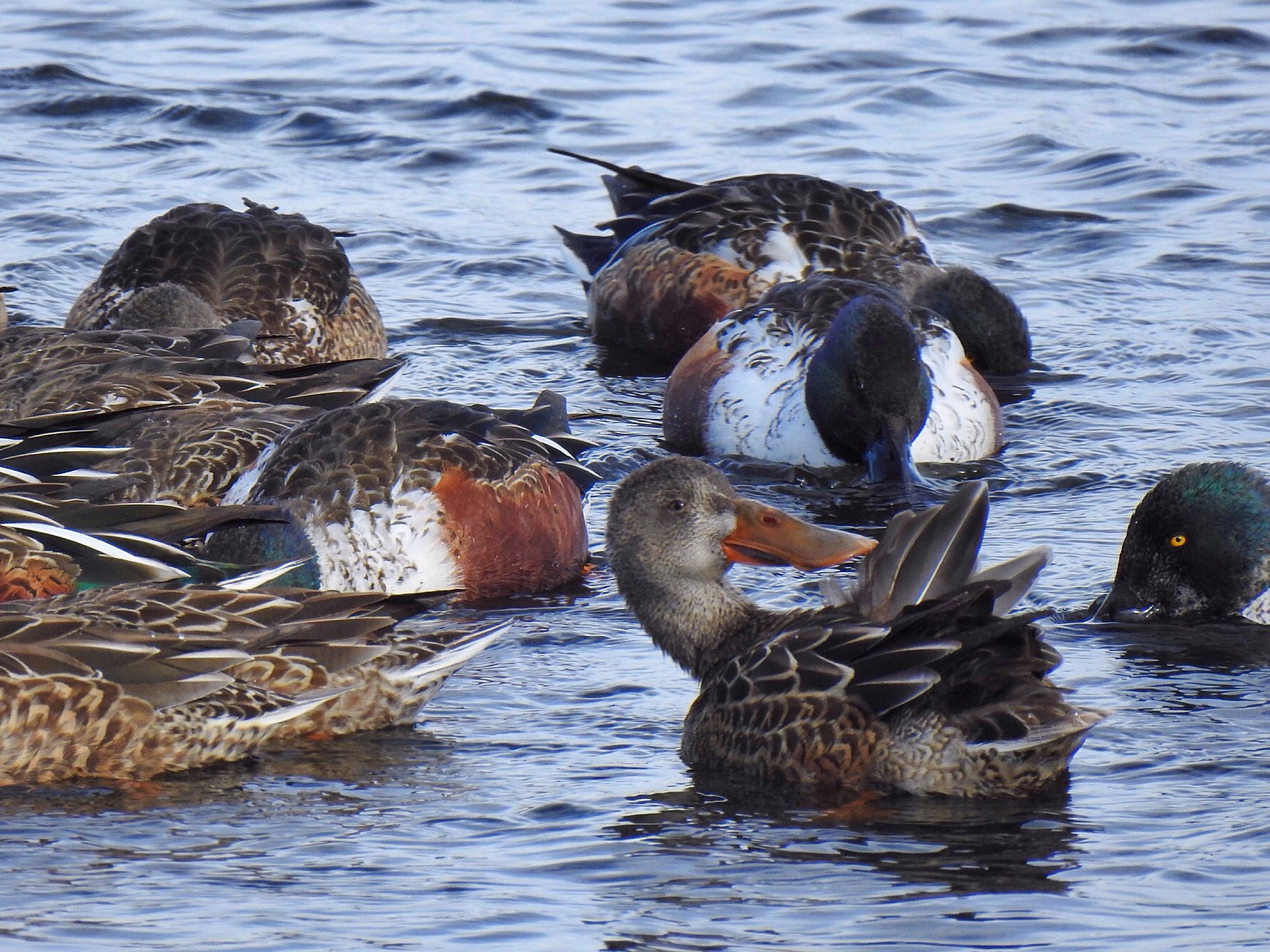 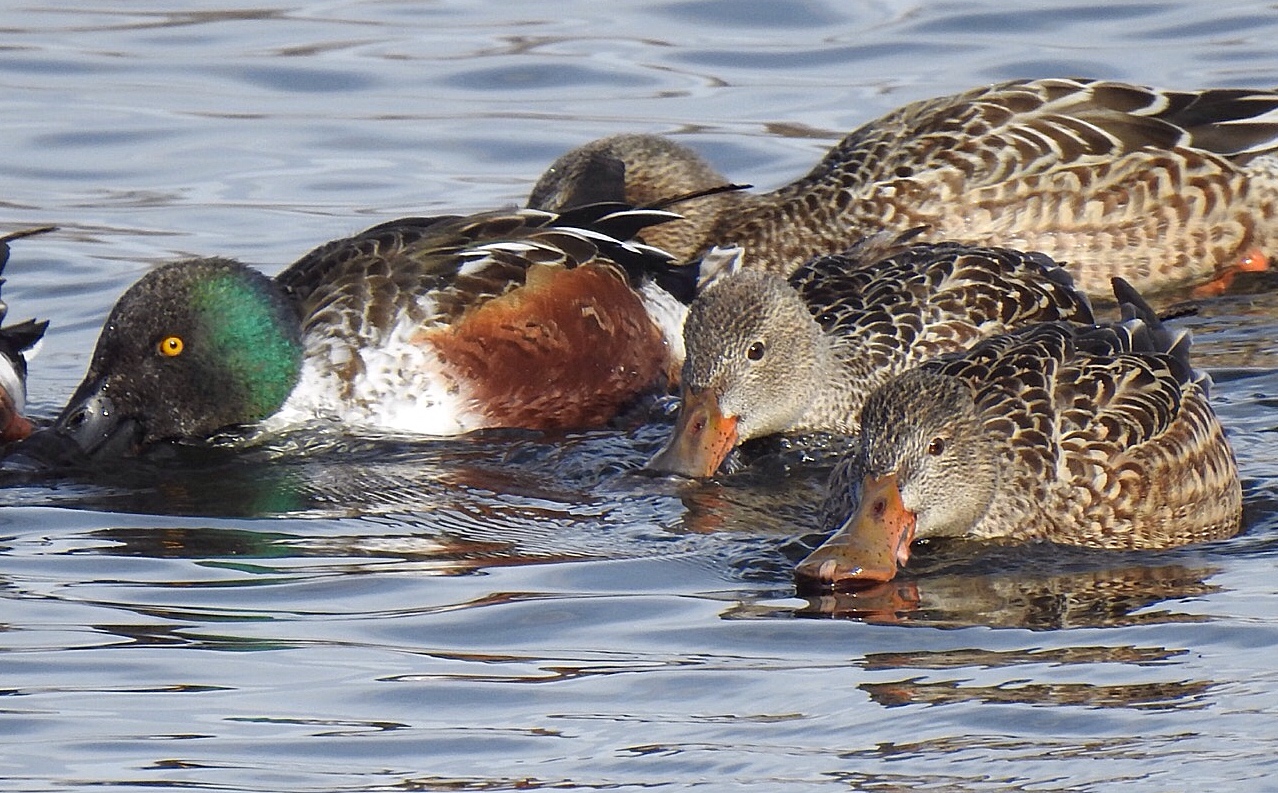 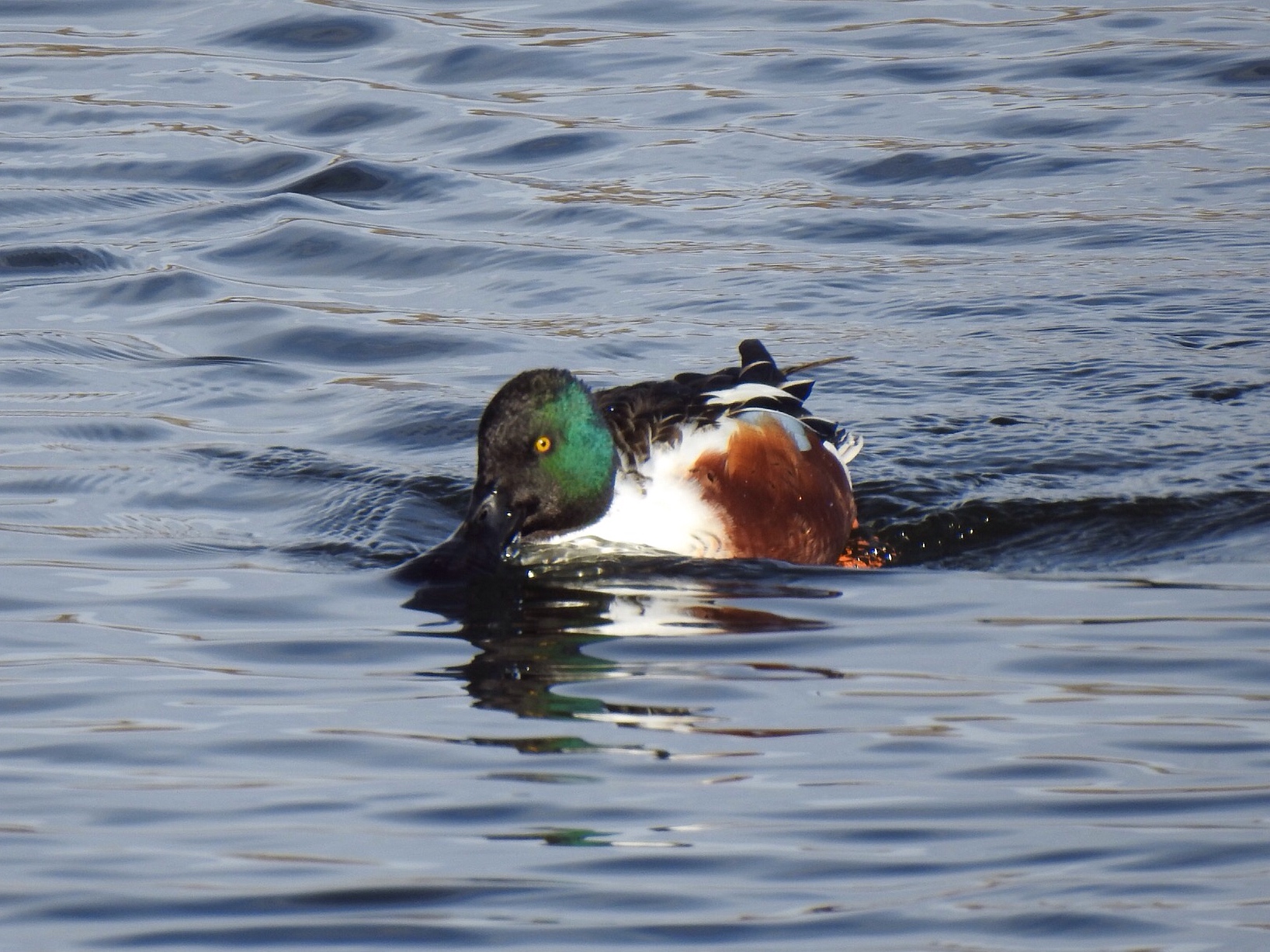 There were other birds around, most of them ducks, and most of them too far for good photos. I managed these …

Female Common Goldeneye. The second photo would have been a classic except for a small twig between me and the bird that shaded half the picture reddish. 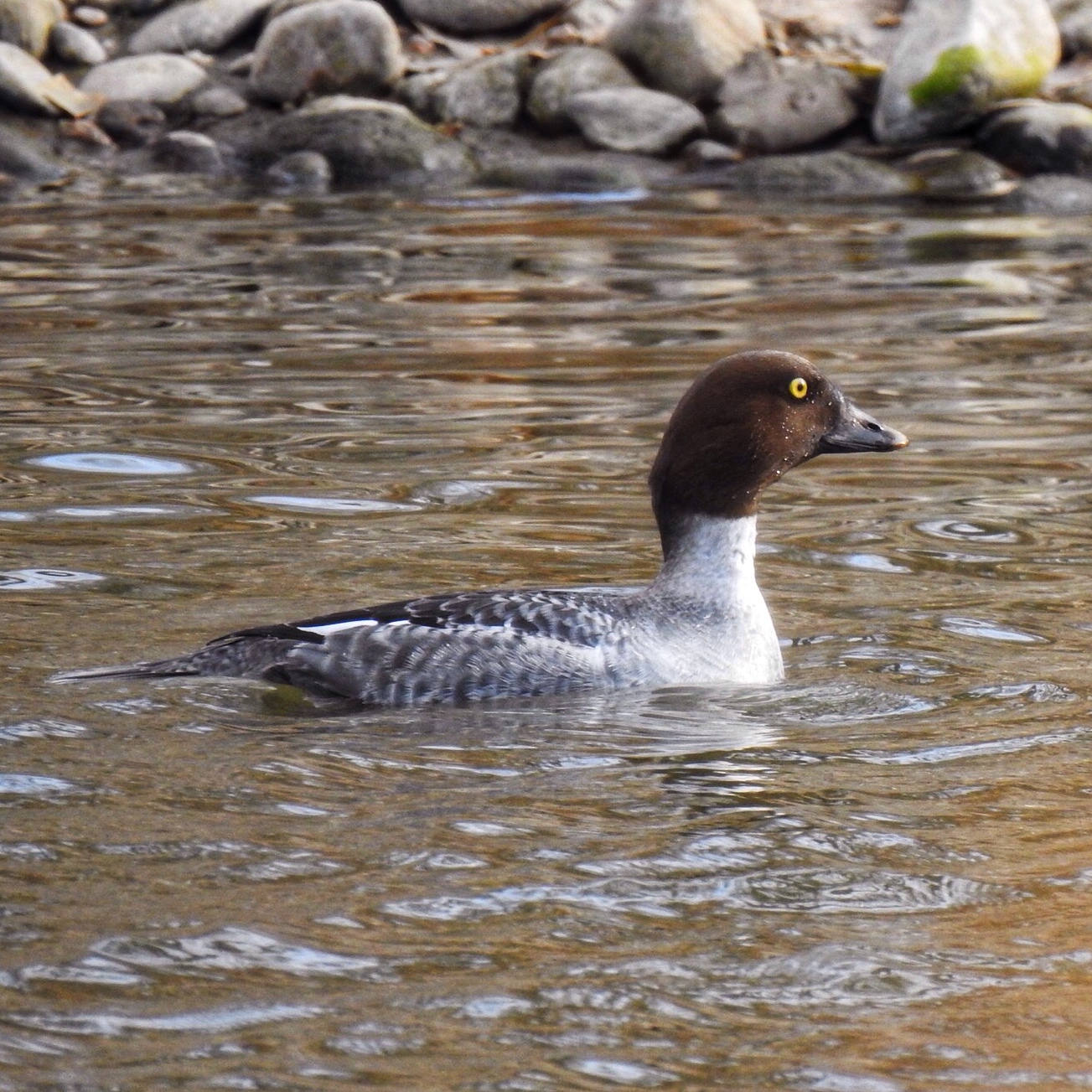 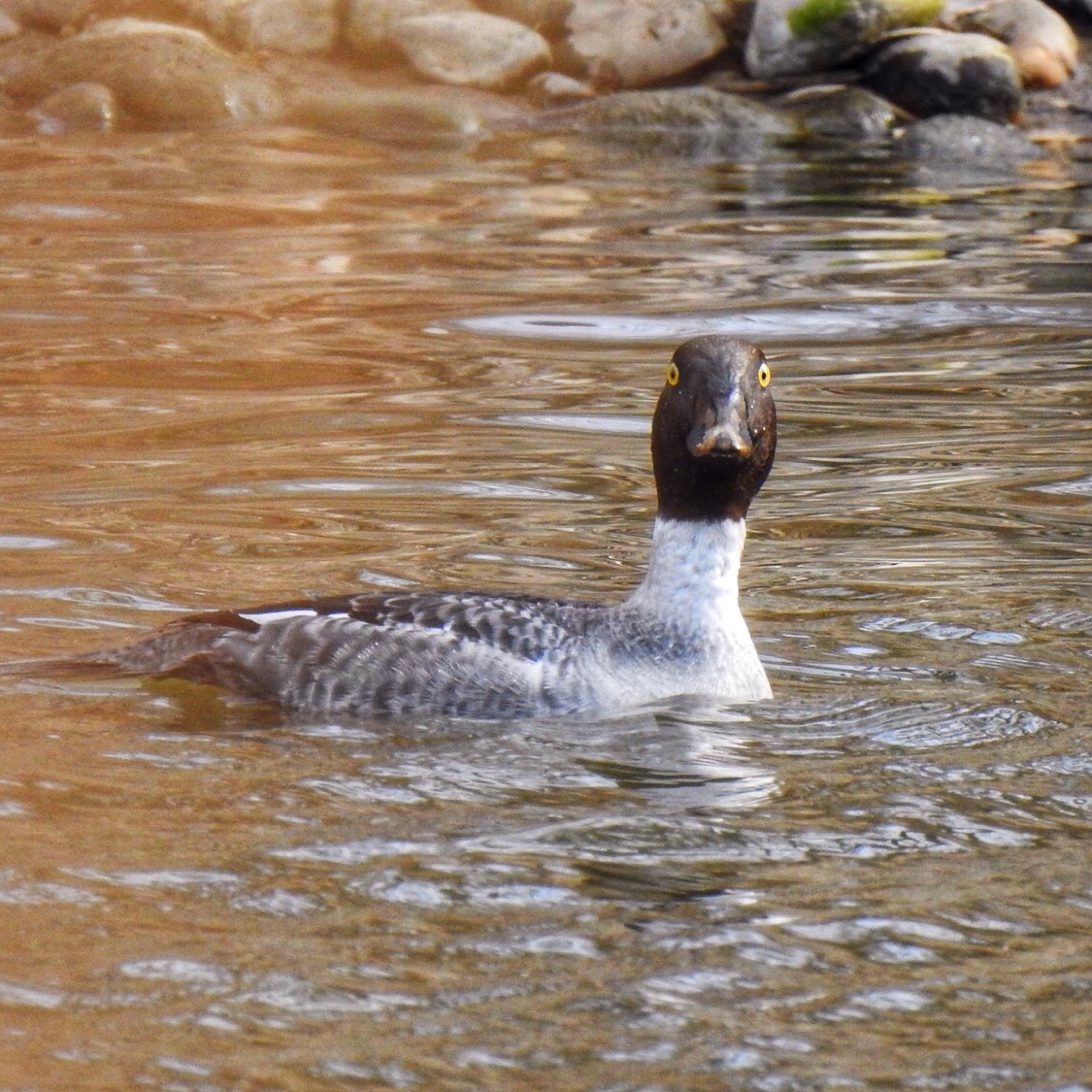 A pair of American Wigeons that just would cooperate and turn toward the sunlight. 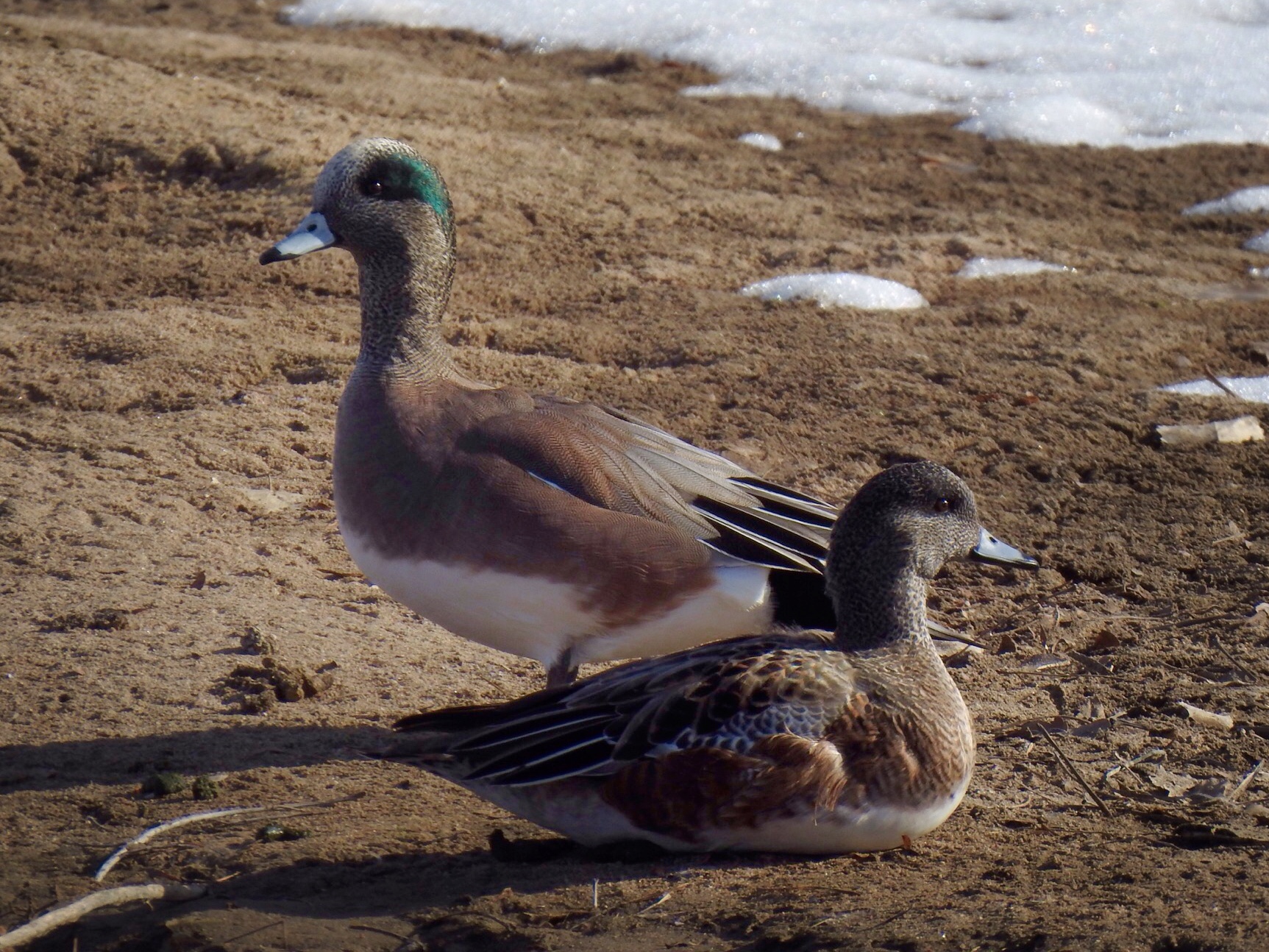 A Hooded Merganser. It swallowed that thing it’s holding in its bill, but I have no idea what it is. 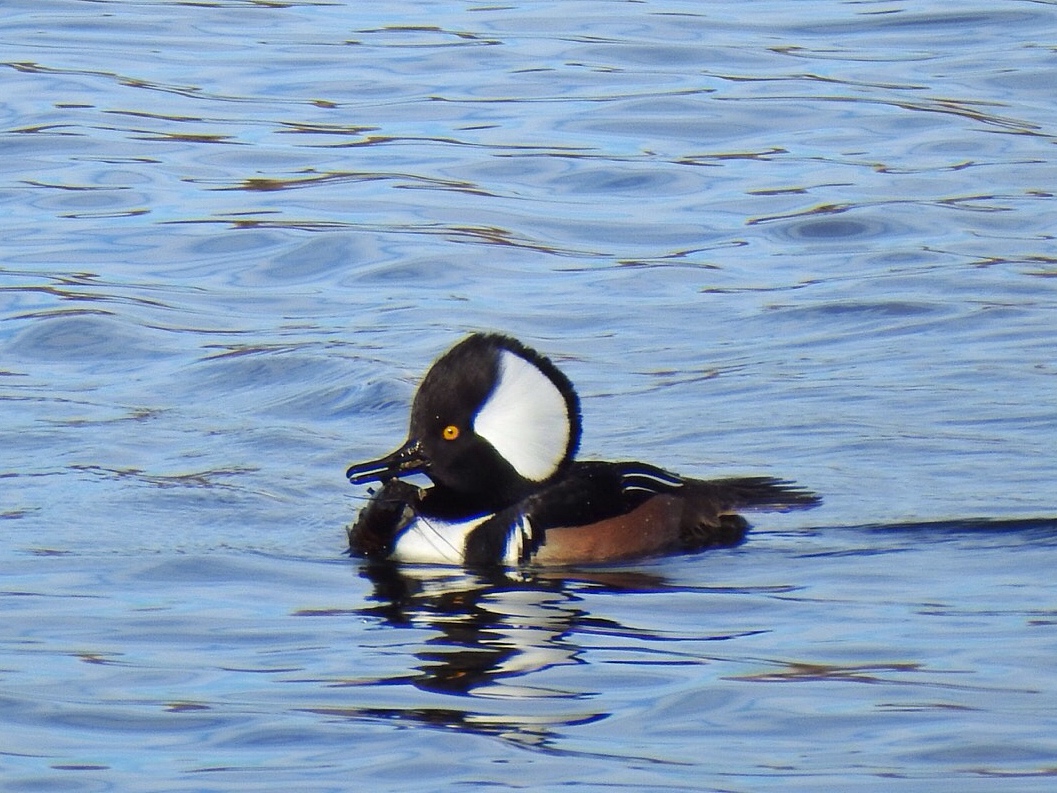 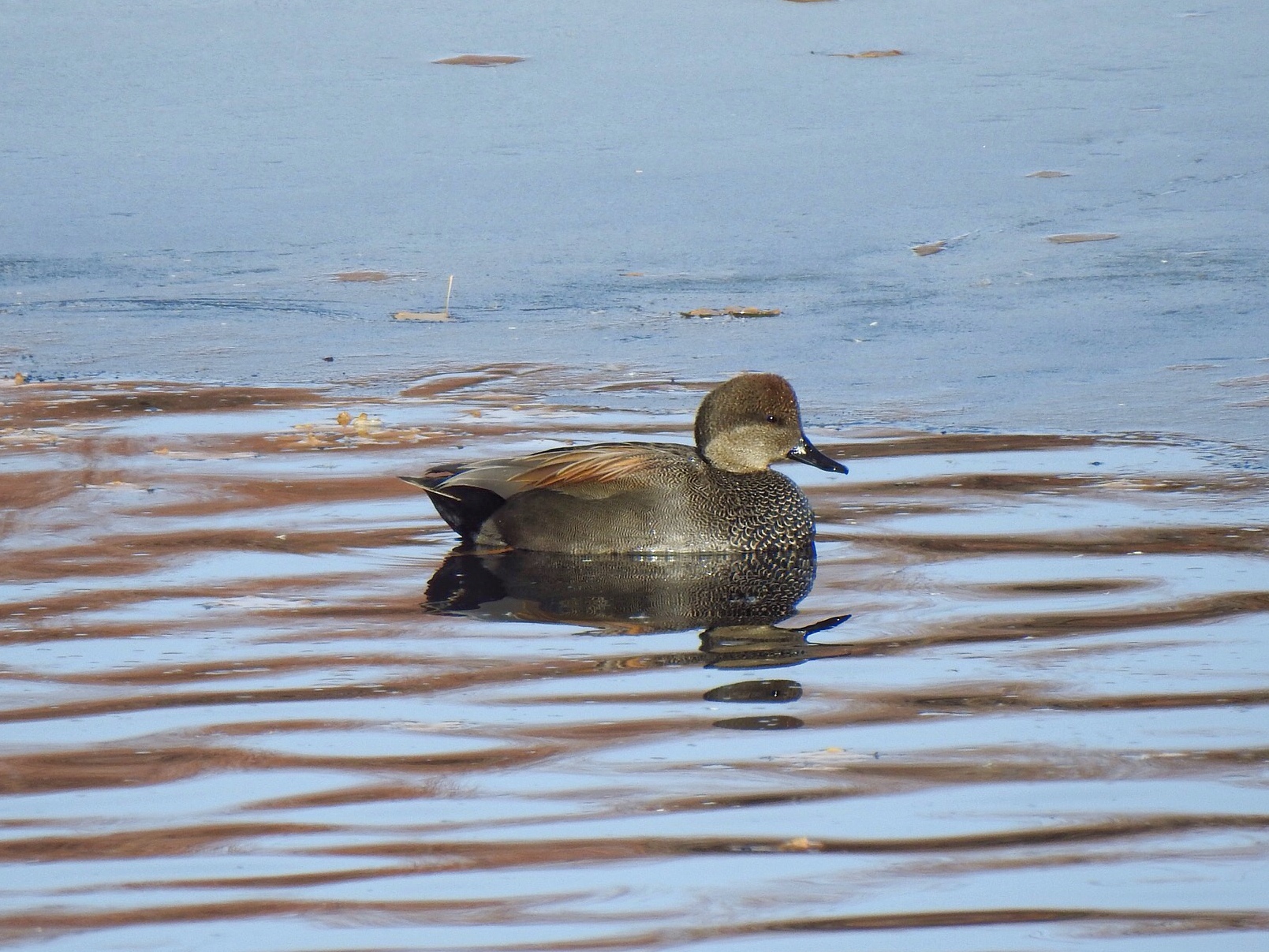 I sorted my bird photos recently and realized I’ve never taken a good photo of a Robin. Here’s a start. 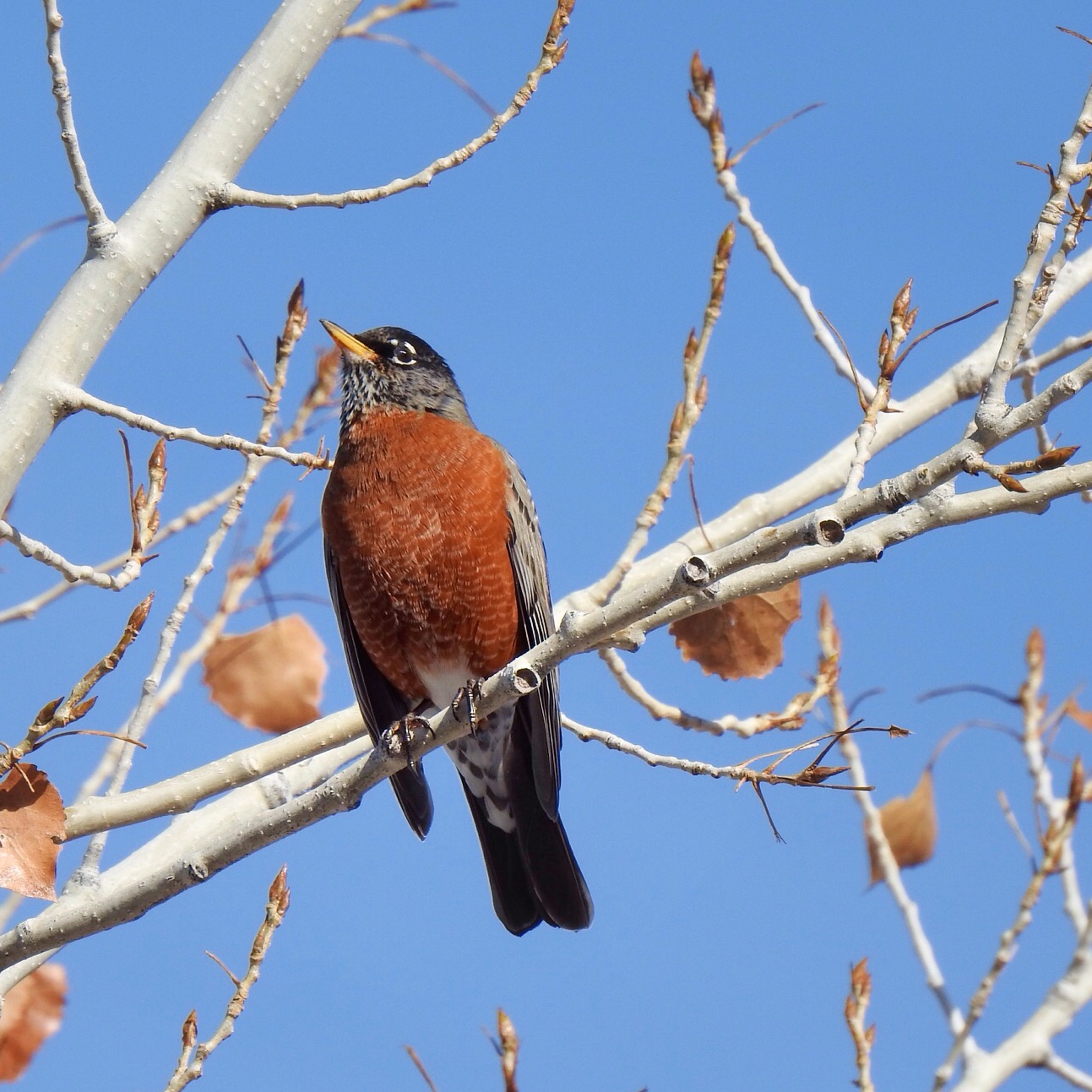 I ate a mediocre sandwich at Potbelly’s in Castle Rock and finished the day with two mostly birdless but beautiful miles at Castlewood Canyon State Park.