I really want to see the Gyrfalcon that’s been hanging around the Fort Collins landfill off and on for the past two winters. My plan was to get up at 4:30 and be on site a dawn to watch for it. But I picked a morning after a night in which I got very little sleep. When 4:30 came around, I was in no condition or mood for a 2¼-hour drive in the dark. I was regretting this greatly later in the day when another birder posted on the hotline that he’d seen the Gyrfalcon, but a few minutes later he posted again that the bird he was looking at was a Prairie Falcon. My drive would have been in vain.

I got up around 6:15 and still wanted to bird. I headed to Fountain Creek where a dipper has been hanging around lately. I spent about 1½ hours there but didn’t see it—or much else. The trails were slick from last week’s snow and more recent sunny days, with mud where there wasn’t packed-down slush.

I did see the Harlan’s Hawk that’s been hanging around this winter (and which I’ve gotten photos of before). 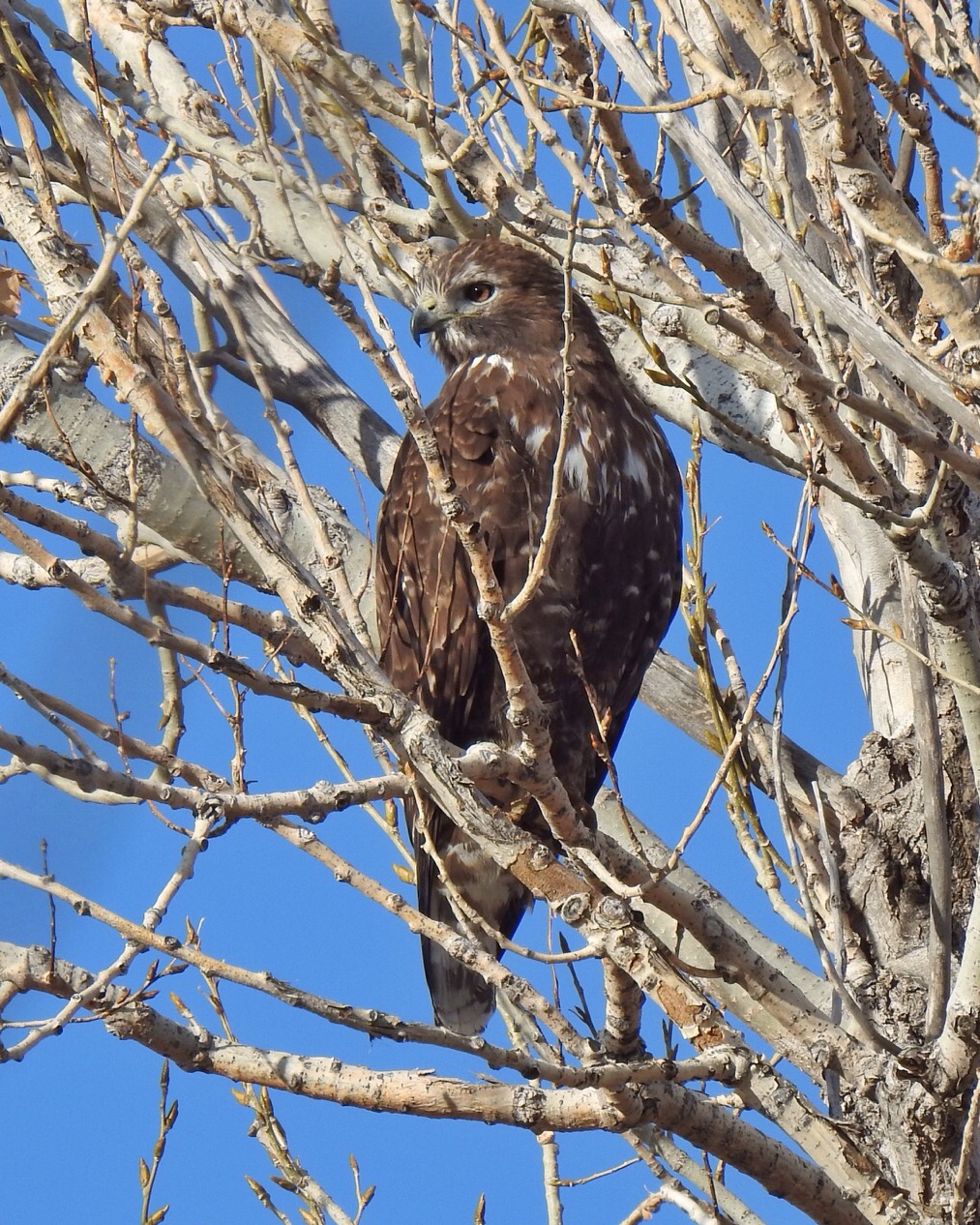 I also got a couple shots of an Eurasian Collared-Dove, a species that is common but skittish. 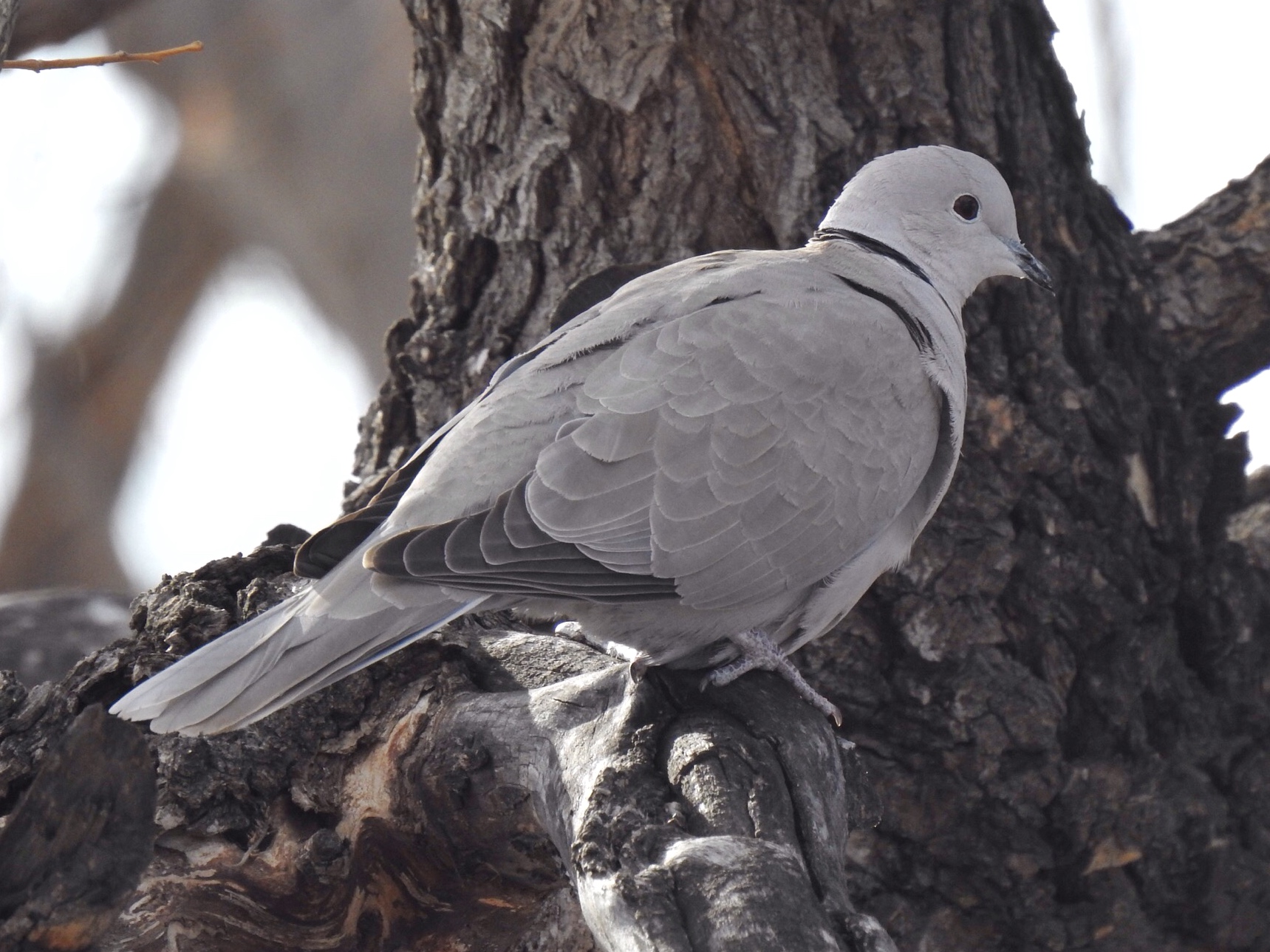 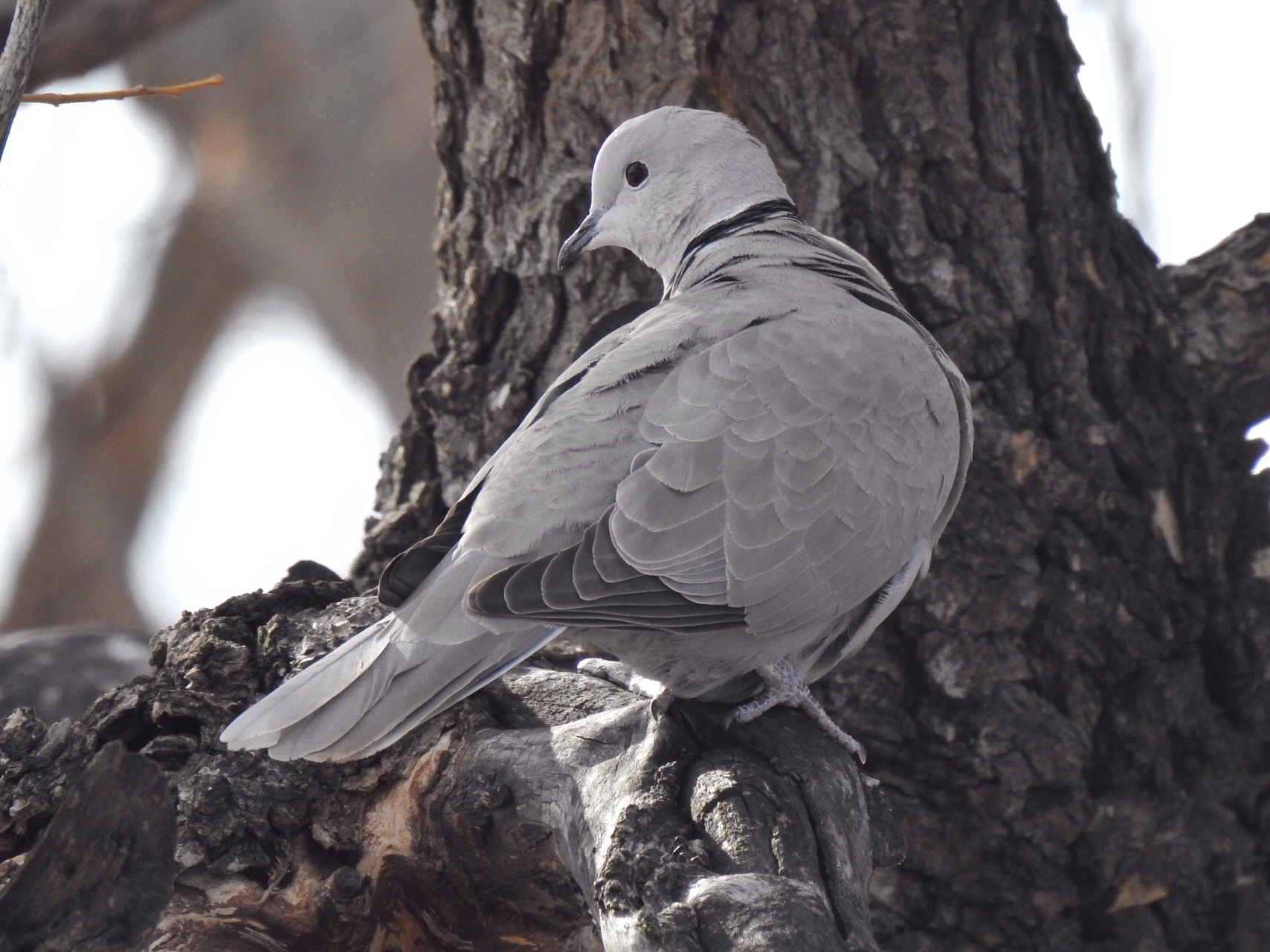 I drove down to Lake Pueblo next. The elusive Red-throated Loon is still being reported—and still being elusive. There weren’t a lot of gulls on the tires today. Here’s a Herring Gull next to an American Coot. 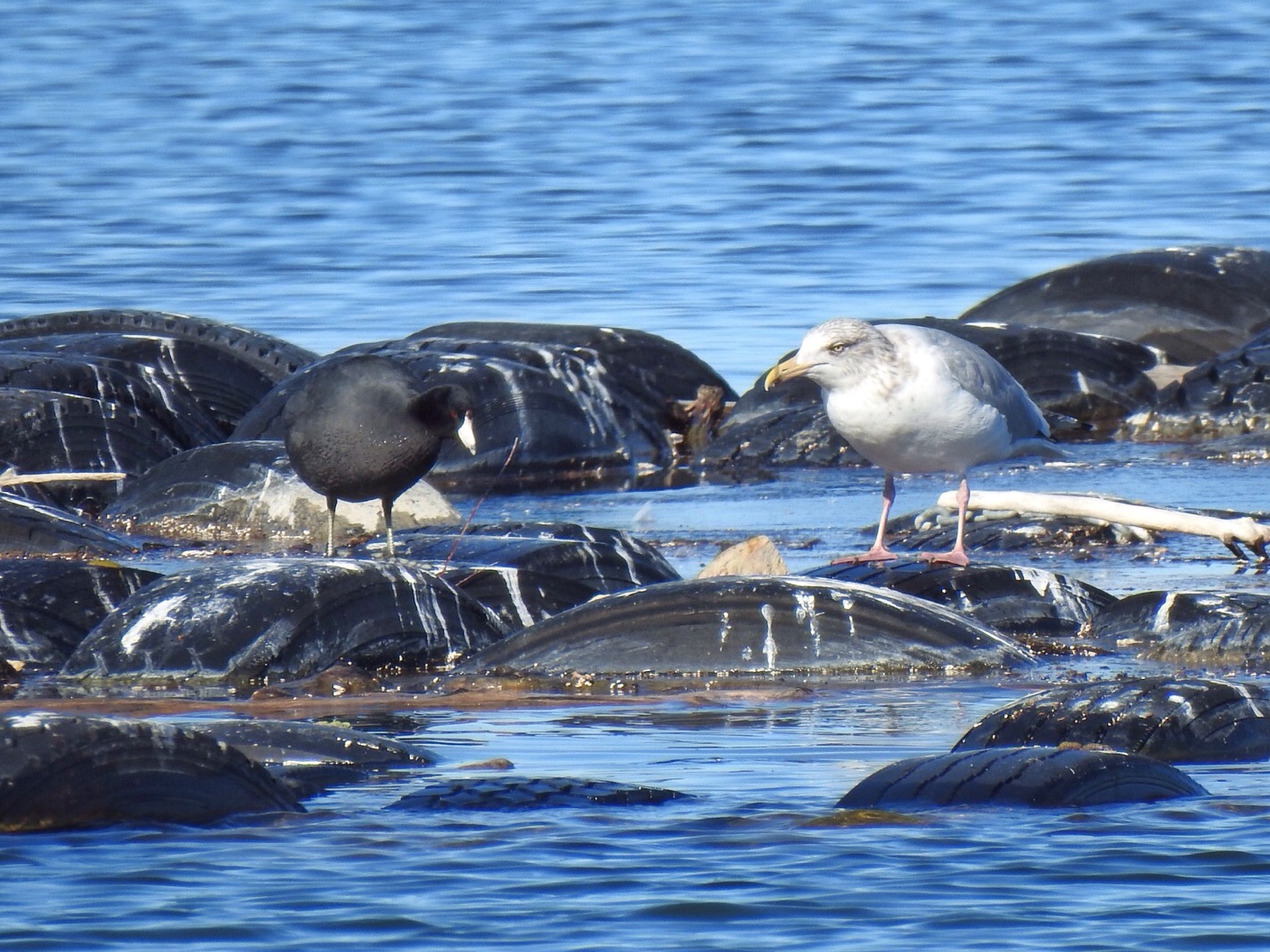 Something scared up the gulls for a few minutes. I’ve been working on getting better photos of birds in flight, and here’s what I managed with a Ring-billed Gull. Even though this is a very common bird, I was surprised to notice in the photo just how long its wings are. 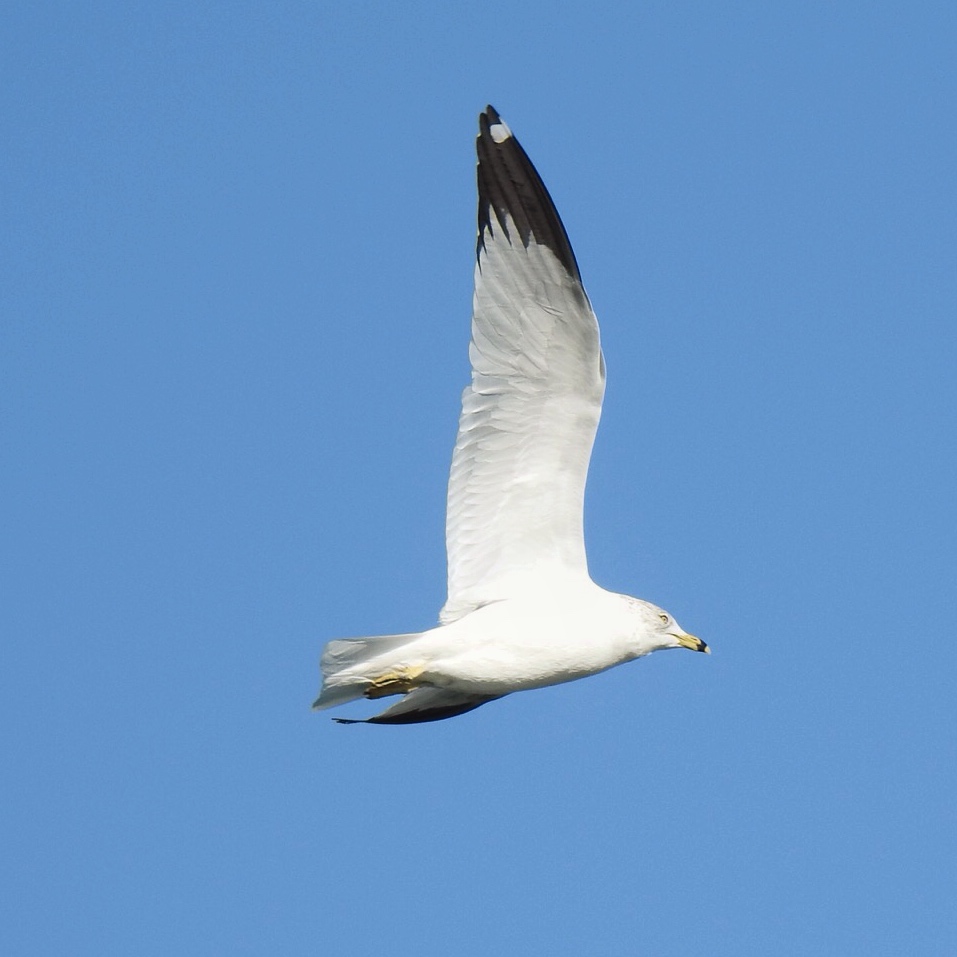 I parked below the dam and walked the five-mile trail down one side of the Arkansas River and up the other side. This is usually good for something, but there wasn’t much to see on this day. The old gravel pit was filled with ducks and gulls, but I didn’t have my scope and couldn’t identify a lot of it. I did find a substantial flock of Red-breasted Mergansers at Valco Ponds, more than anyone had ever reported there before and the number I logged on eBird (20) was a low estimate. Many of the birds were sleeping and mixed in with Common Mergansers, so it was difficult to distinguish the females. I generally think of this species as the Bad-hair Merganser. 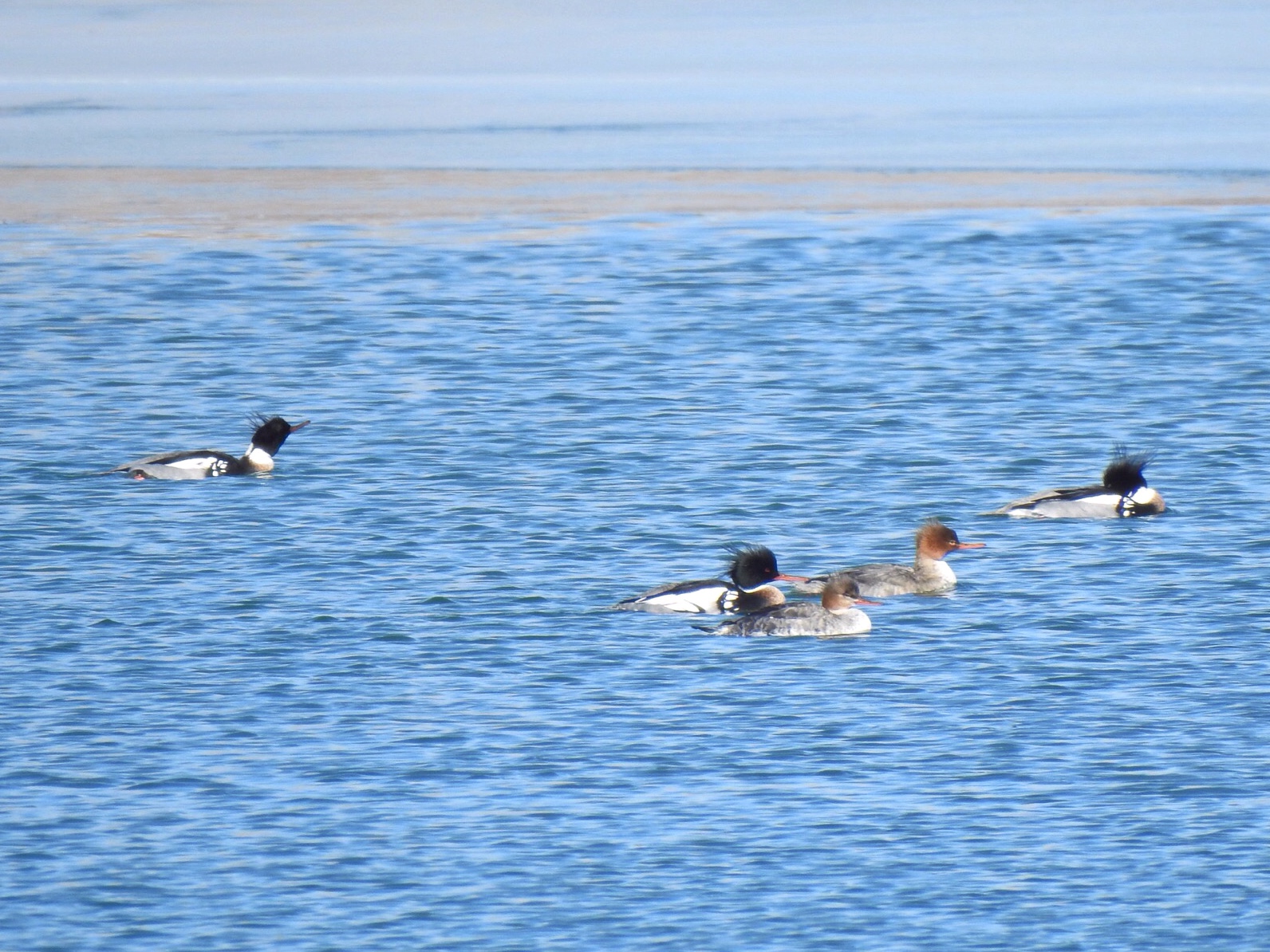 On another pond, there was a raft of Redheads, but they were a long way off by the time I’d maneuvered to get the light behind me. 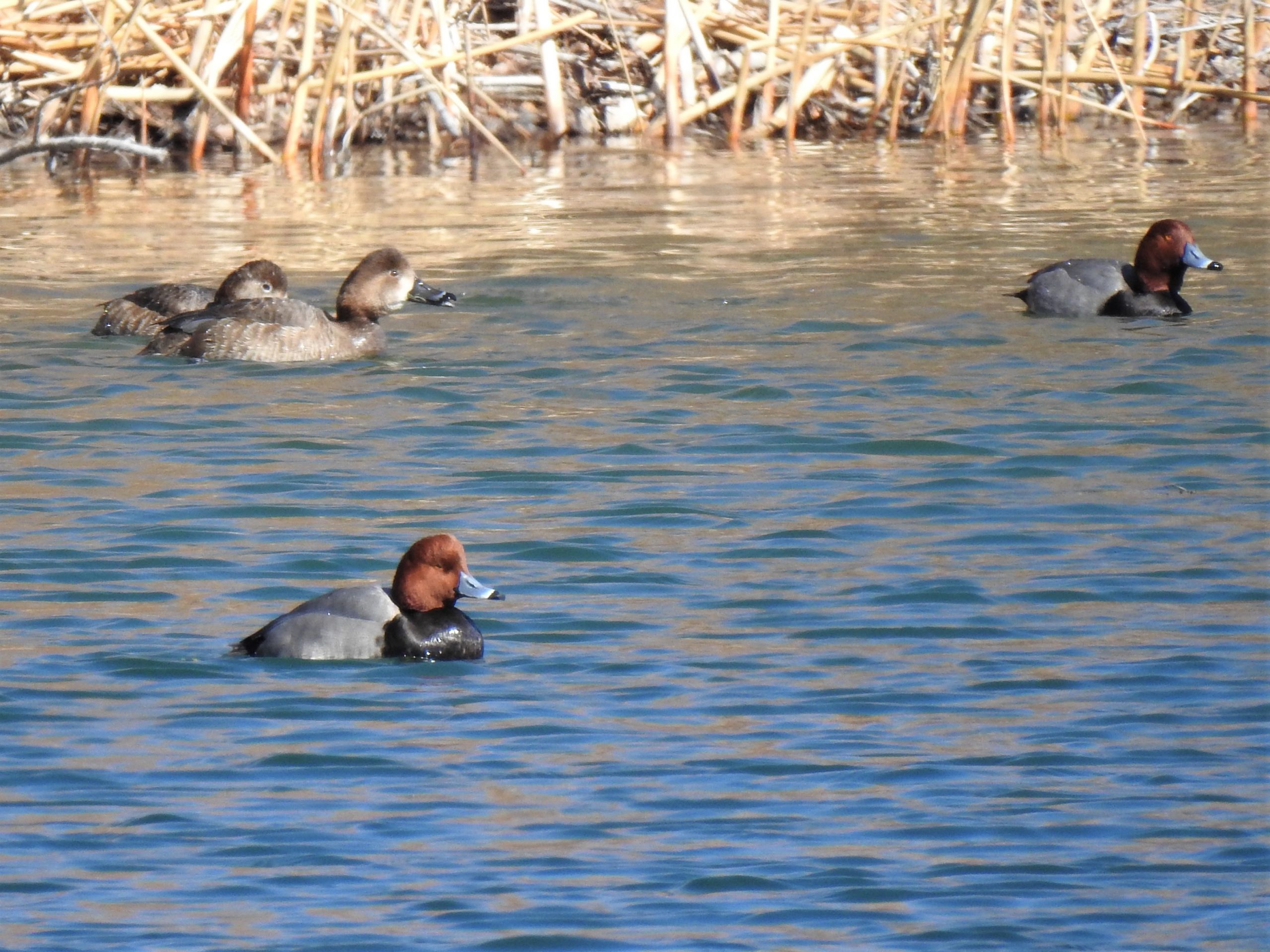 I also got fairly close to a female American Kestrel. 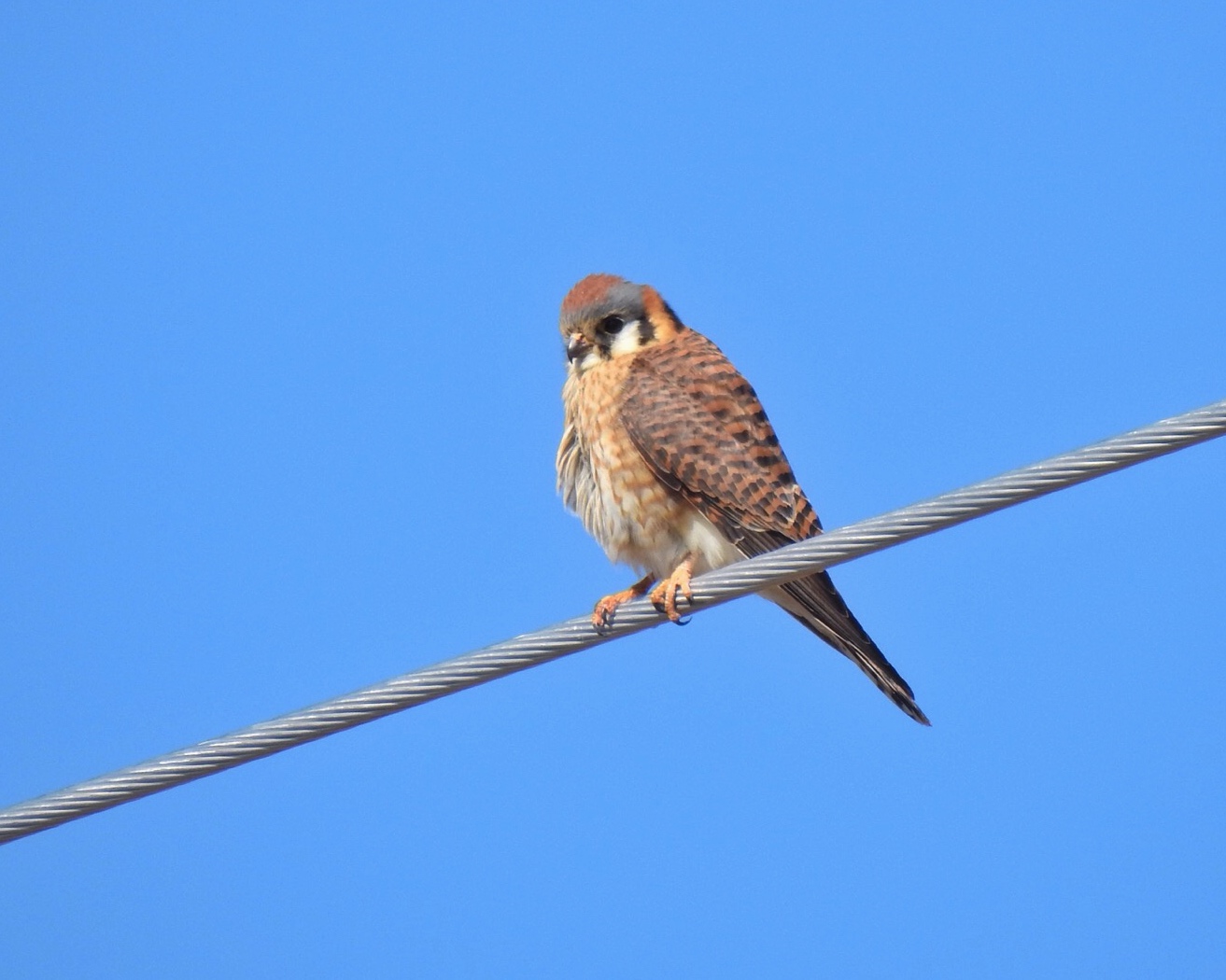 Most of the time, there were no birds in sight. It wasn’t a fun hike. The mud in Pueblo is decidedly muddier than the mud in Fountain. There wasn’t a dry step in the five miles. Where there wasn’t wet snow to walk in, there was mud. Each step sank in at least an inch. It was slick, and I almost wiped out a few times. I got back to the car around 1:30 and headed home. The scarcity of birds, the mud, and the lack of sleep the night before wiped me out. I settled into my chair and took a solid nap, most of it with Lucy on my lap.