A coworker and I were in Canada for business. We had Saturday to kill before our flight home on Sunday morning, so we borrowed a car and headed to New York to do some touristing. Our first stop was Old Fort Niagara, located on the point where the Niagara River empties in Lake Ontario. 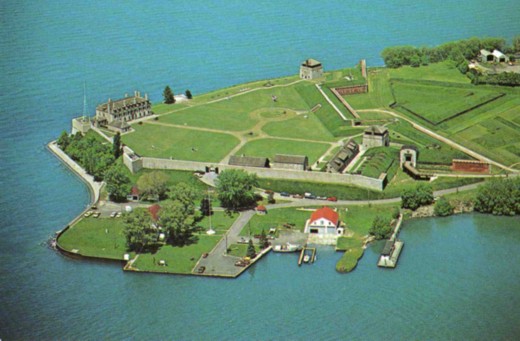 A fort was first built here by the French in 1679. They built the French Castle in 1726. Britain gained control in 1759 during the French and Indian War after a siege. The United States took it over after the Revolution, but the British retook it for two years during the War of 1812.

I took this picture on the path as we approached the fort. The drawbridge leads to the Gate of the Five Nations. The two Chinese-looking buildings are the South Redoubt (left) and the North Redoubt (right). 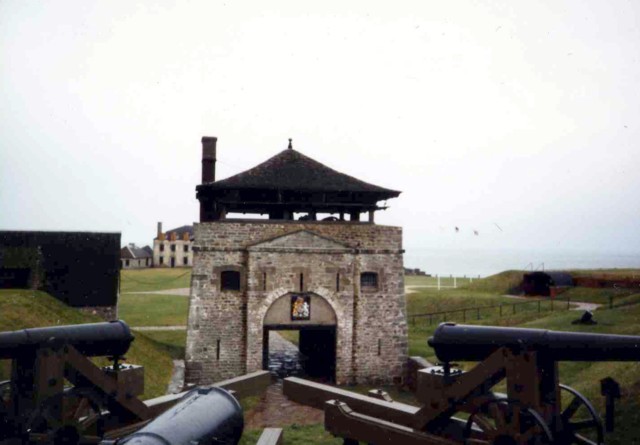 Here’s a close-up of the South Redoubt, with the guns of the 18-pounder battery in the foreground and the French Castle in the left background. The ground floor of the redoubt was a fortified gateway, the second floor was a barracks and the top was a cannon platform. 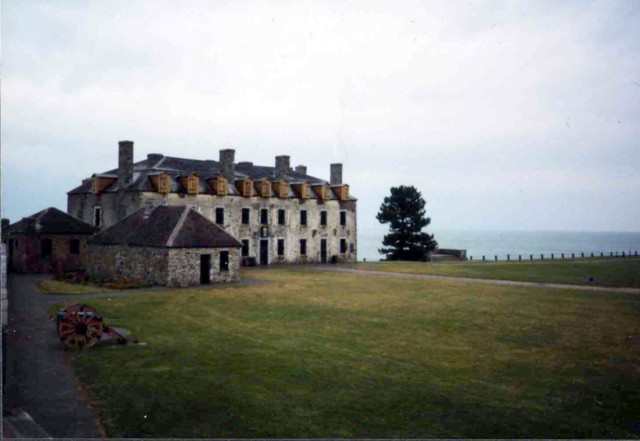 The French Castle, built in 1726, is the oldest part of the fort. It was built by the French as a self-contained fortress disguised as a trading post to confuse the Indians. The inside was dark, with rock walls and massive wooden doors that creaked and reeked of history. On the ground floor was a well that is supposed to be haunted by a headless French guy, but we didn’t see him. It was cool, and a bit weird, to have it to ourselves. 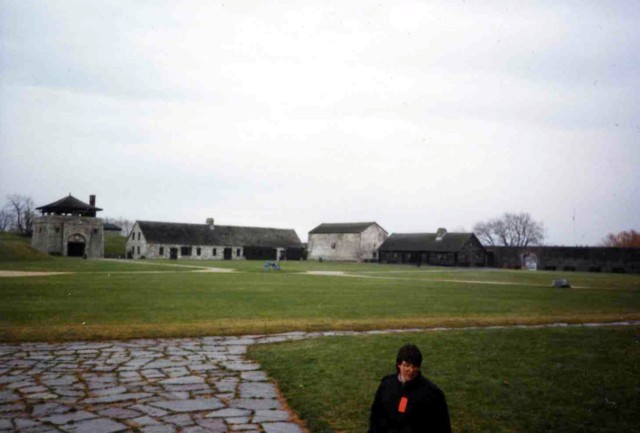 The parade ground. The buildings in the background are (l. to r.) the South Redoubt, the provisions storeroom (which contains a museum), the powder magazine and the trading post (which contains a gift shop and snack bar).