After we visited Grand Portage, we drove up into Canada to Old Fort William. The two places were very similar — both recreations of fur trading posts. Fort William was originally located on Lake Superior, but the city of Thunder Bay has spread over the site. The final original building was destroyed in 1902. The reproduction is nine miles up the river. 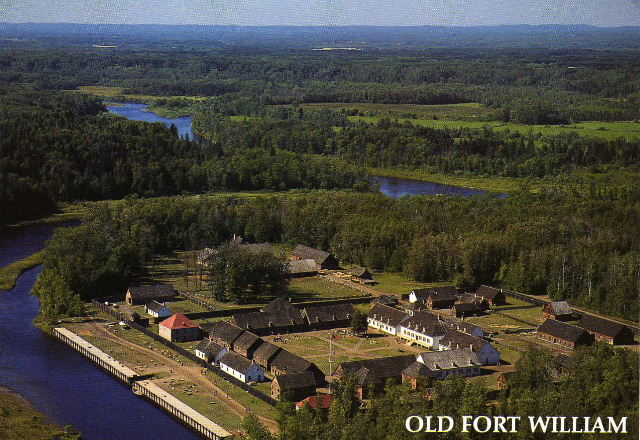 We stopped in the Ojibwa encampment where  a young Indian girl asked us to go into the fort with her to help her trade some furs. My older daughter was asked to carry 12 beaver furs. When the trader asked her how many there were, she told him “18.” Everyone laughed because they thought she’d made a mistake, but I think she was just being shrewd.

A soldier was playing the bagpipes in the center square. We took our time and visited all the stores, offices and store rooms. We ate lunch at the Cantine — sandwiches and scones. My wife bought their scone recipe and uses it at home all the time.

People in period costume were crawling all over the place doing period-type stuff. We watched the blacksmith get arrested for trading with a rival company. We watched the arrival of the voyageurs. In the farm area, I had to tell my younger daughter to “quit kicking the chickens.” 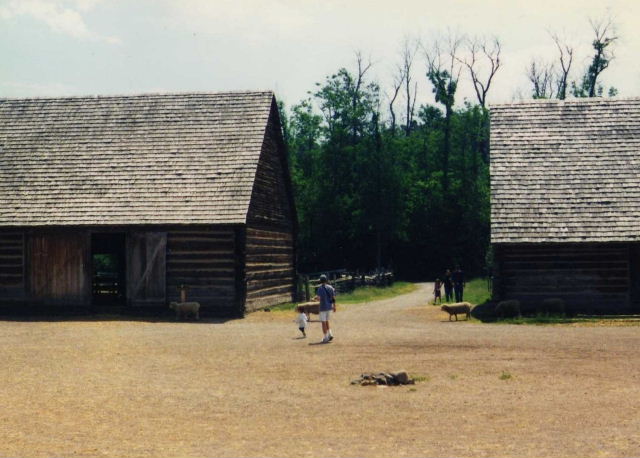 Everything was very well done. We stayed about four hours, and by the time we left, it was a very hot day indeed.