After seeing the Mexican Duck, I drove back south and birded at Chatfield State Park for several hours. Here’s what I saw.

The tamest Balk Eagle I’ve ever seen. It was on a branch right next to the water, about 25 feet off the ground. I saw it from the road. I also saw a woman and a dog walking toward it, so I got ready to take a photo of it taking off. It never did. It just casually watched the woman and dog walk right underneath. So I parked and did walked right under it myself. Unfortunately, there were a lot of branches blocking any shots from a decent sun angle. Here’s the best of what I got. 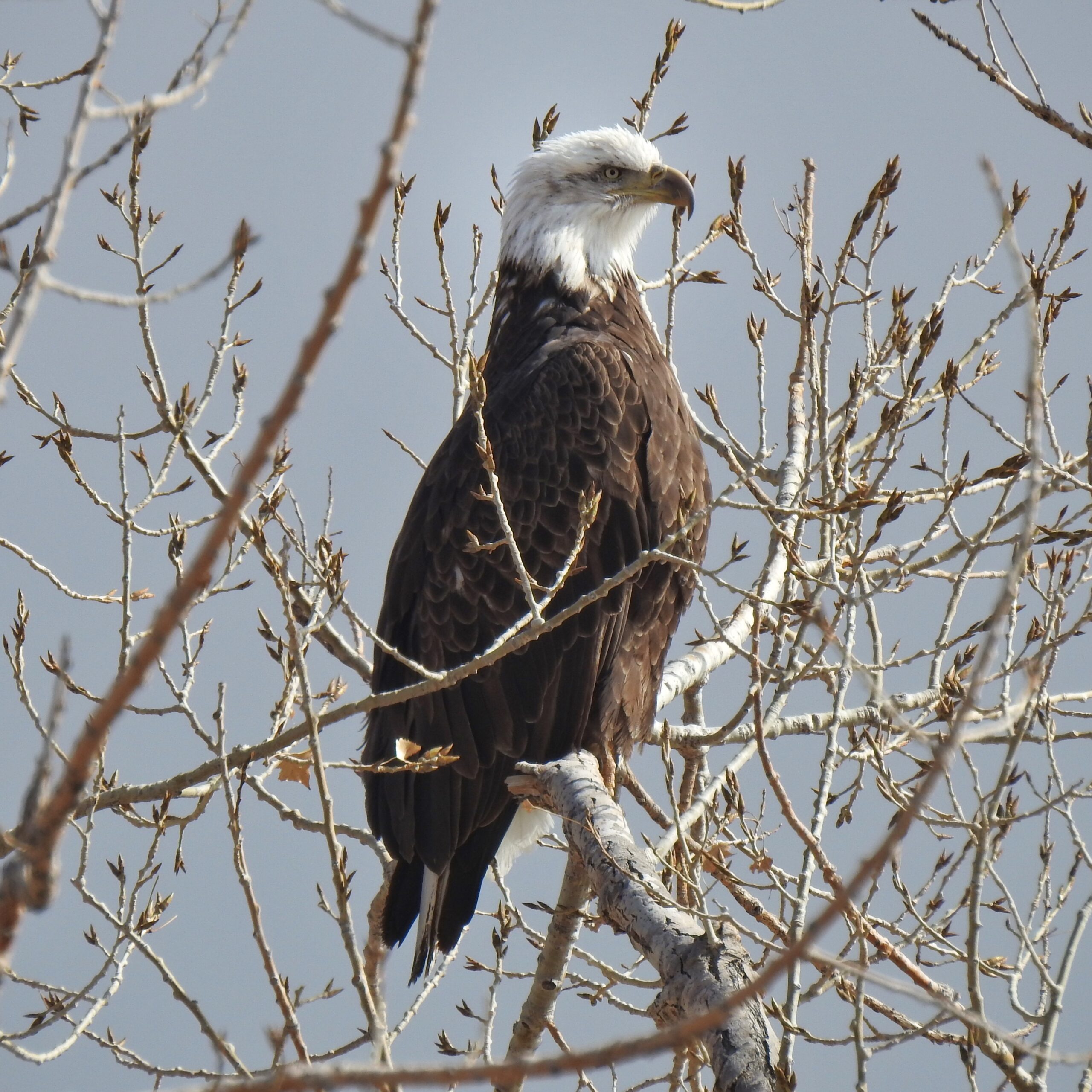 By the beaver dam, I saw a female Northern Pintail. 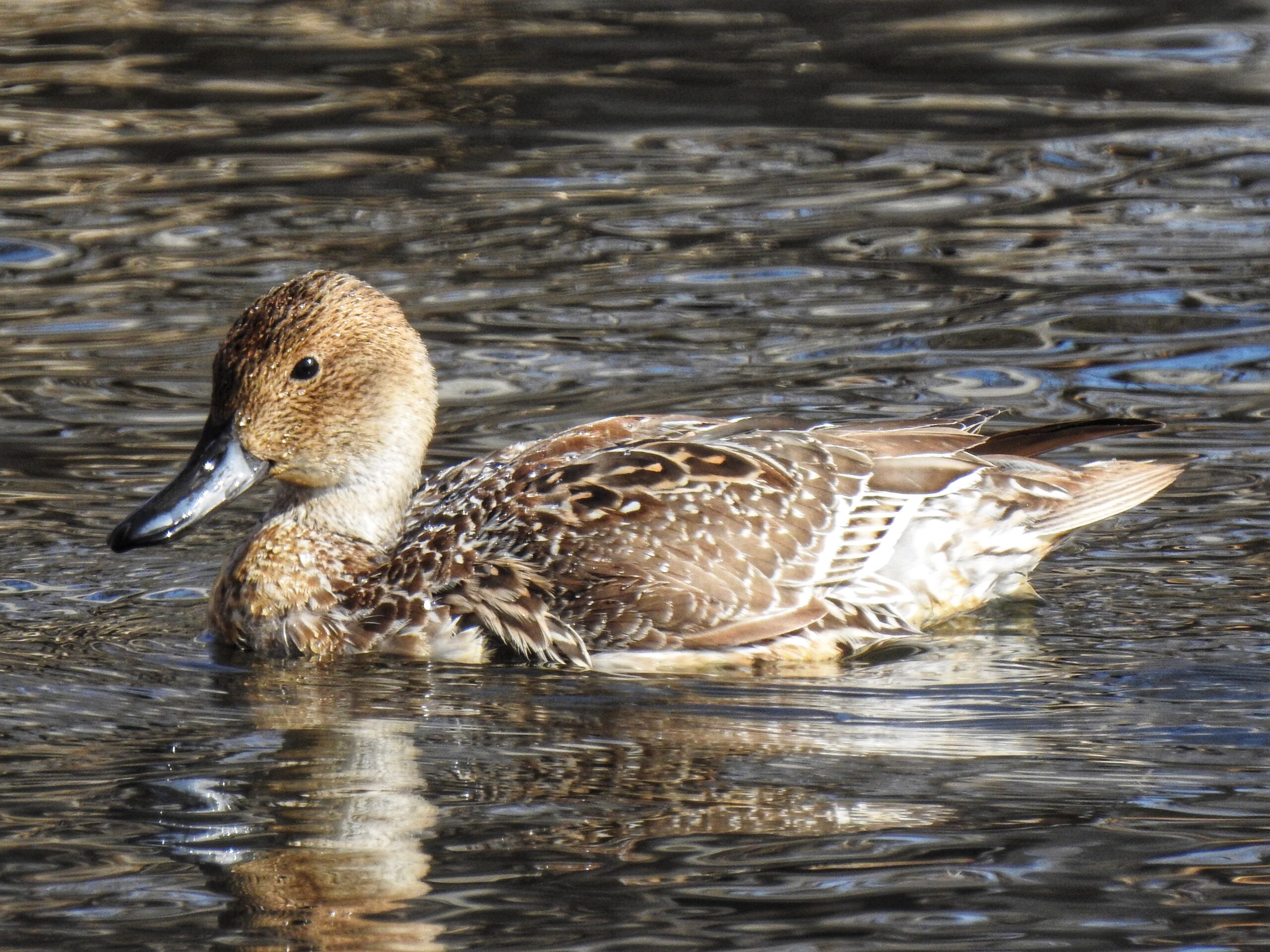 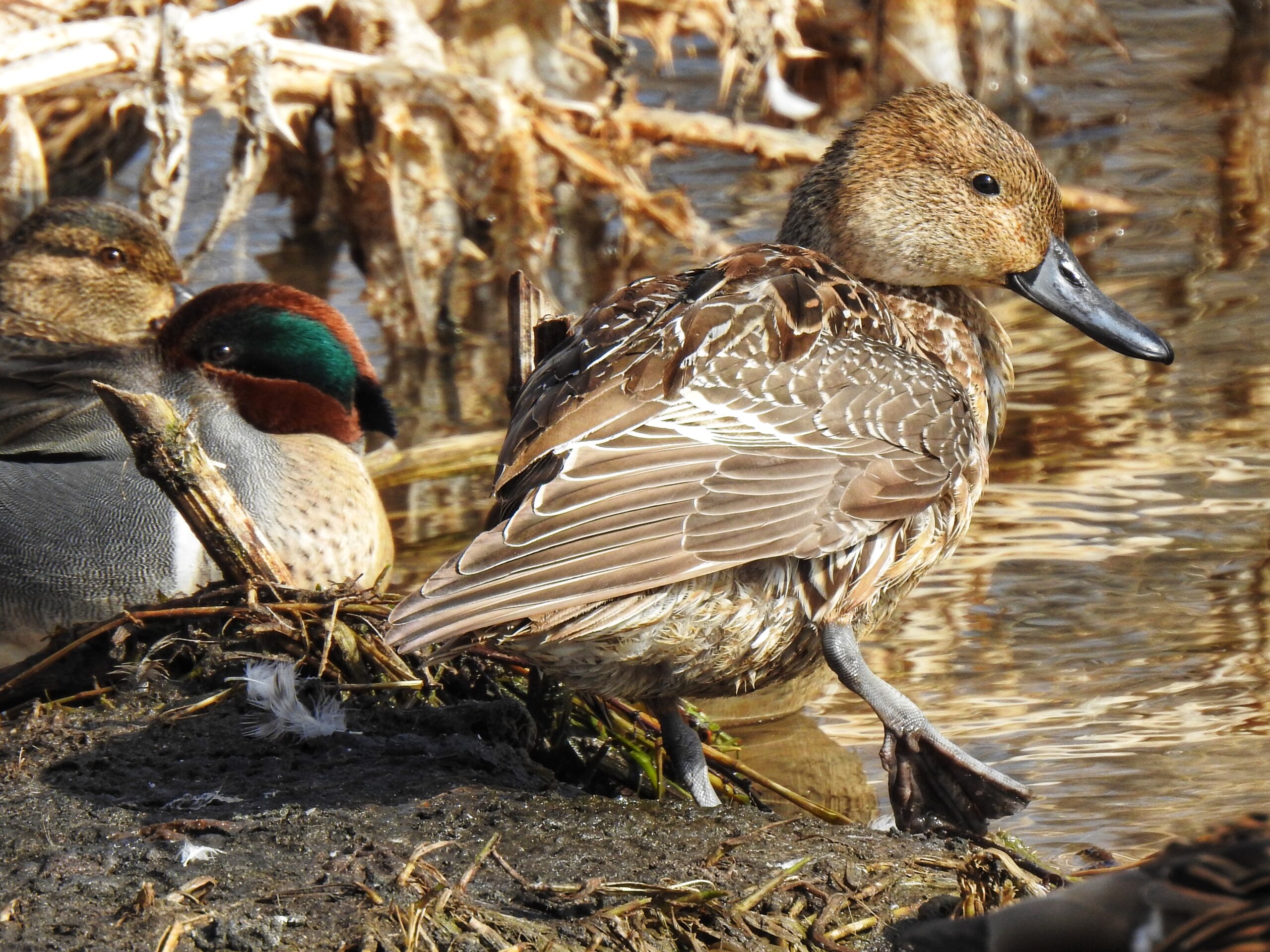 And a female Green-winged Teal. 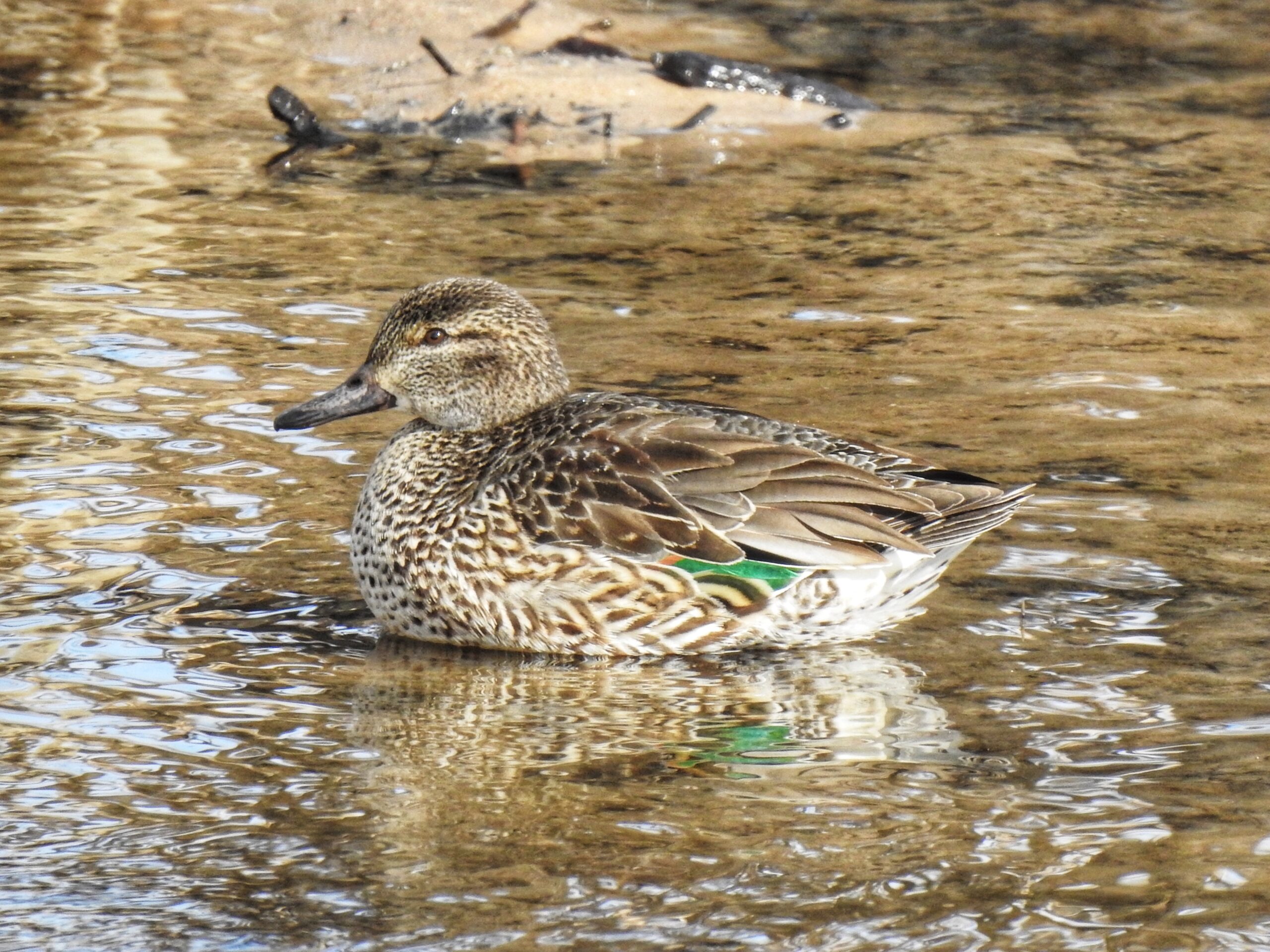 When I first got to the park, I looked for the Golden-crowned Sparrow that’s been hanging around the horse stables for the past month or so. I missed it then, but when I stopped back just before heading home, I saw it briefly. I never got an unblurry photo of the yellow patch on its crown, although you can get a tiny hint of it in the second photo. It’s an immature, and the patch isn’t as bright or distinct as it would be on an older bird. 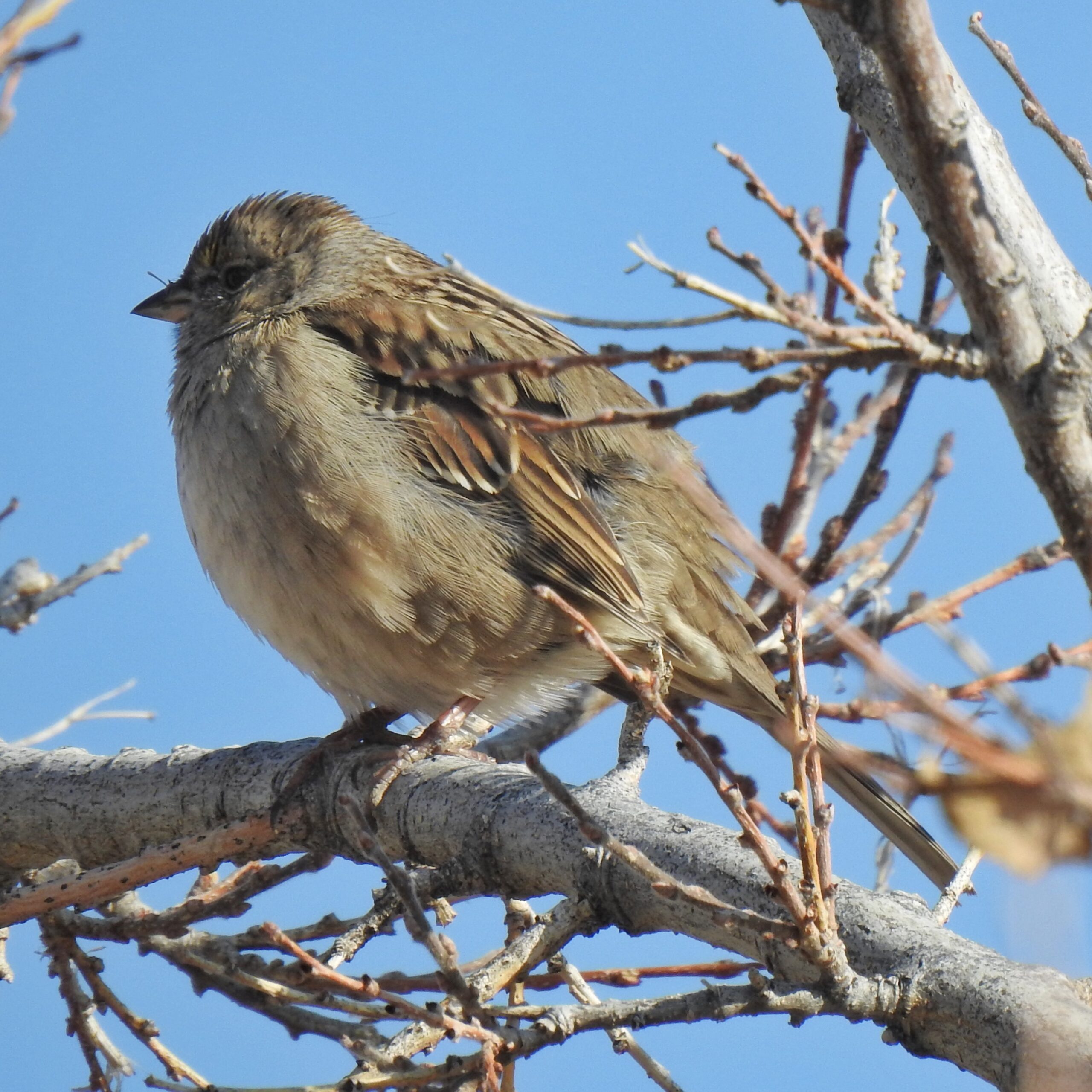 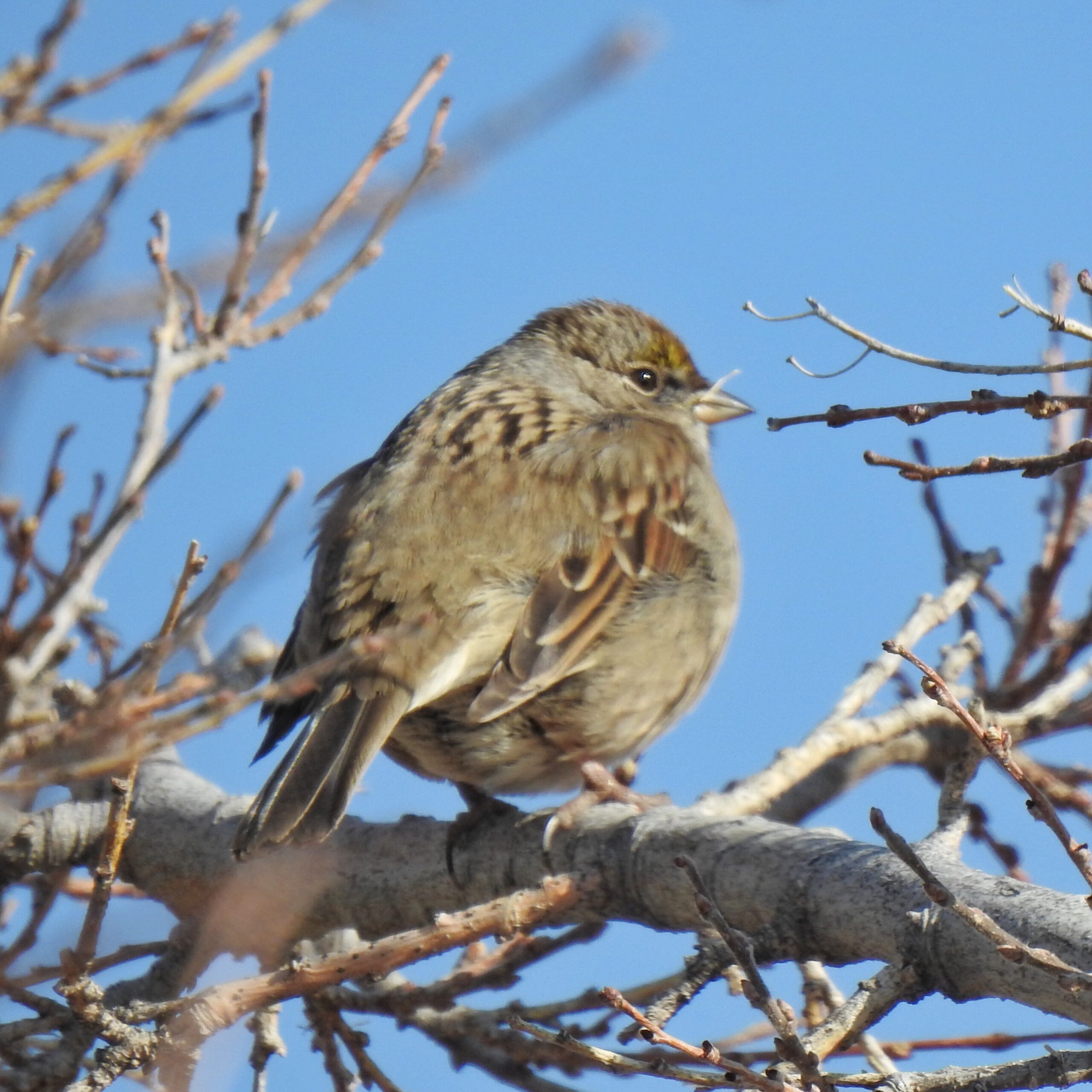