I was in San Diego for a convention. We had a free evening, so two coworkers and I decided to go to the Padres game at the nearby Qualcomm Stadium. If going to a baseball game was always this easy, I’d go all the time. We caught the trolley across the street from our hotel and paid $3.50 for a round-trip ticket. After a 10-minute ride, we were dropped off right in front of the stadium. 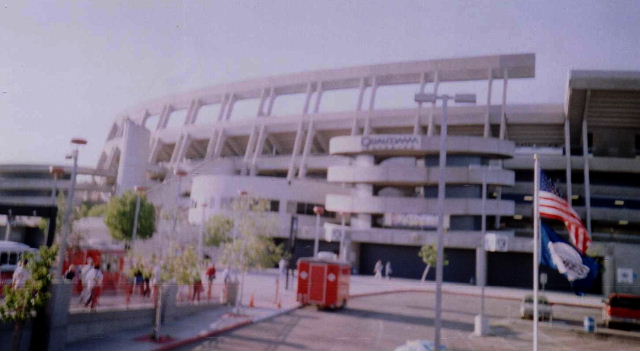 At the ticket window, we asked for upper-deck seats between the bases. We ended up in $9.00 seats in the second row of the upper deck right behind home plate. We had a fantastic view. Before the game started, I wandered around the stadium. I wanted to walk around the upper deck to take pictures, but an usher yelled at us because nobody was being seated in the upper deck in the outfield. I explained what I wanted to do and he (told us to take the pictures quickly and come right back. 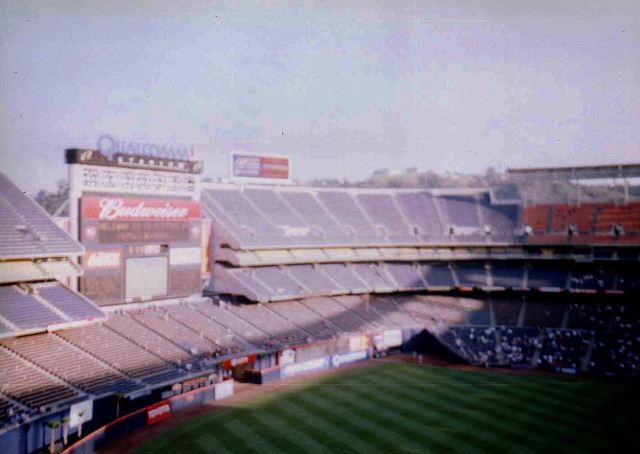 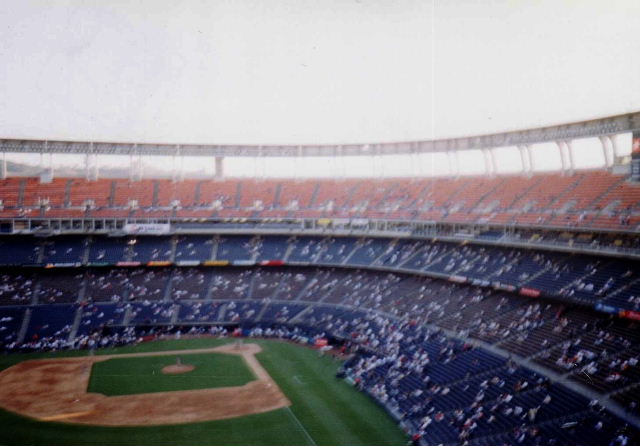 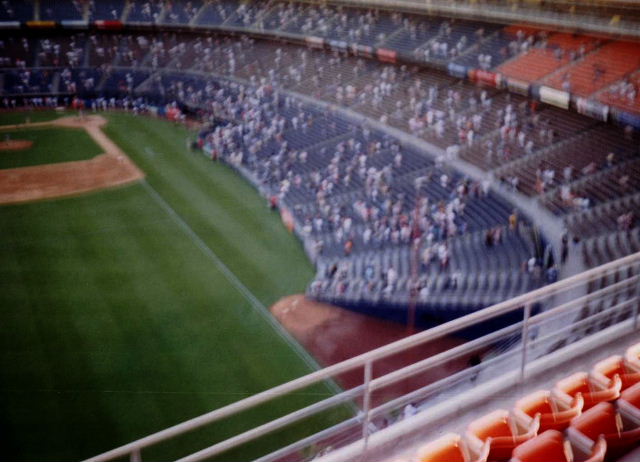 The Padres played the Braves and beat them 7-1. We saw three future hall-of-famers: Greg Maddox pitched for the Braves, and Tony Gwynn and Ricky Henderson played outfield for the Padres. I also got to watch White-throated Swifts flitting overhead and a pair of Western Kingbirds that hung out on a cable right in front of us. 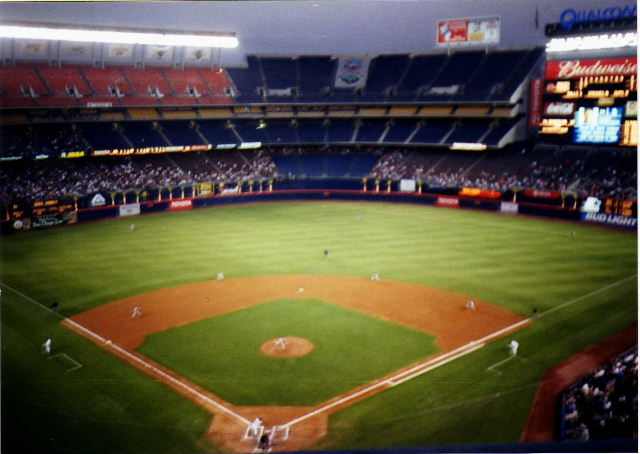 The evening was relaxing, cool and fun. We stayed to the end and were back at the hotel 20 minutes after the final out. 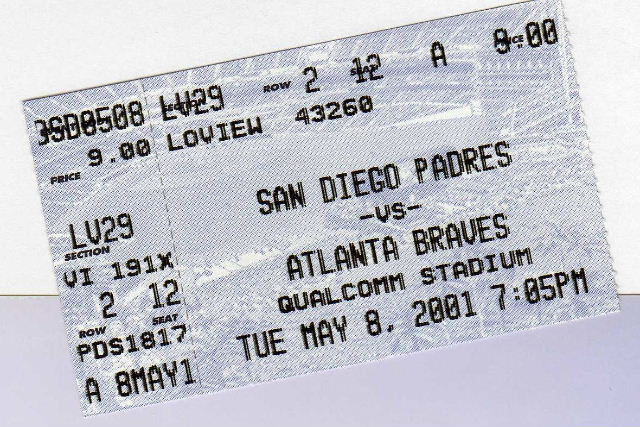 Unfortunately, the film in my cheap camera was suffering from the heat and my photos came out lousy.