We arrived early and wandered around the stadium in confusion looking for somewhere to find tickets. We finally found an open window in an obscure corner of an alley below ground level. The tickets were $8.00 each. 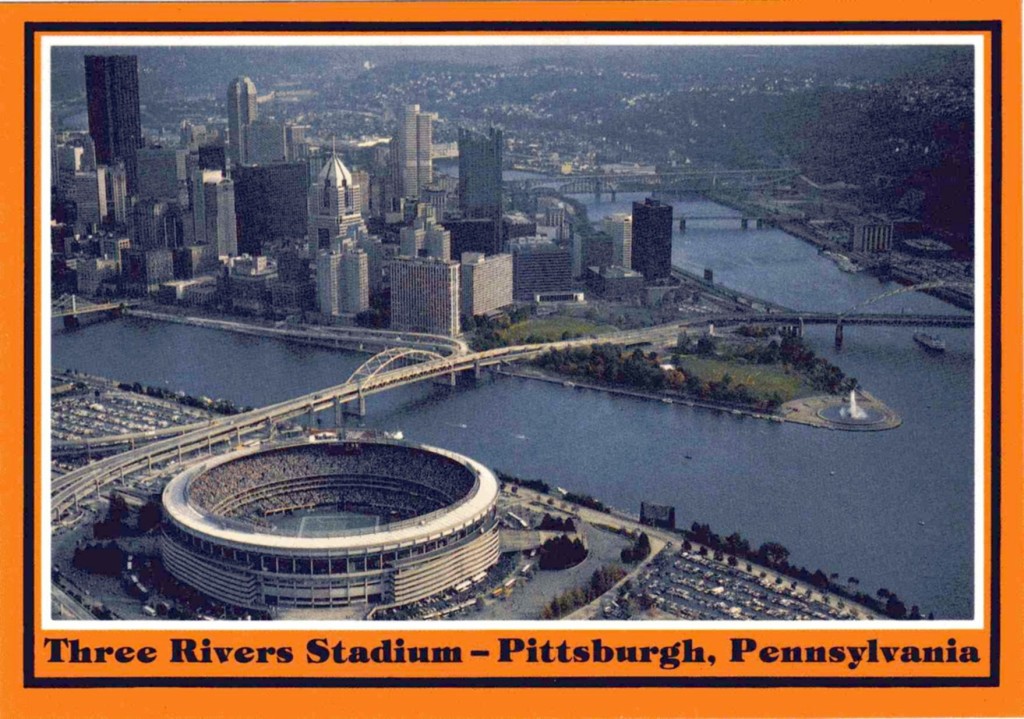 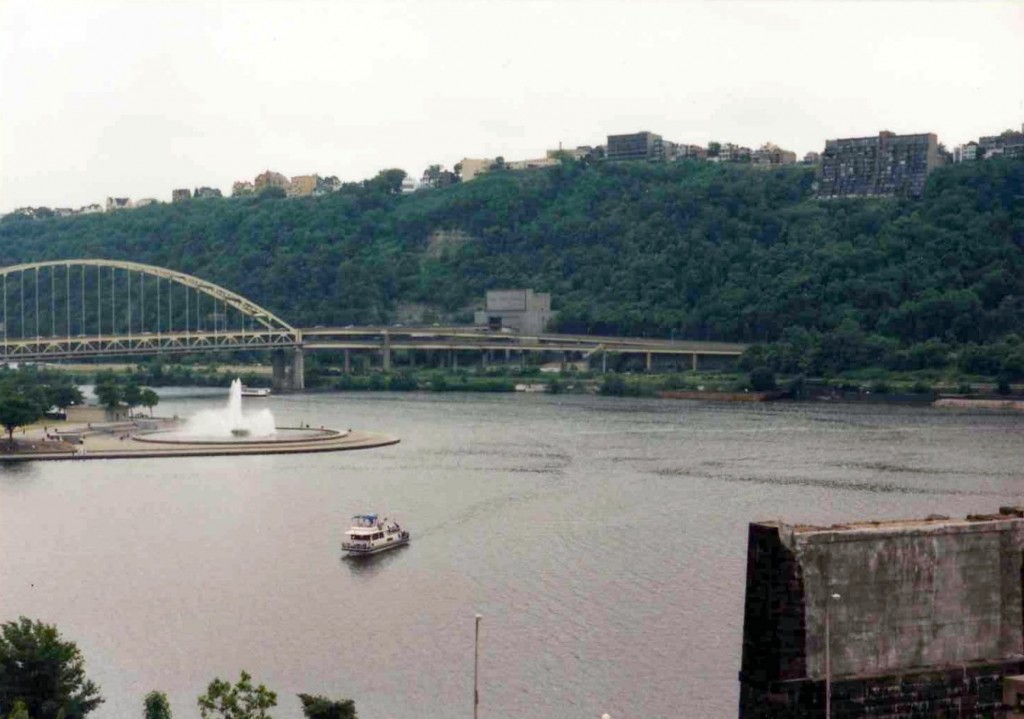 We got back to the stadium about an hour and a half before game time. Our seats were nine rows up in the upper deck above third base. I left my family there and walked around. 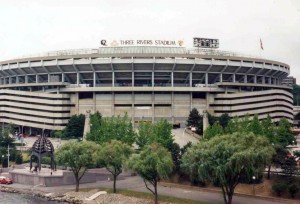 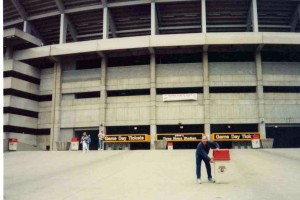 The stadium was clean, bright, well kept up — and as boring as a stadium could possibly be. Except for one thing. It was situated in a prettier location than any other Major League park I’ve been to.

Looking in from center field 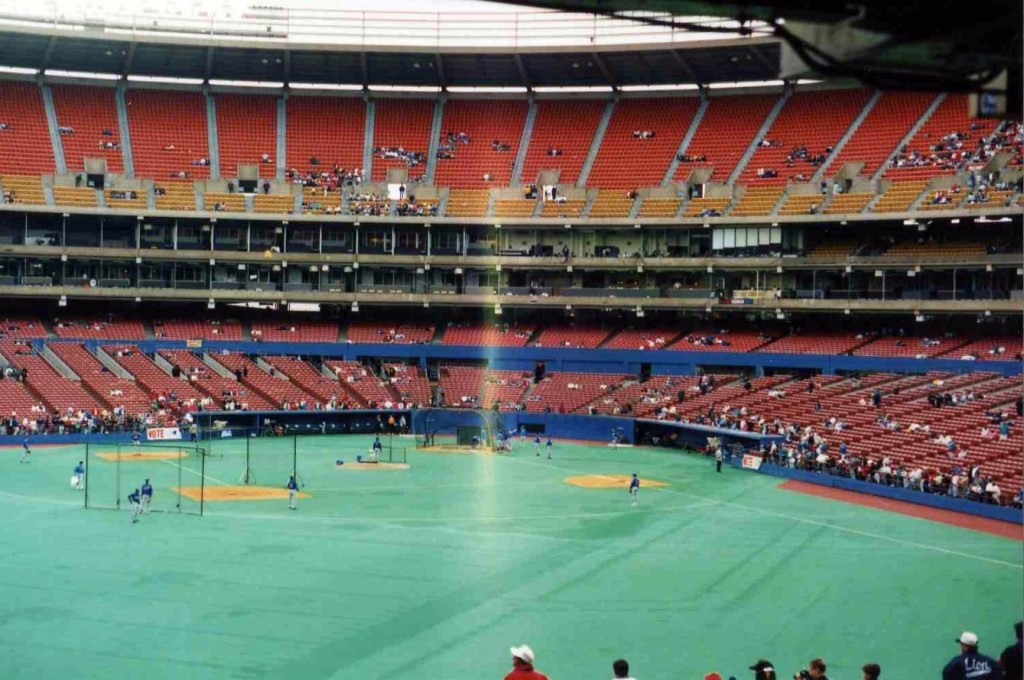 Archi Cianfrocco, of the Expos (below). We first saw him back in 1988 when he hit three home runs playing for the Wausau Timbers. Also in that game and this game was Delino DeShields. They went a combined 0 for 8 tonight, although Cianfrocco reached on an error. 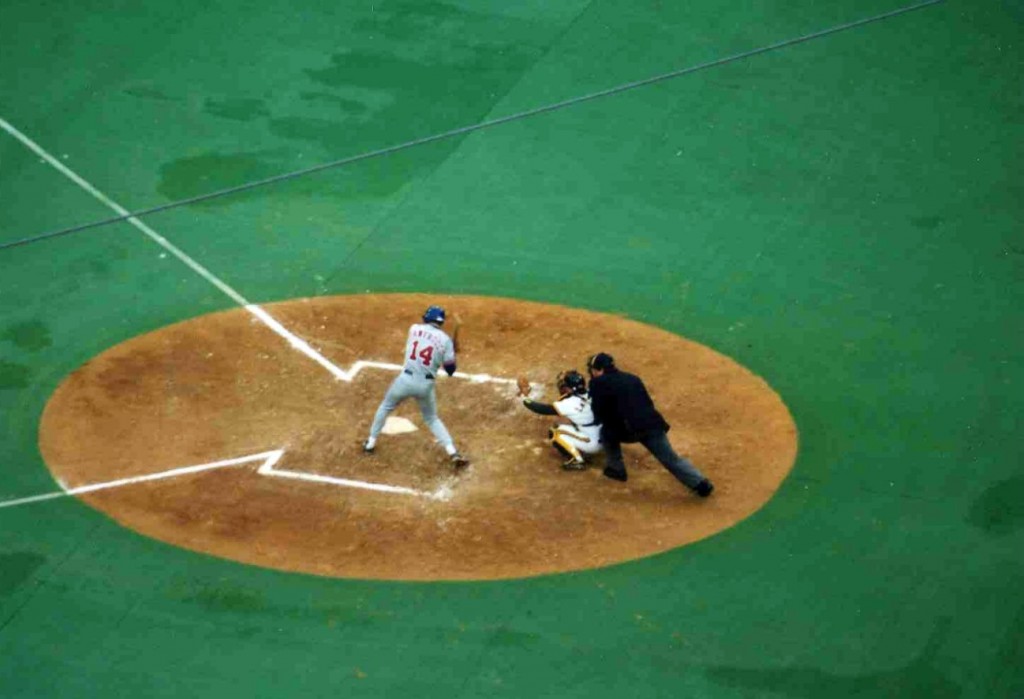 Bottom: the Pirates’ dugout with the Pirate Parrot and a weird hot dog thing that walked around briefly before the game started.

The Pirates lost 4-3. All the scoring was over by the end of the second inning.

The night was chilly, but we came prepared and didn’t suffer. Although the game wasn’t that exciting, we had fun and received a lot of entertainment from the massive swam of Chimney Swifts and swallows that flitted over the field at our eye level. The guy behind us thought they were bats.

After the game there was a fireworks show. It lasted half an hour, included a wide variety of explosions and at times seemed to be happening in our laps. 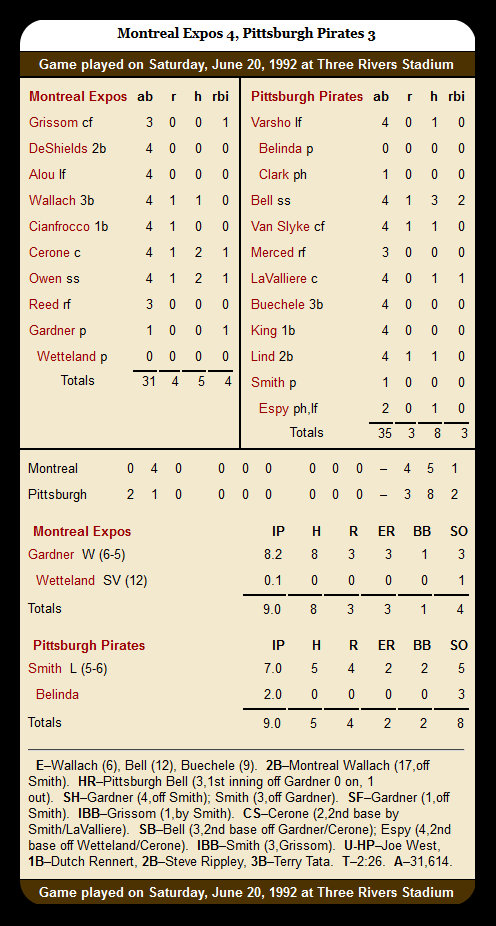