Prewitt Reservior State Wildlife Area is two-and-a-half hours from my house, up in the northeast corner of the state. I’d never been there before, and I’m not sure I’d ever heard of it. But the numbers and varieties of birds reported from there on Friday made a trip up on Saturday worthwhile.

I arrived at 9:00 to find many birders already spread out on the huge mudflat at the end of the lake. I’d hardly left my car when I saw a immature Sabine’s Gull. The birds never stopped. There must have been thousands of shorebirds, gulls and terns, ibis, pelicans, and herons spread around that end of the lake.

Before I got too far, I came upon a creek running through the flat. There was no way to cross it without getting my feet wet. On the advice of other birders, I took off my shoes and left them there. I walked barefoot for the next two hours, which enabled me to get much closer to the birds because I wasn’t held back by mud. 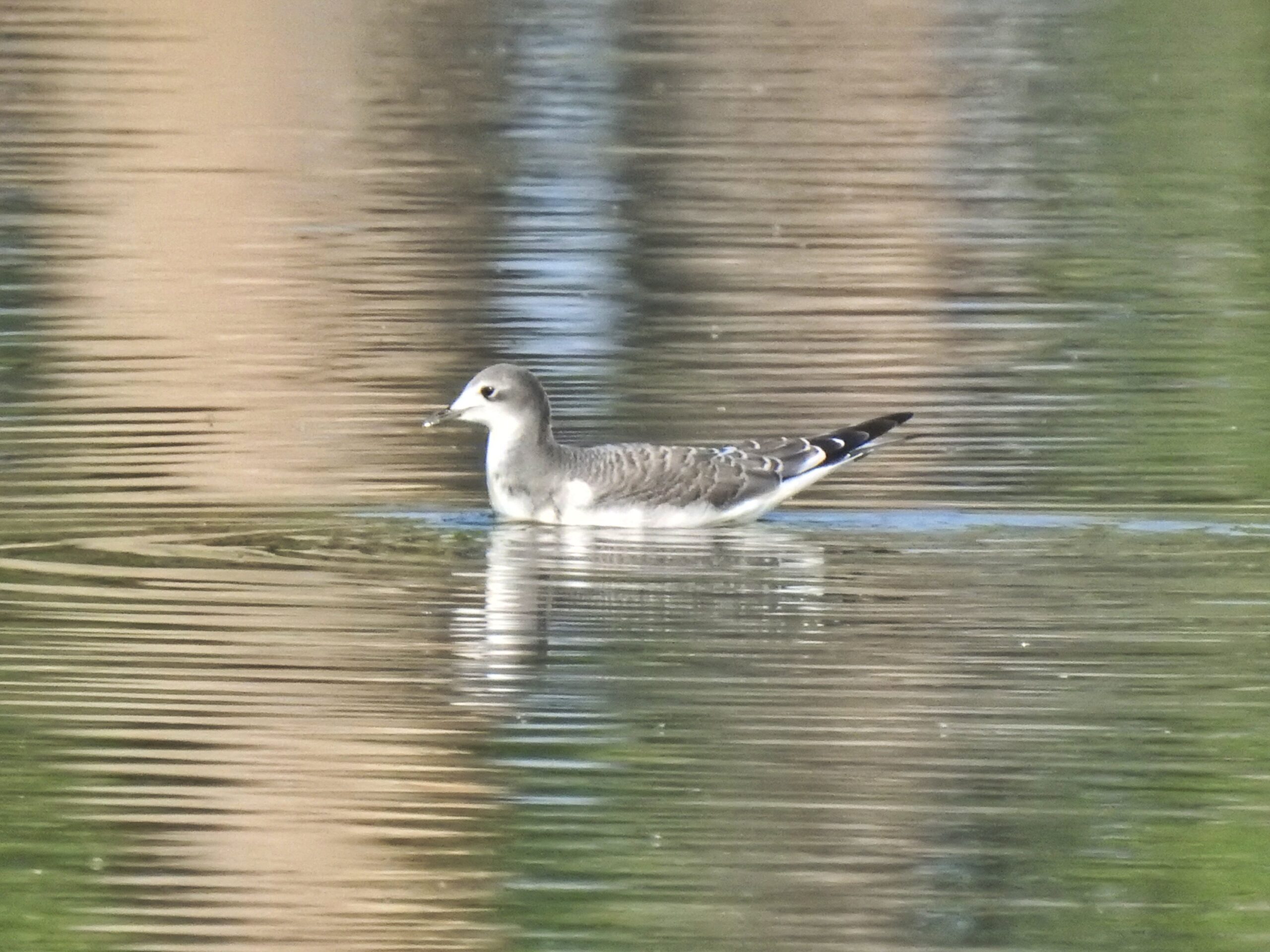 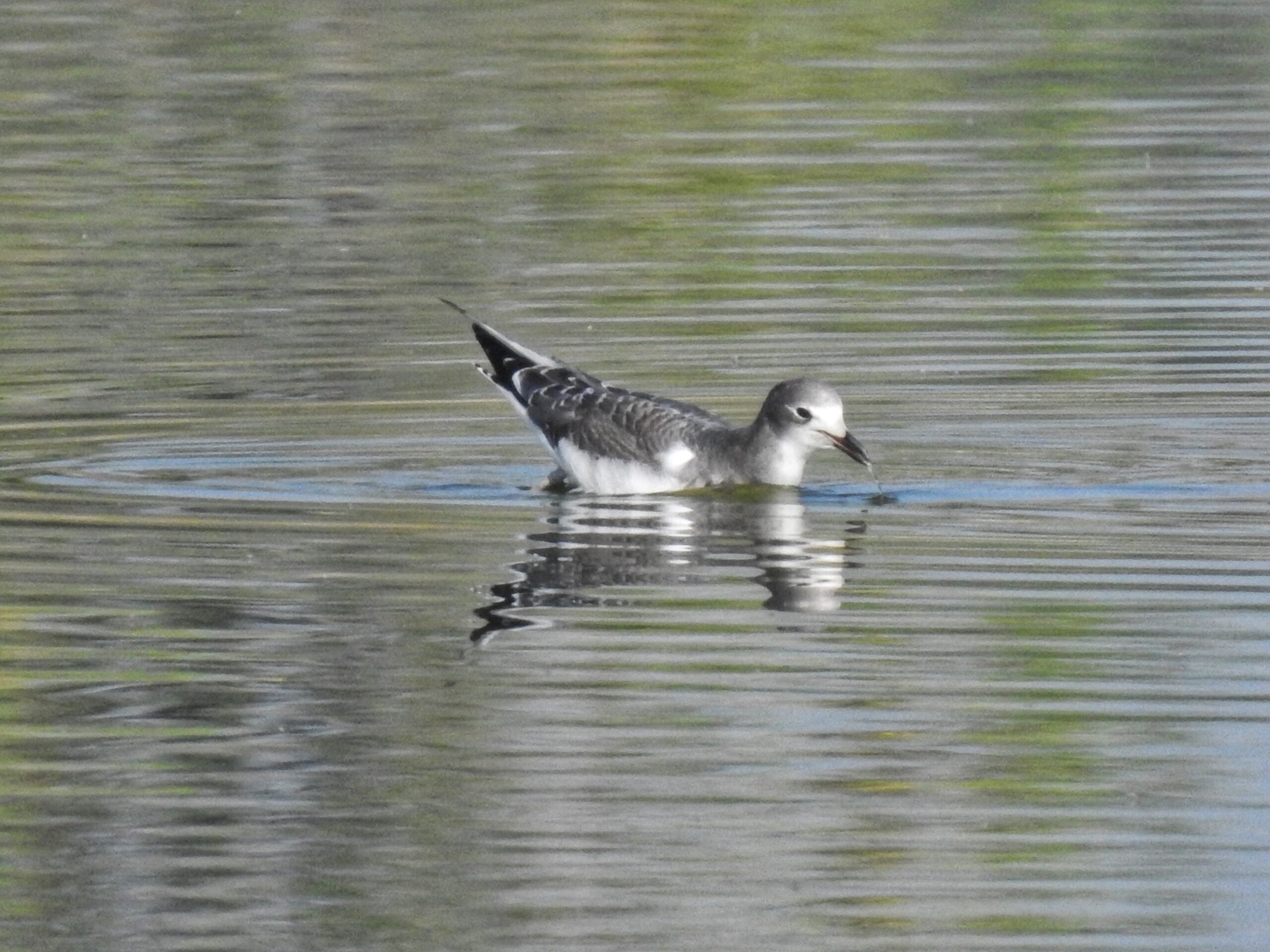 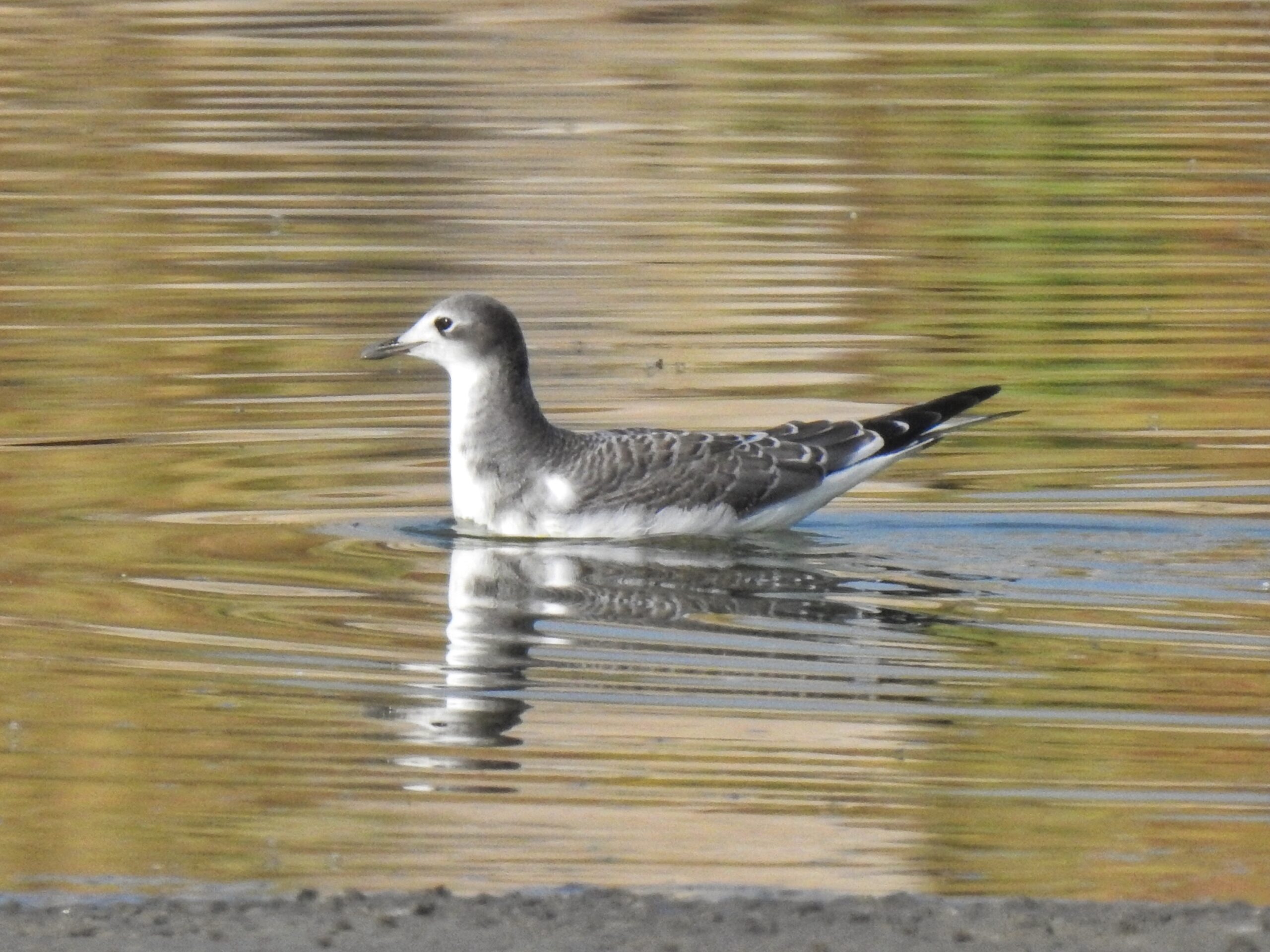 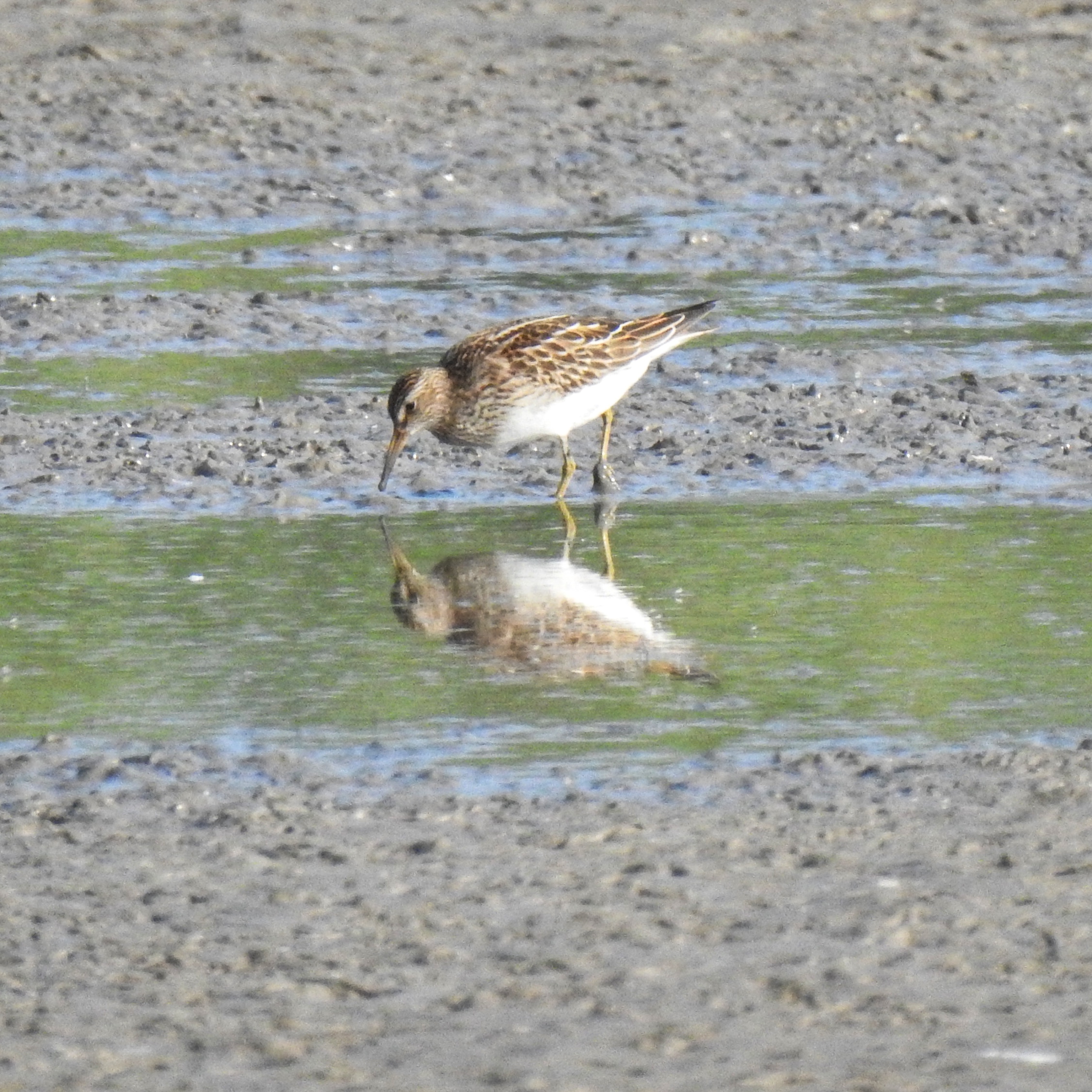 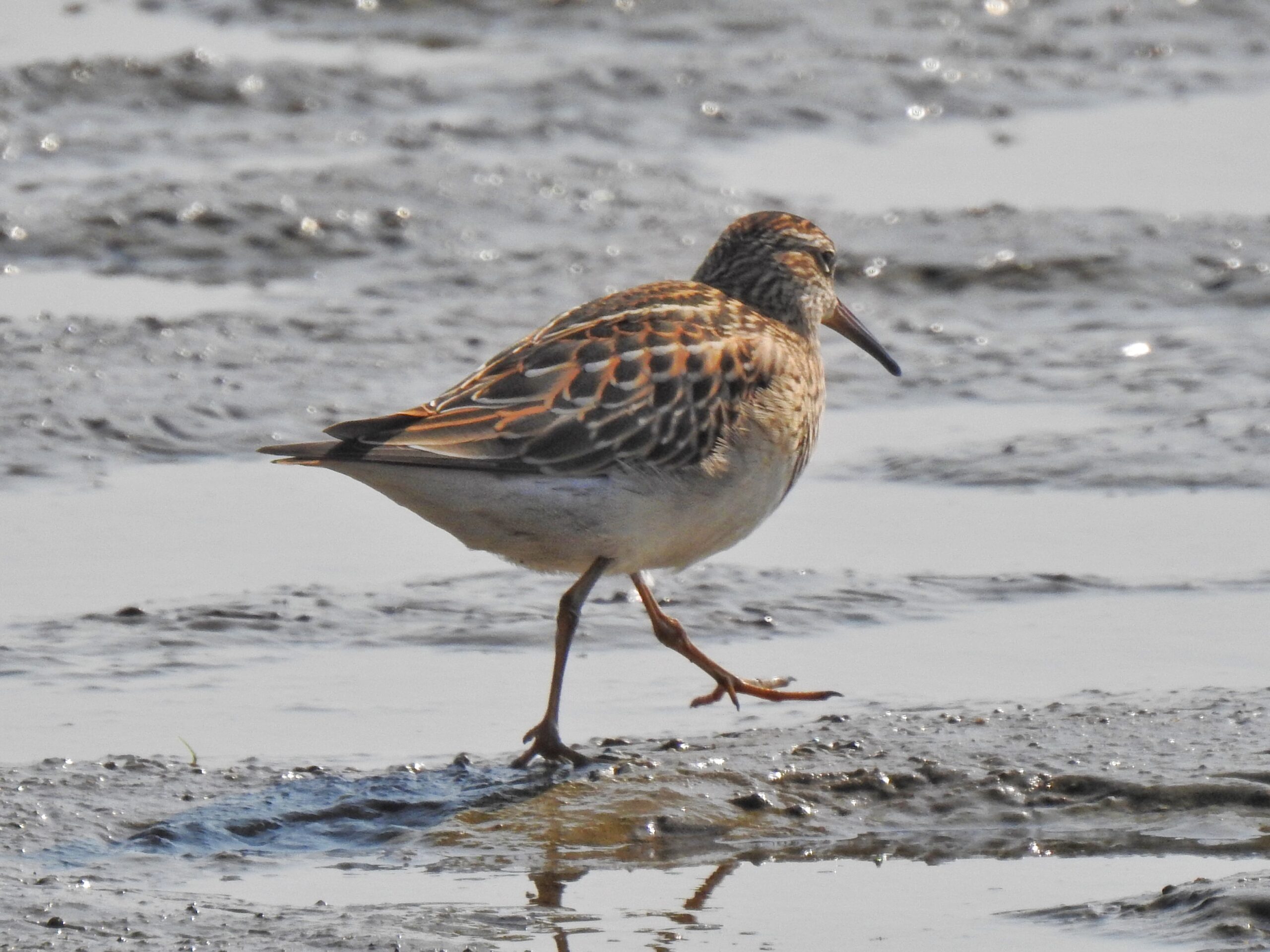 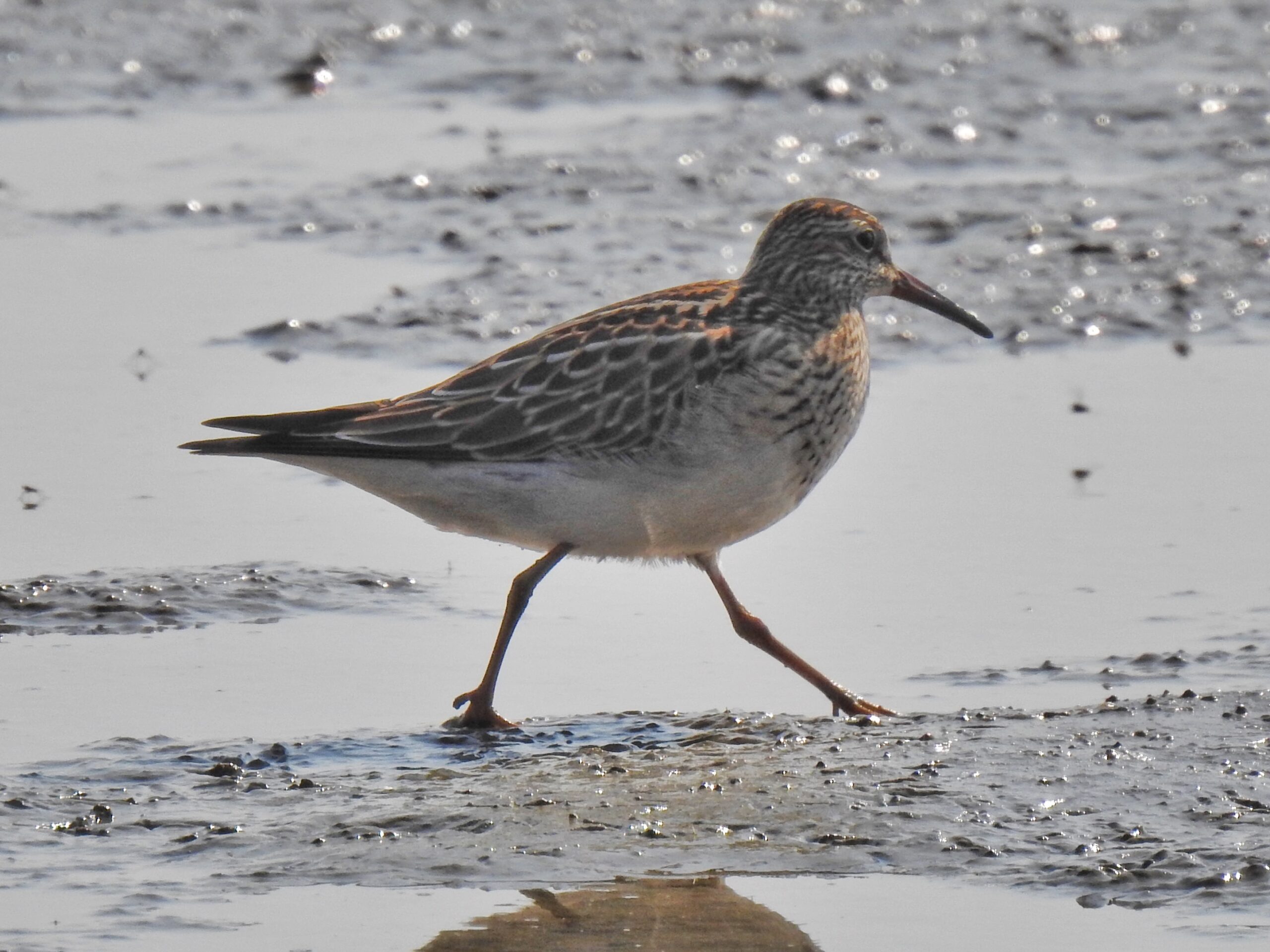 Sanderling. Even though the three of these I saw weren’t following the waves, they still rushed about the flats like a wind-up toy 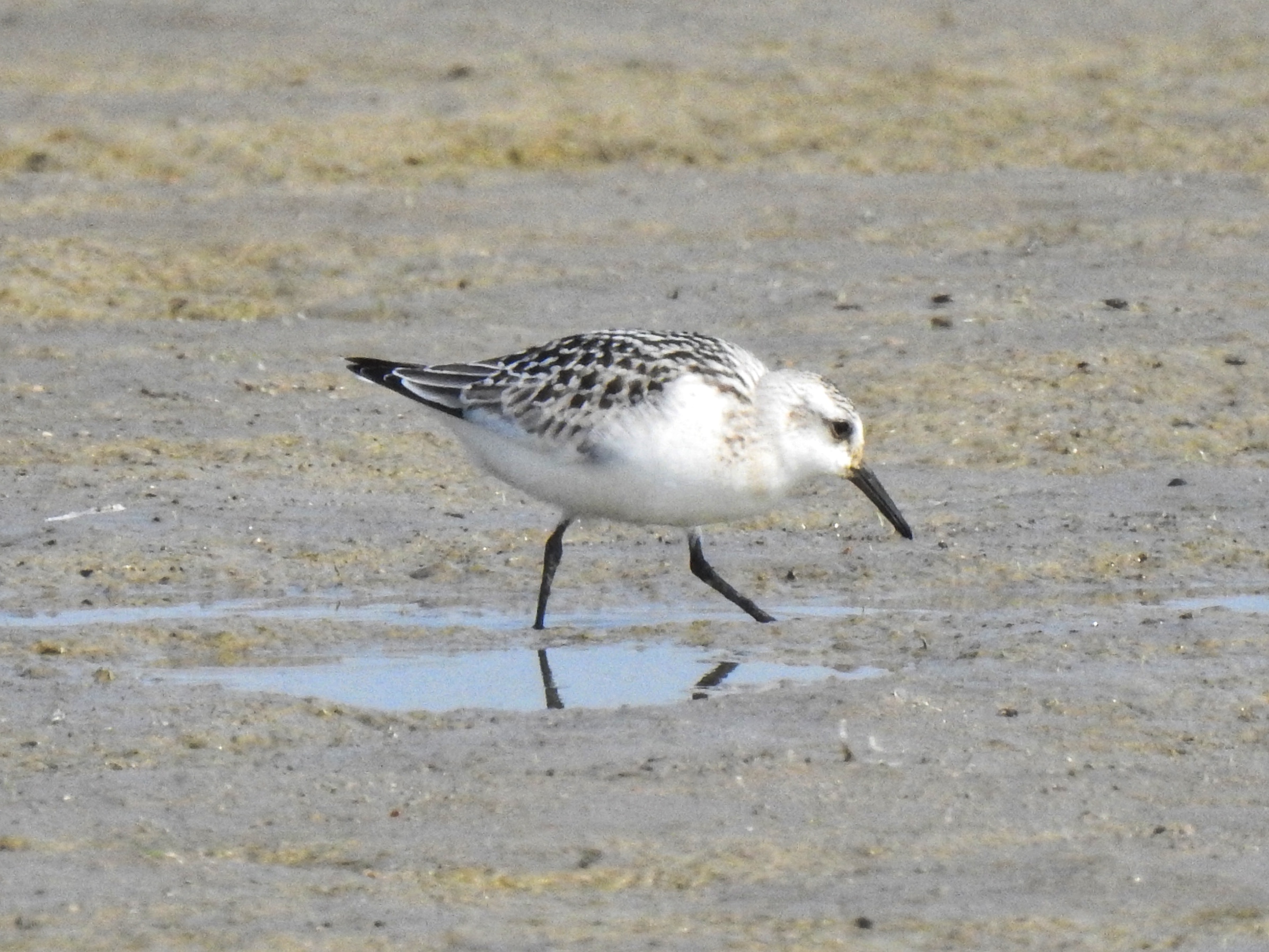 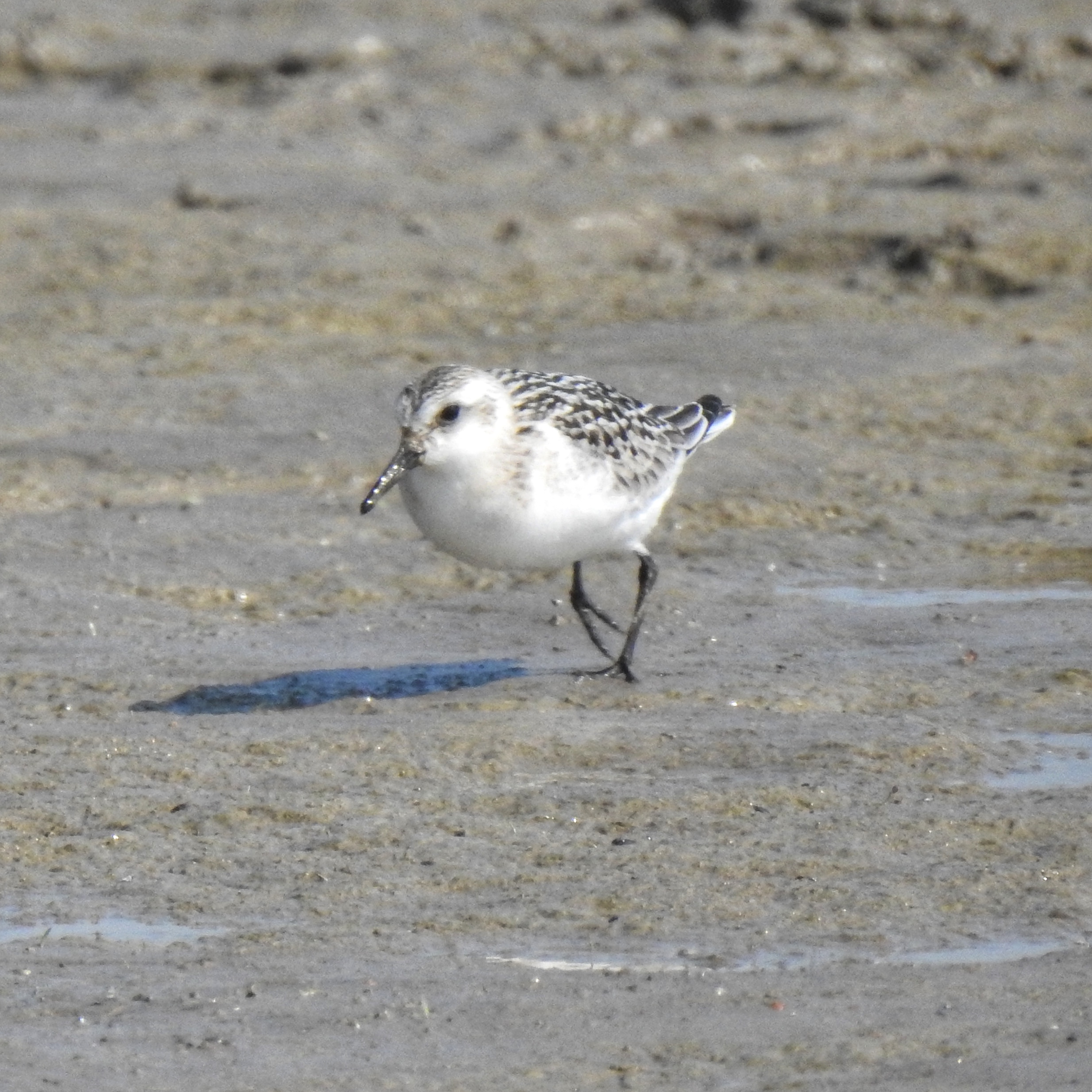 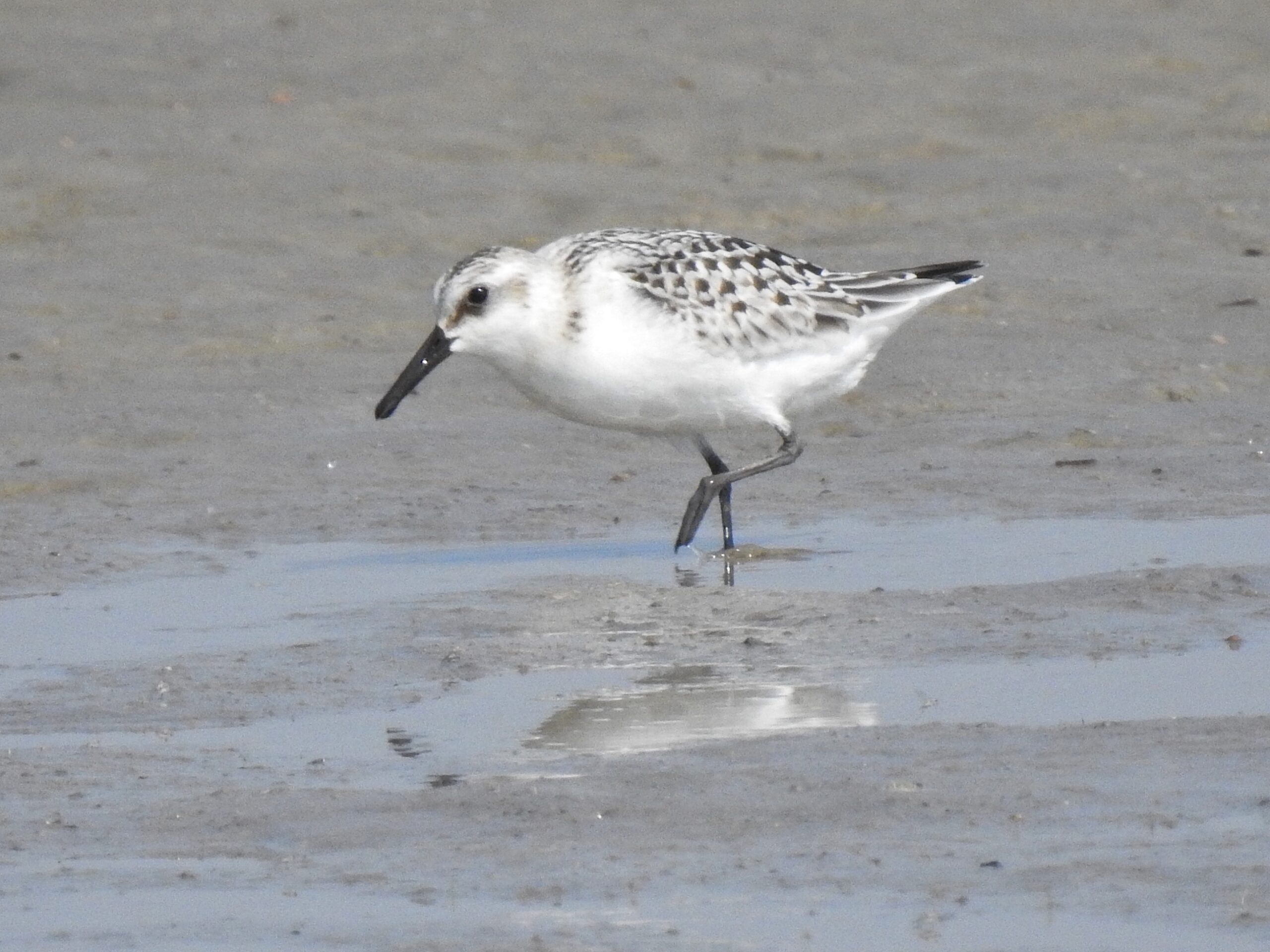 Short-billed Dowitcher. These are rare in Colorado. This isn’t a great photo—it was 50-yards away and the light was awful for photos, but it does show the tiger-stripe markings on the primaries that distinguish it from Long-billed Dowitcher. 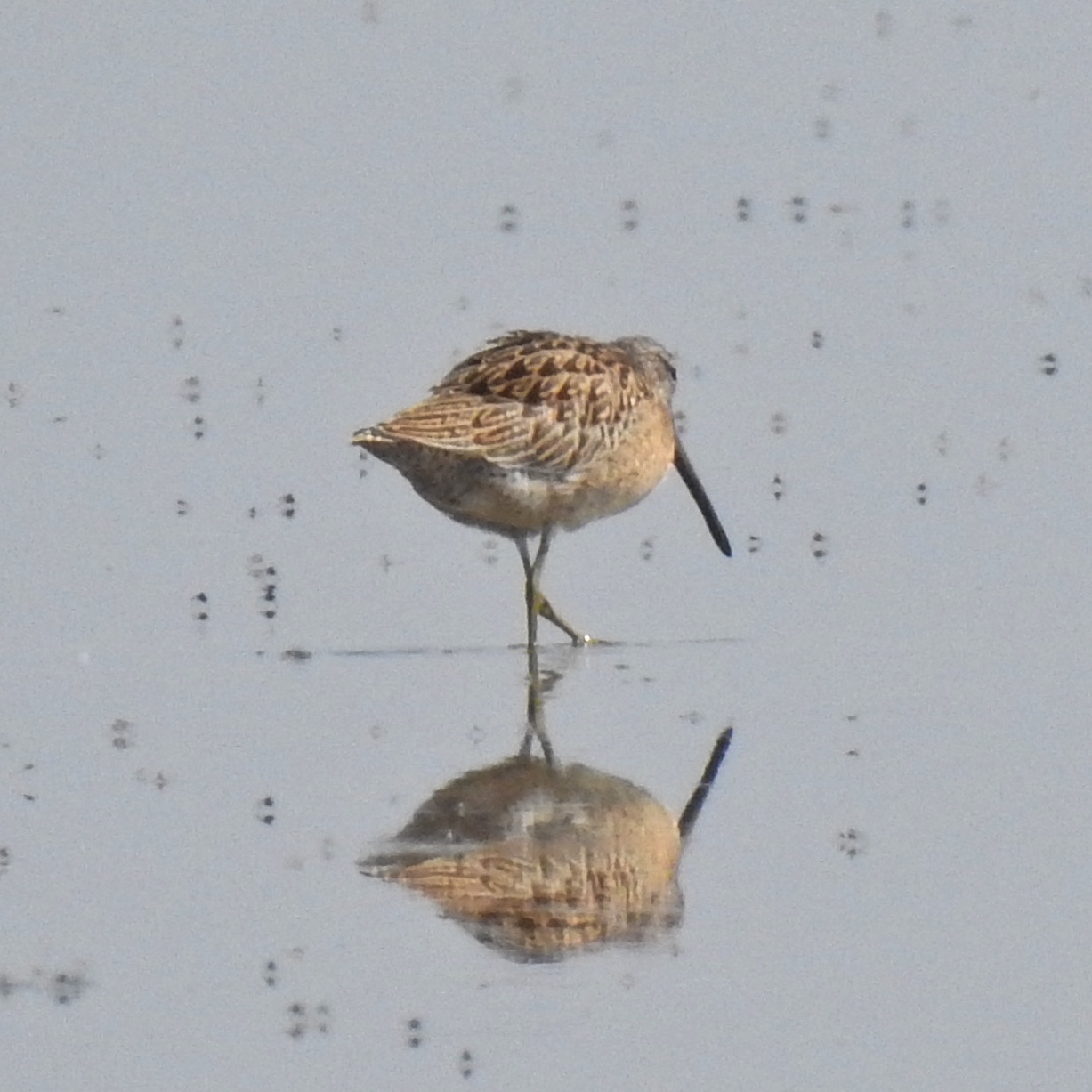 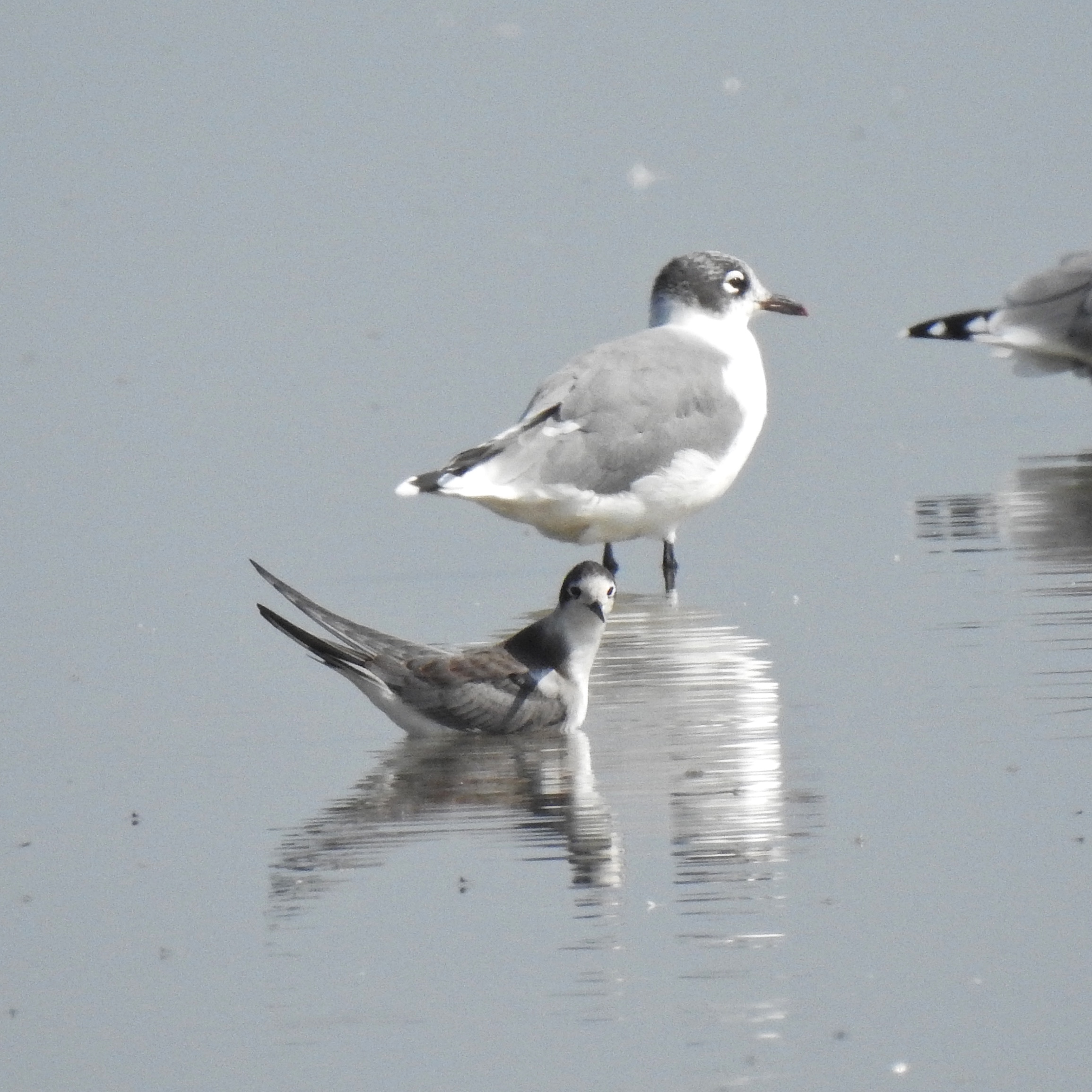 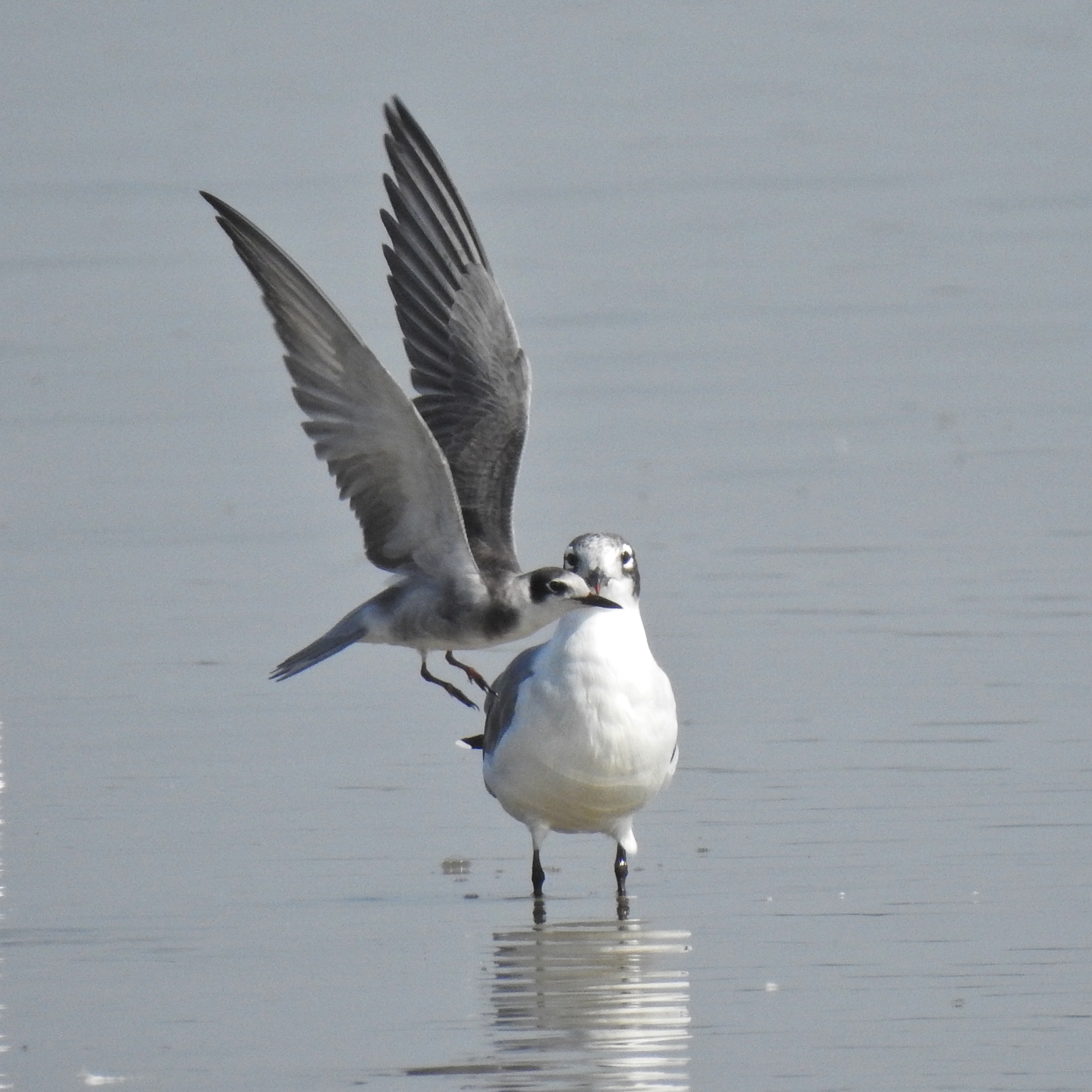 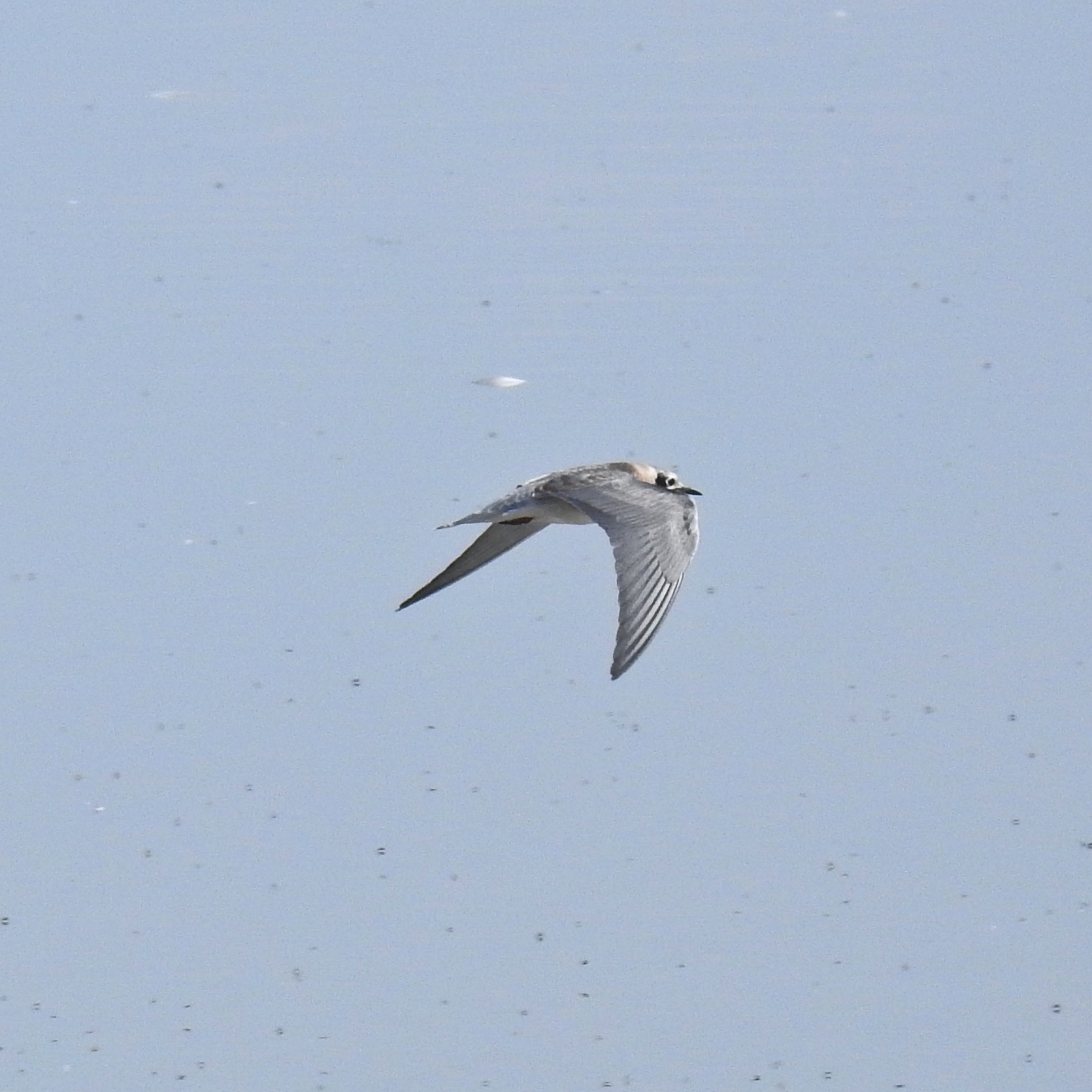 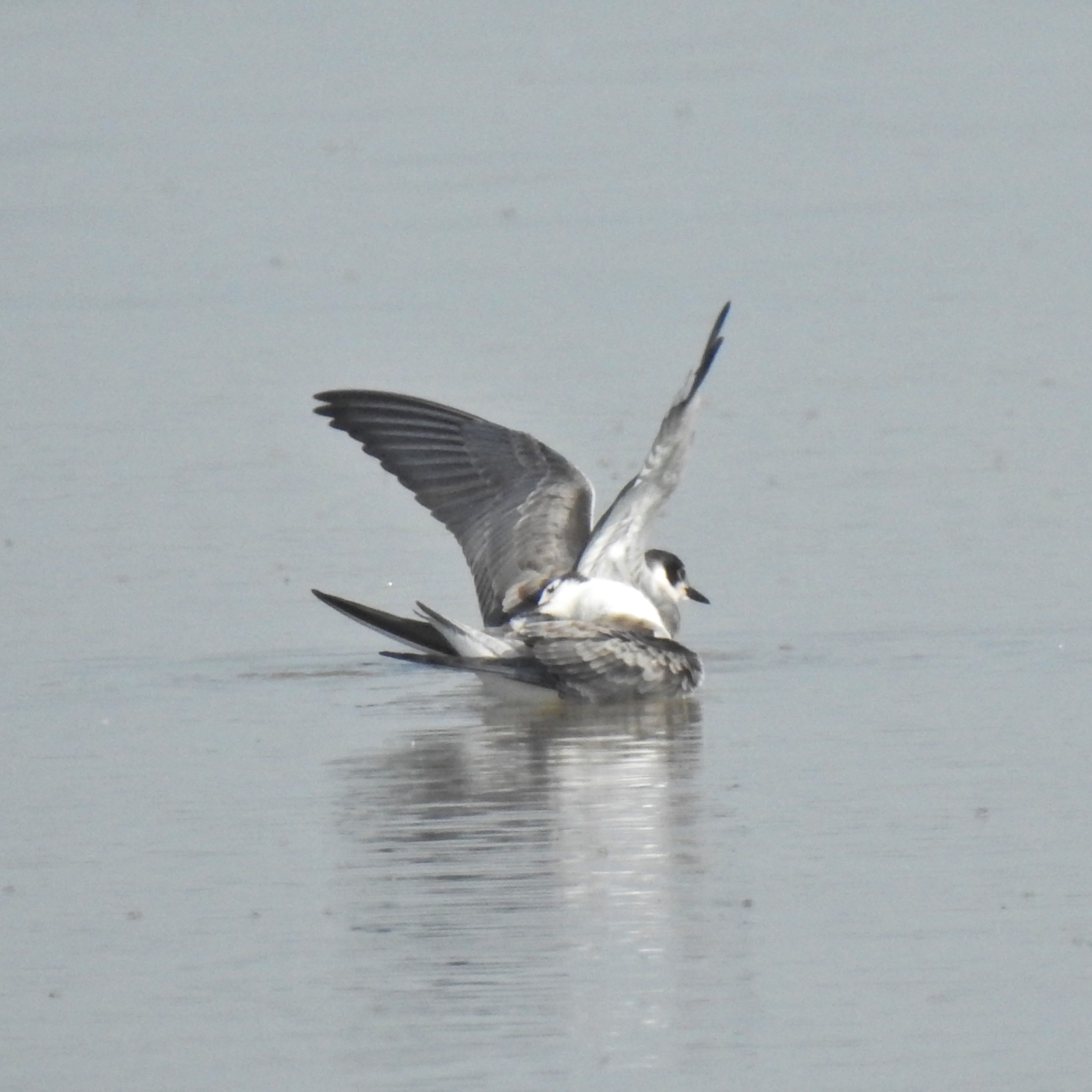 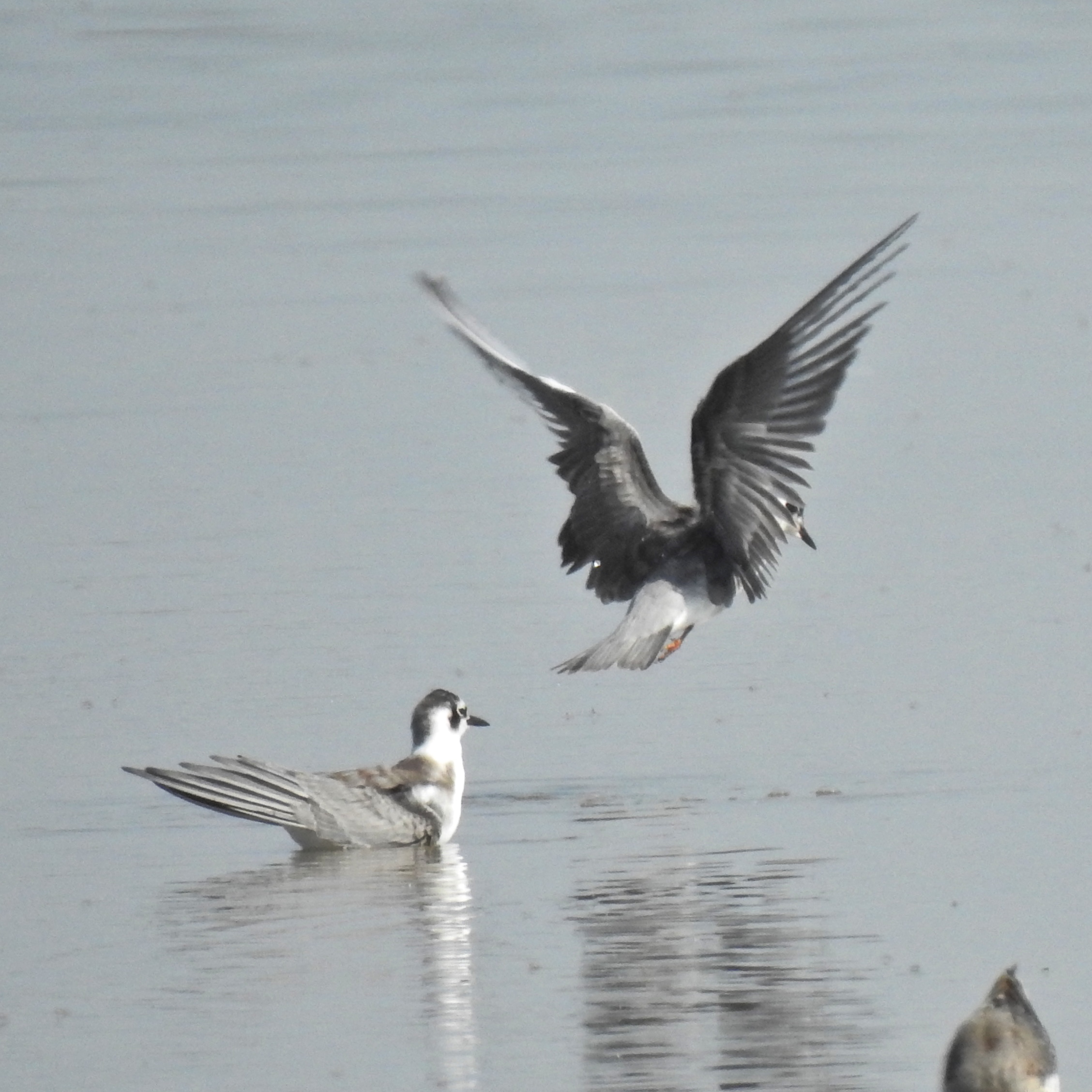 Stilt Sandpiper. There were a lot of these around 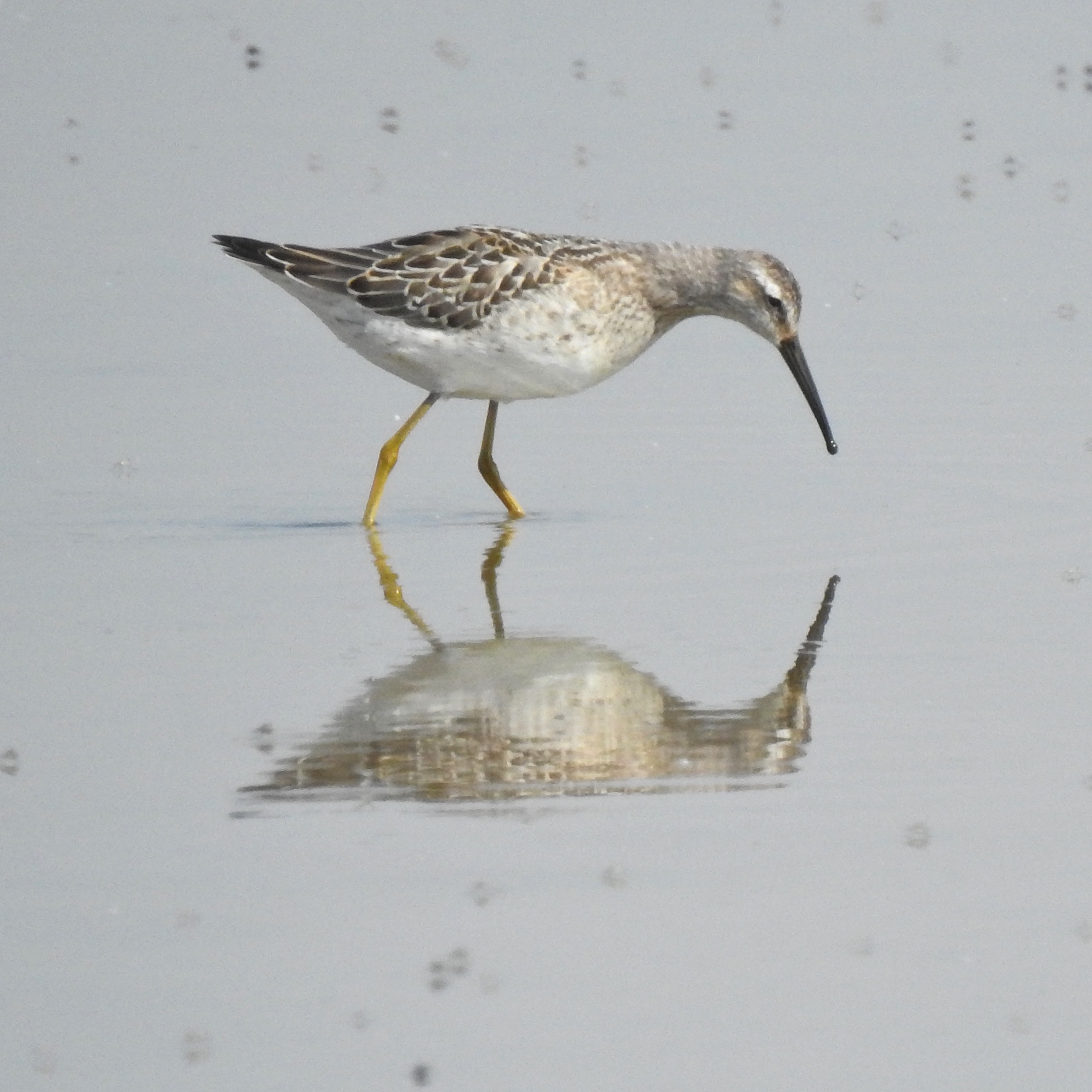 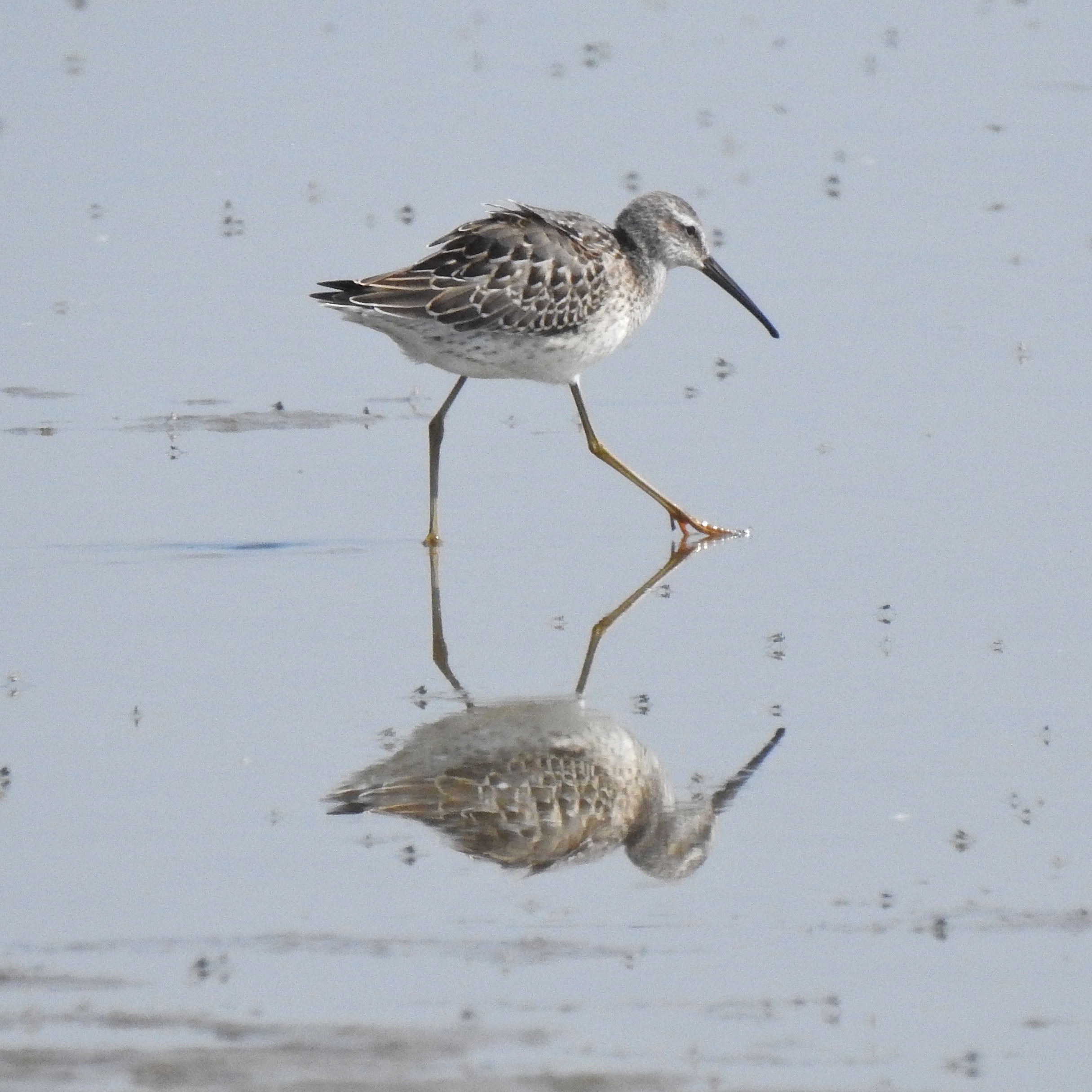 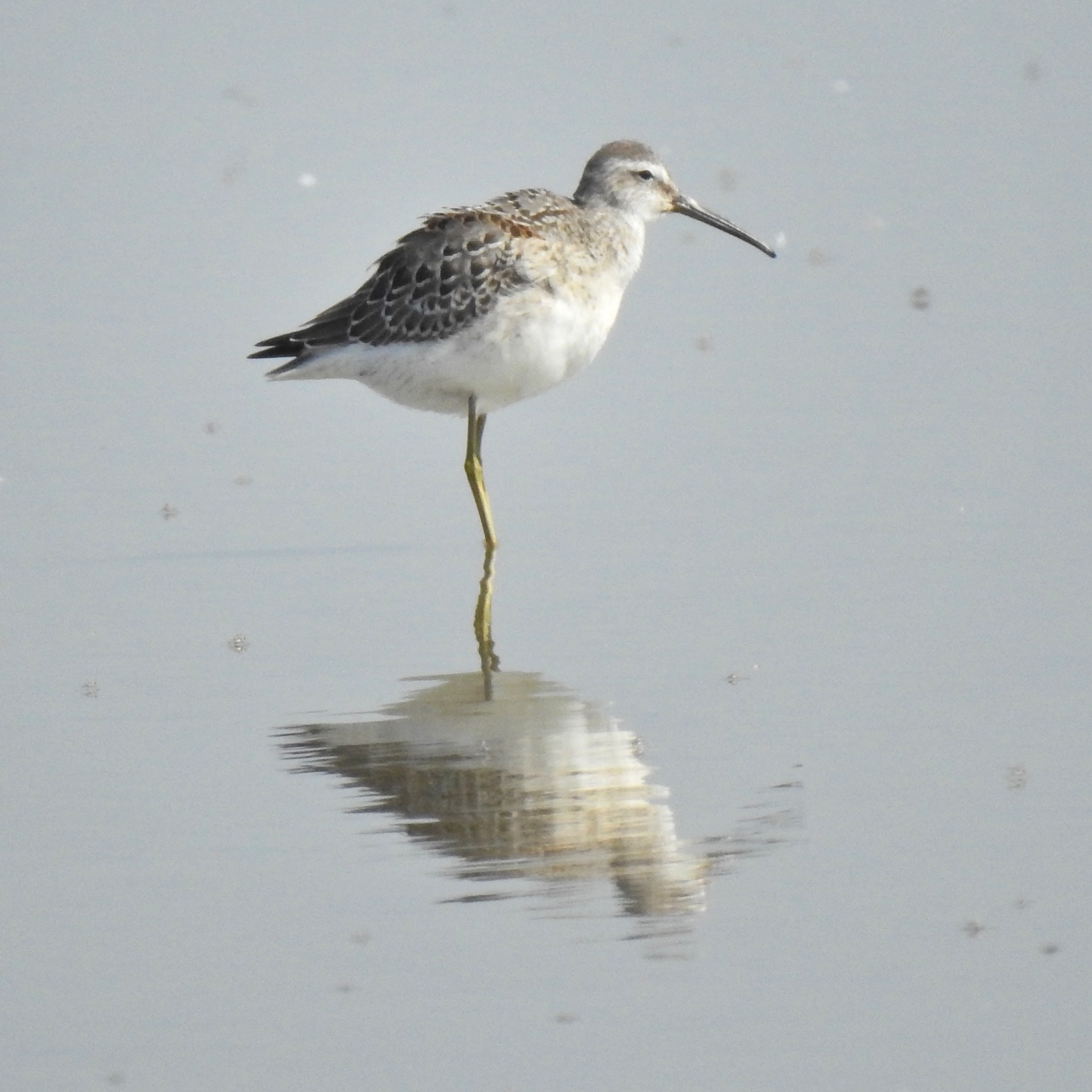 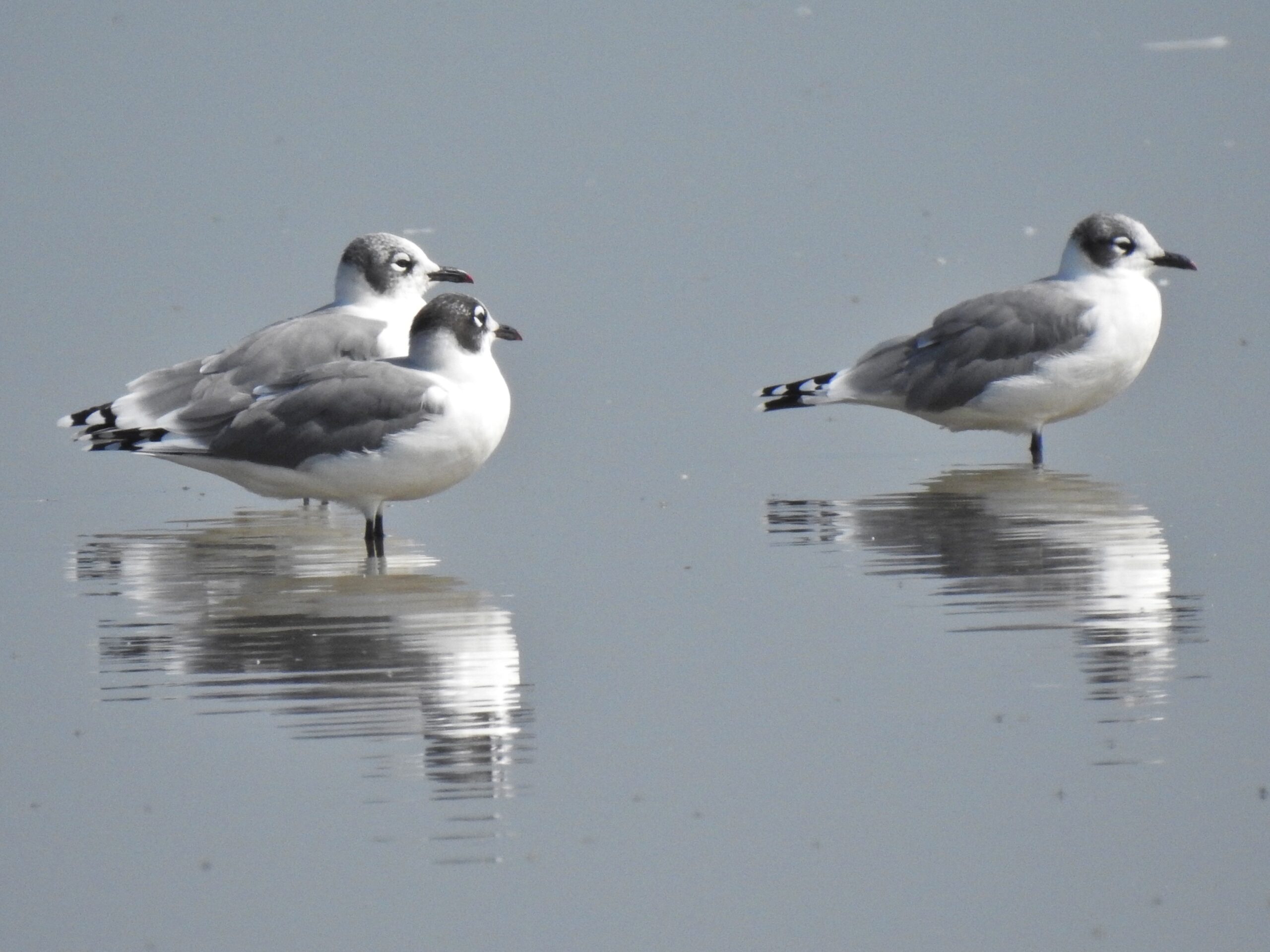 Common Tern (on the right) with Franklin’s and Ring-billed Gulls in the second photo. 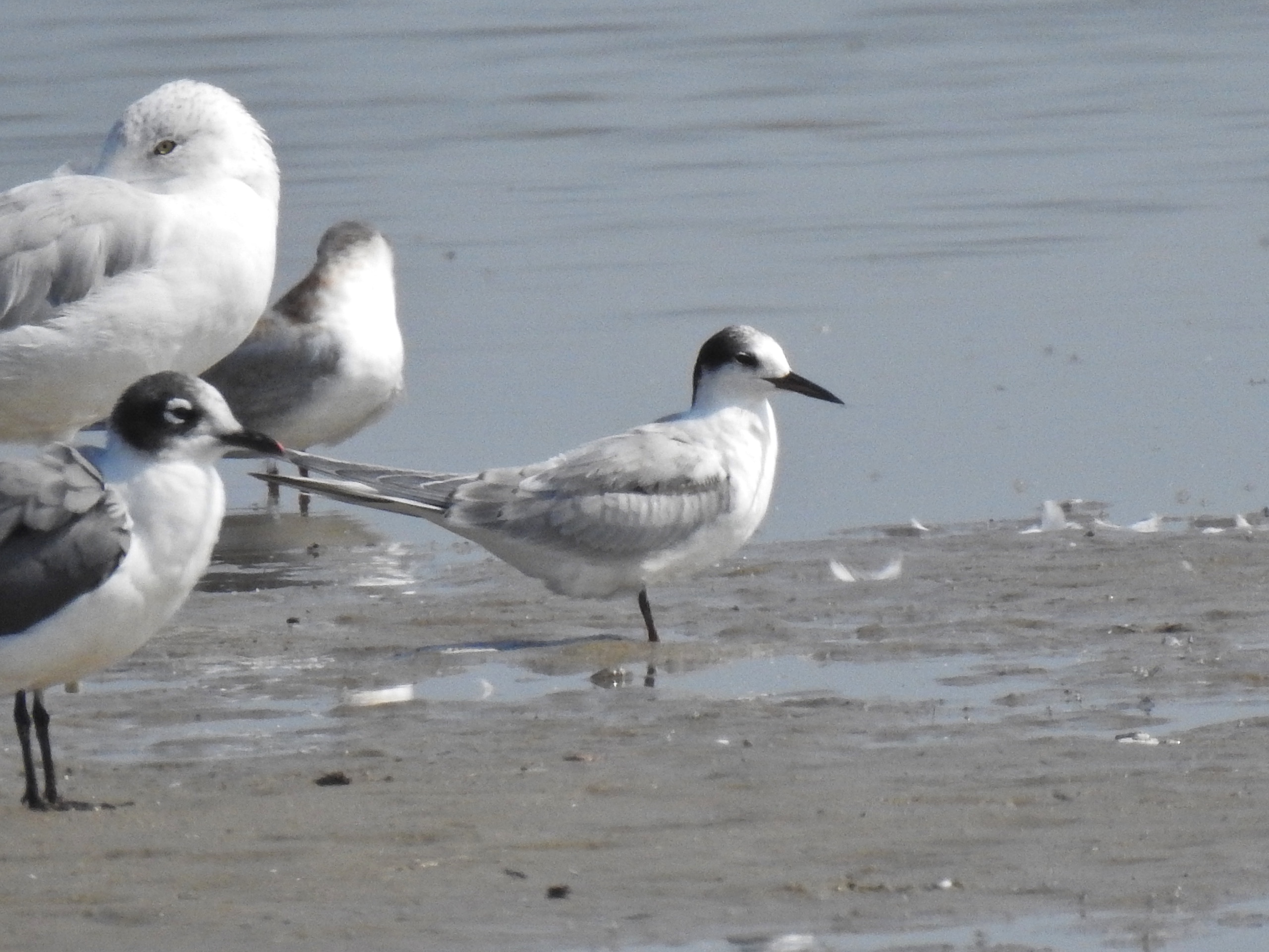 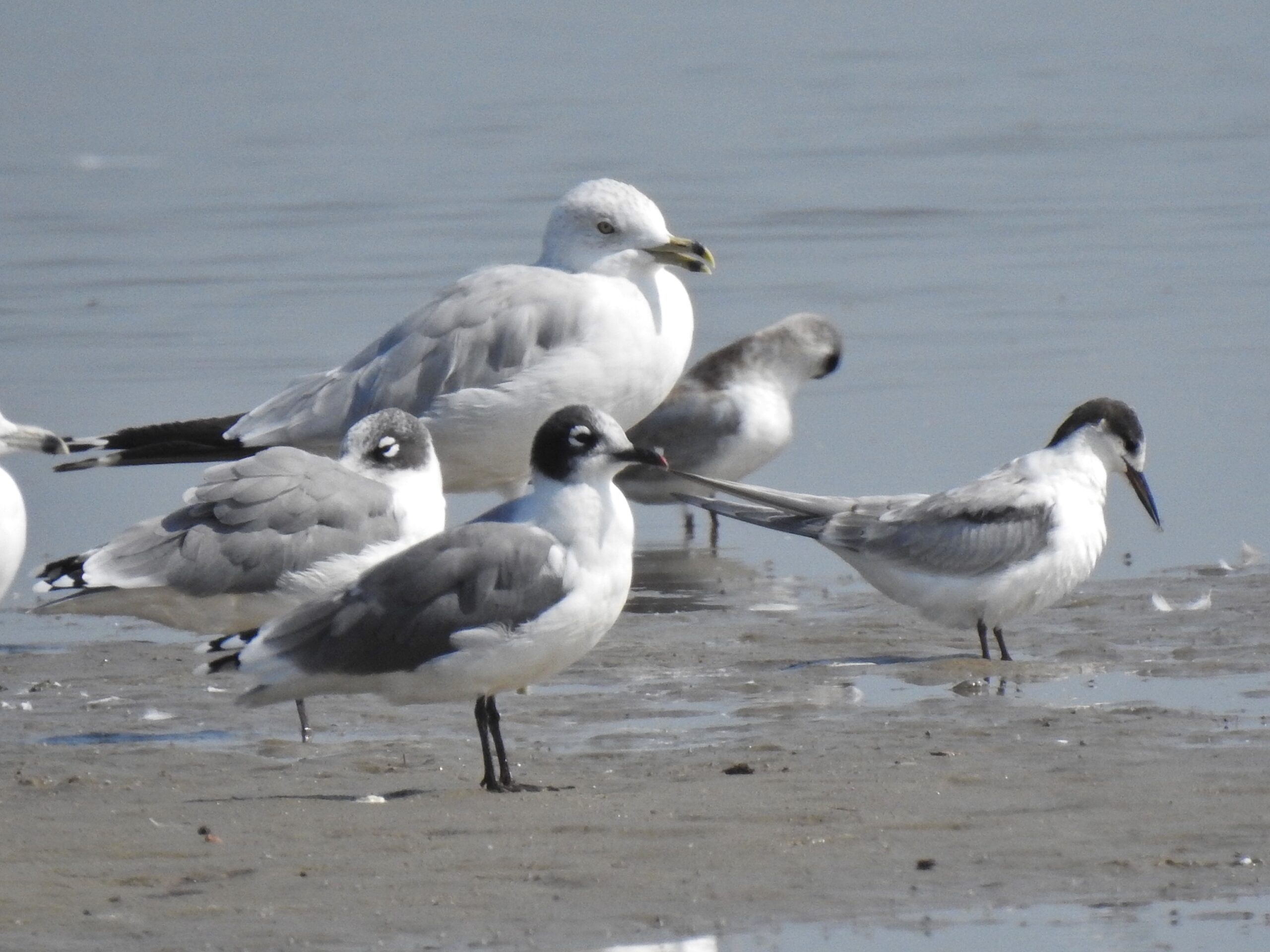 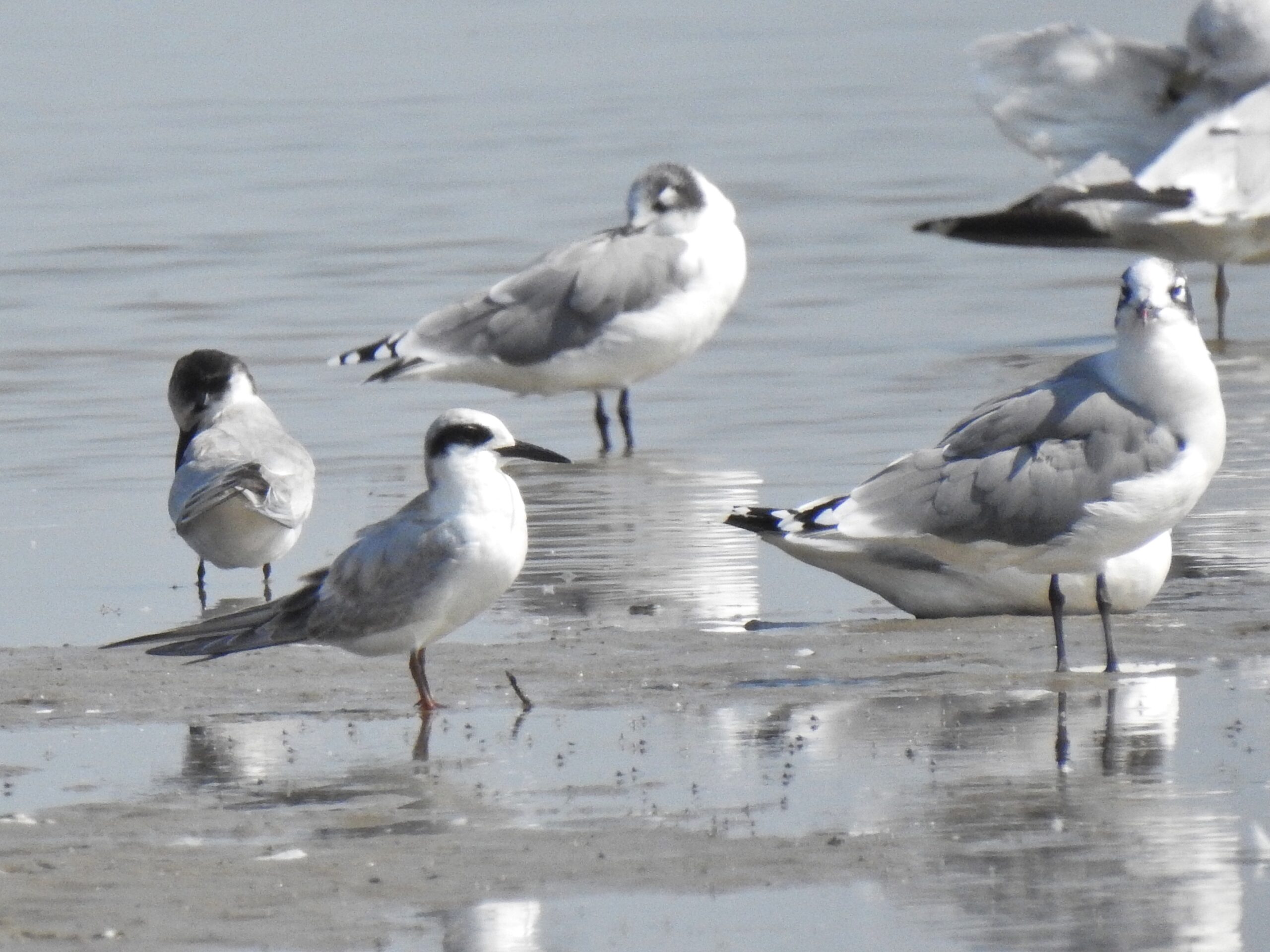 Ruddy Turnstone (These are rare in Colorado, but I used to see them along the Great Lakes from time to time.) 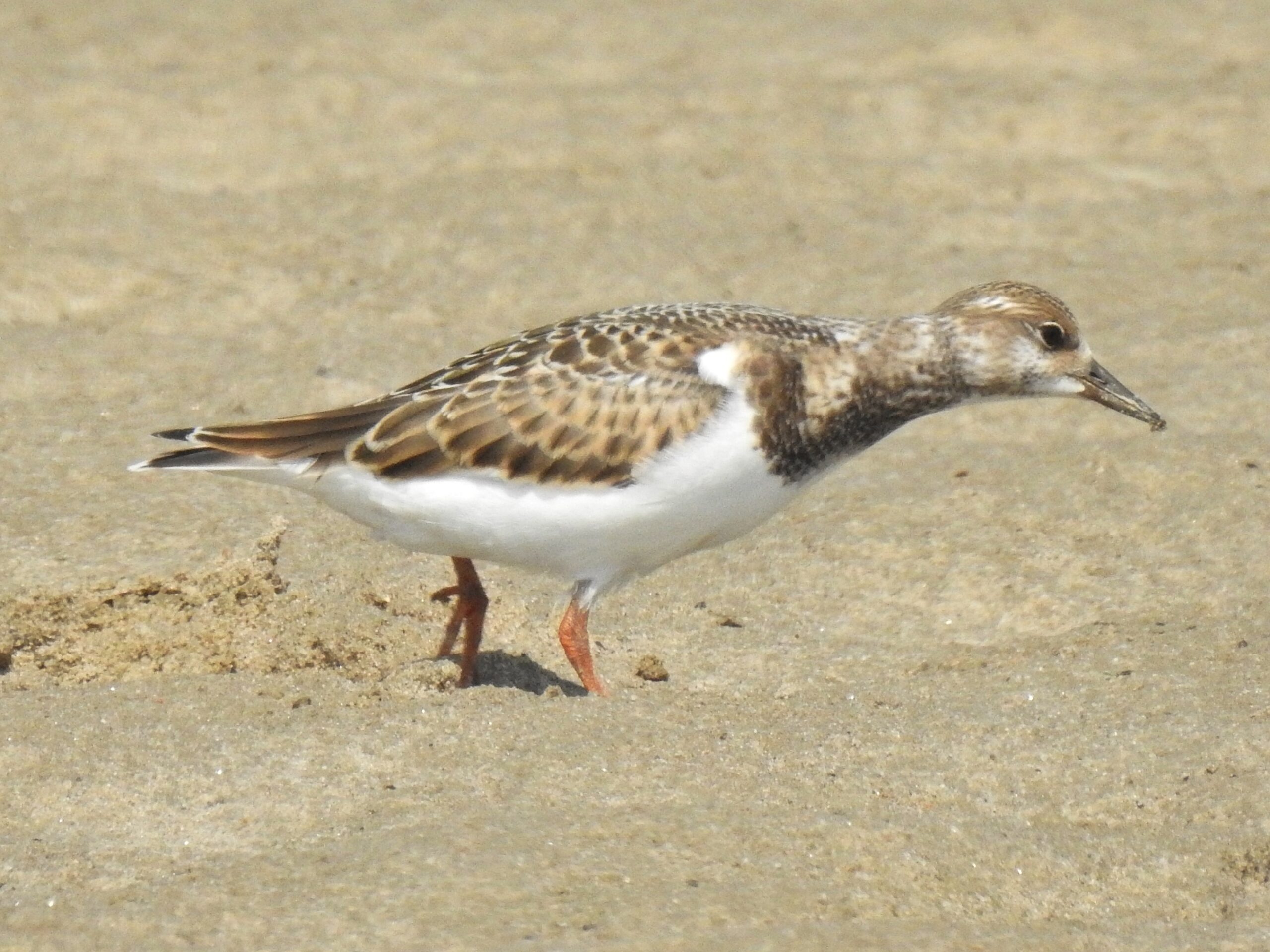 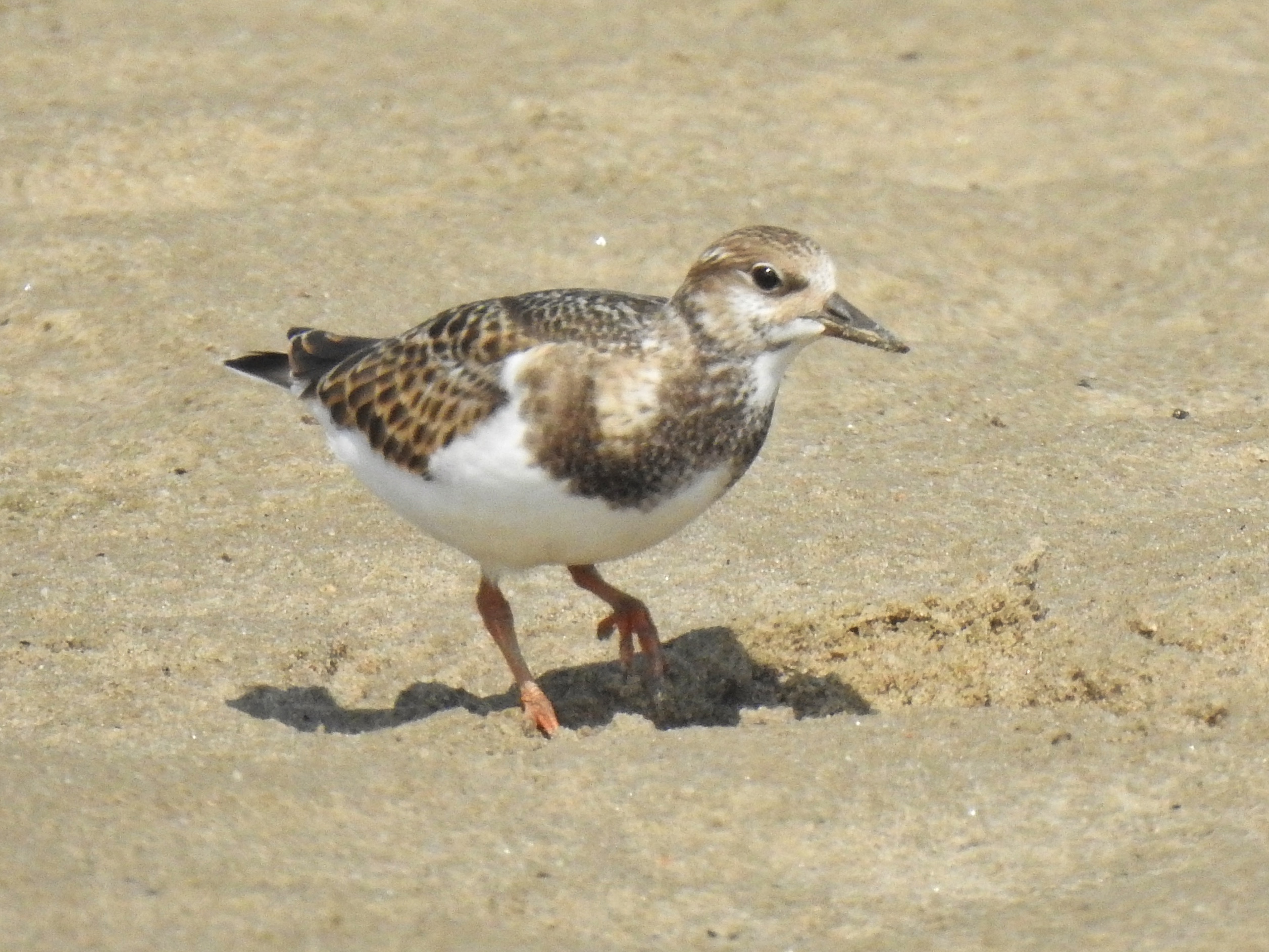 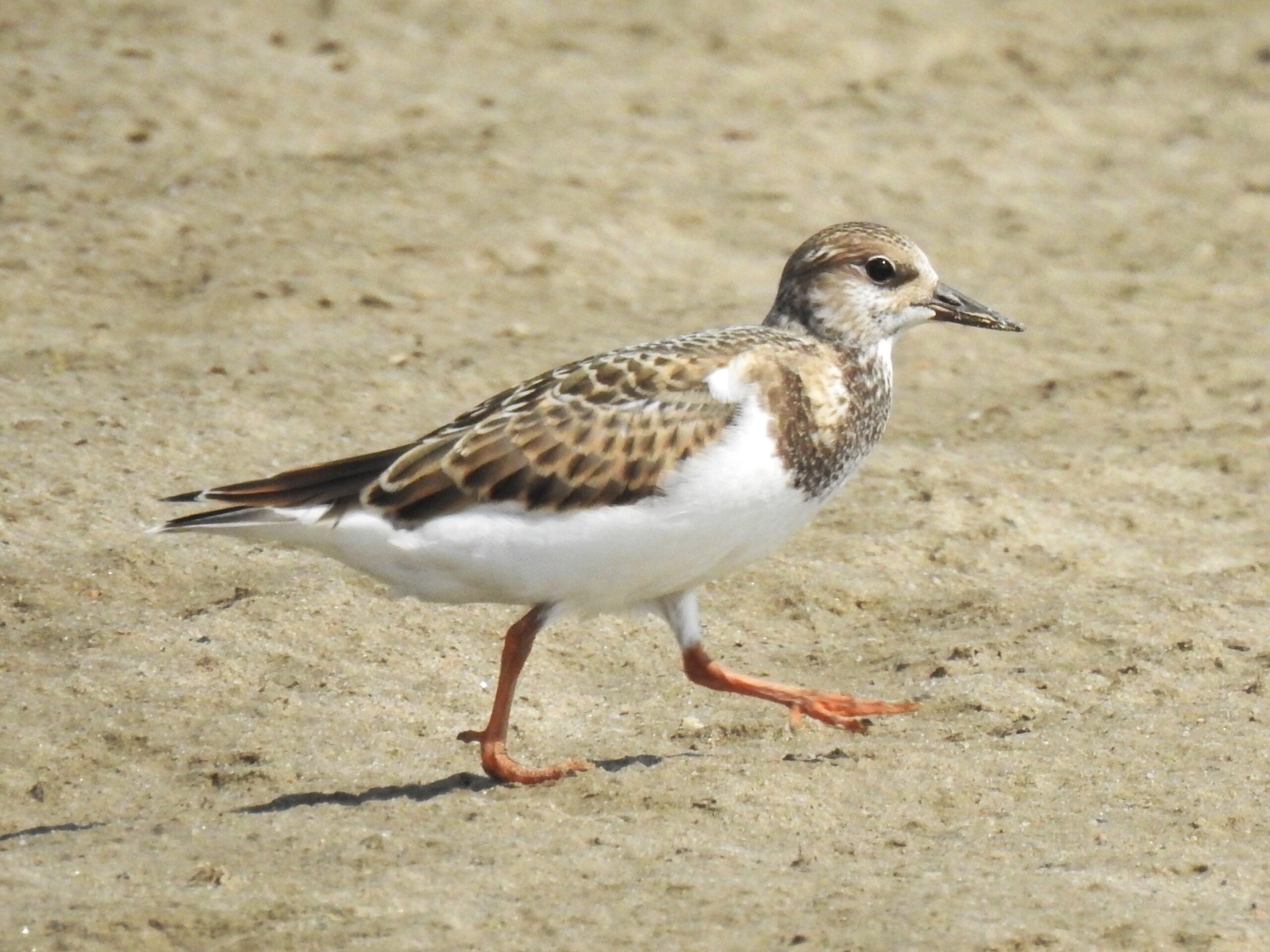 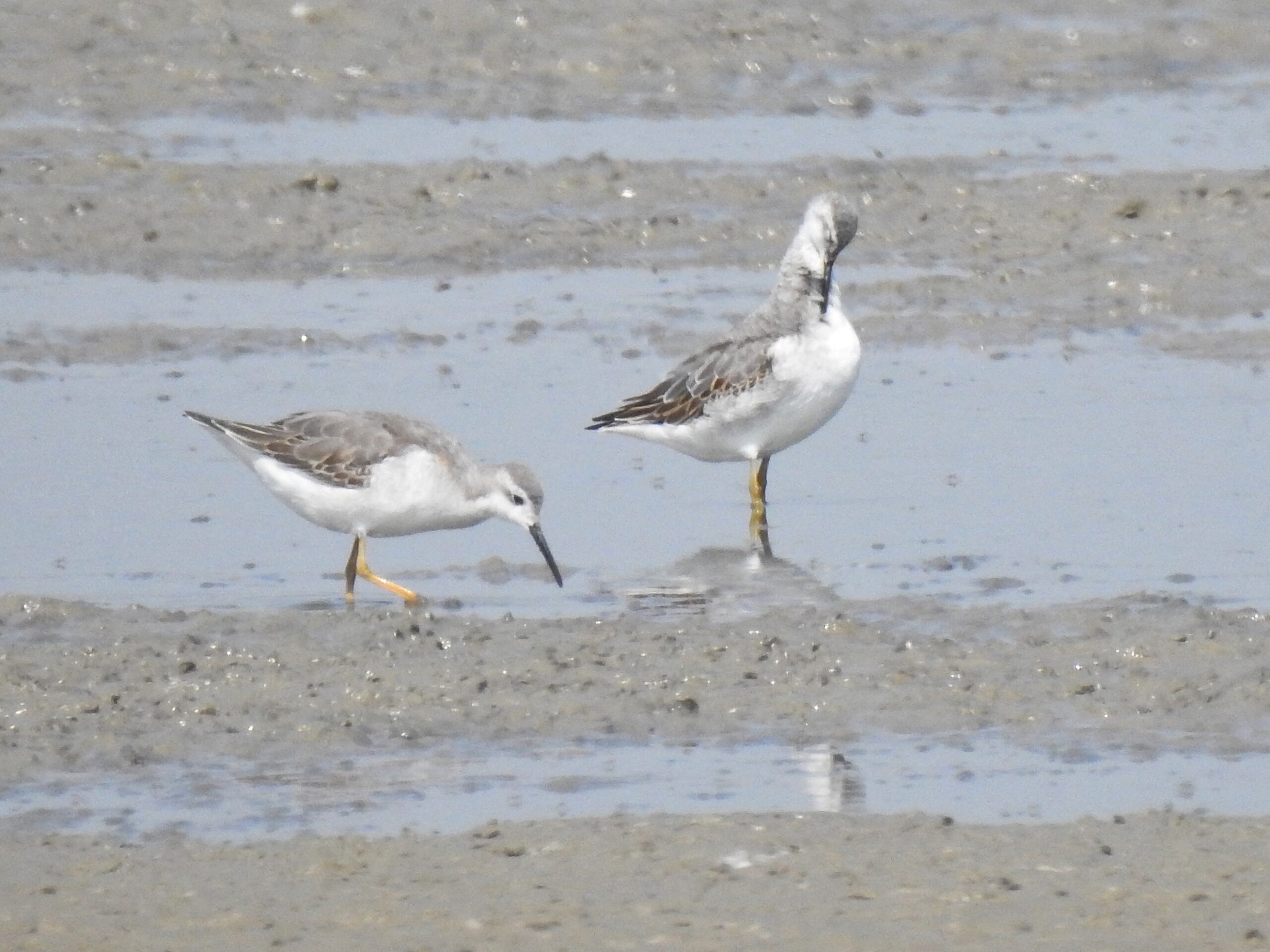 A lot of woodland migrants had been reported on Friday, and several birders saw some cool stuff early Saturday in the woods in the park, but by the time I got there later in the day, nothing was moving. I did pick this guy out of the willows. 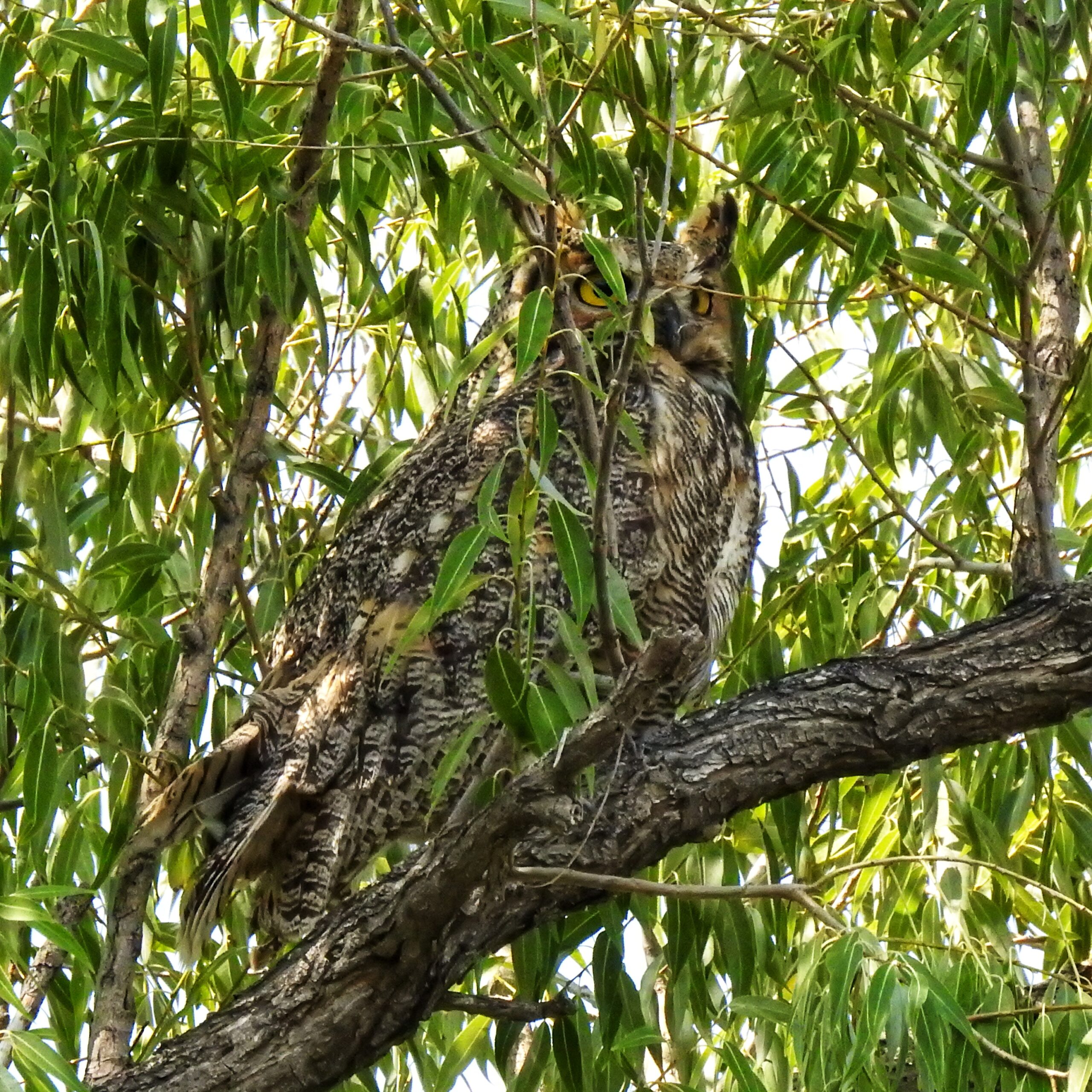