The word for today was “swallows.” Vast swarms of them were moving through the Pueblo area this morning—over the gravel pit and over the river. The numbers decreased as they day went on, but there were almost always a few in view. I saw Violet-green, Tree, Barn, Bank, Northern Rough-winged, and a lone Cliff.

My day began with a a magpie chasing a Great Horned Owl right in front of my car a couple blocks from home, and ended with 71 total species, including 8 new birds for the year.

A small part of the swallow flock on the gravel pit. Most of these are Tree, but there are also two Banks in the photo—brown with a dark band across their chests. 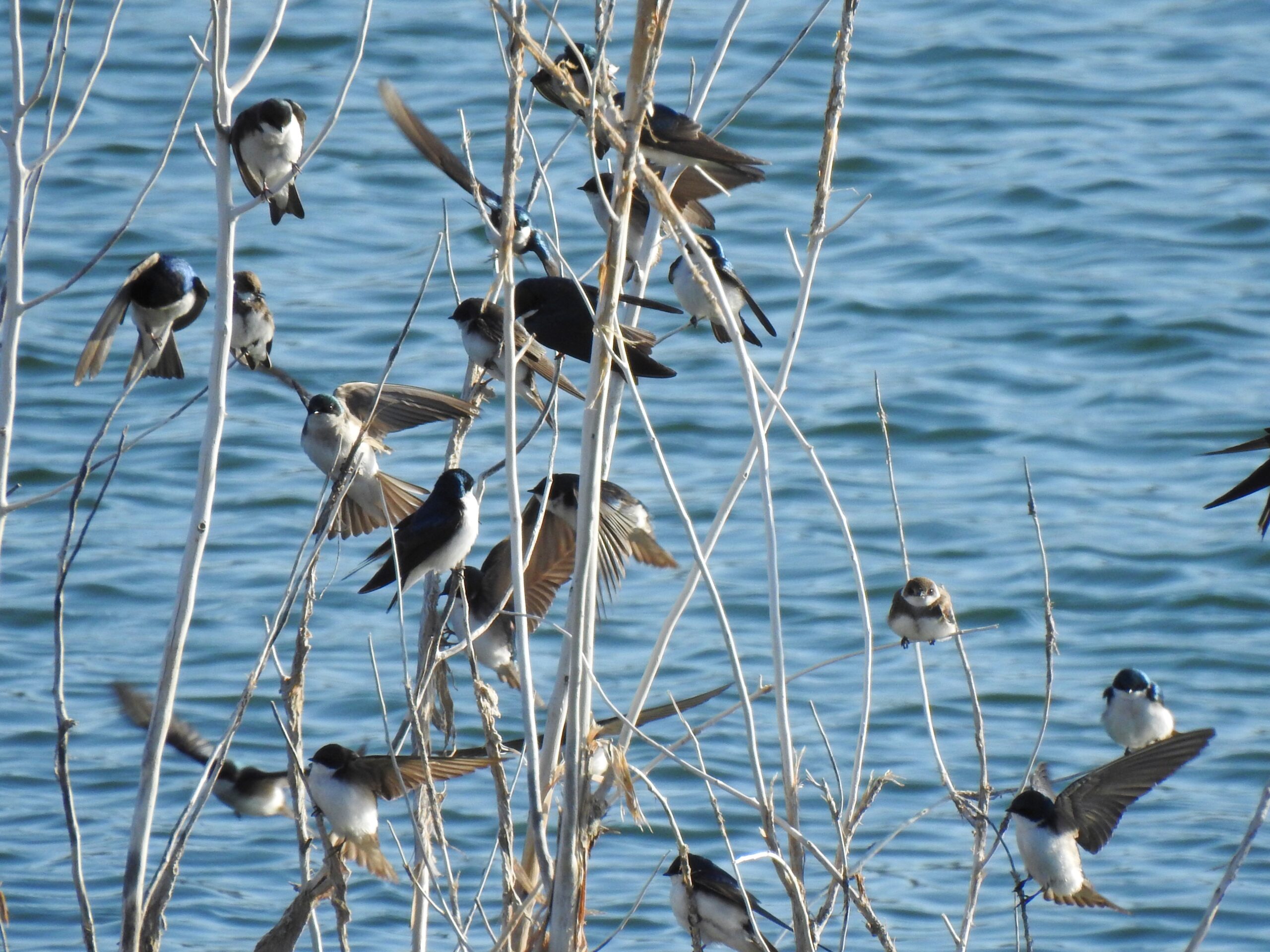 Ladder-backed Woodpecker, my first for the park and for Pueblo County. I later saw a female high in a cottonwood about half a mile east and across the river from where I saw this male. 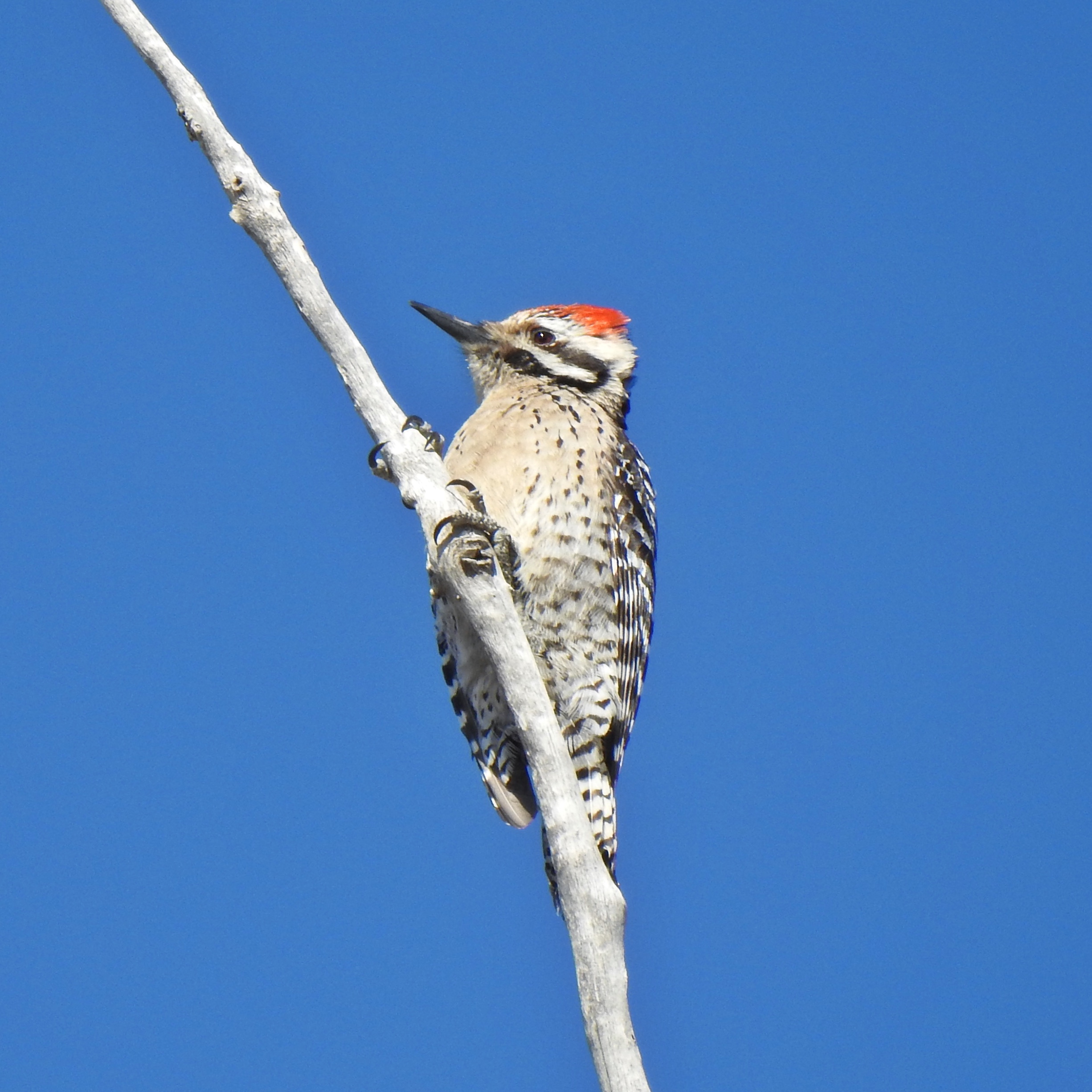 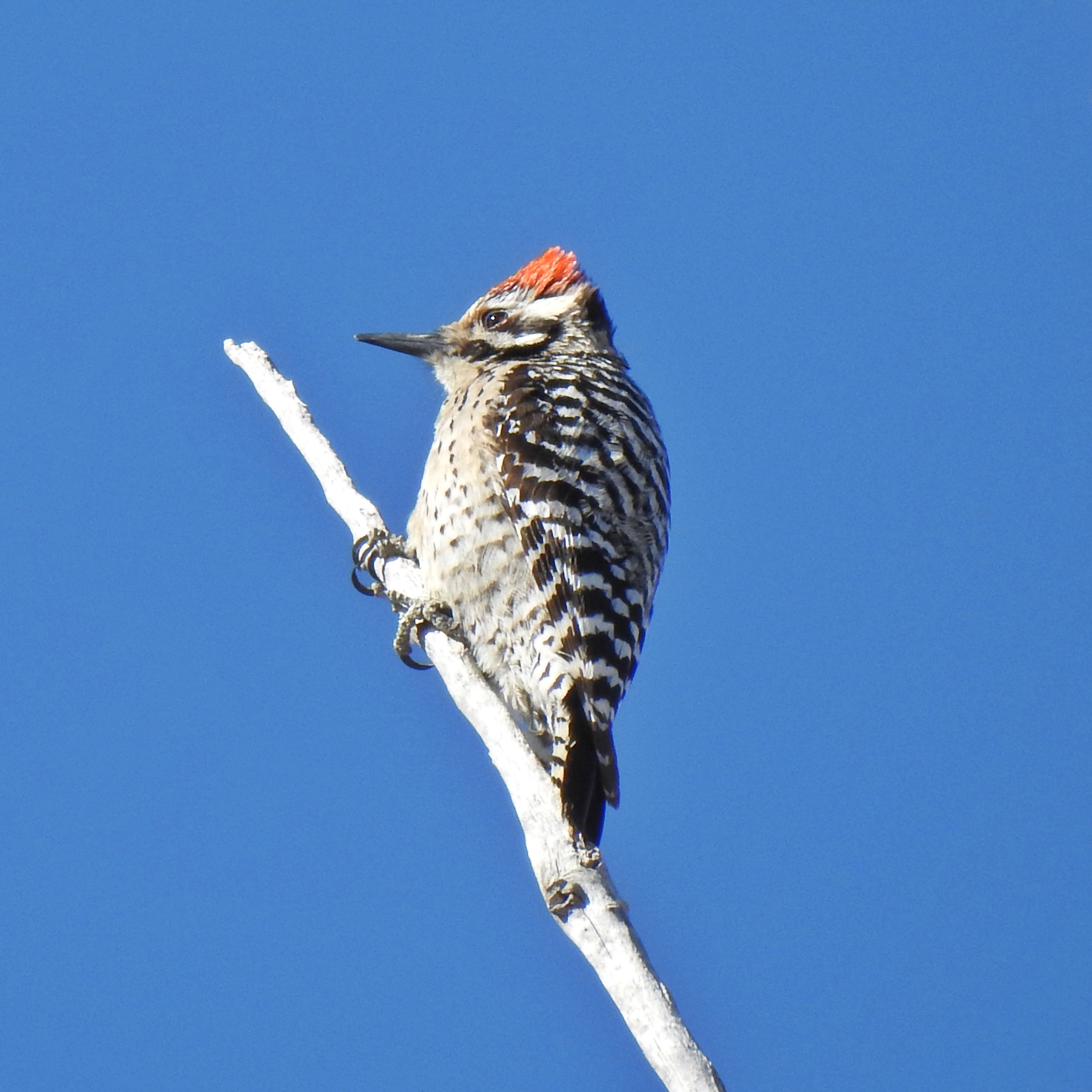 Blue-winged Teal. It caused me great pain to have to stand and listen to a woman with a foot-long camera lens tell her friend this was a pintail. 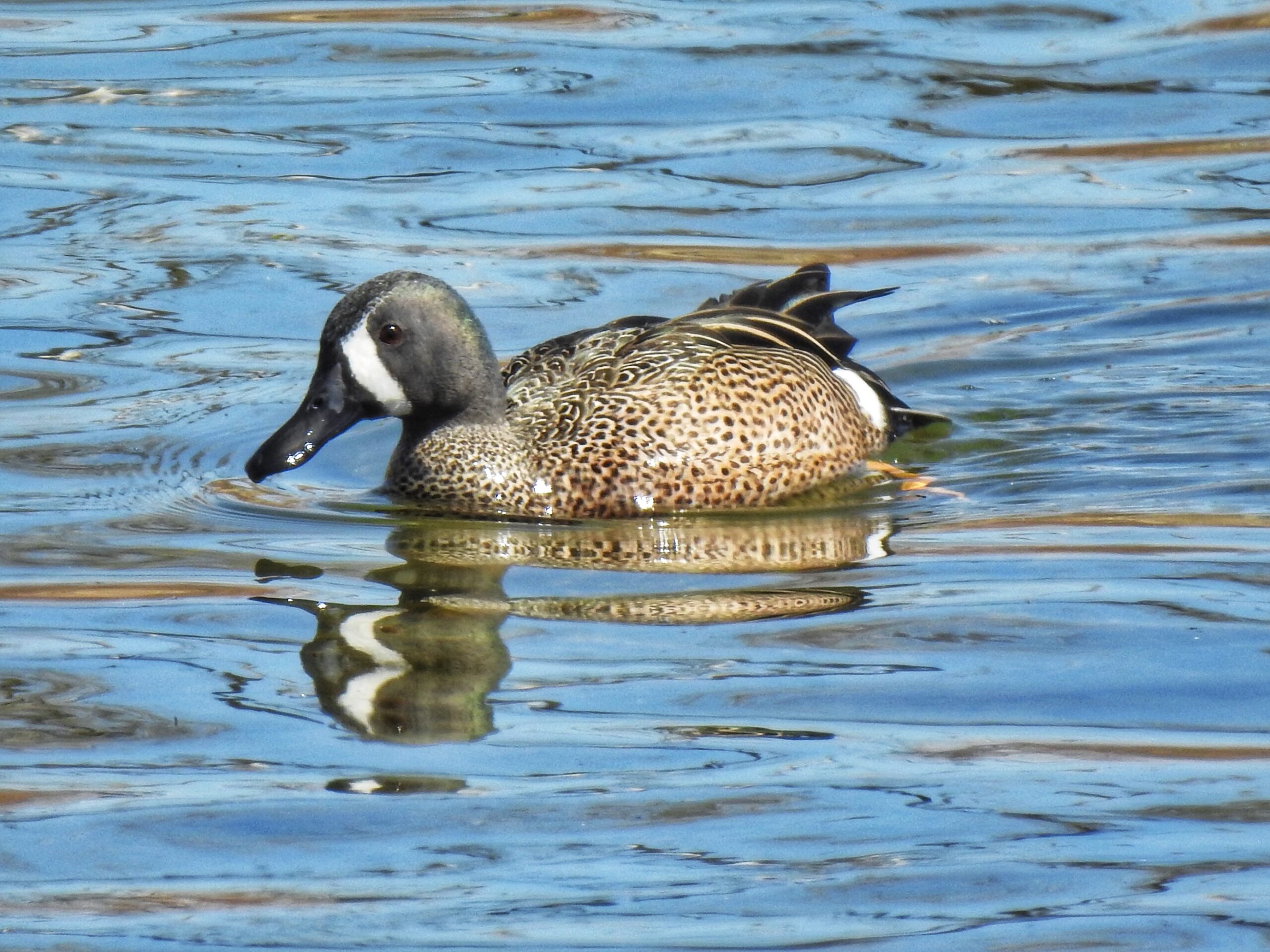 Wood Duck. I didn’t mess with the colors at all, I just managed to catch it in the perfect light. 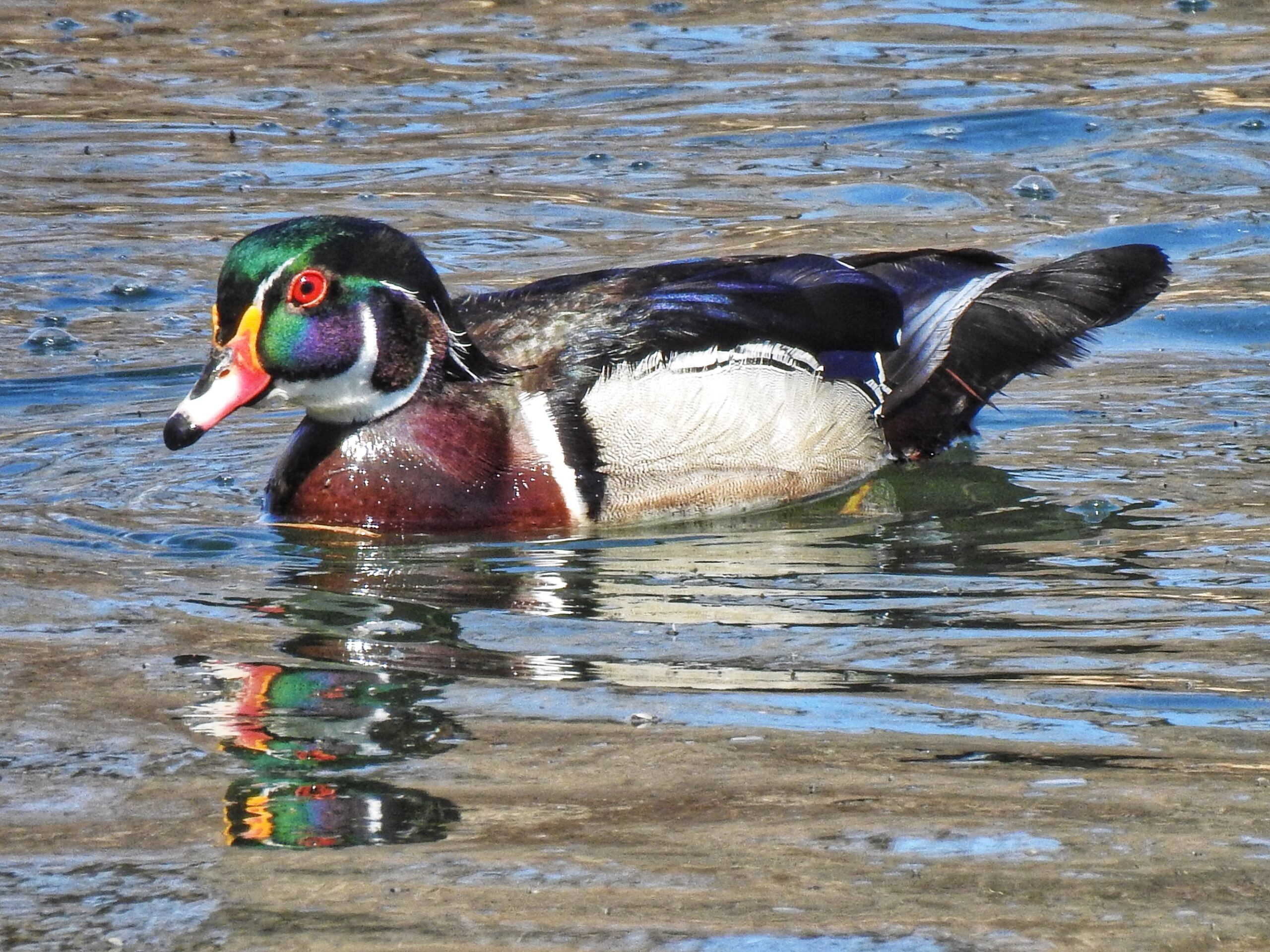 Pied-billed Grebe. This was just a throw-away shot, but it came out surprisingly good. 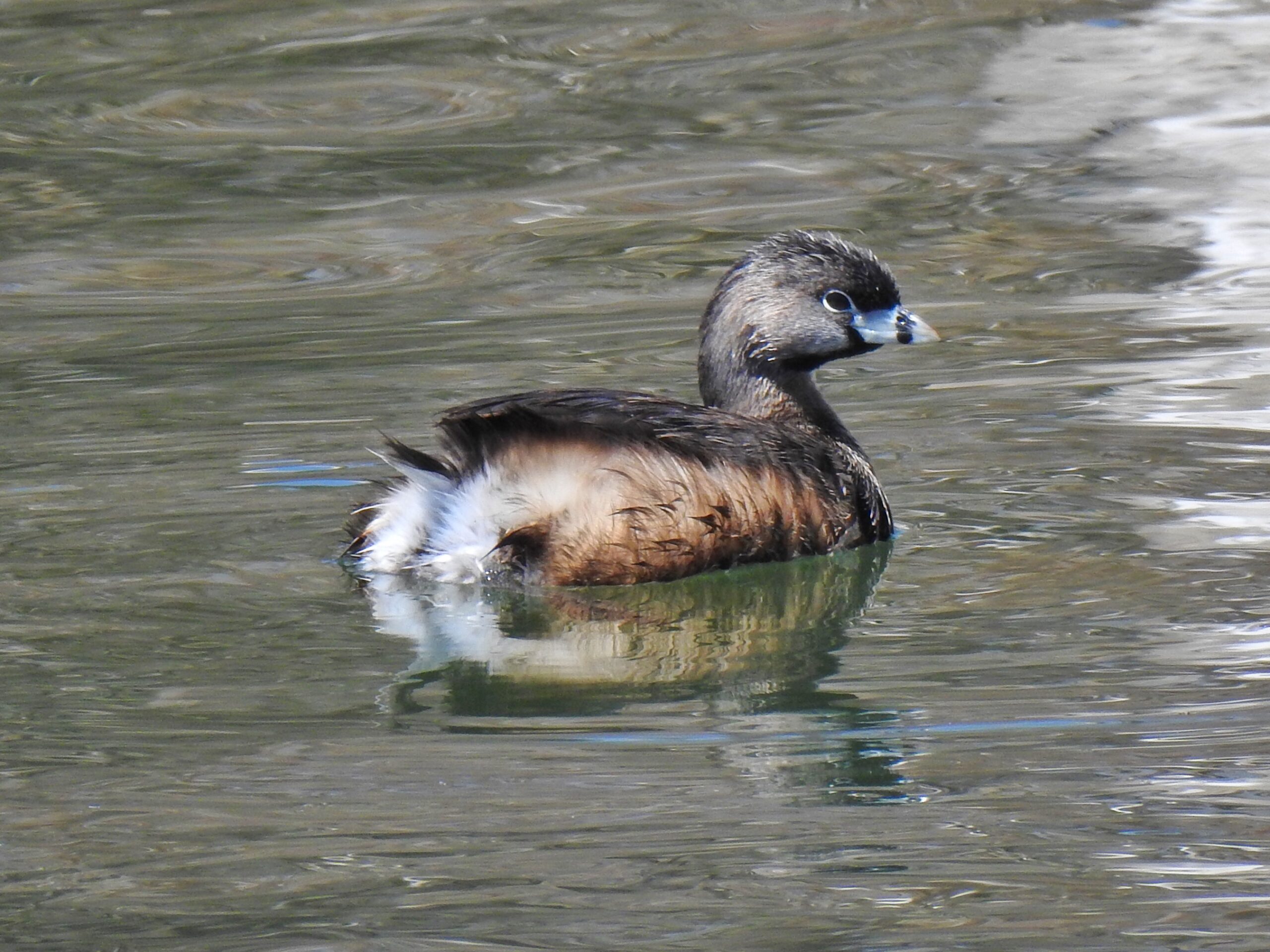 I think this might be a hybrid between a Black-capped and a Mountain Chickadee. It made the calls of a Black-capped, but there’s only a trace of color on its flanks and it has a very narrow eye line. 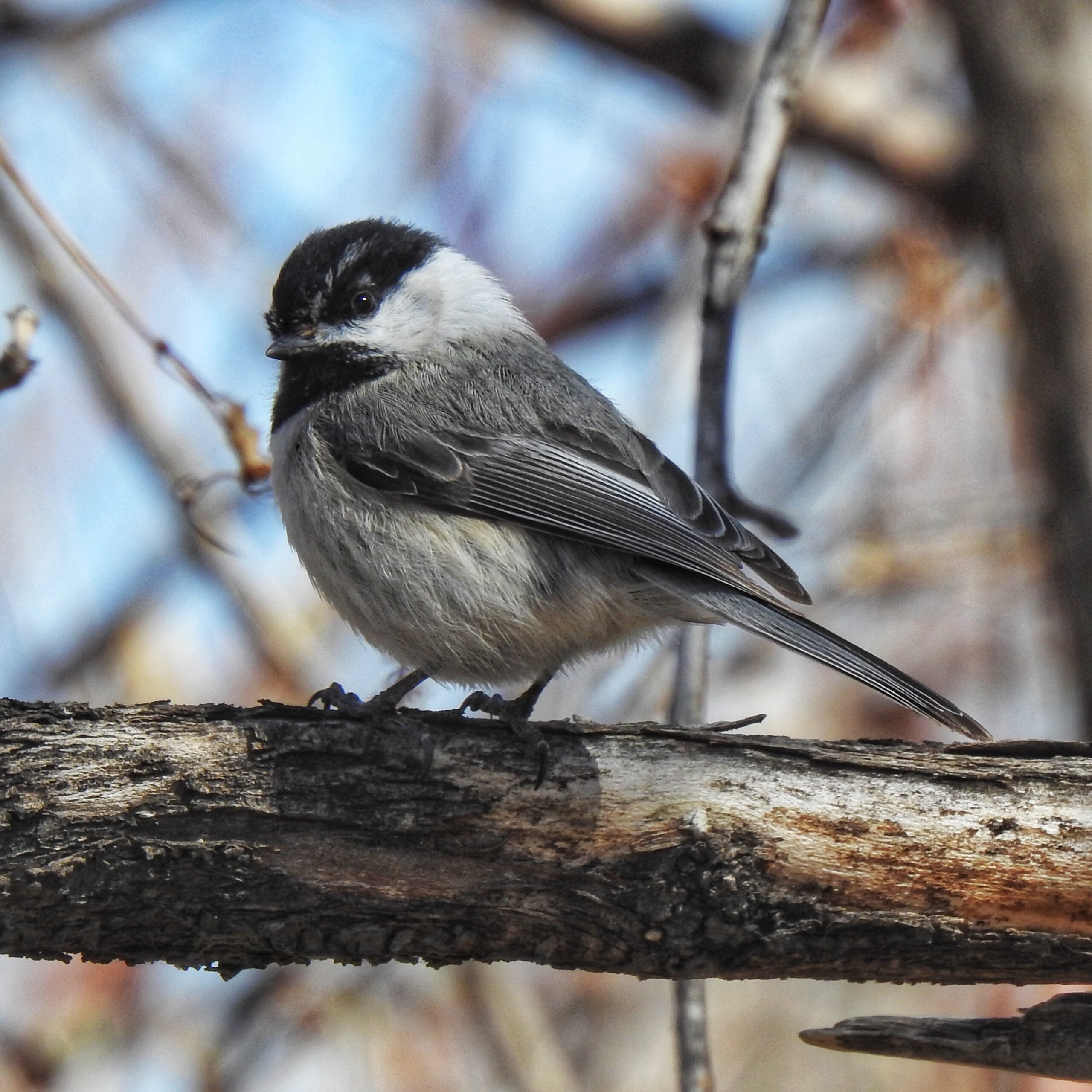 Greater Yellowlegs. There were two or three of these around everywhere I went in the park. I have no idea if there were several in the area, or if the ones I saw were the same ones that were following me around. 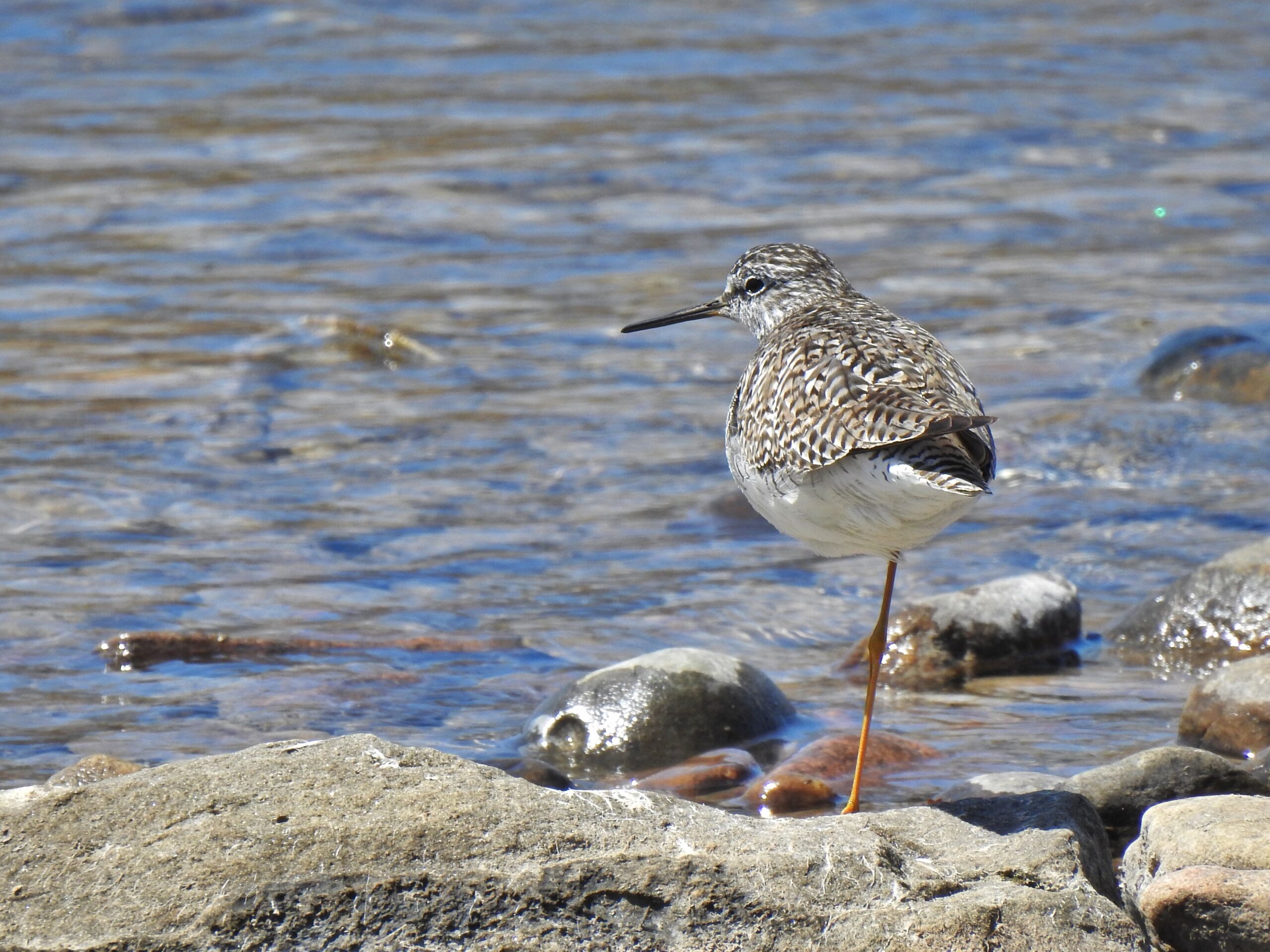 I stopped at Clear Spring Ranch on the way home. It was a lot less lively than it had been the day before, but there was a White-faced Ibis. 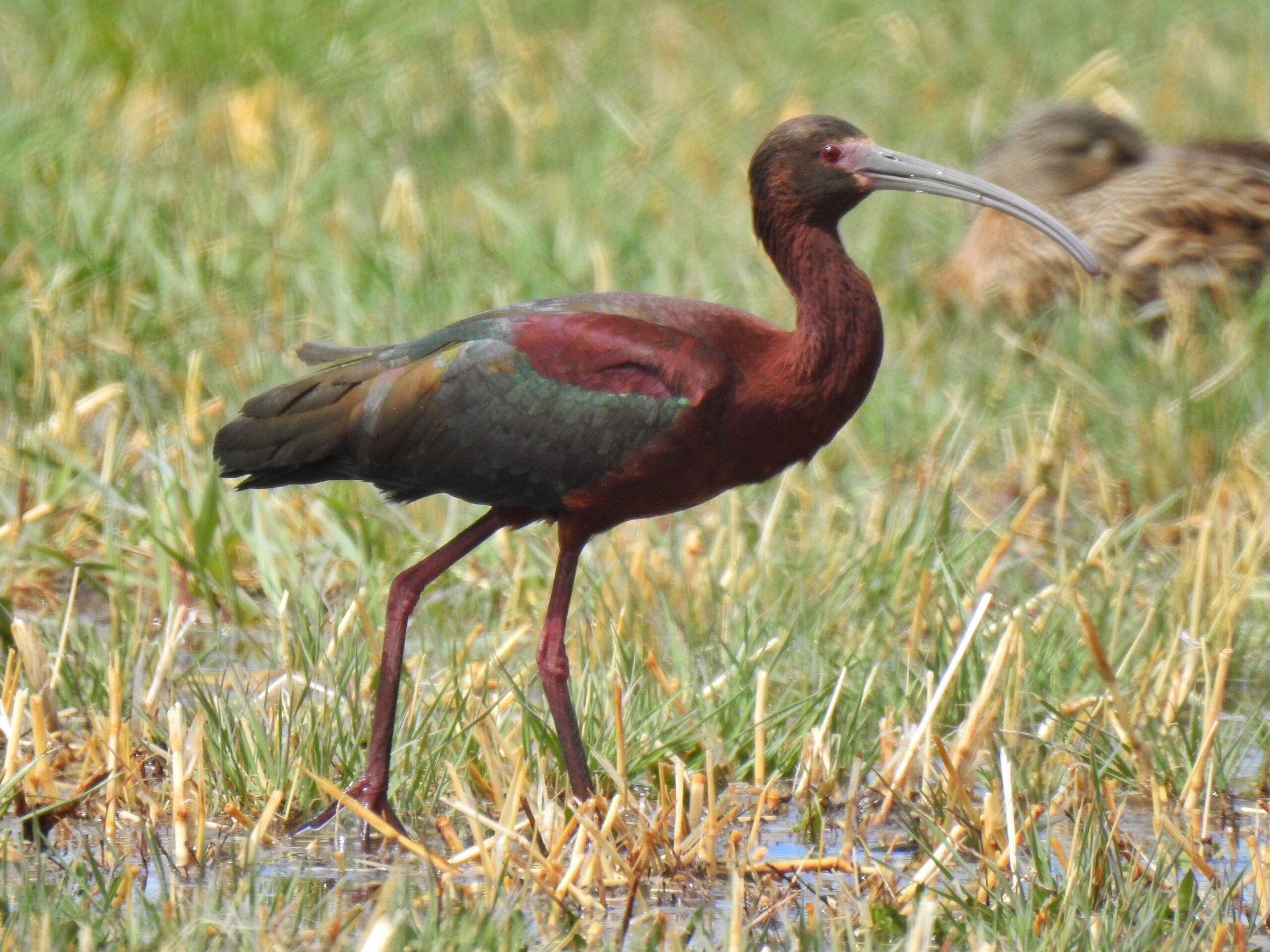 There were four dowitchers in the flooded field along the entrance road. I got what pictures I could and i.d.ed them as Long-billed. Some birders thought one of them might be a Short-billed, which would be fairly rare in the area. The two species are very tough to tell apart, so I’m waiting for further confirmation before I decide, but I know this is the bird in question. 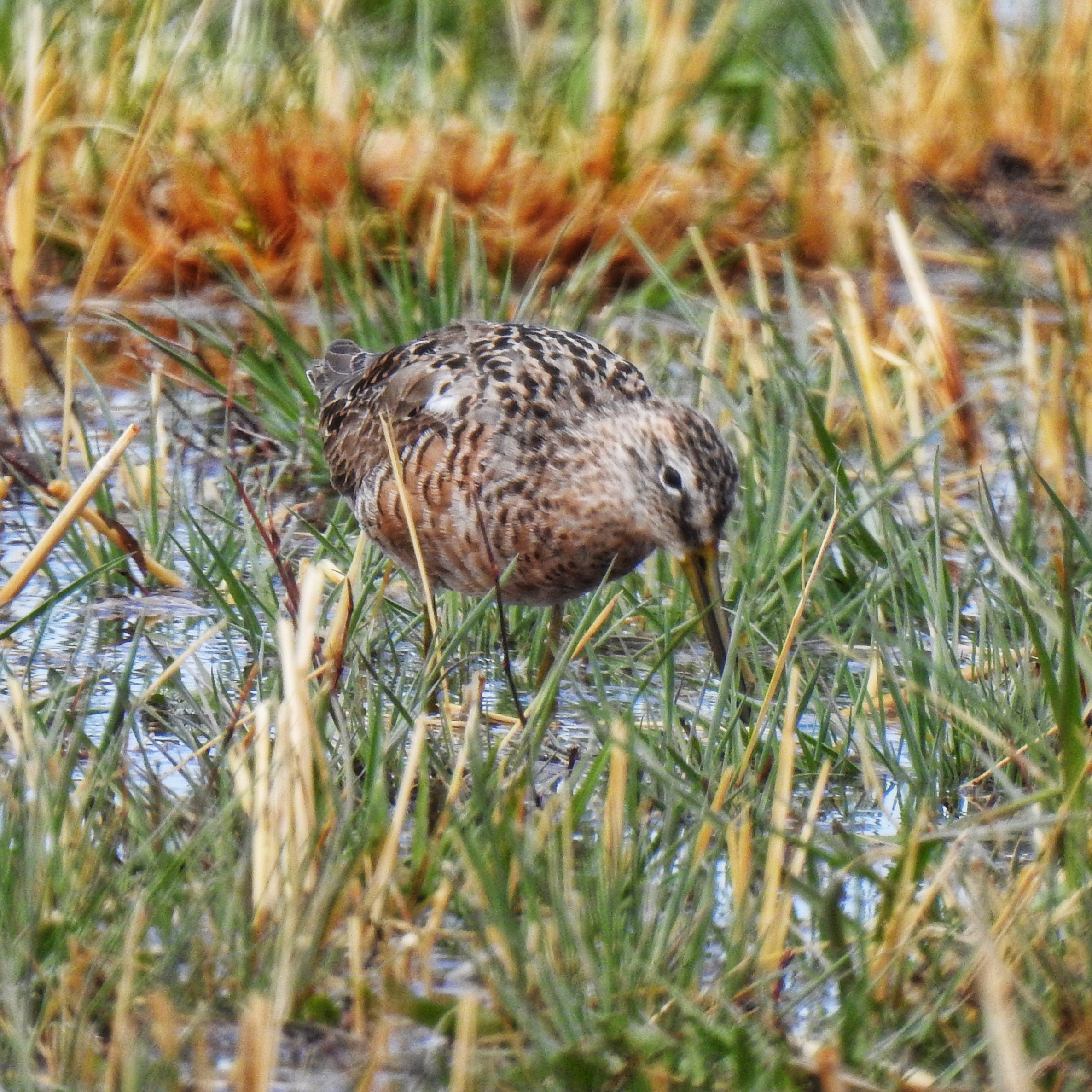 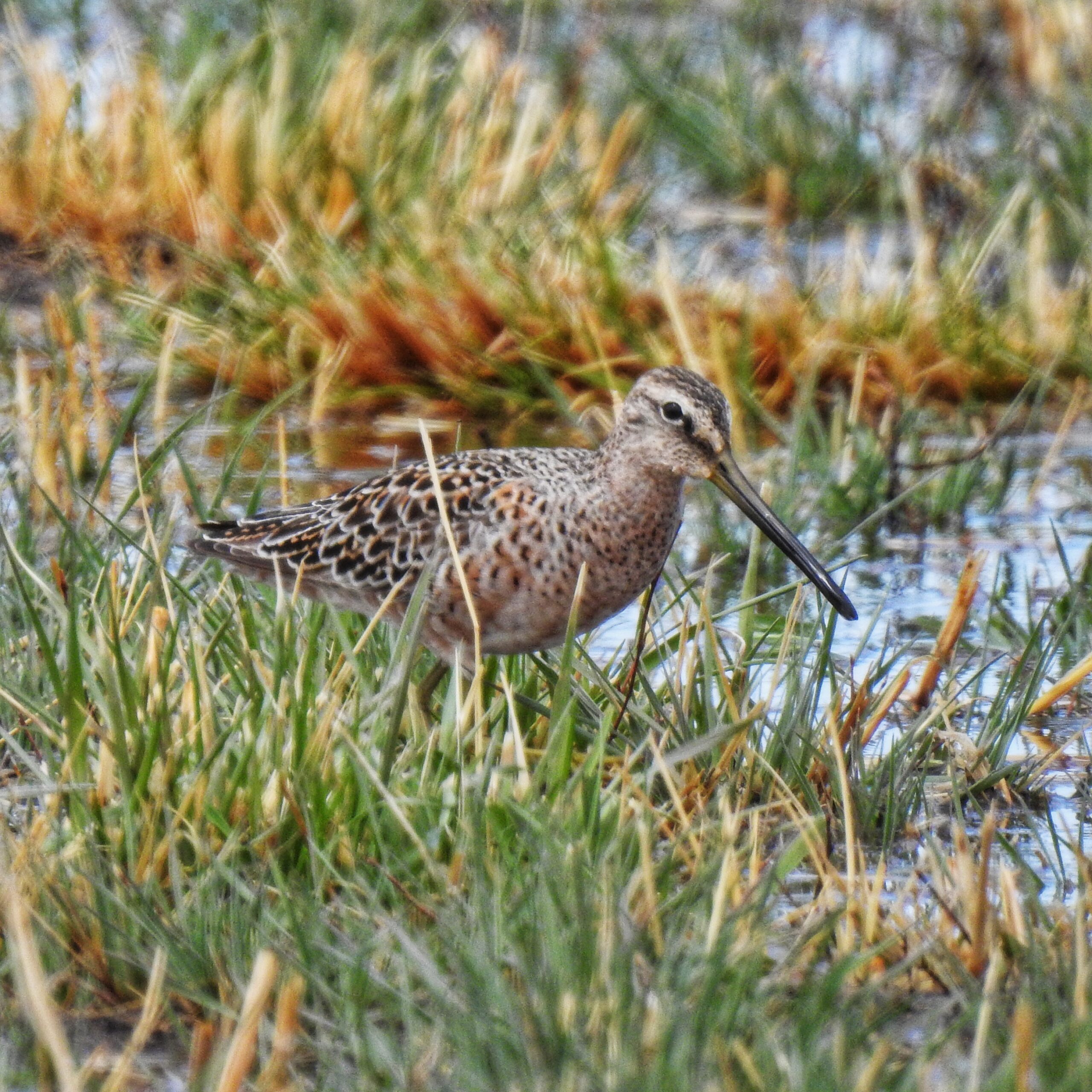