During the War of 1812, the Americans crossed the river and climbed the steep bluffs to surprise the British. They had success at first, but a counter-attack lead by Major General Sir Isaac Brock forced them back against the drop-off and forced them to surrender. Here’s the view from the heights looking across the river to New York. The cliffs on the Canadian side where we stood were just as steep. 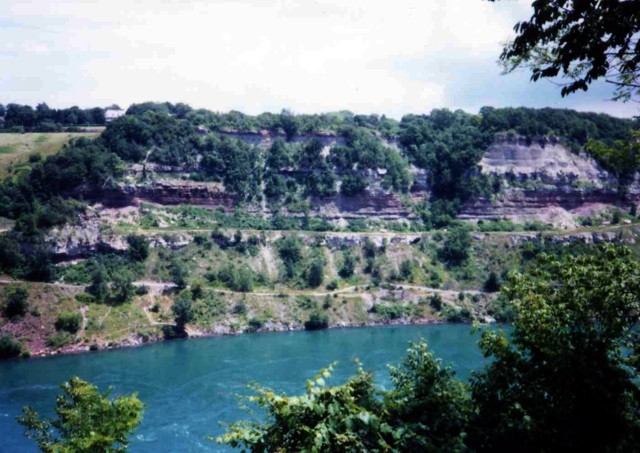 Here’s the redan, occupied by the Americans for a little while, where Brock was killed. 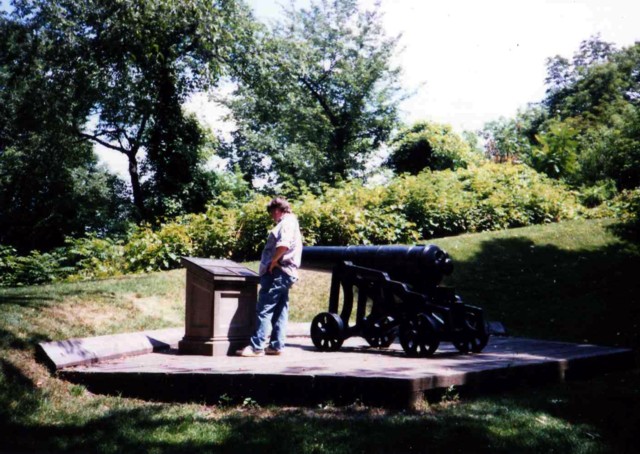 Unfortunately, we discovered that we could climb to the top of Brock’s Monument. There were 240 steps to the top and as my friend put it, “I have a new respect for the number 240.” 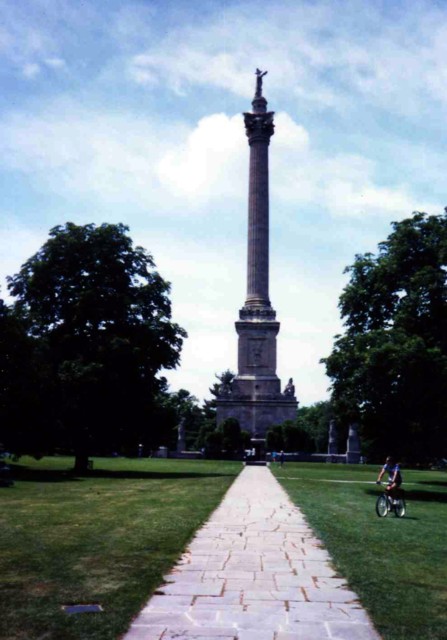 The stairway was very, very narrow, and the steps were very steep. In order to pass anybody who was coming down, I had to press myself back against the wall, and even then they had to gingerly scrape past.

And then we got to the top and saw the viewing platform. I suppose a moment’s thought would have warned us, but we didn’t think. It was tiny. Three people at most could fit at a time, and then only shoulder to shoulder — It might have been three feet in diameter. The four windows were the size of pie plates. We stayed about two minutes, then headed back down. On the way, we passed a group of about 20 people climbing up. We laughed, but we didn’t warn them. Hey, nobody warned us. It was our turn to pass on the inside of the stairwell where the steps were about two inches wide. I couldn’t help wondering, if I fell headlong, would I be able to stop myself before I got to the bottom?