I was birding along the loop trail on the first nice day after two weeks of cold-for-the-season weather. I had just come down off the kame, headed for the bog when I heard the unmistakeable sound of a snake in the grass. It was about six feet off the trail in the foot-high grass under a lot of oak trees. 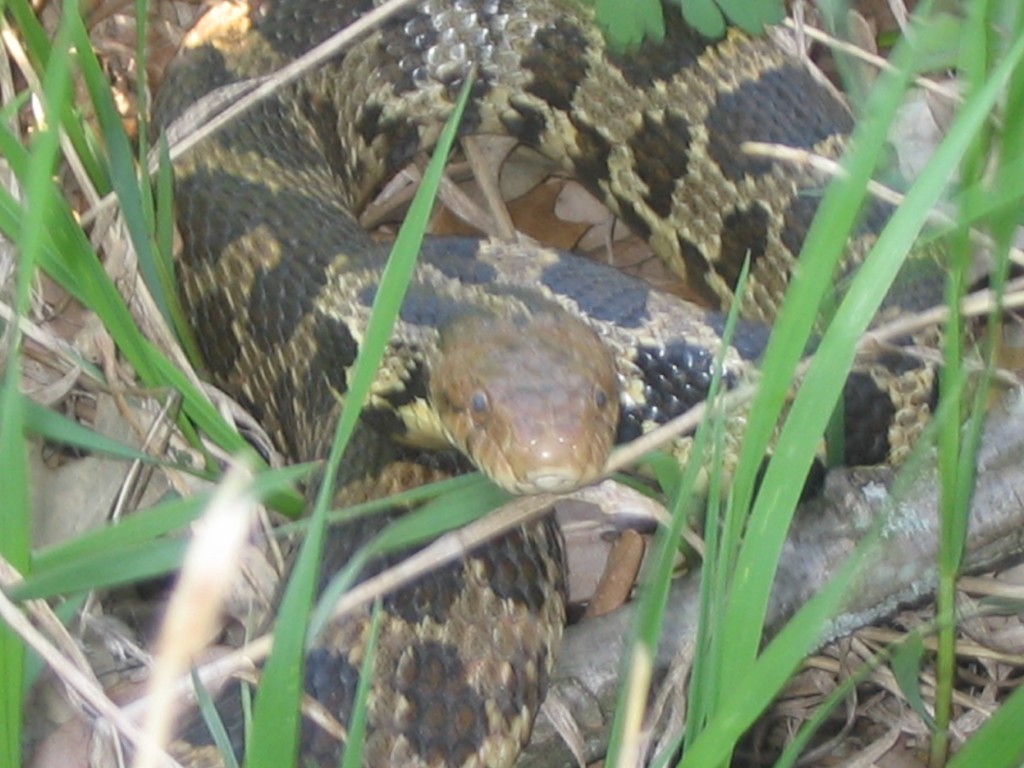 It was moving slowly, and when I stepped off the trail, it stopped. I walked around the base of the large tree it was near so I could get a good look at its head. I took some pictures while it stayed motionless. As I bent over to get closer, I heard a dry rattle that startled me for a second. I soon saw that it was vibrating its tail in the leaves. It did this repeatedly every few seconds. 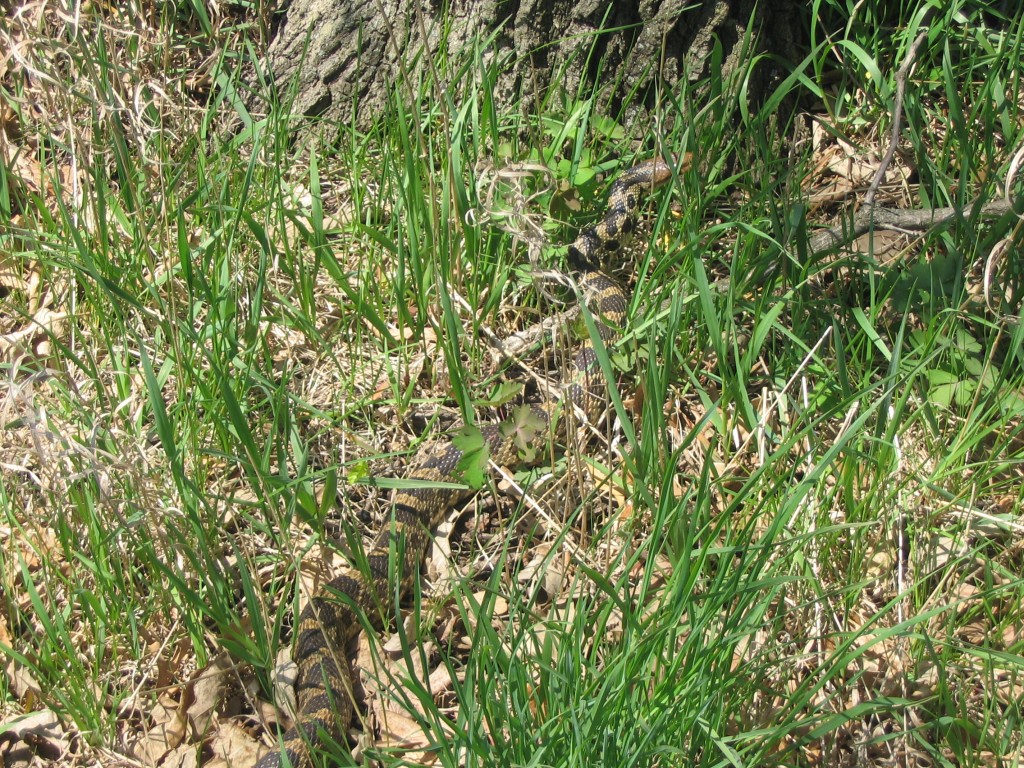 It happened to be lying on a stick. I picked up the other end to raise its head and get a better look. When I put the stick down, the snake stayed in the same position, with its head and about six inches of its length off the ground. 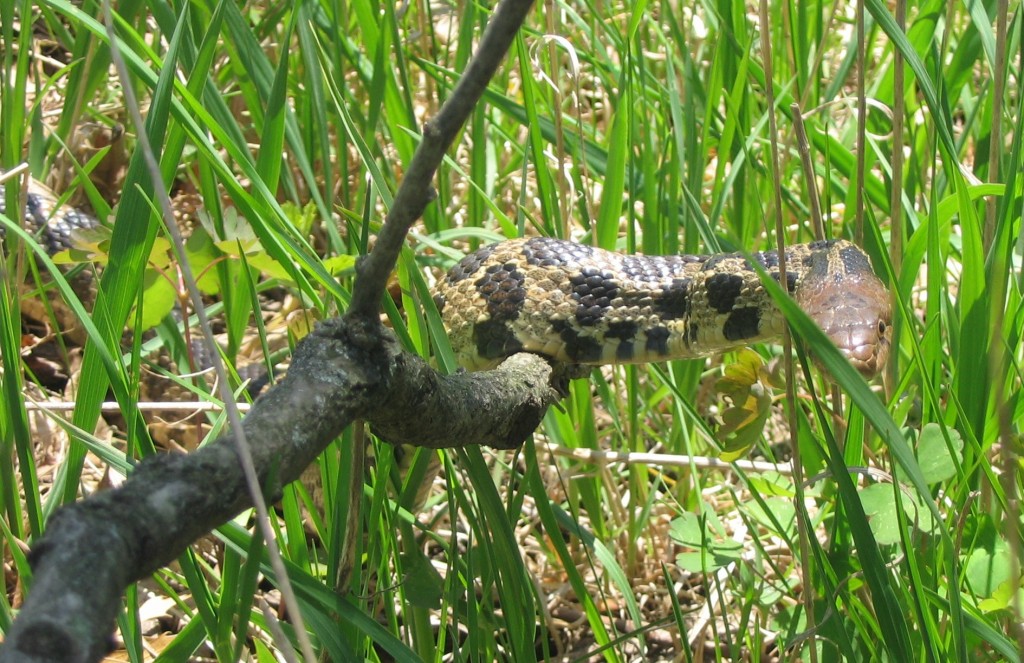 I walked around behind it to get a better look at the tail, and it crawled off around the oak, rattling as it went. I stepped forward to head it off, and it slowly coiled up the front third of its body. It never made an aggressive move toward me and remained rather sluggish the entire time I looked at it. As I walked back to the trail, I could hear it moving off through the leaves again.

It was about three feet long and maybe two inches wide at its thickest point. The head was an unpatterned olive yellow. The body was a dull yellow with brown marks.