I spotted this plaque while on a business trip in Canada. 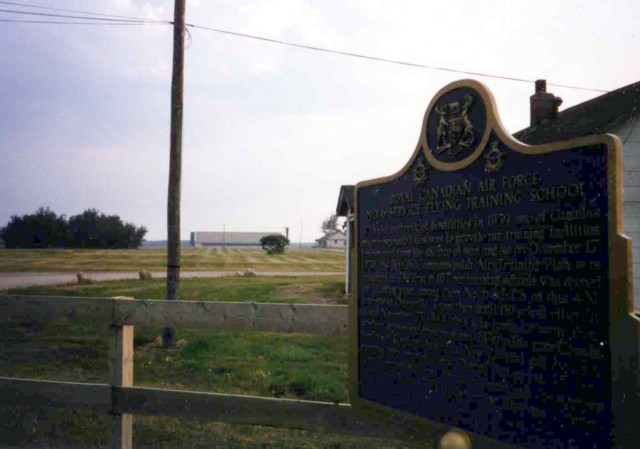 Royal Canadian Air Force No. 6 Service Flying Training School. With the outbreak of hostilities in 1939, one of Canada’s major responsibilities was to provide air training facilities far removed from the theatre of war and so on December 17, 1939 the British Commonwealth Air Training Plan was inaugurated. The first of 107 air training schools was opened the following year, among them No. 6 SFTS on this 400 acre site at Dunnville. From then until the school officially closed November 25, 1944 this was home for many thousands of airmen and airwomen and 2,436 pilots from Canada, the United Kingdom, Australia, New Zealand and the USA received their coveted wings. During that period 47 Canadian, Commonwealth and American airmen paid the supreme sacrifice at No. 6 SFTS while serving King and Country.

The barracks are still there, visible in the background of the photo. They are now the barns of a turkey farm.