I had a night to kill in Kansas City, Kauffman Stadium was right across the street from my hotel and the White Sox were in town. It was 103 degrees, but the humidity was around 60% and it really wasn’t as hot as it sounds. I walked across the interstate on the George Brett Bridge about an hour and a half before game time. I bought my ticket — $15 for first row of the upper deck right behind home plate, then walked around the outside of the park taking photos. 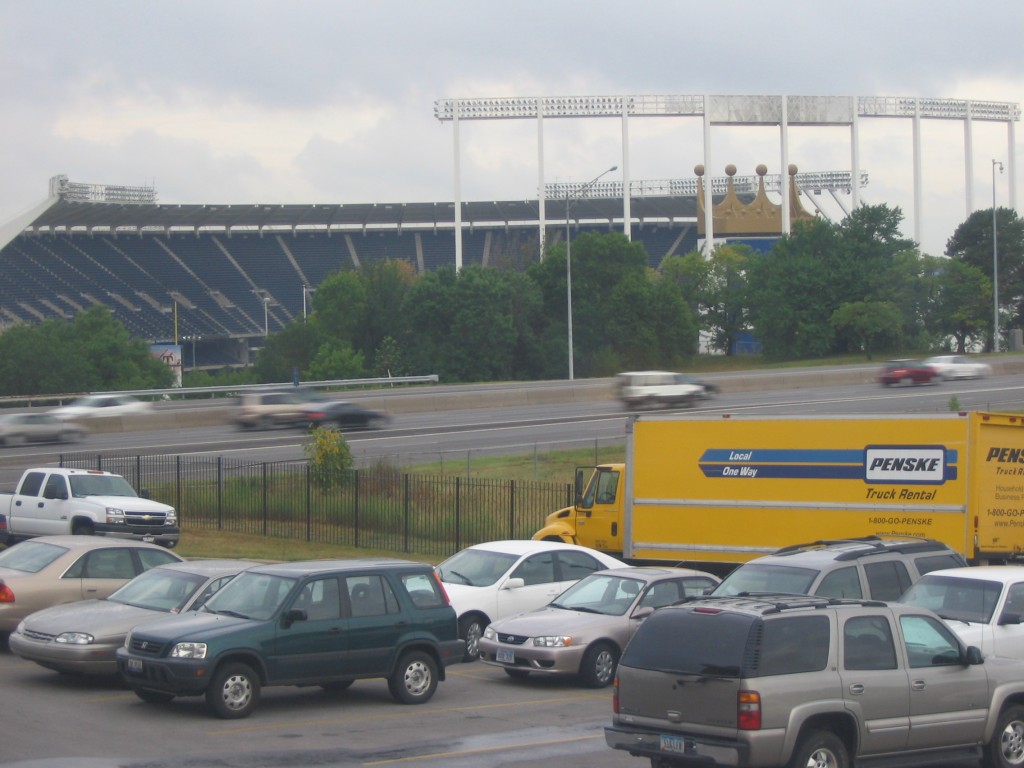 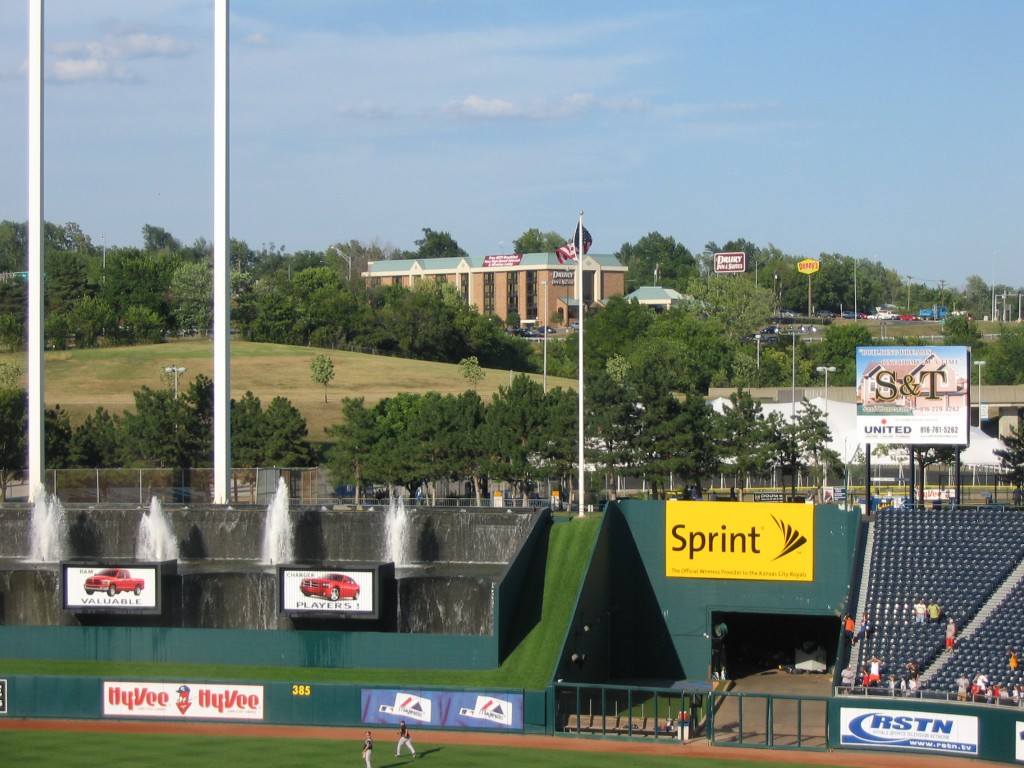 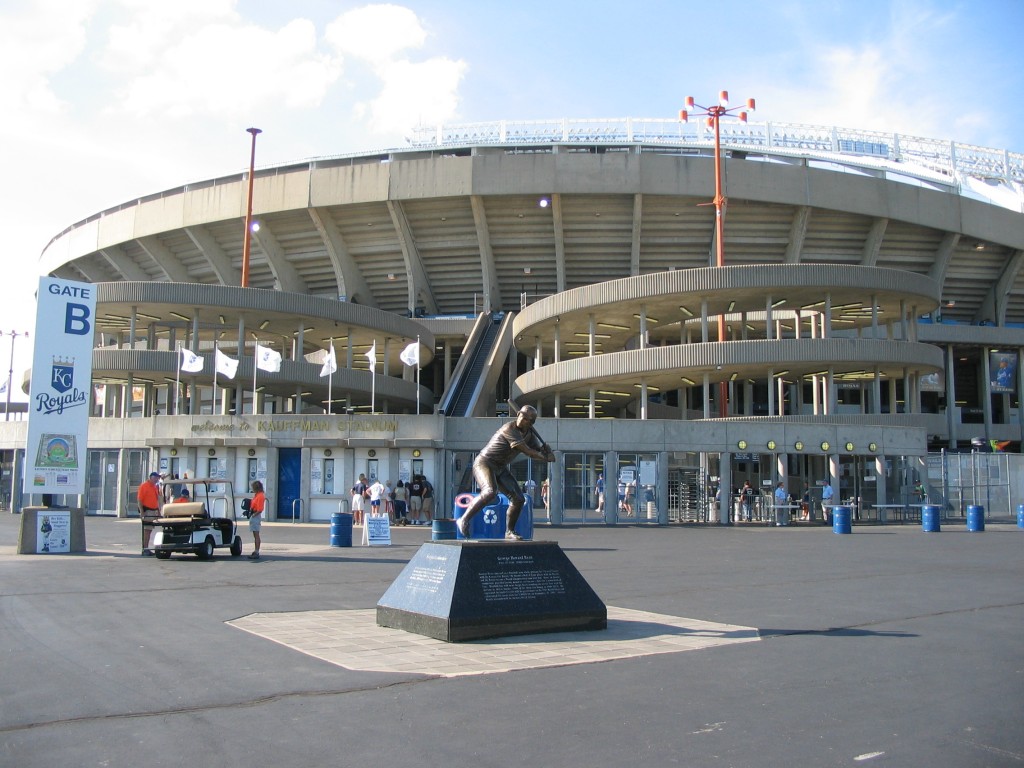 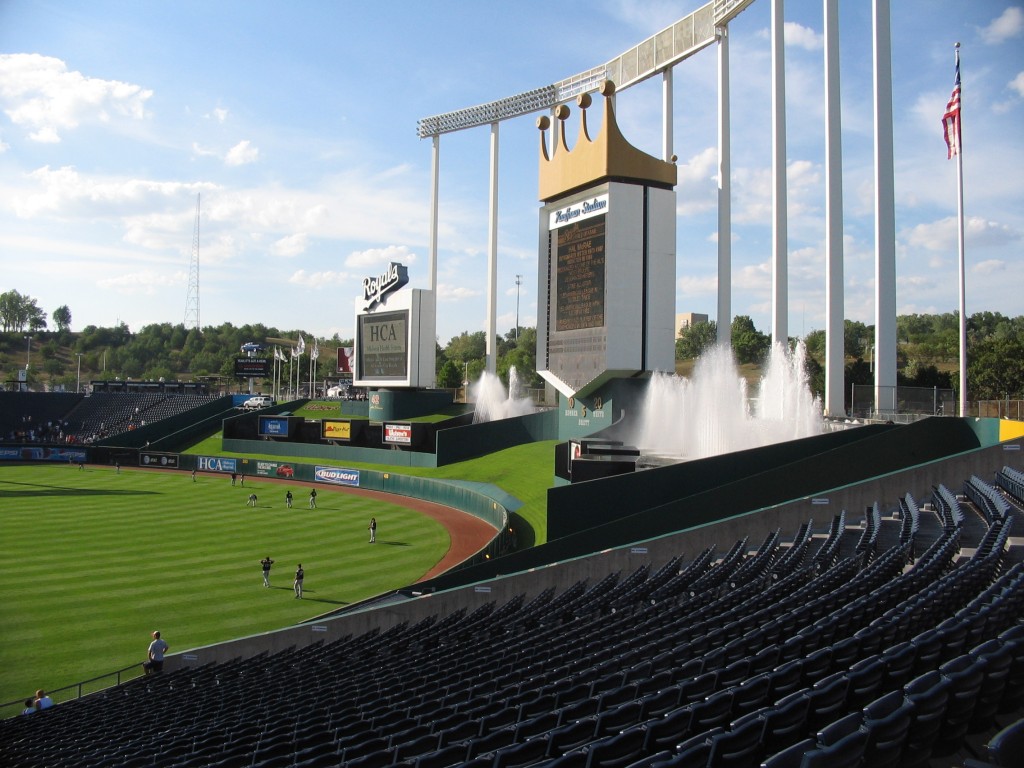 Then I entered and walked around the inside, doing the same thing. Finally, around 6:30, I bought a very spicy Polish sausage and found my seat.

There were just over 11,000 people at the game. The upper deck was empty except for the few sections right around where I was sitting. On my right was a kid who looked to be around 20. He was inoffensive enough, but for the entire game he kept up a steady stream of banter with his companion. For three hours, everything he said was a cliché, which became very annoying. 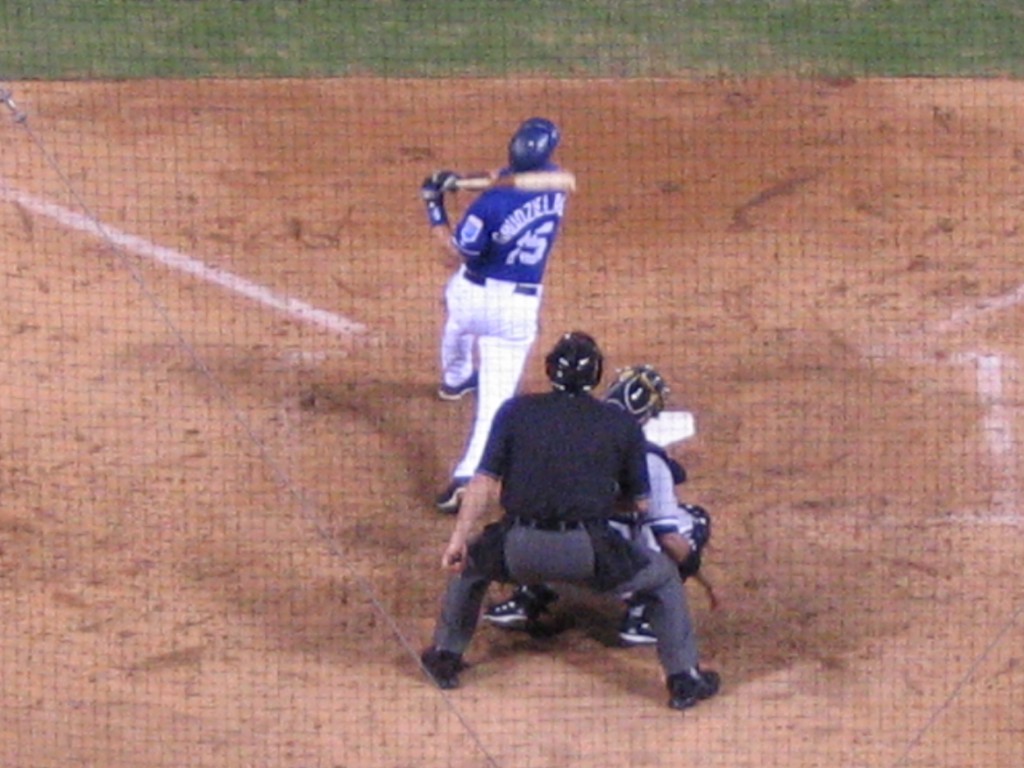 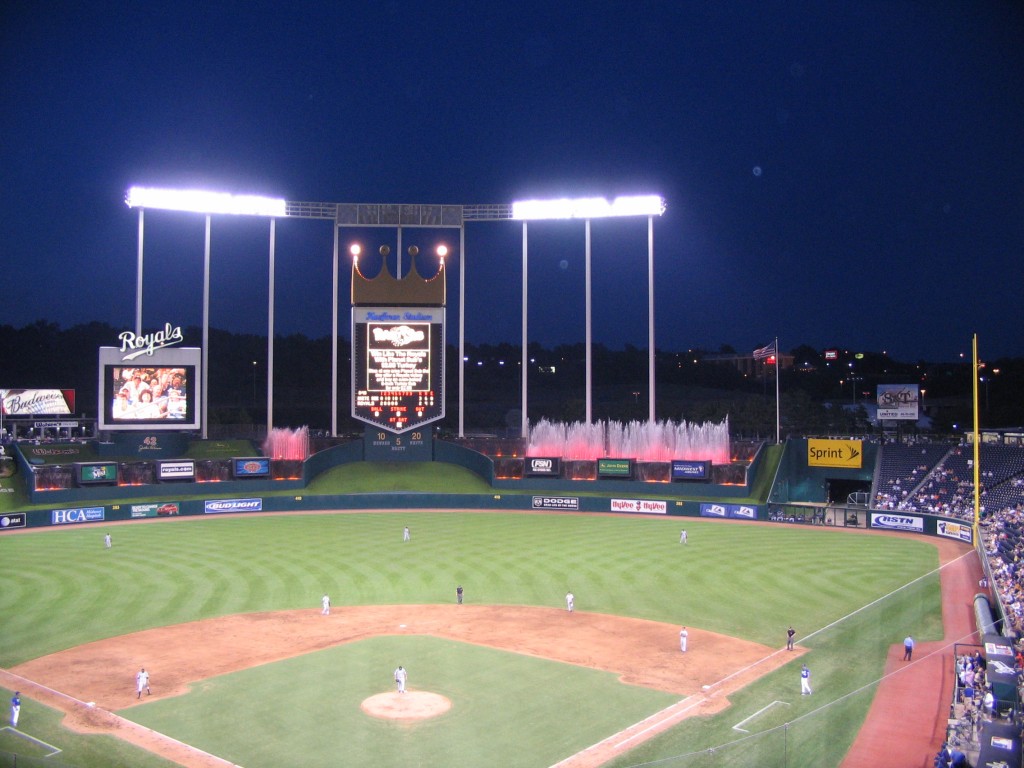 The game was pretty good. It went into extra innings before the Sox won it 7-5 in 10 innings. Joe Crede for the Sox and Reggie Sanders and Angel Berroa for the Royals hit home runs. 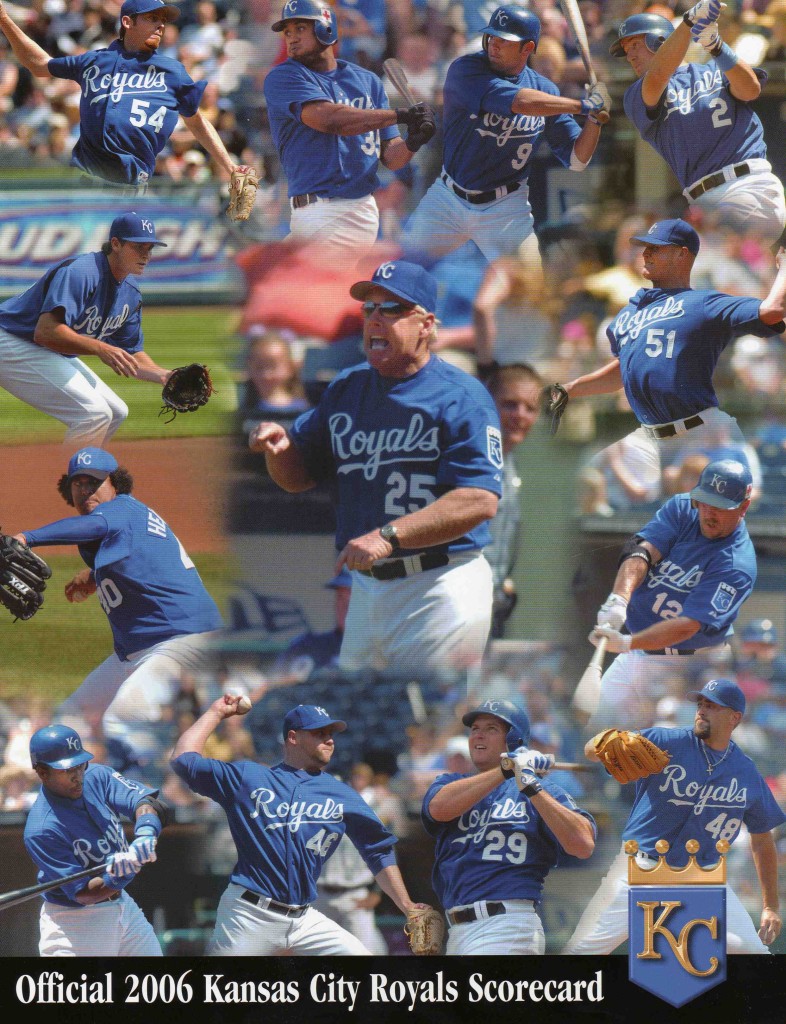 I loved the park, with the view beyond the outside walls of the interstate (and my motel) and the hills and the headquarters of the Fellowship of Christian Athletes. The scoreboard kept things lively and the water fountains are a great touch. There was stuff going on between almost every half inning. I was back in my hotel room 15 minutes after the final out. 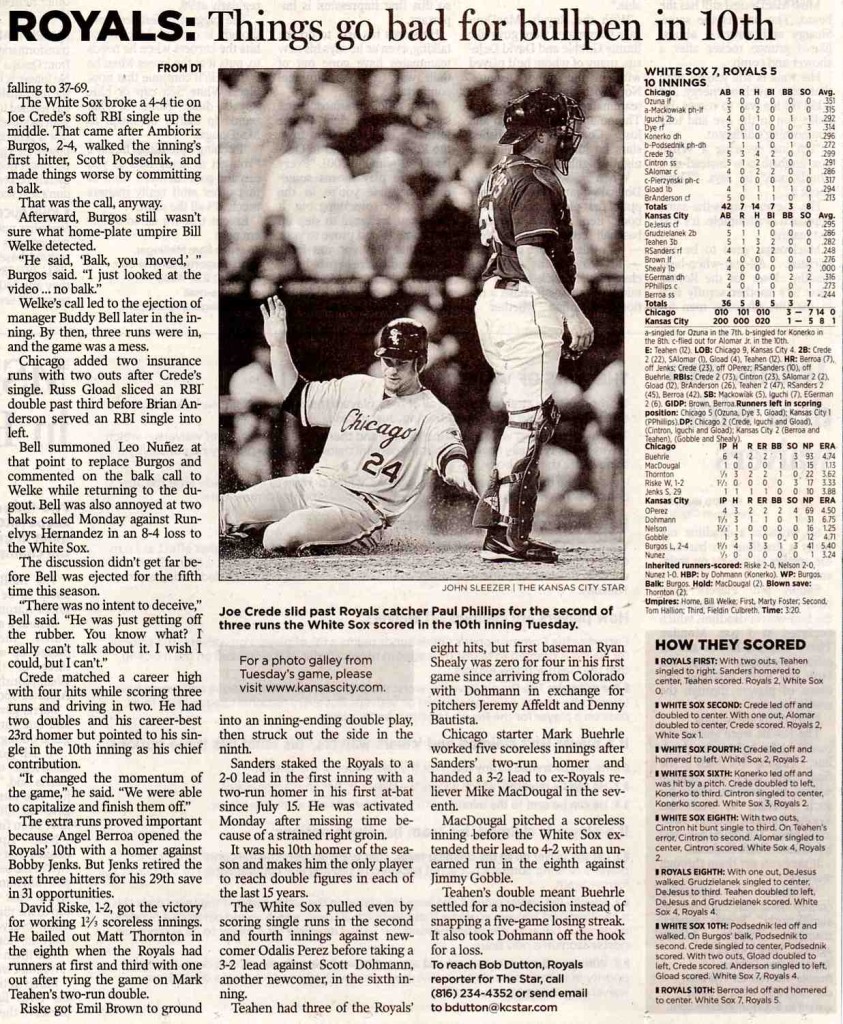 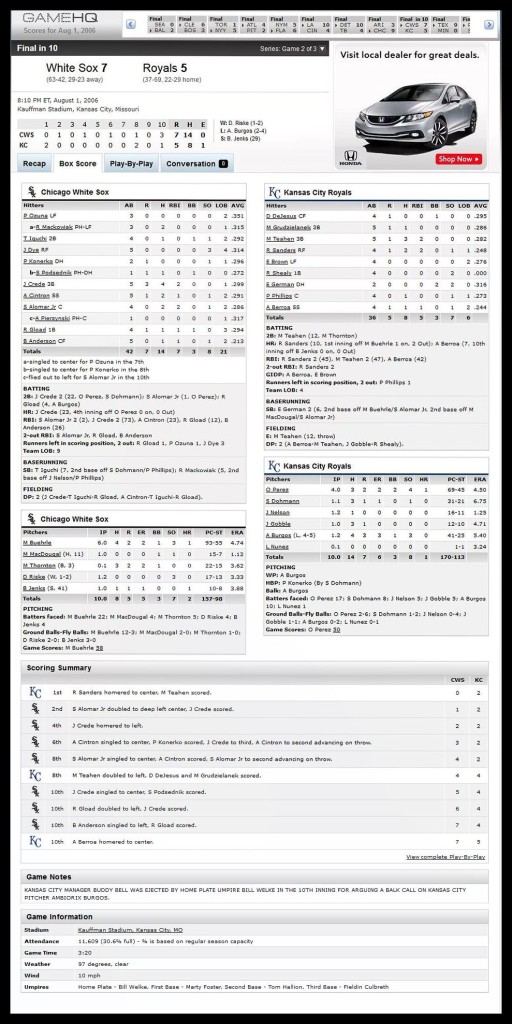