I had a second night to kill in Kansas City, my hotel was still across the interstate from Kauffman Stadium and the White Sox were still in town. And it was still hot — 104 this evening.

I walked over an hour and a half before game time and bought my ticket. I asked the lady in the ticket booth for a view box ($15, like the night before), but this time I asked to be down the first base line a little bit. I told her I wanted to spread out away from the crowd. She put me in my own section, halfway between home and first, and promised that she’d try hard not to sell any other tickets in the section — and she kept her promise. I sat four rows up so I could see over the railing. I had my own usher. (She came down every three innings to see how I was doing.) I bought and ate a bag of peanuts and waited for the game to begin. 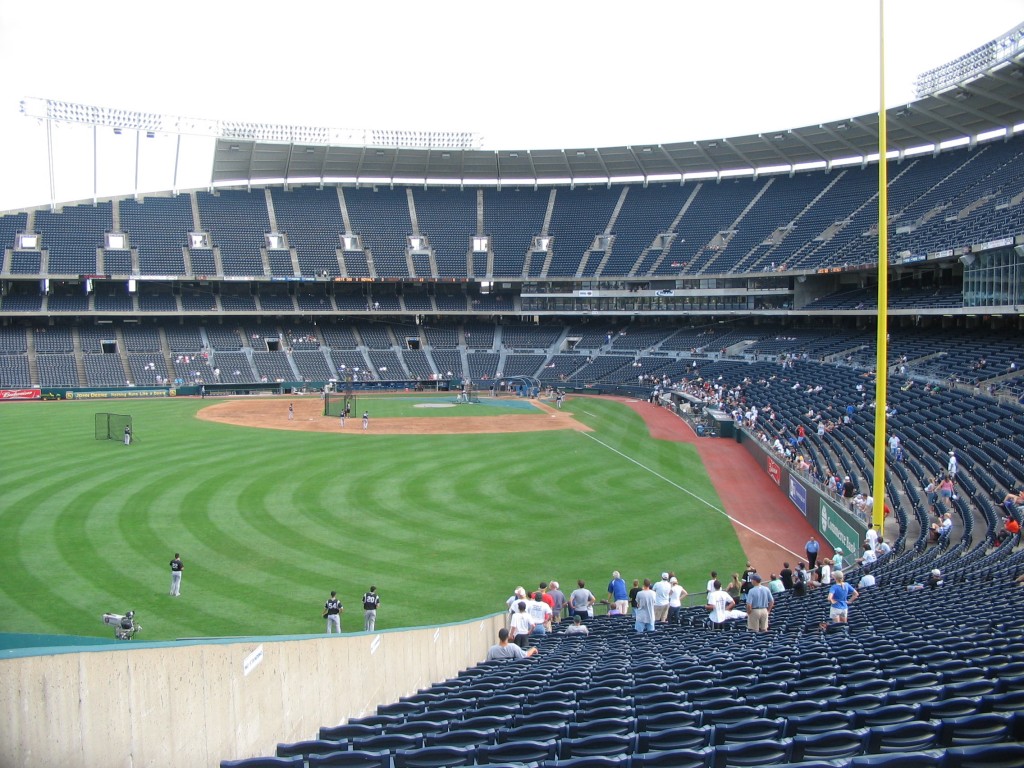 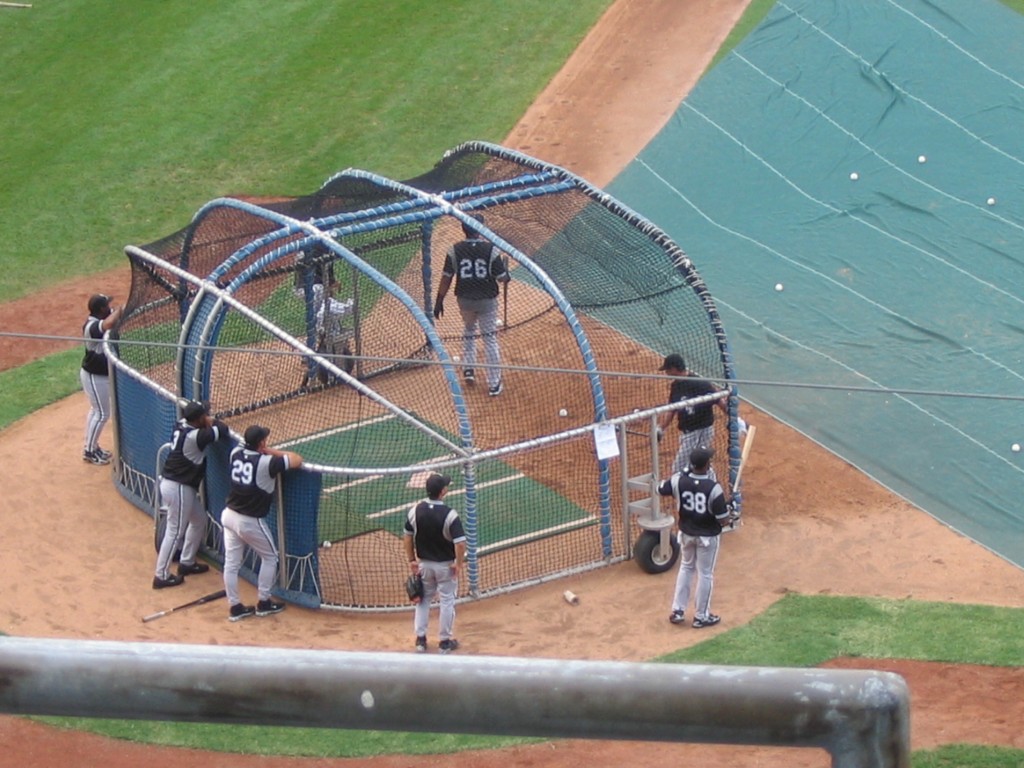 The White Sox played flat, with a couple errors and not many hits (although Jermaine Dye hit a two-run home run). Thome and Konerko were both out with minor injuries. I stretched out and thoroughly enjoyed myself. 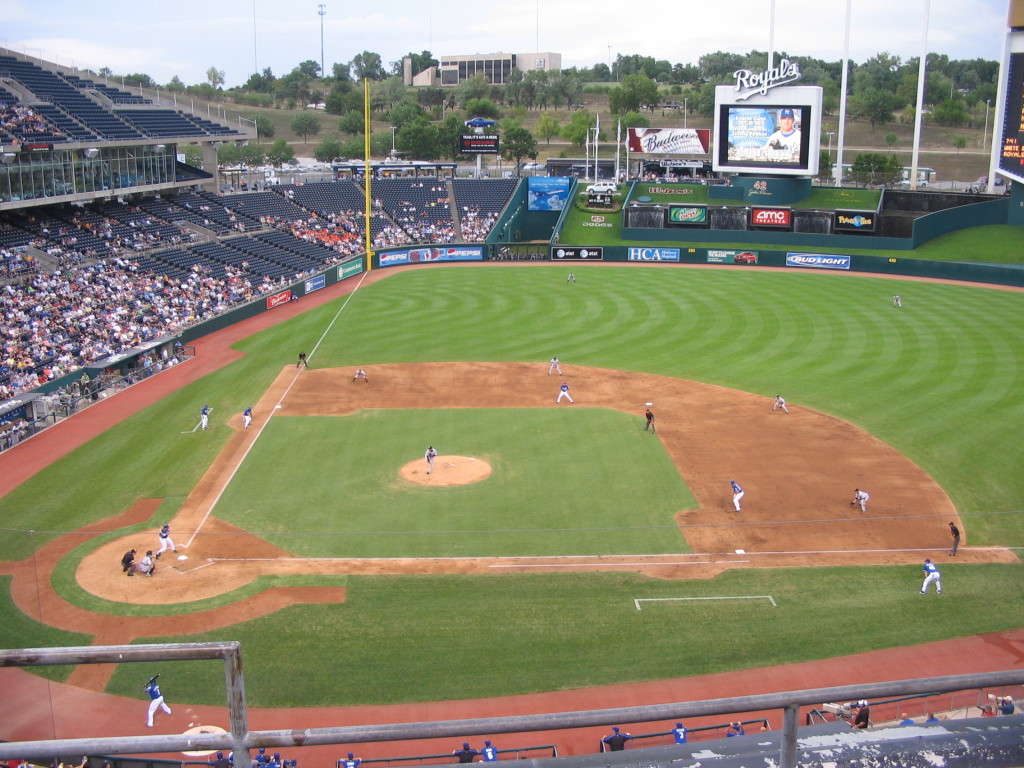 In the eighth inning, the wind suddenly kicked up as a storm approached. An usher walked through and advised everyone in the upper deck to move downstairs. I found a seat in the very back row of the grandstands, right below where I had been sitting. The rain started almost immediately, and the game was delayed with one out and one on in the bottom of the eighth. 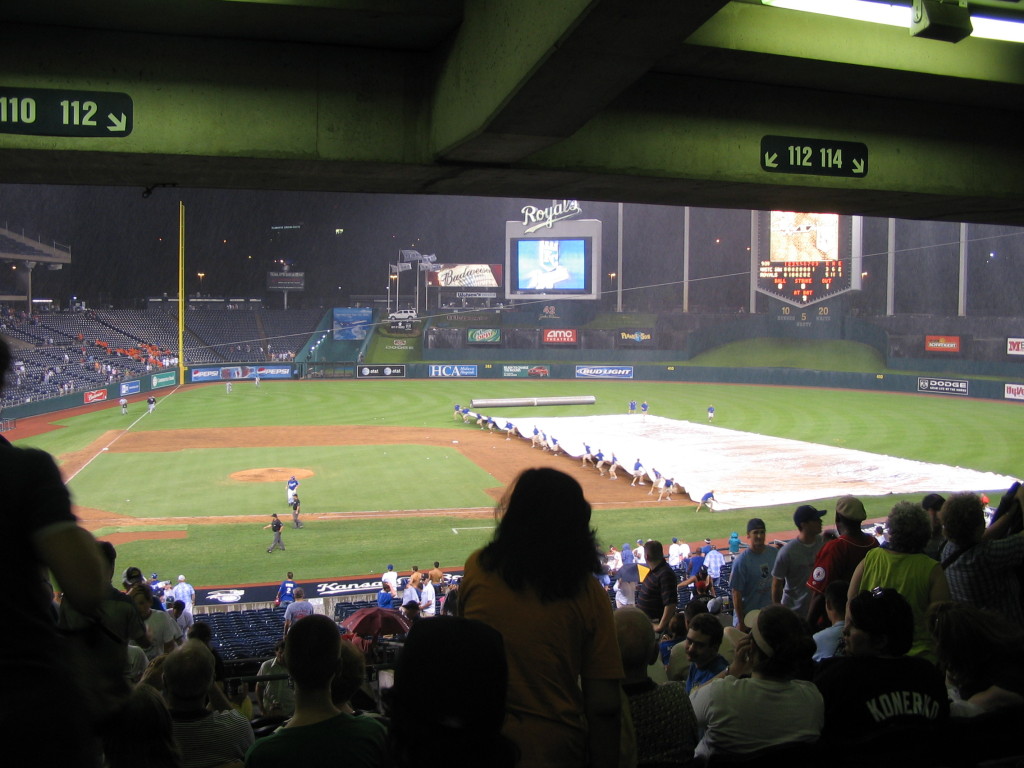 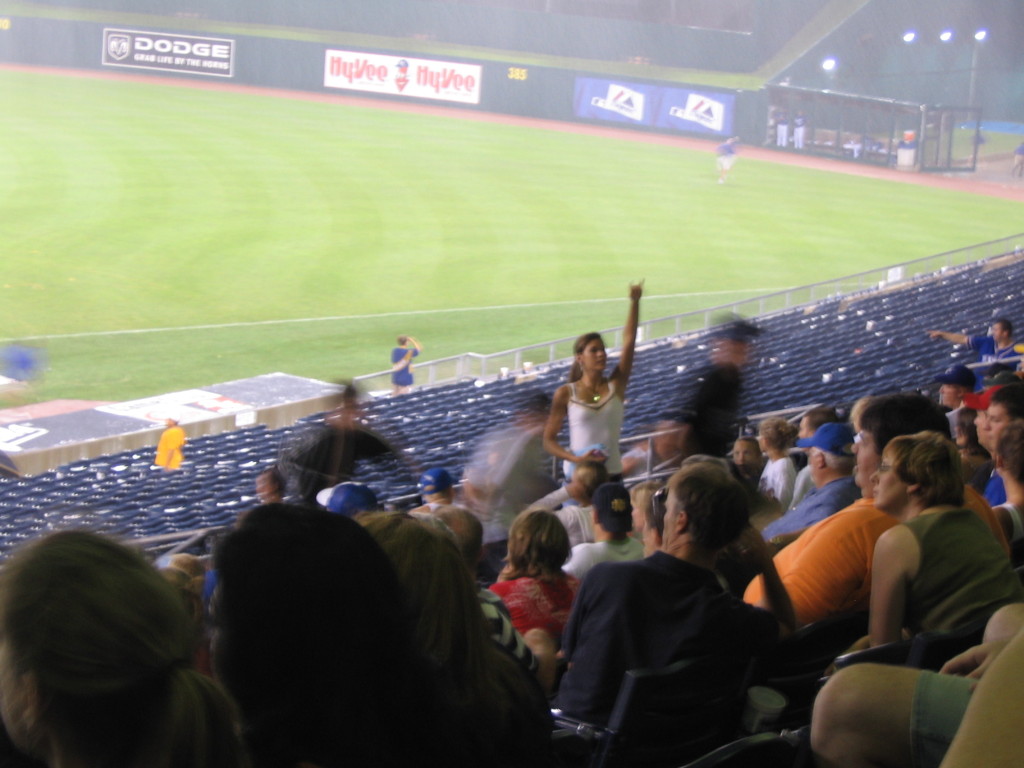 People left in droves. It was 9:45. I determined to stick it out until 10:30. I sat and watched the crowd. The rain let up, then hit again, let up, then hit again. There was lightning and thunder, although it didn’t seem particularly close. At 10:30, I wandered around, waiting for a break in the weather. Fifteen minutes later, I decided to go for it. I wrapped my cell phone, camera and other stuff in a plastic bag and ran. There was one huge burst of lightning right overhead, but I made it. (The rain delay lasted almost two hours, and the Royals won 7-3.) 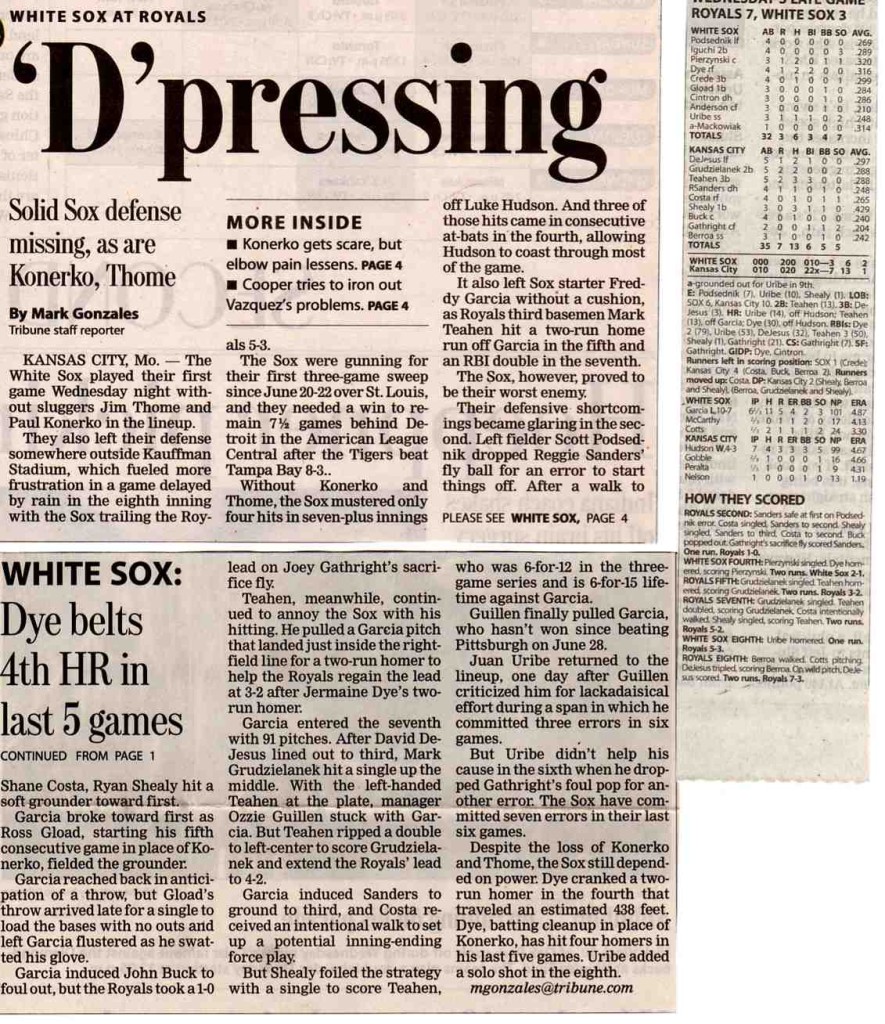 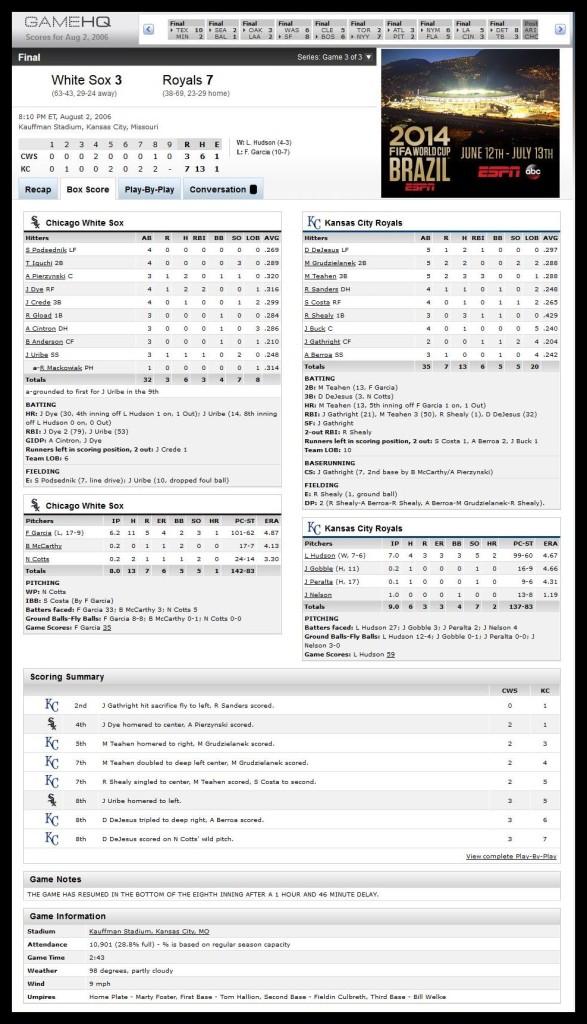