Our route home on Sunday took us within three blocks of this lighthouse. It was too early in the morning for tours, but we got out and wandered around for 10 minutes or so. 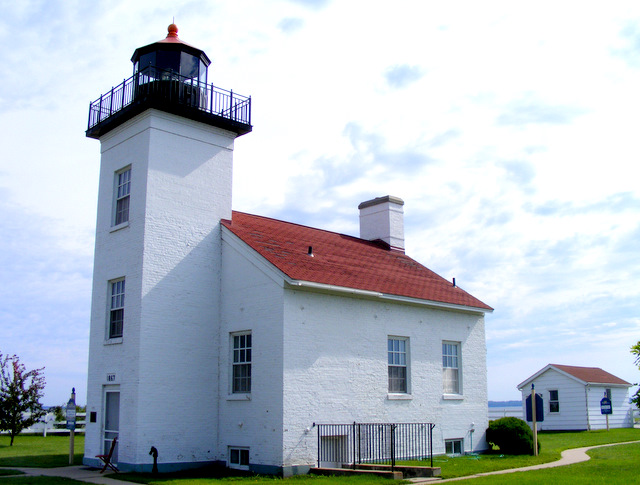 The lighthouse was built in 1868 and operated until 1939 when an offshore crib light went into service. The body of water in the background is Little Bay de Noc on Lake Michigan.

The lighthouse has a mysterious past. In 1868, a woman named Mary Terry was named keeper of the just-built lighthouse after her husband died of cancer. She was one of the first female lighthouse keepers in the United States. In March, 1886, a fire did a great deal of damage to the building and killed Mary. The plaque at the site reads:

“Many people thought that Mary Terry had been murdered, robbed, and the lighthouse set on fire. The south lighthouse door was open and the lock was found with the bolt shot forward as if the door had been forced open, not unlocked, and the fact that Mary was found in the oil room and not in her bedroom, led people to believe there was foul play. Deep snow made it impossible for fire fighters to reach the lighthouse before it was very badly damaged. Some people who knew Mary Terry found it hard to believe that this was an accident since she was so careful and efficient.” 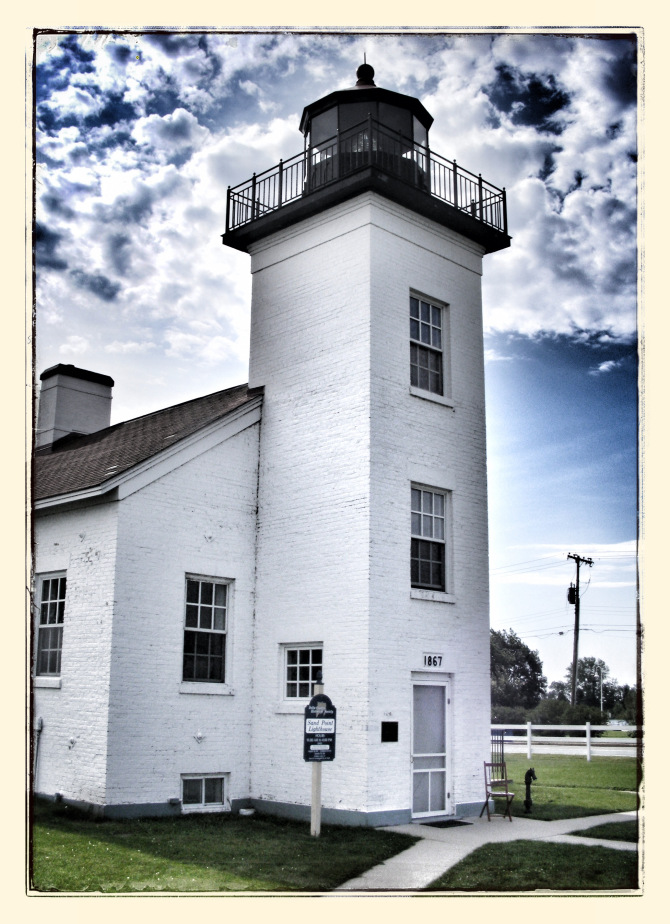 The boathouse next to the lighthouse was built on Squaw Point (on the far side of Little Bay de Noc) in 1897 and moved here in 1914 when the decision was made to no longer have a keeper at the Squaw Point Lighthouse. From then on, the keeper at Sand Point had to boat across the bay every evening and light the light at Squaw Point. 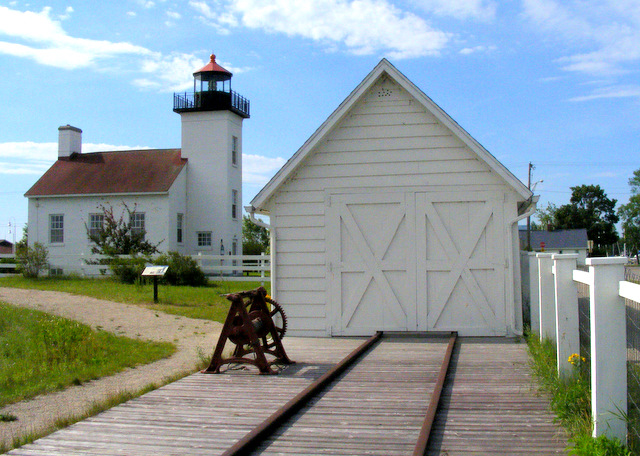 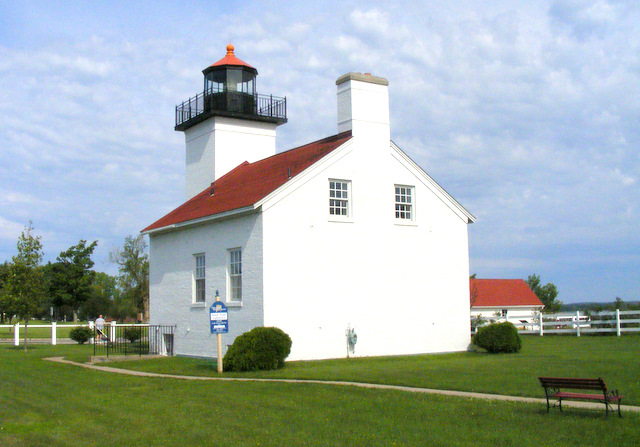 And that was it. As much as we wanted to, we couldn’t drag this vacation out any longer — except for lunch at Culver’s.