We drove from Fort Wayne to South Bend this morning. An hour before the South Bend White Sox game began, my friend went to the will-call window and got our free tickets that were left by Matt Donahue of the Cougars. 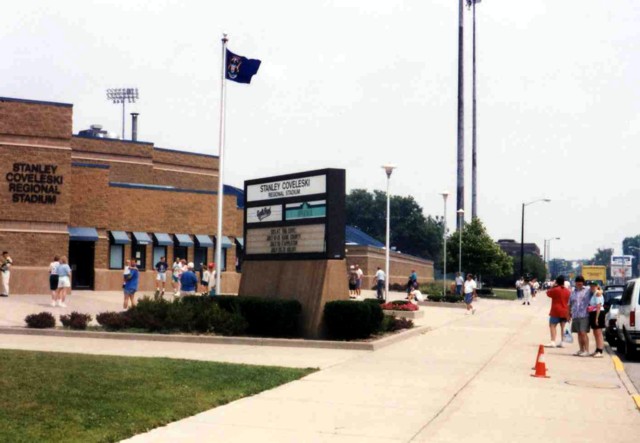 These seats weren’t hard benches way down the left-field line — they were box seats directly behind home plate. It was a very hot, humid day, and if I had been forced to sit in the sun, I might have died. But it just so happened that there were about 20 seats in the park that were in the shade, and we had six of them. It was still hot, but it could have been worse.

Stanley Coveleski Stadium was attractive, comfortable and perhaps the best Minor League stadium I’ve been in. The game wasn’t terribly exciting, but again, it was free. I figure you could get into any minor league game by approaching a member of the visiting team, telling him you were from the team’s home town and asking for passes. Or you could just bring my friend along.

During the game I wandered out to the grassy area that ringed the outfield. There weren’t a lot of people sitting on the grass, but I think it would be fun during a night game. 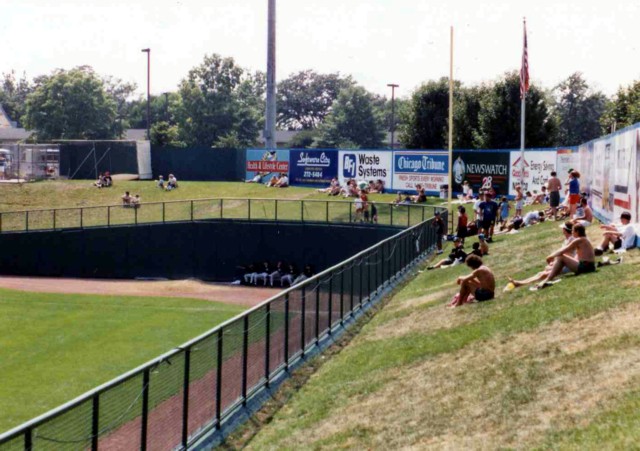 After the game, we went to Bonnie Doon, a popular South Bend ice-cream parlor. It was in a run-down neighborhood, but the ice cream was good and it was air conditioned. My friend performed one last bit of wizardry. A sign on the door advertised Pepsi for .05 with the purchase of food. He convinced the waitress that ice cream was food, so we got Pepsis. When we paid on the way out, the cashier disagreed, but My friend stood firm and we got our discount.