We drove to Philippi, West Virginia. We were hoping to see the famous Philippi Covered Bridge, used by both sides during the Civil War. But the original bridge burned down just three years ago, in 1989. A new bridge has been built on the same spot, using a few bits and pieces of the old one. We toured the tiny museum in a railroad depot, then wandered around the area. 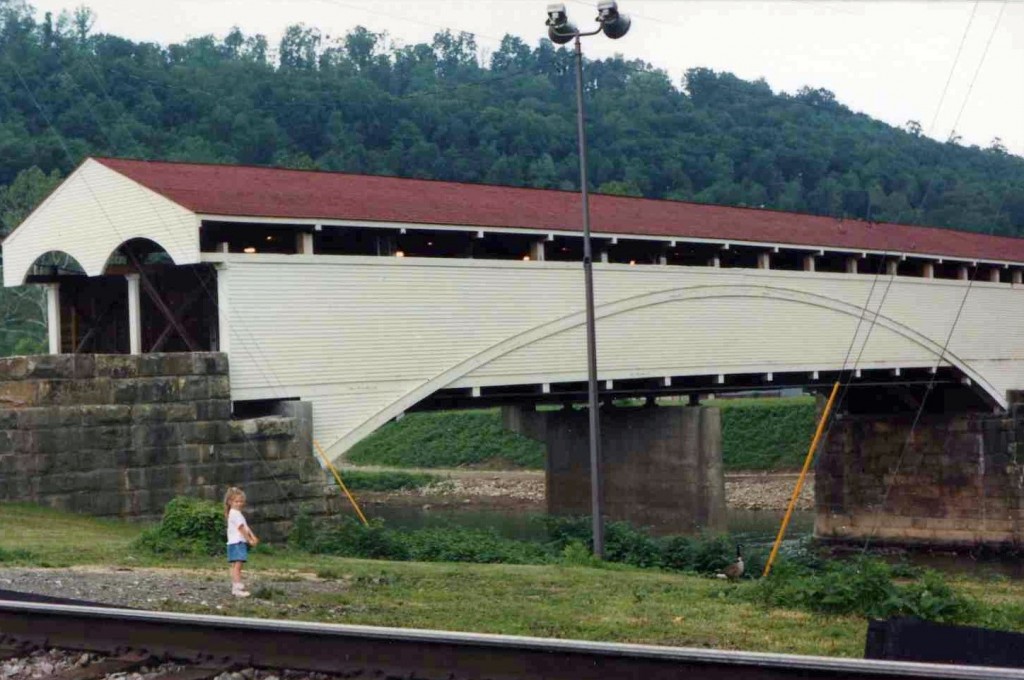 We drove around town and stopped to take photographs of this sign marking the first land battle of the Civil War. A small Union army under McClellan routed a much-small Confederate force on June 3, 1861. There were very few casualties, and the battle meant nothing — except that somehow it vaulted McClellan to prominence and got him elected commander of the main Union Army. 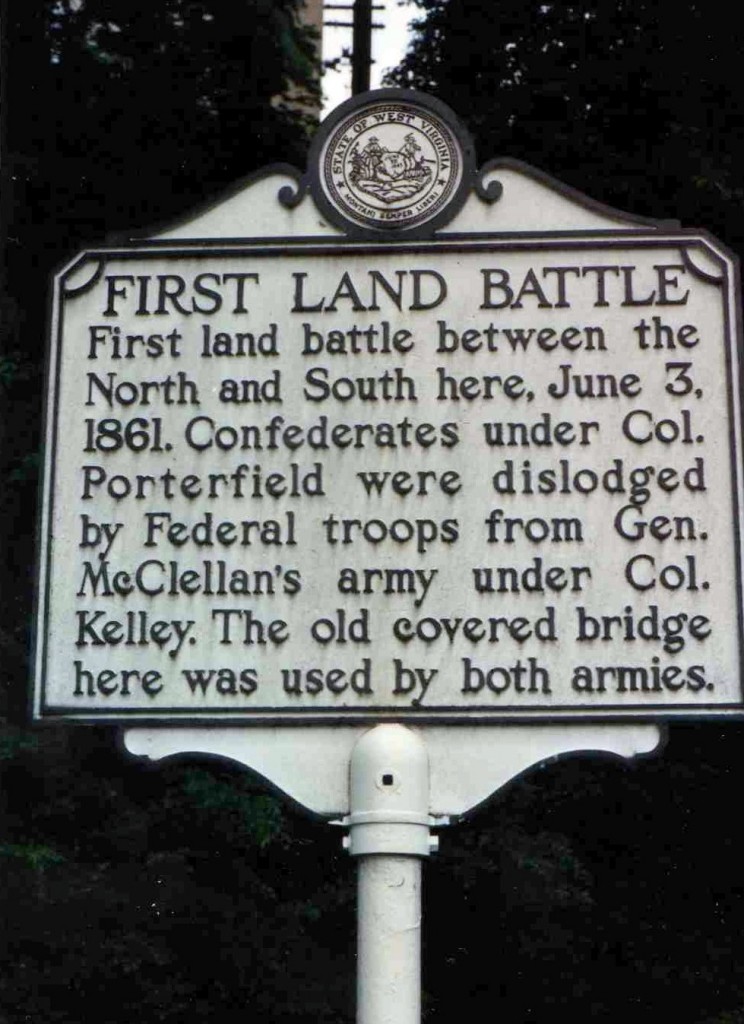 This entry was posted in Battlefields, Interesting Buildings. Bookmark the permalink.