There is snow on the ground, and no birds of note have been reported around the state recently, so I opted for the Fountain area.

I saw 35 species at Fountain Creek, but nothing of real note. 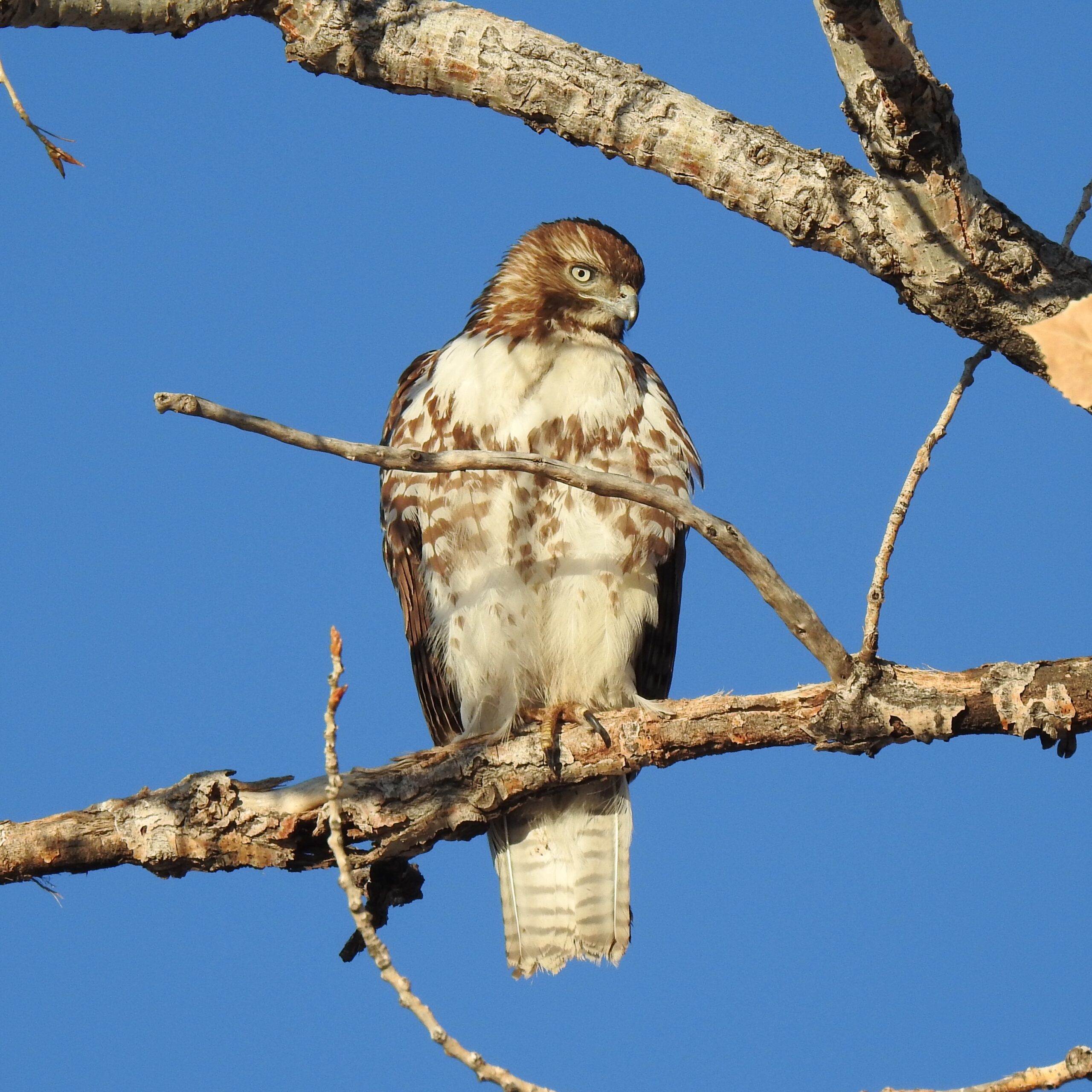 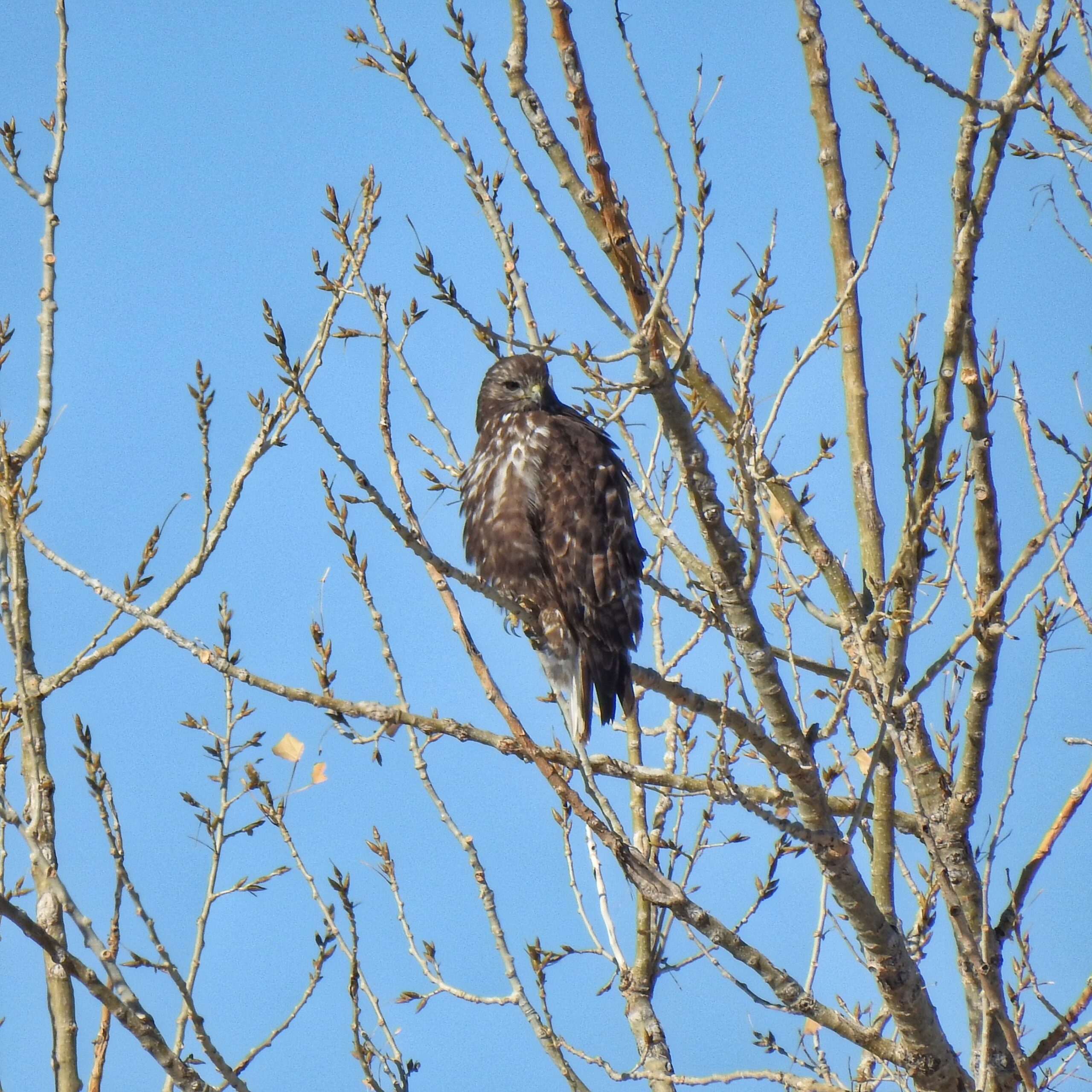 I drove east on Squirrel Creek Road, then south on Peyton Highway, and then back west on Hanover Road, with a few excursions down some other likely-looking roads in that area. 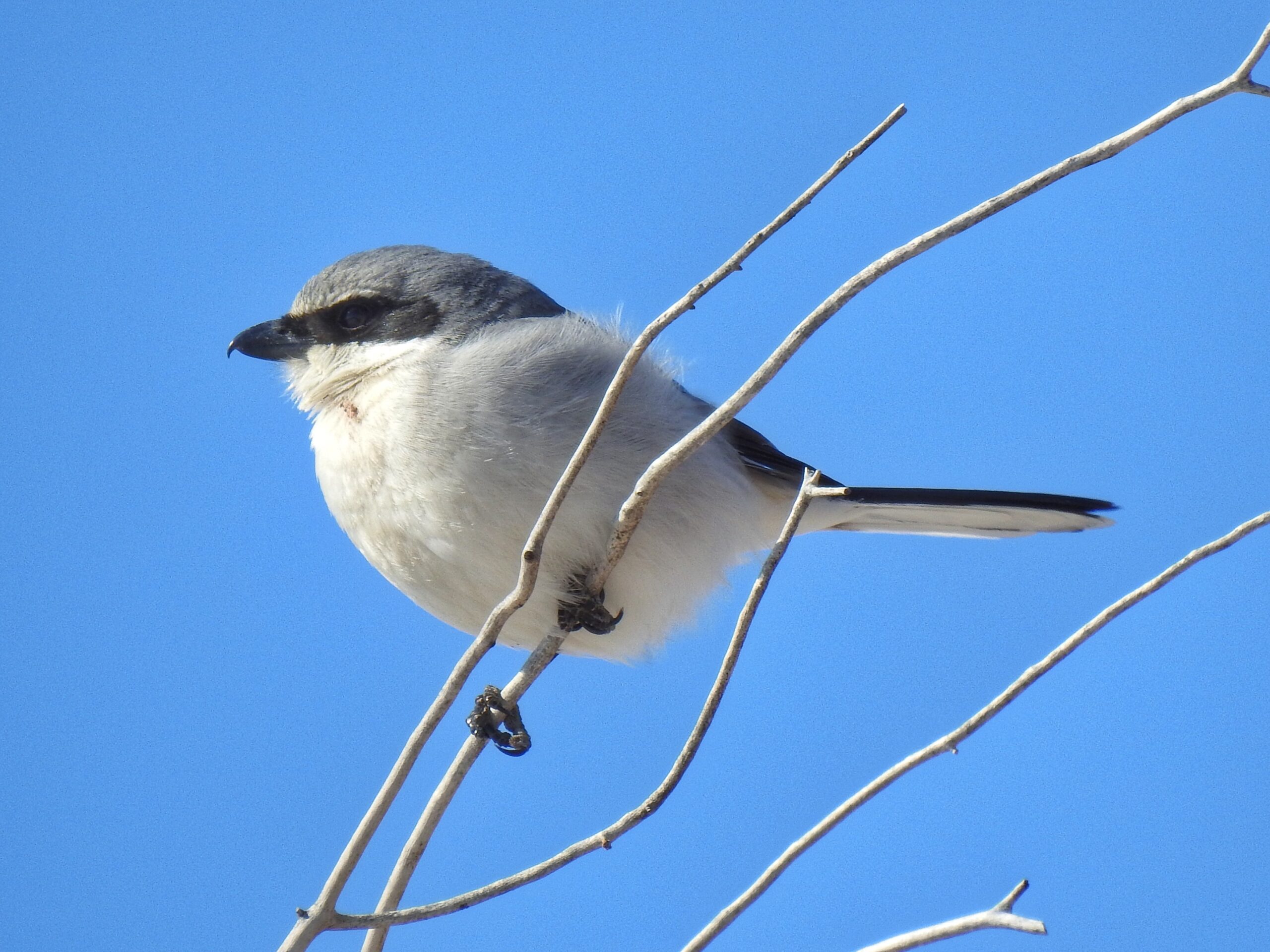 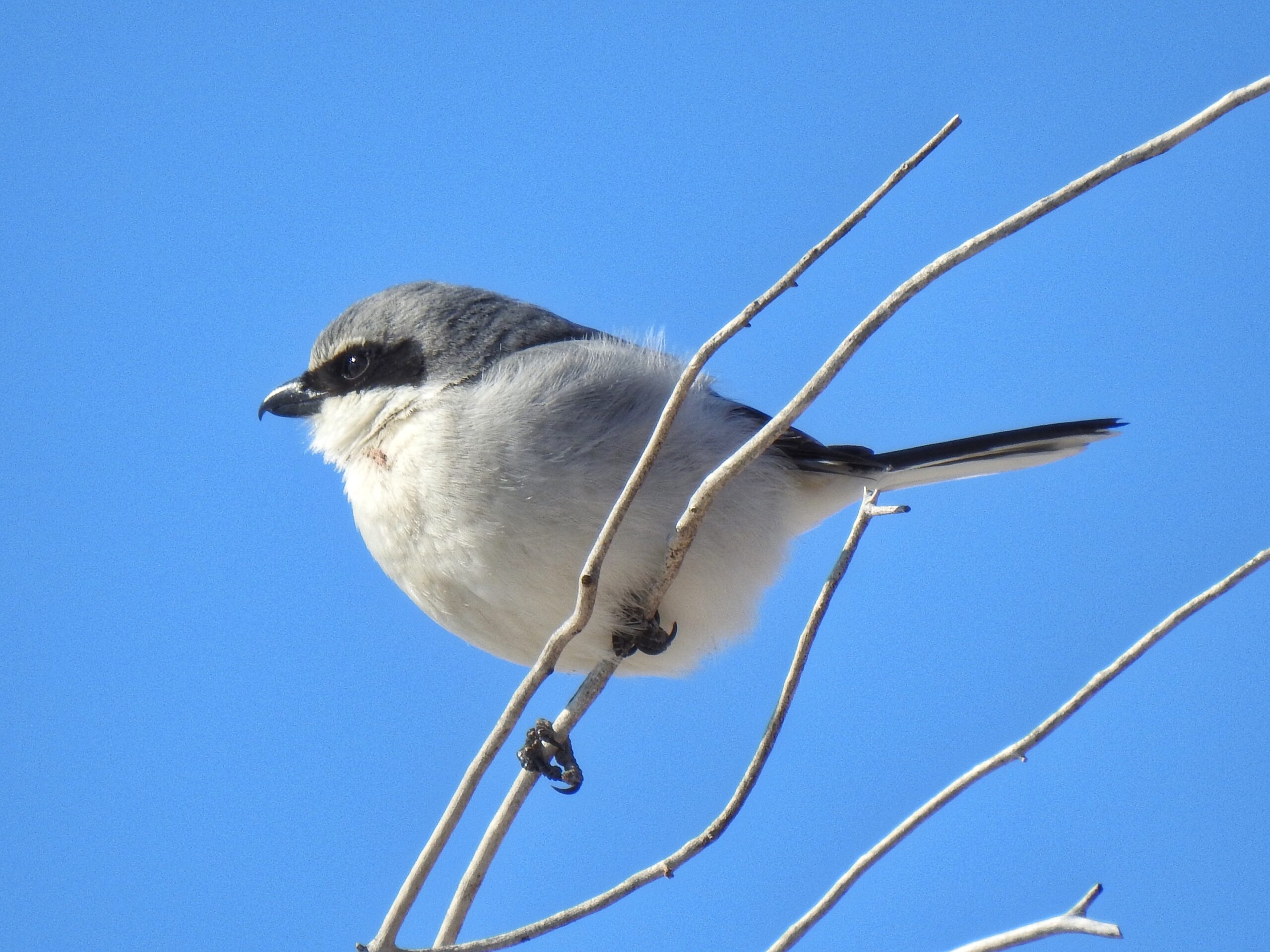 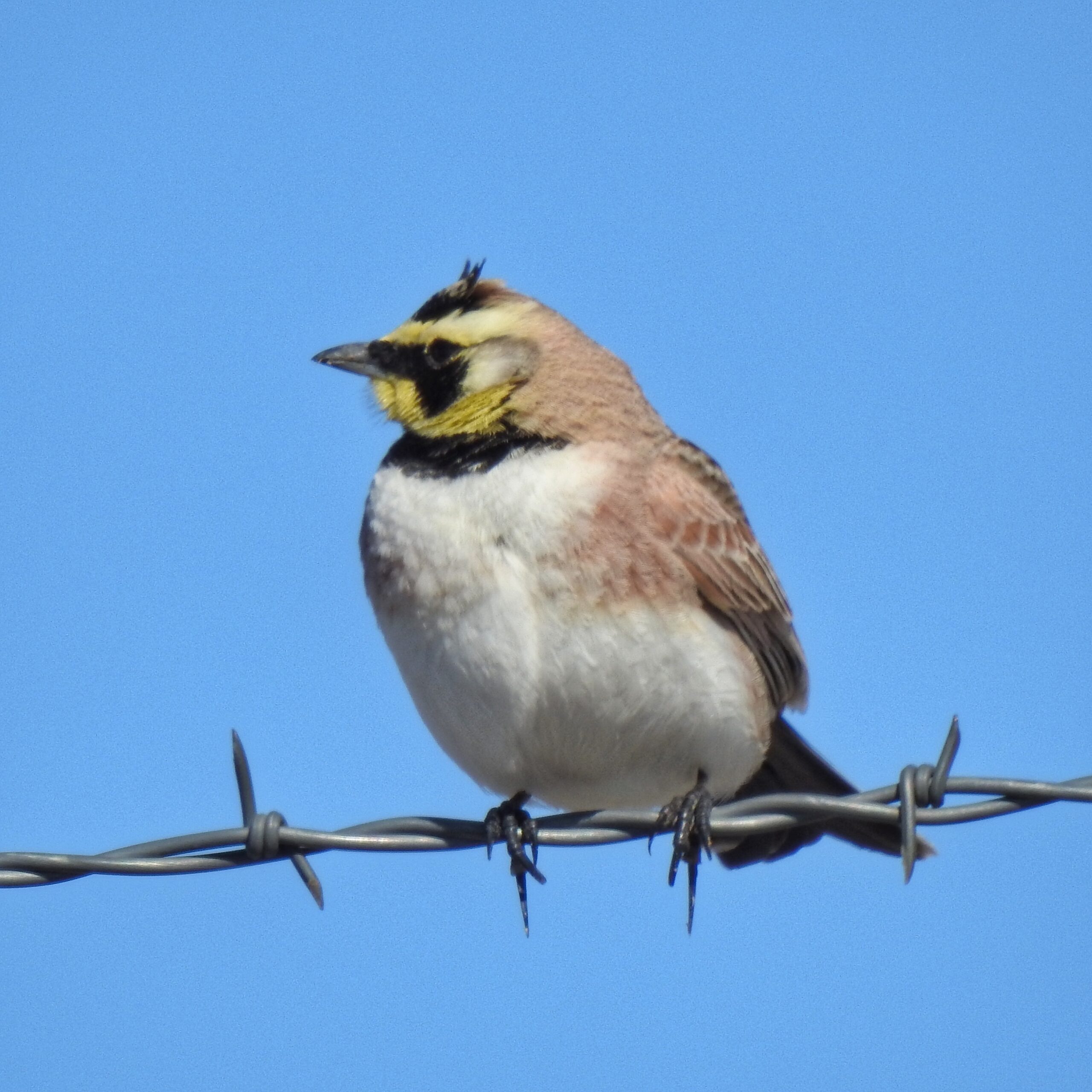 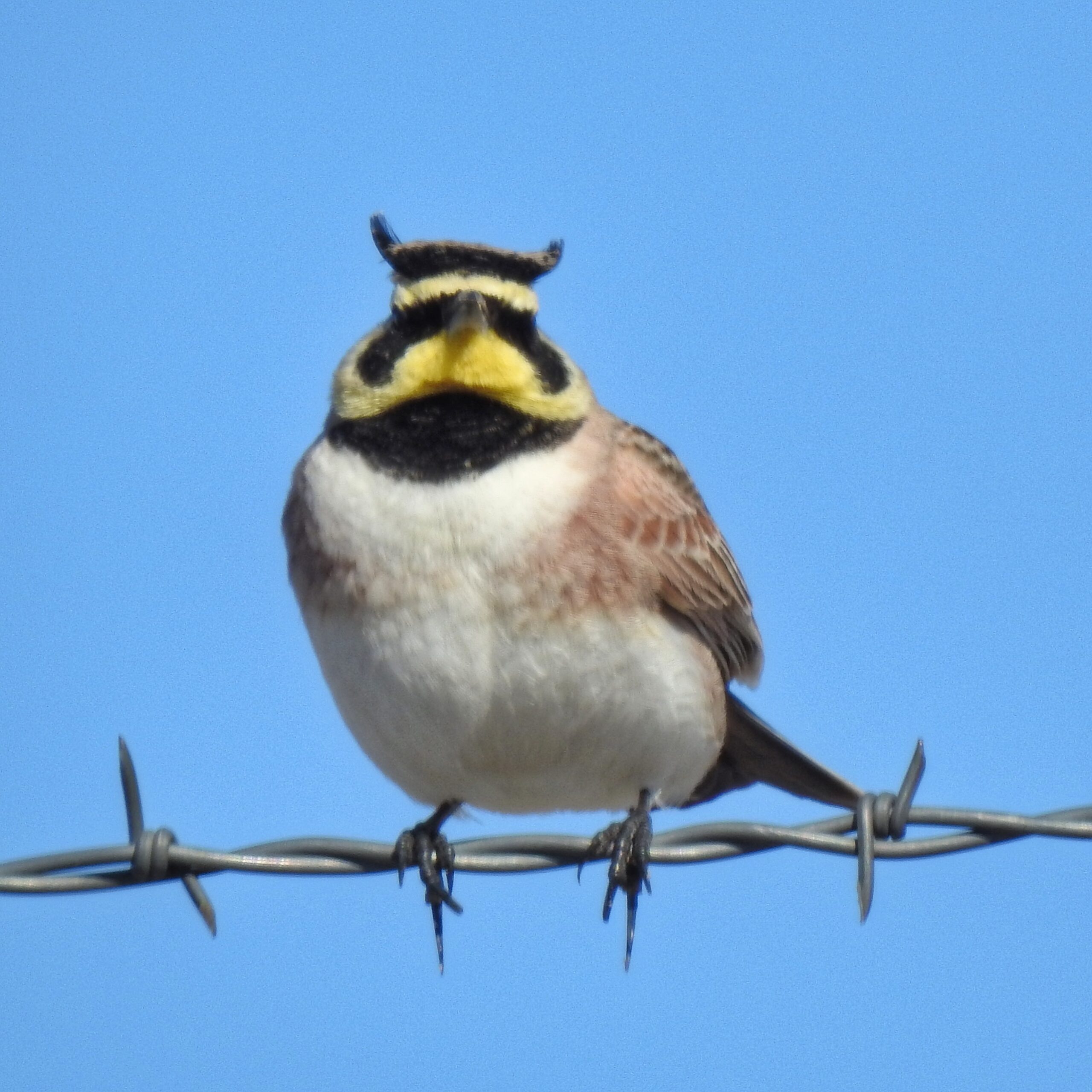 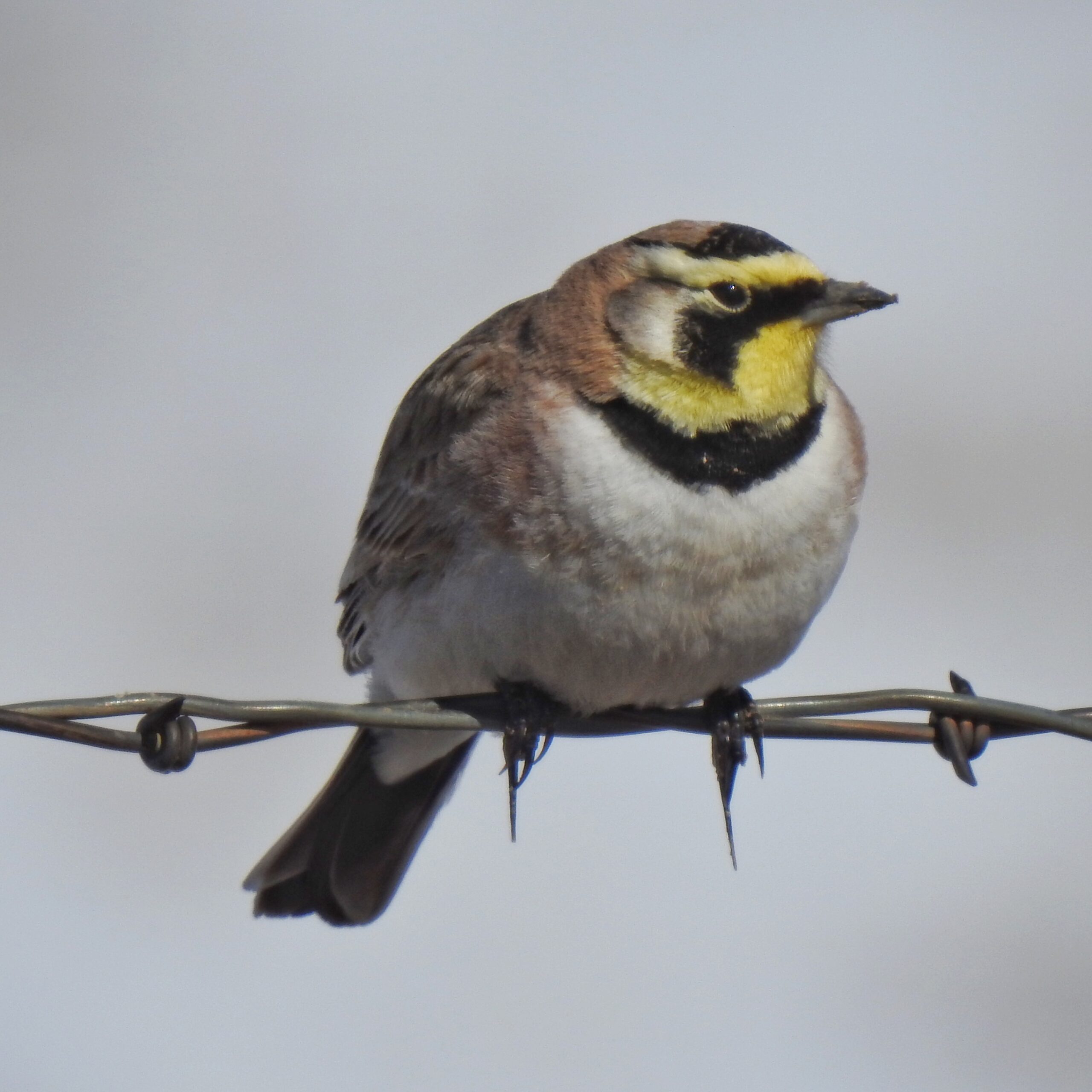 Golden Eagle (As I was taking these photos, a second one flew by about 100 yards away.) 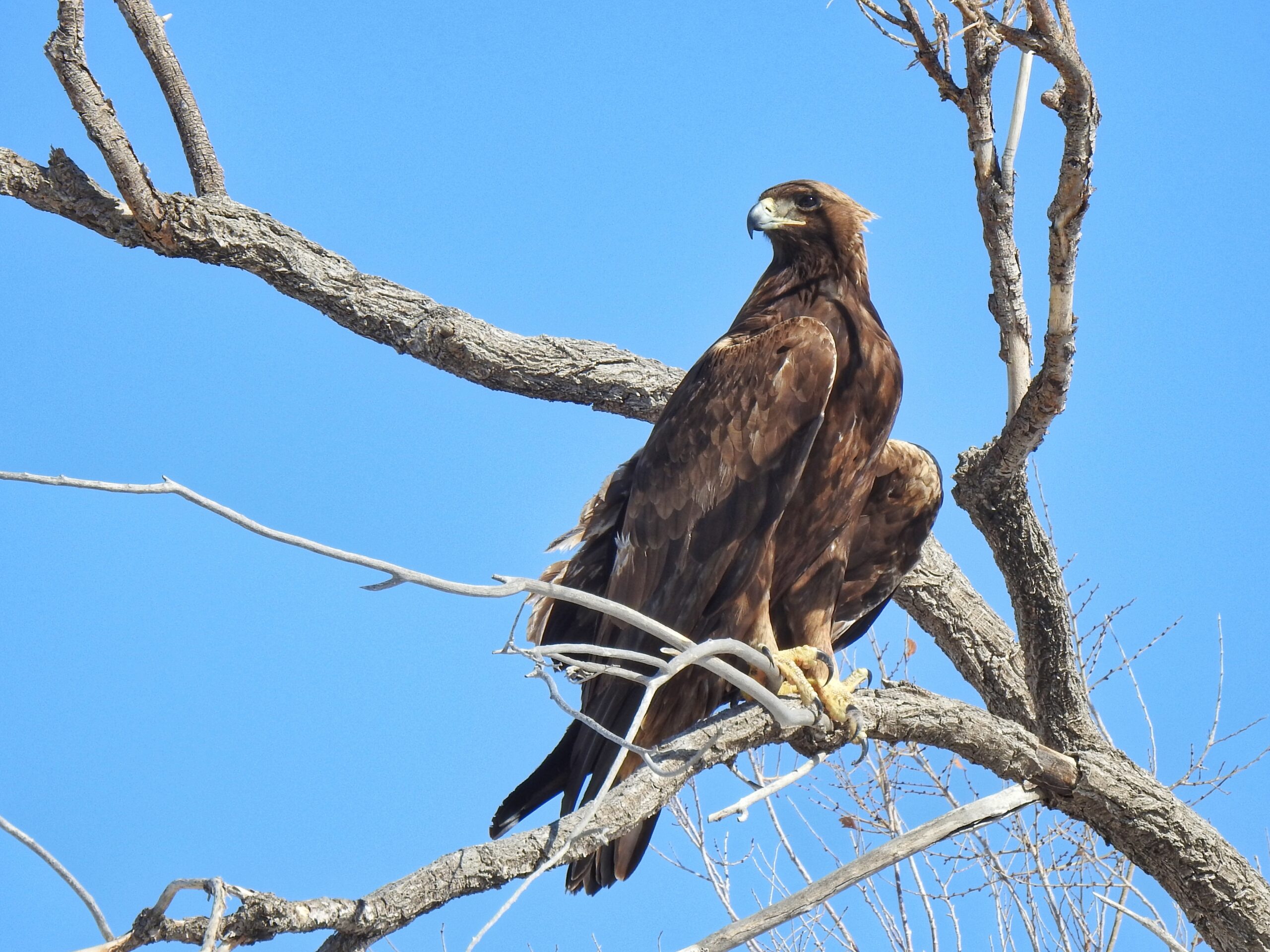 I don’t know why it was holding its wings out like this. I saw it fly, both before and after I took these photos, and it looked fine. 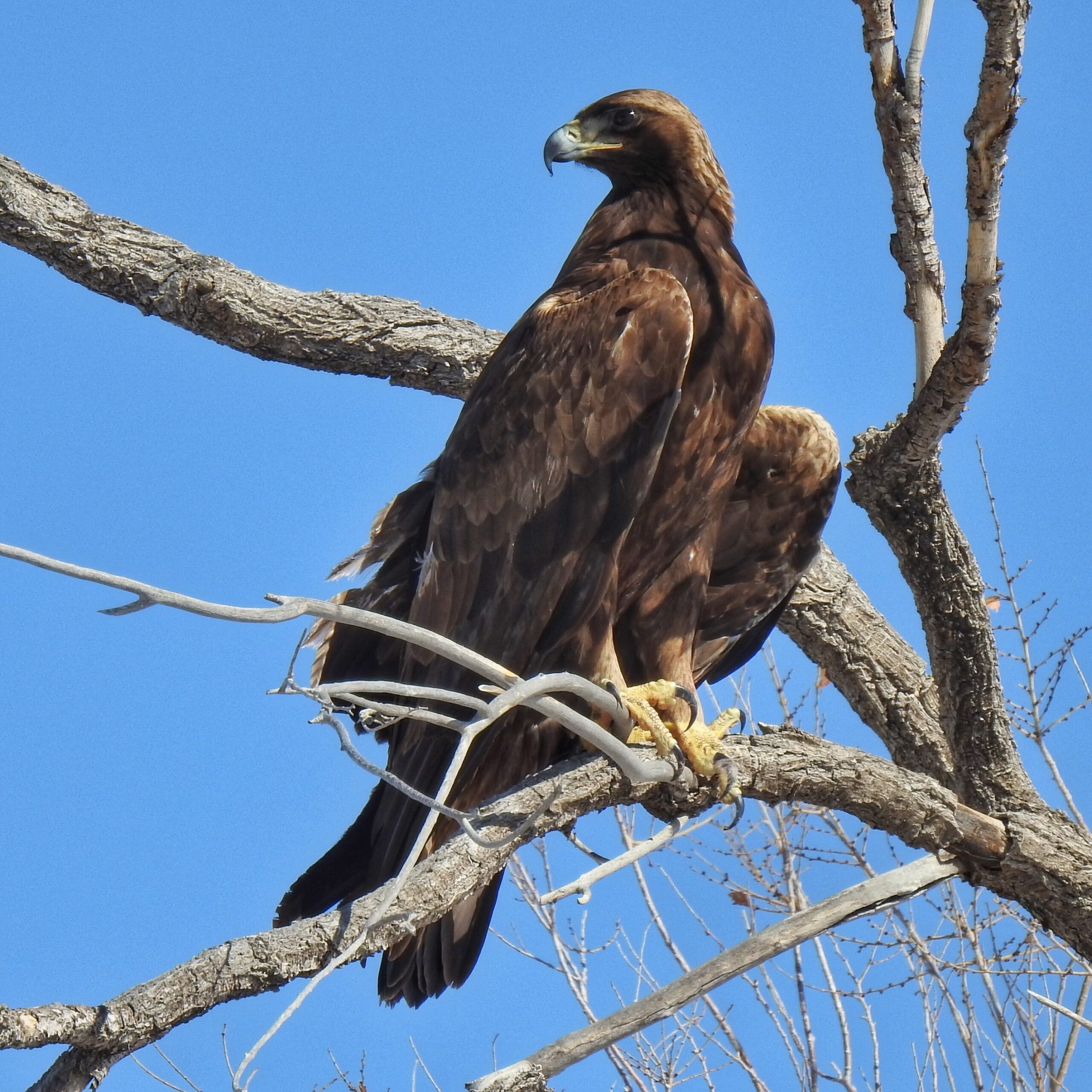 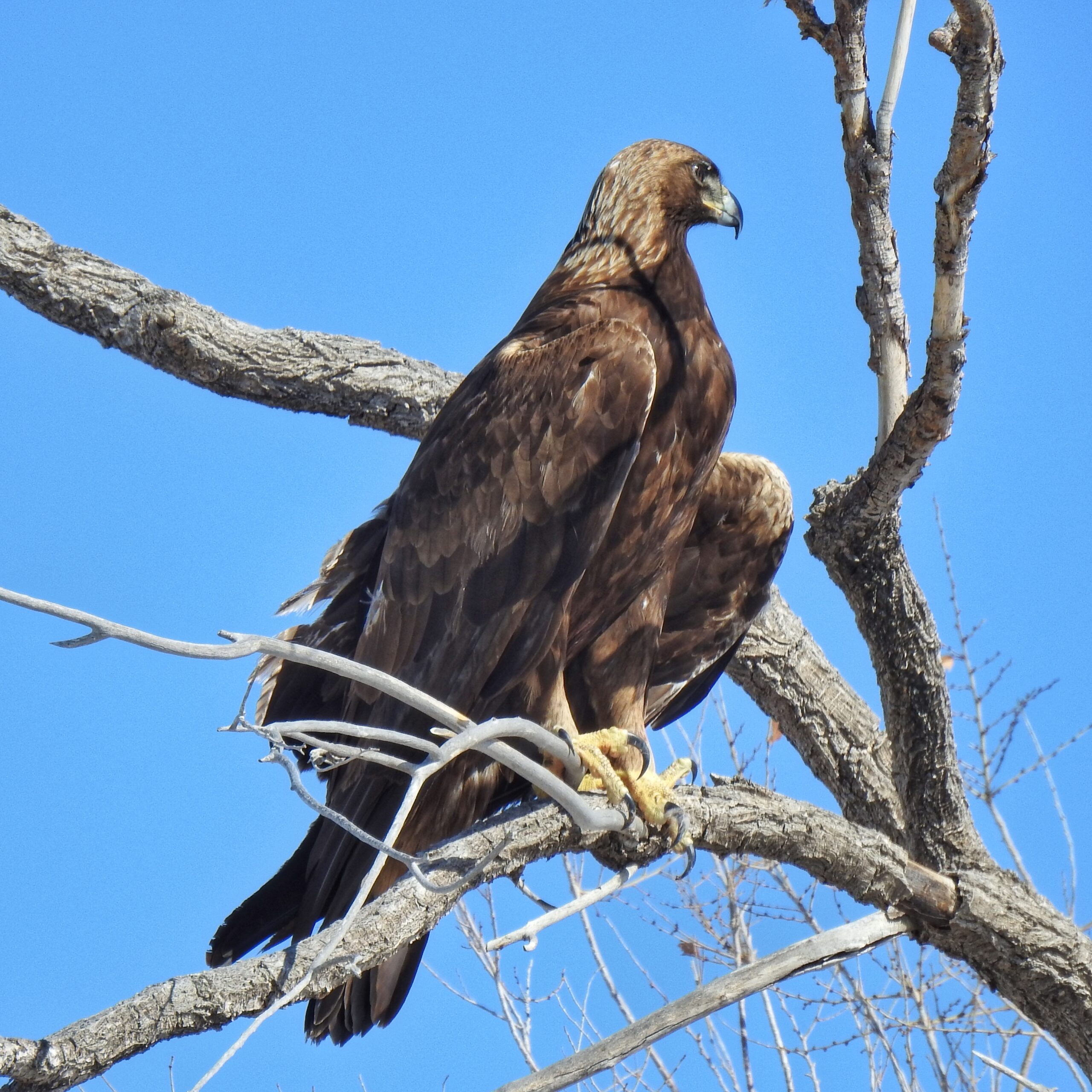 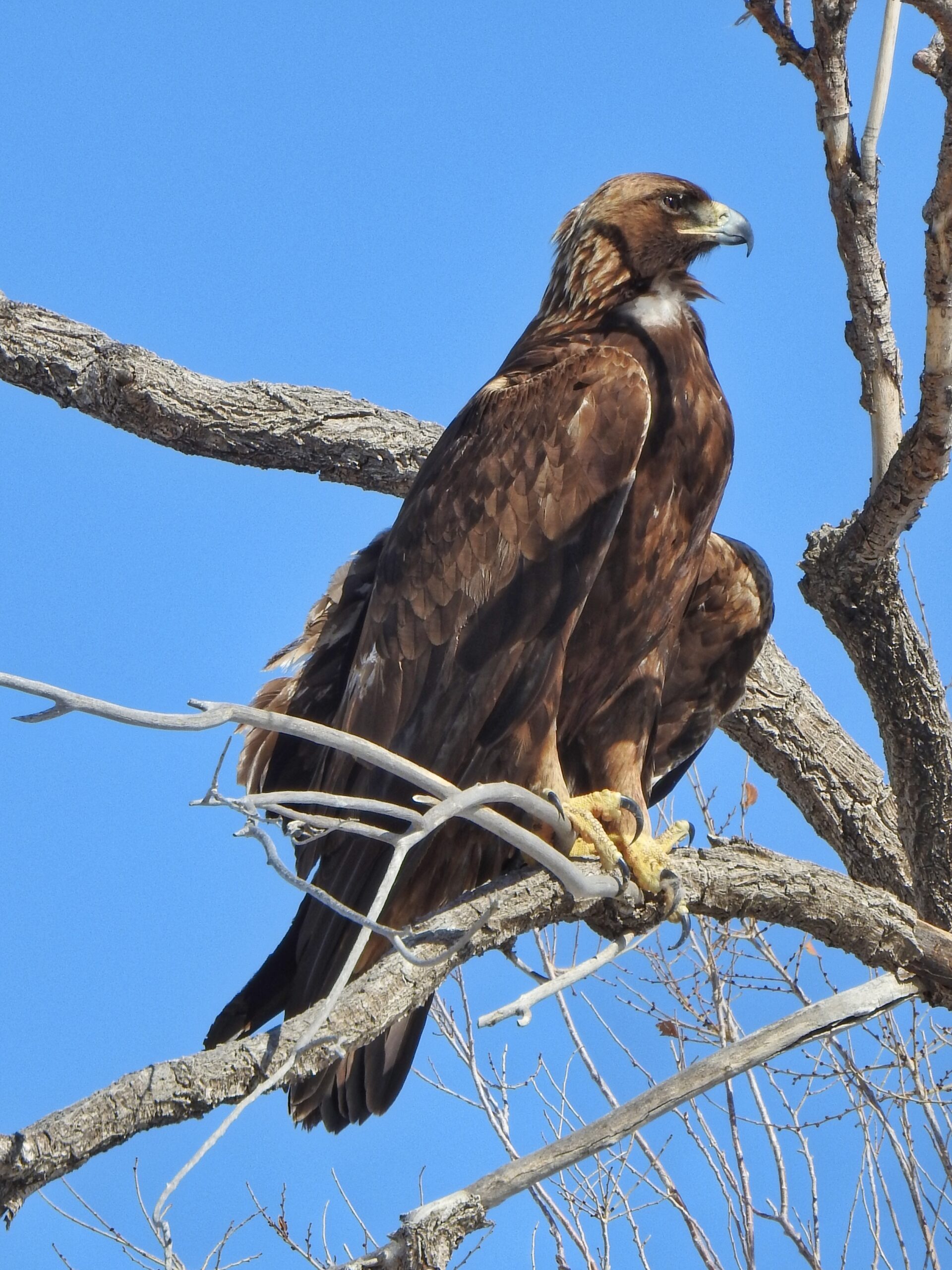 Ferruginous Hawk (One of three I saw within two miles of each other or … its just possible I saw two birds or even just one in three spots. But if that was the case, it had to move pretty fast.) 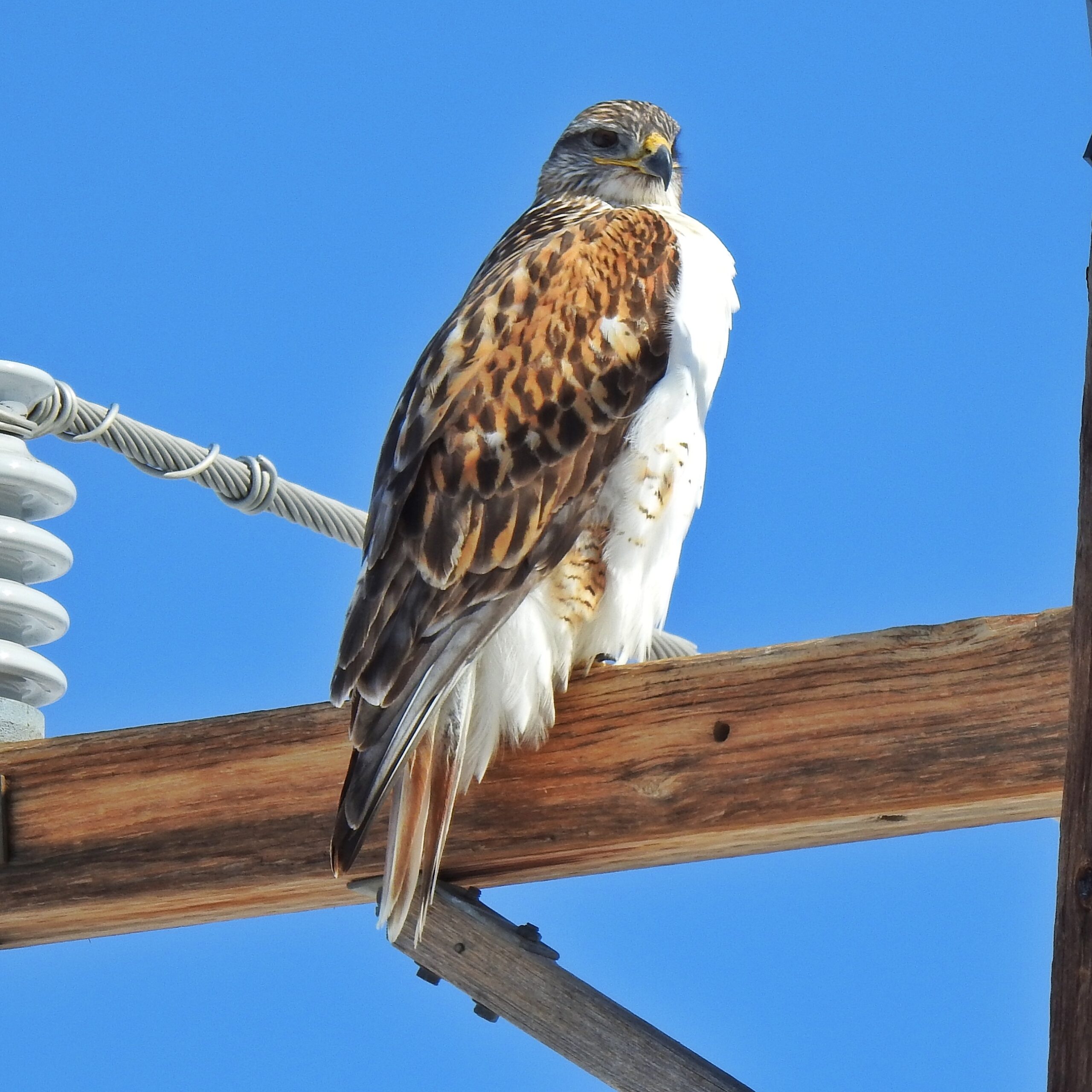 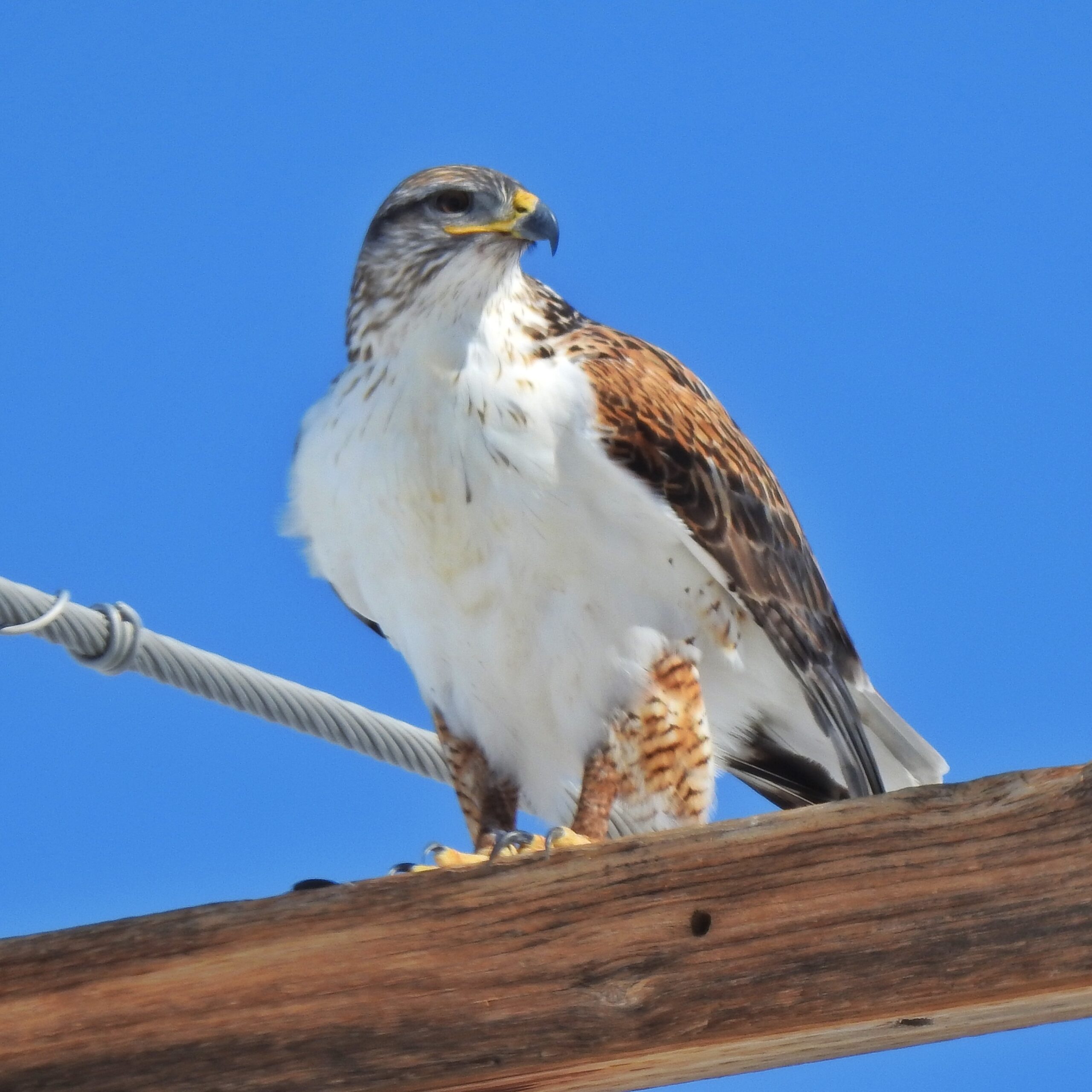 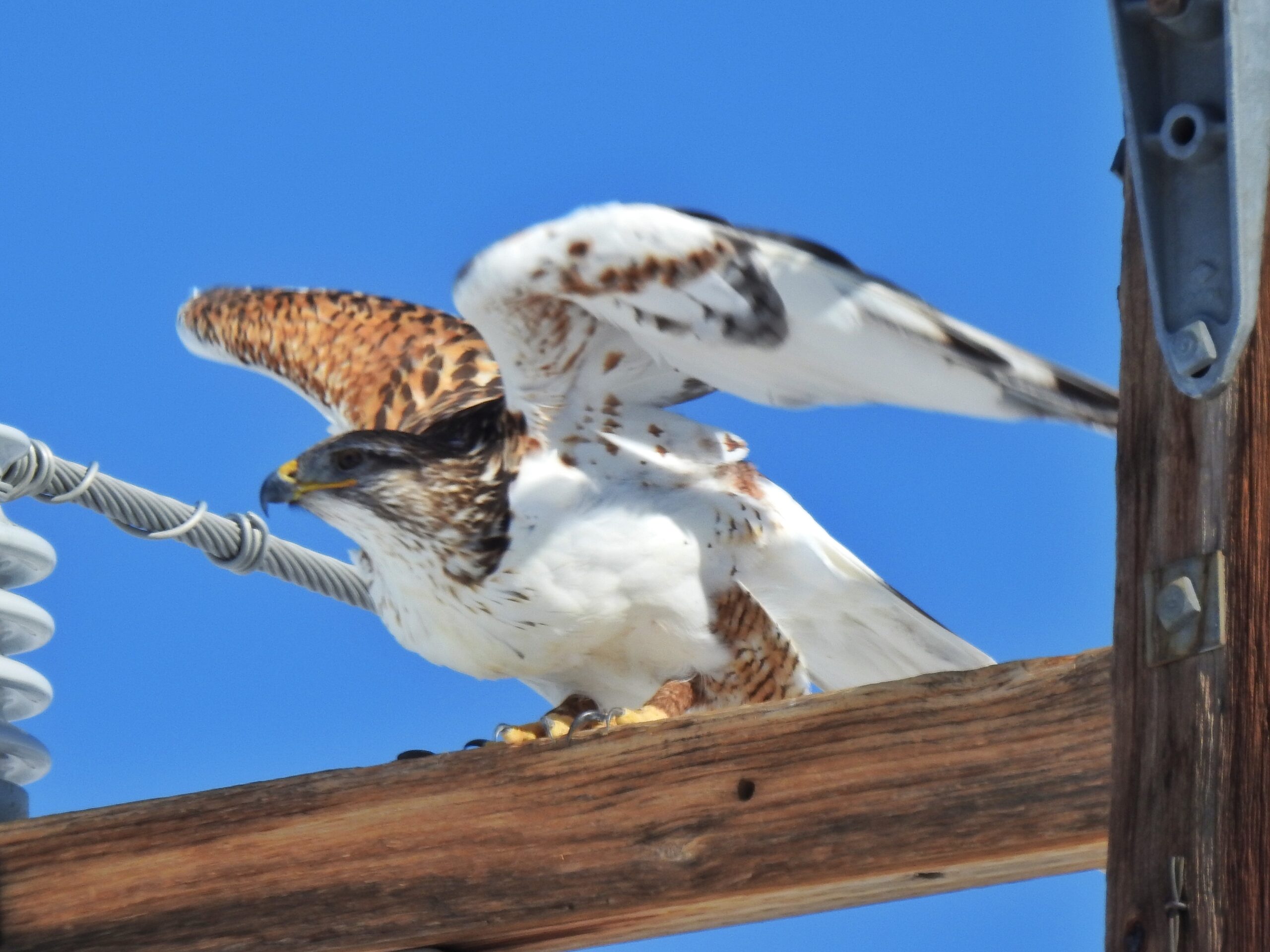 I finished up with a couple of sloppy miles at Clear Springs Ranch where the birds were few and far between.