My wife and I were vacationing at my parents’ in northern Wisconsin. 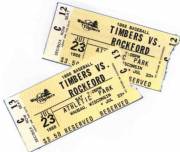 We went to a Wausau Timbers A league game. At the time, Wausau was a Seattle Mariners farm team. This was my first-ever Minor League game. We arrived an hour before game time. I bought a set of Timbers baseball cards. Our seats were in the third row right behind home plate. It was hot, and the sun was shining right in our eyes. 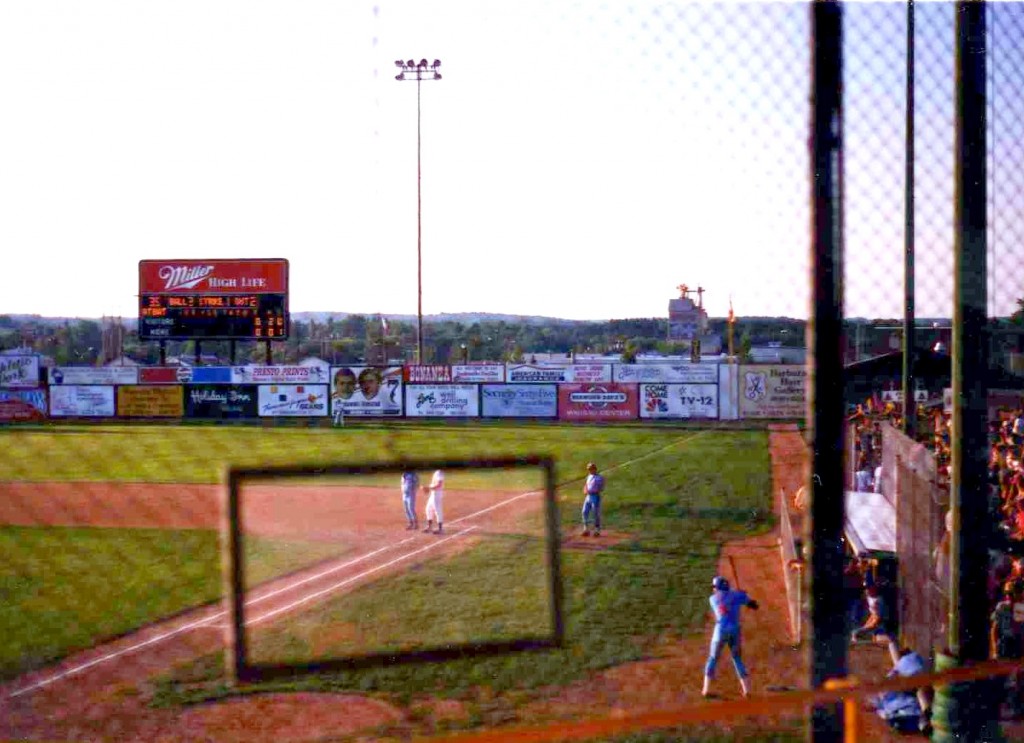 fielder, Jim Pritikin. They were loud and rude — and they both won door prizes. Hmmm. Makes ya kinda wonder, don’t it?

There were two players on the Expos who later make it to the Majors — Delino Deshields and Archie Cianfrocco. In this game, Cianfrocco hit three consecutive home runs. When he came up in the ninth inning, he was hit by a pitch. The first batter up for Wausau in the bottom of the inning had the first pitch sail right over his head. In this photograph Archie is crossing the plate after his third home run. 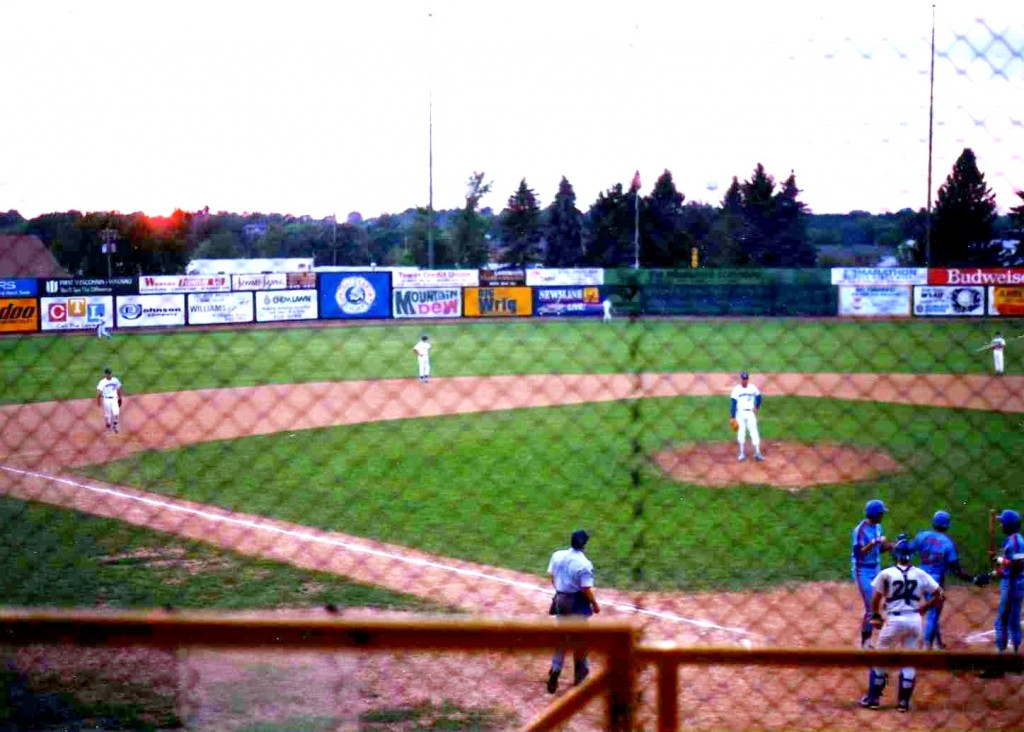