My friend and I went to this game primarily to see Canseco and McGwire. They hit some into the stands during batting practice, but were held to a single each during the game. We sat in the first row of the left-field bleachers. 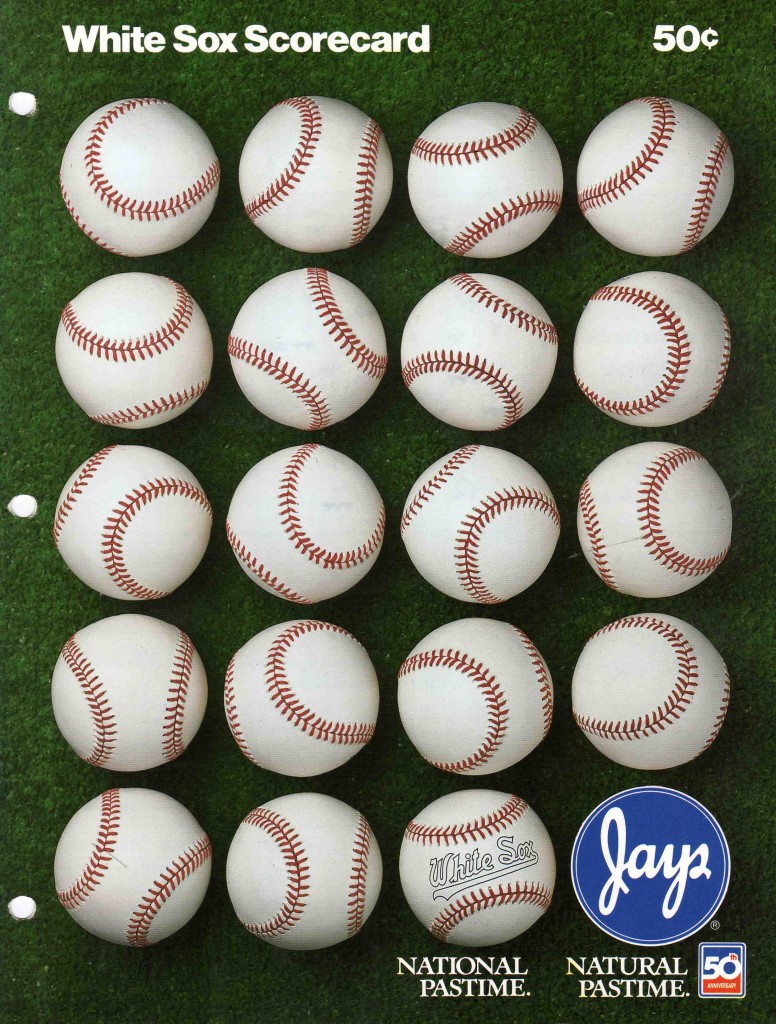 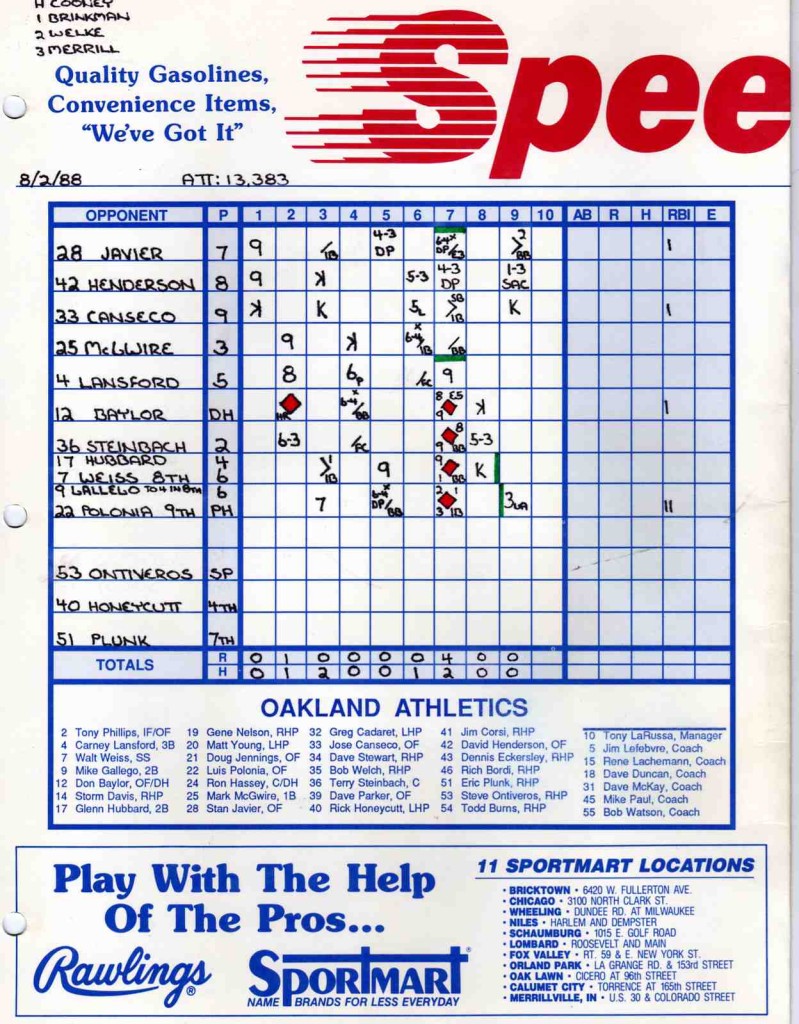 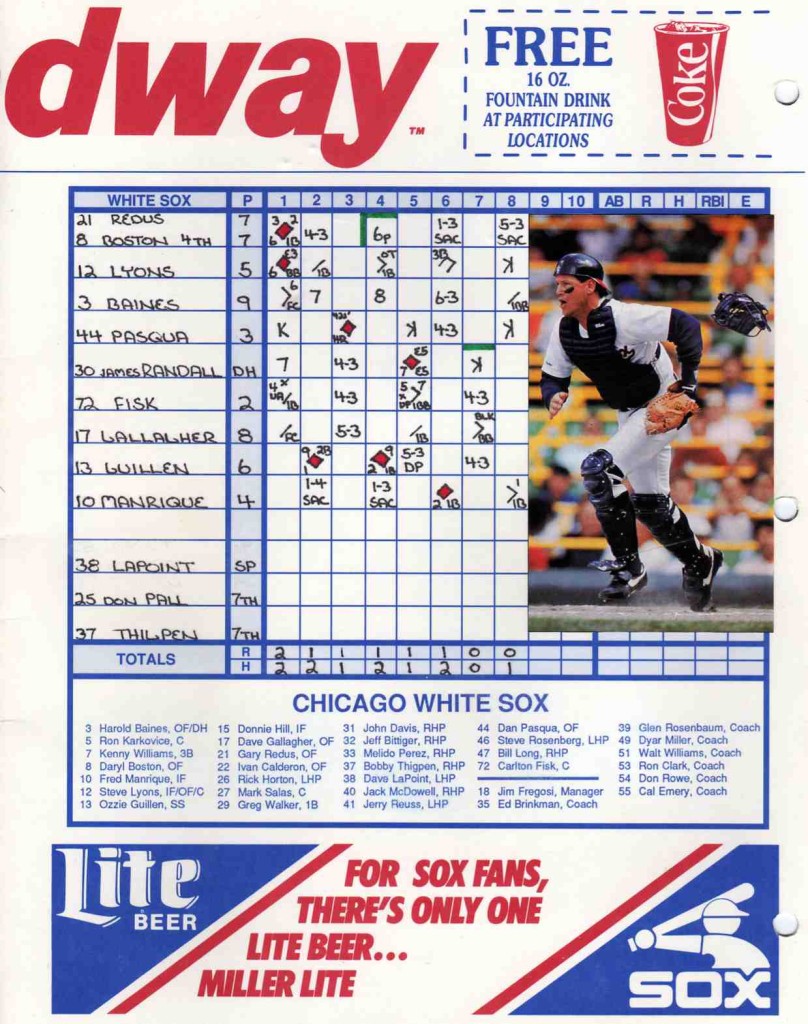