I picked up some White Sox half-price coupons at a gas station a few weeks ago. My wife and I went with another couple.

As it turned out, we picked the first weekend the White Sox have had a sell-out crowd in four years. Our seats (and I’m glad we only paid half-price) were in the outfield grandstands, about six seats up from the field and 10 seats into foul territory. The seats were bad enough. The game quickly got worse. There were over 44,000 people in the park, and most of them quickly lost interest in the game. A bunch of them got rowdy and were escorted out. And then it began to rain. We were under the upper deck, so we didn’t get wet, but in the top of the sixth, the tarp was rolled onto the field.

It was a lousy, slow-moving game. There was a rain delay, and it didn’t look like it would end anytime soon. We left. I turned the radio on in the car, and when we were a few blocks from home, the game started up again. I kept score on a pad of paper while I drove, then finished scoring the game off TV when I got home.

If we had stayed to the end, we would have gotten to see Steve Lyons pitch the last two innings. That would have been twice in five days that I saw a position player pitch for a Chicago team. The Cubs hadn’t  used one since 1977, the White Sox since 1985. Chicago teams were outscored 31-11 in games I went to this week. 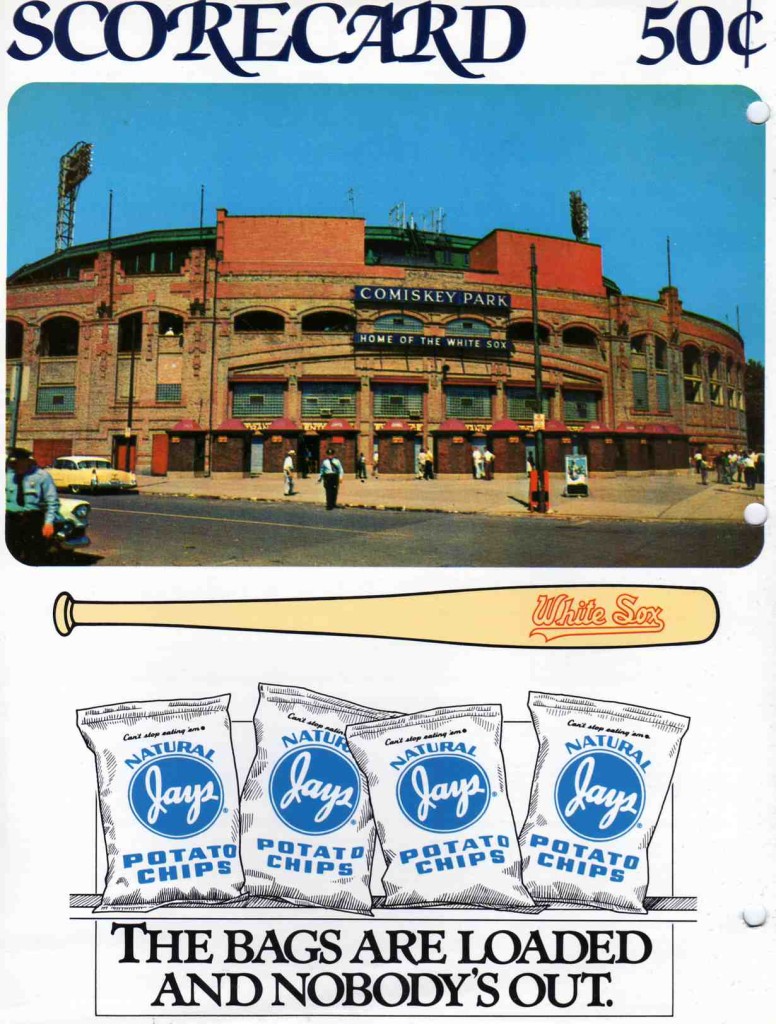 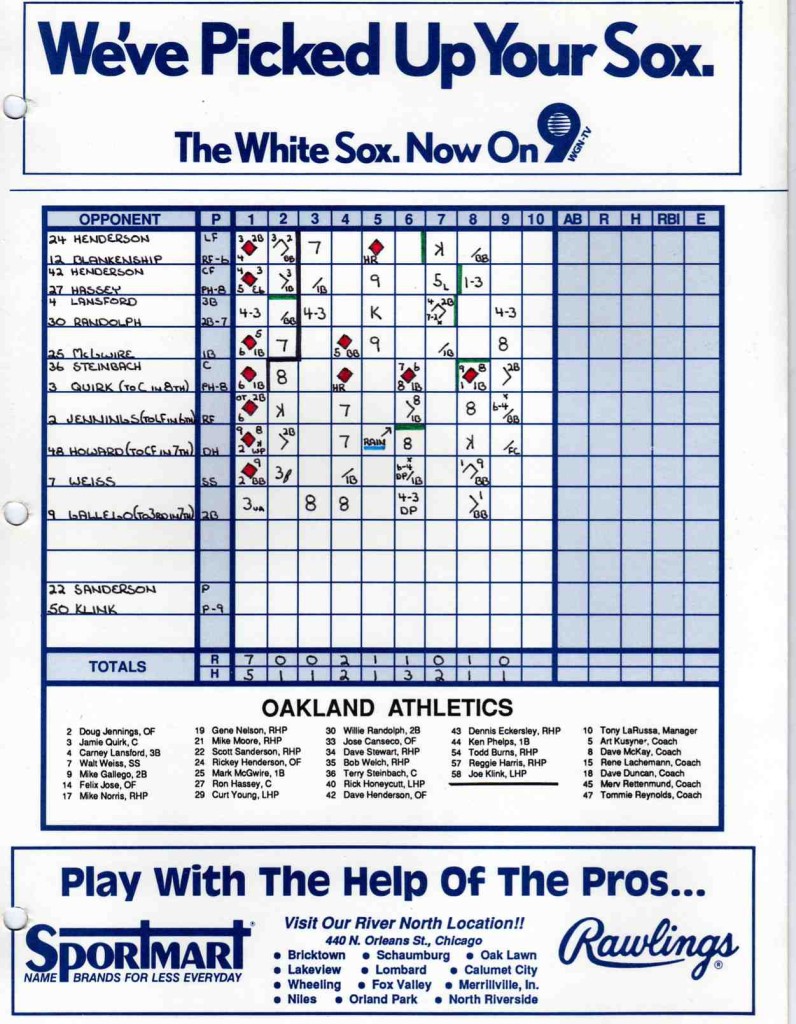