When I was given these tickets by a friend, I immediately thought of my friend and his wife who are White Sox fans. As it turned out, my friend was already going to this very game with his friend Larry. But his wife came along with their daughter.

All six of us rode down together. Larry was giving me a hard time for being a Cubs fan. I replied that I was pretty sure the two teams had the same record this year. Larry said, “Maybe, but the Cubs play in a minor league.” So I said, “The Cubs and the Sox played each other earlier this year. How did that work out?” (The Cubs won two out of three.) 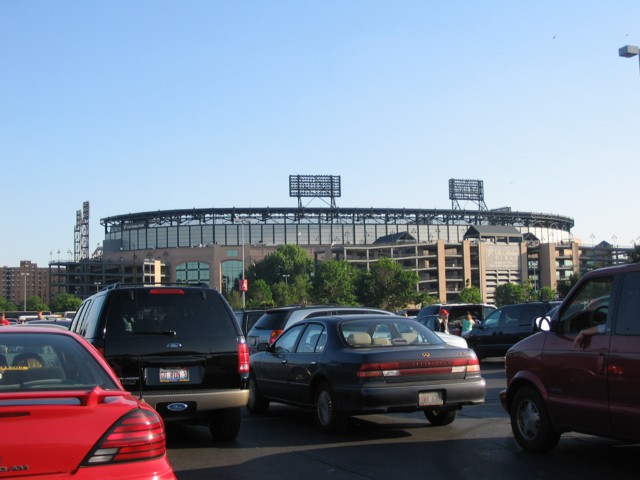 We sat in the club boxes down the third-base line. The club level is a narrow set of seats perched just below the sky boxes. The concourse on our level was pretty fancy, with carpeting, air conditioning and a chef complete with chef hat cooking up fancy dishes. 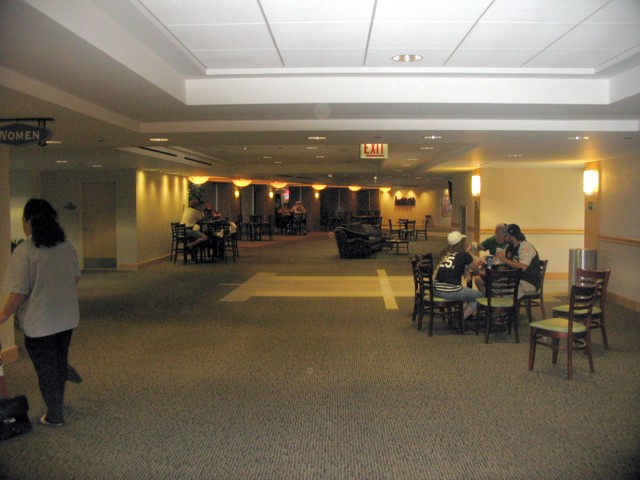 Our seats were padded, and we even had a waitress, although none of us took advantage of her. In fact, once the game started, none of us left our seats. I did walk the length of the concourse before the game looking, in vain, for a scorecard. I guess the White Sox don’t sell scorecards because their team doesn’t do any scoring. 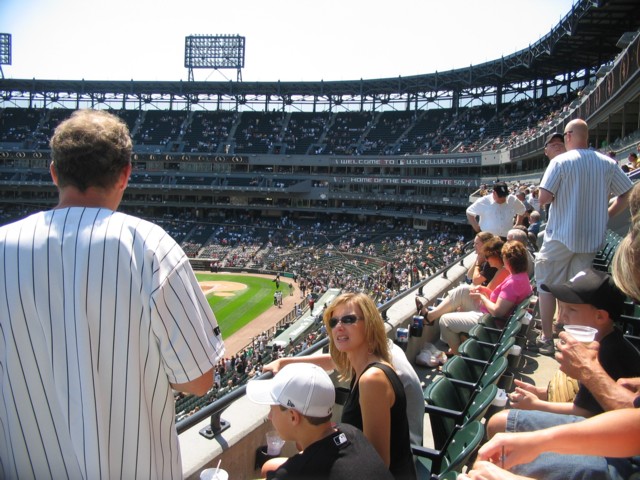 This was my first inter-league game. The White Sox, who had lost 11 of their last 13 were playing the Astros who are 10 or so games under 500. Eric Munson hit a home run for Houston in the third, and the Astros scratched across a second run in the top of the eighth. The White Sox tied it up in the bottom of the eighth when Jim Thome, the only batter on their team with an average above .260 hit a double. The Astros came back on three dinky hits in the top of the ninth to win 3-2. 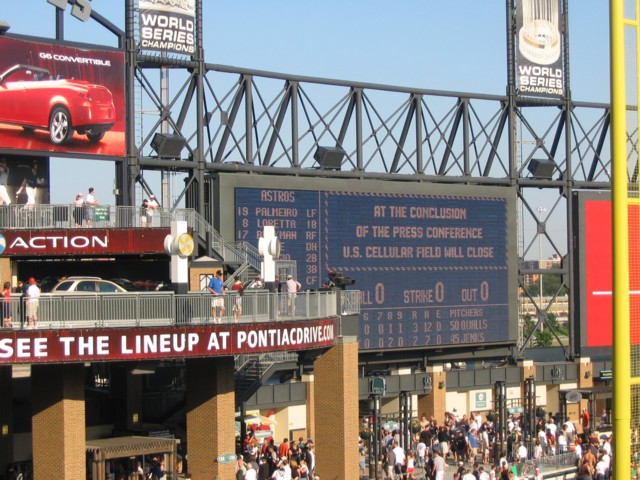 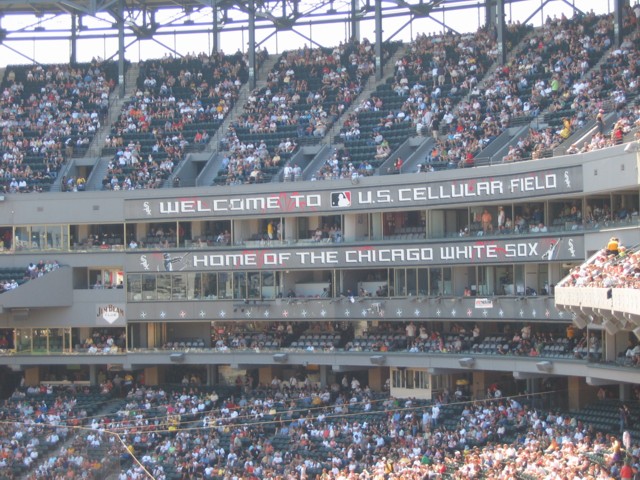 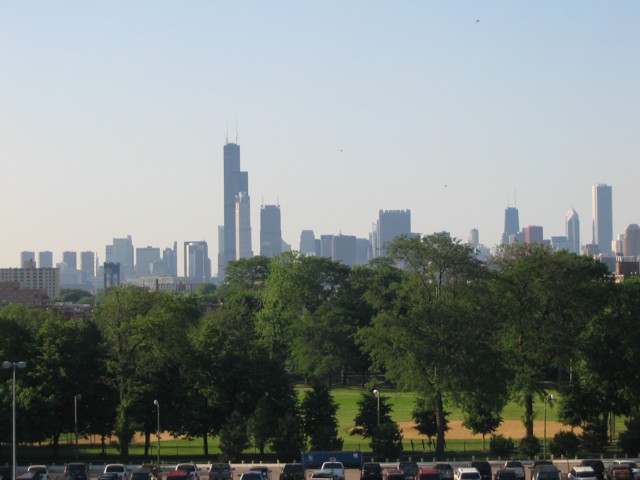 It wasn’t a thrilling game, but it was a win-win situation for me. If the White Sox won, that would be fine with me — I’m a fair-weather Sox fan. If they lost, I could have fun as a Cubs fan teasing the White-Sox-fan friends. 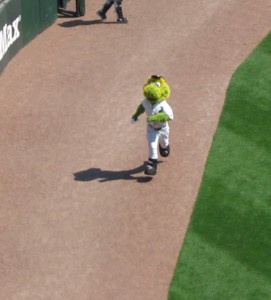 Here’s a panorama from our seats.

I enjoyed myself though. Our seats gave a great view and were comfortable (padding, remember). It would have been nice if we had been in the shade, but such is life. 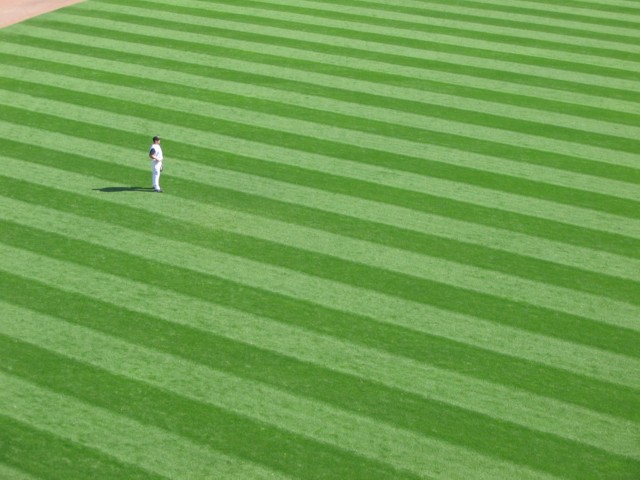 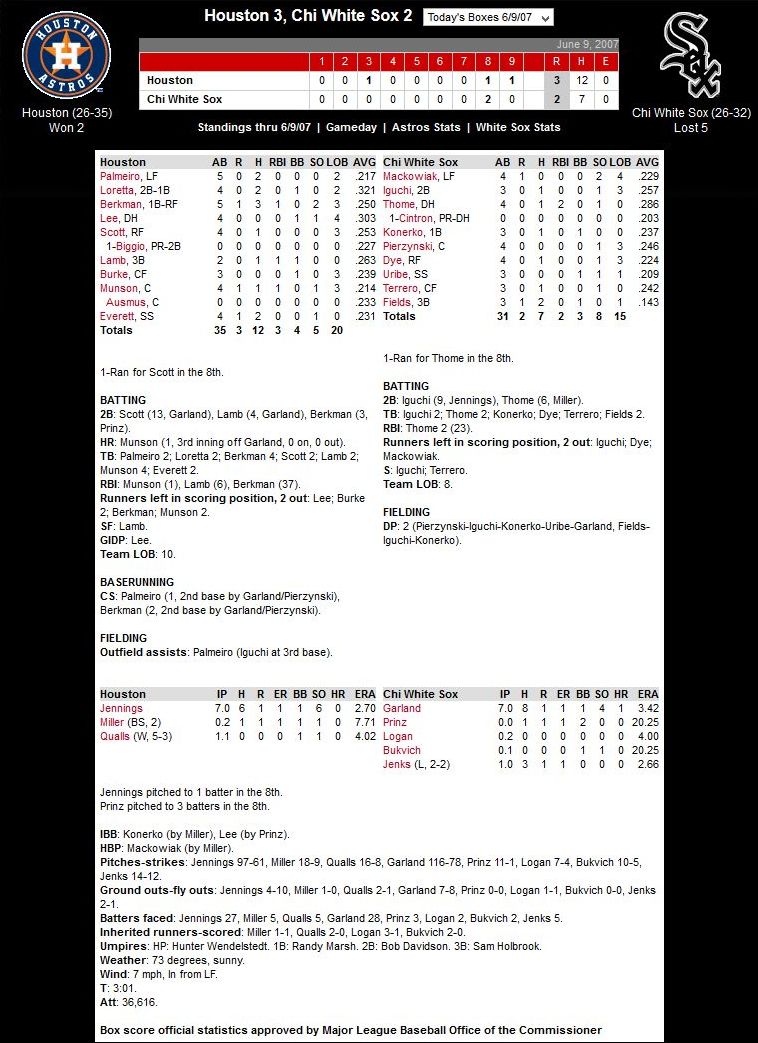