My wife and I went to this game with three friends. We made good time on the way down until we got within sight of the park, then we sat in traffic for an hour and a half. After we were stuck right in front of the park for 20 minutes without moving, my wife (who was car sick), a friend and I got out and went inside while the other couple parked the car. They finally parked on the other side of the Dan Ryan Expressway and took a shuttle bus to the park. They got to their seats in the second inning. Late in the game, people left and they came and sat by us.

It was Turn Back the Clock day with a 1917 theme. The Sox’ old-time uniforms were neat, better by far than their regular uniforms. We were too late to see most of the pre-game stuff. The manual scoreboard was annoying to watch, and I’m sure it was annoying for the three guys operating it. There was also a Chinese guy who pretended to speak into a megaphone while the line-ups were announced over the p.a. system.

The game started out great, but before it was over we were about dead. It seemed more like Stop the Clock day. Everything was supposed to be like 1917, but the game lasted almost until 2017, and the eighth inning, when the Sox gave up six runs, was more like 1919 when they threw the World Series. The game lasted 13 innings. The White Sox lost 12-9. 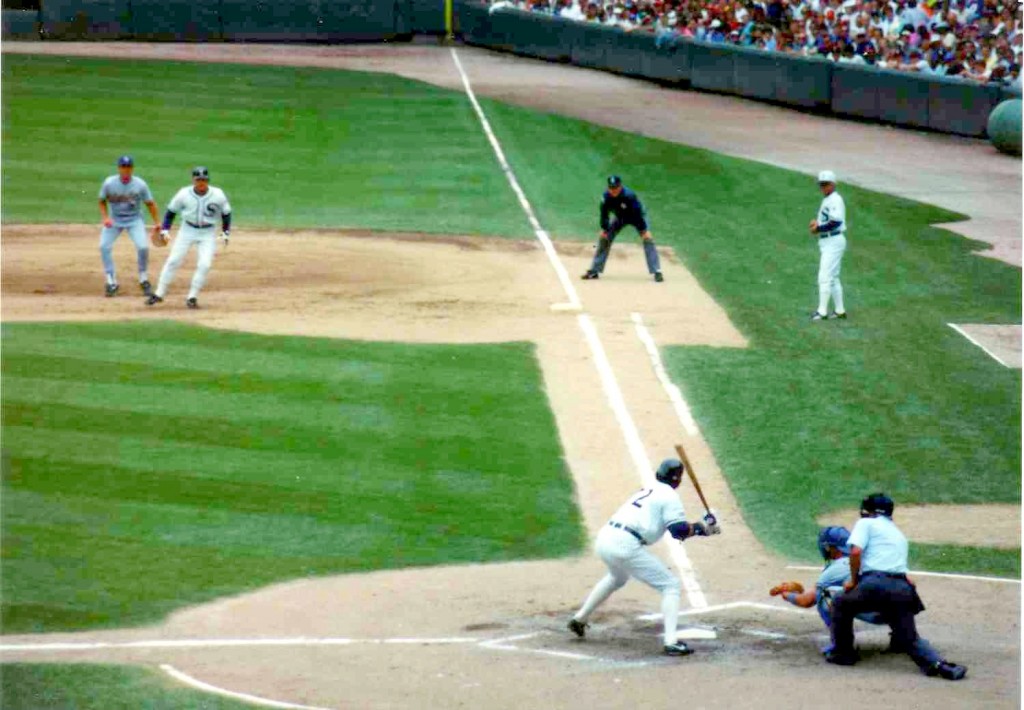 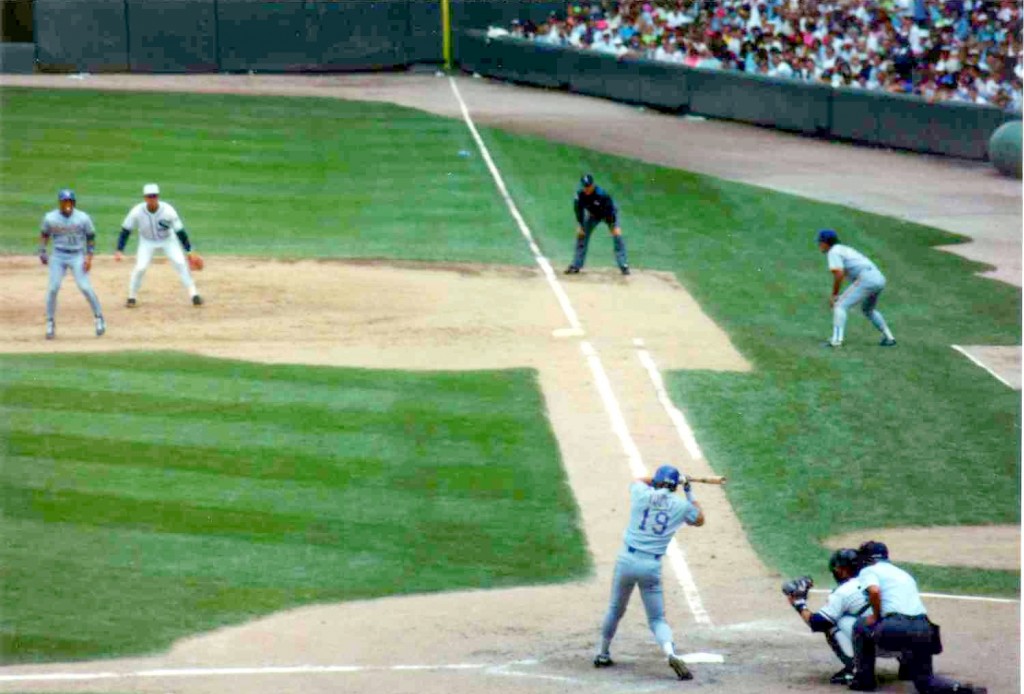 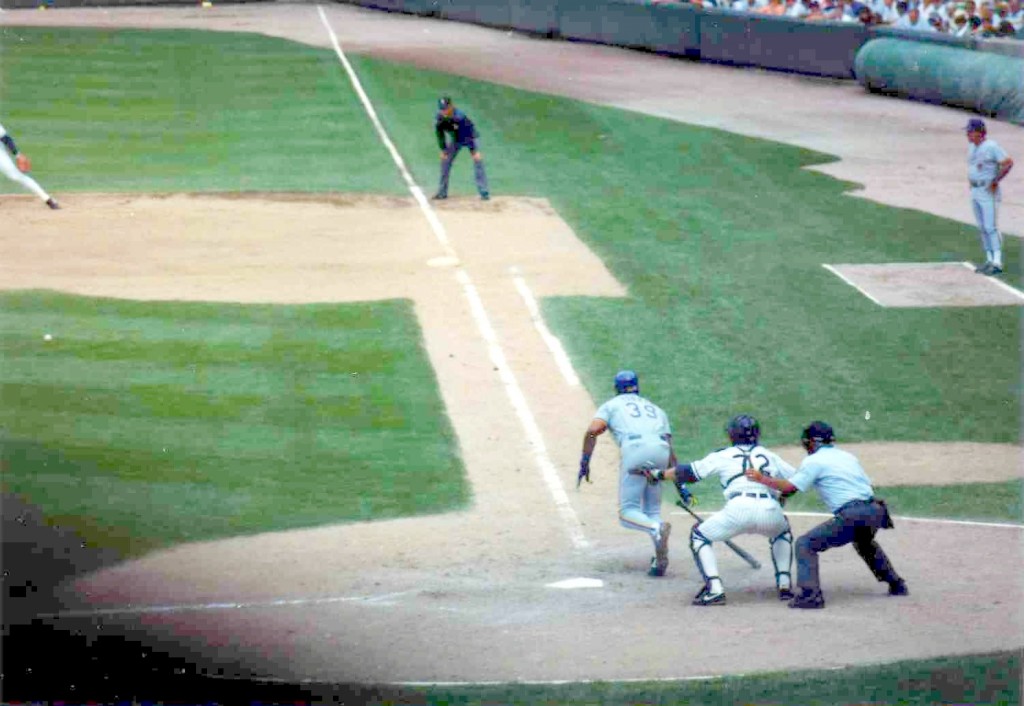 Darryl Hamilton at the plate 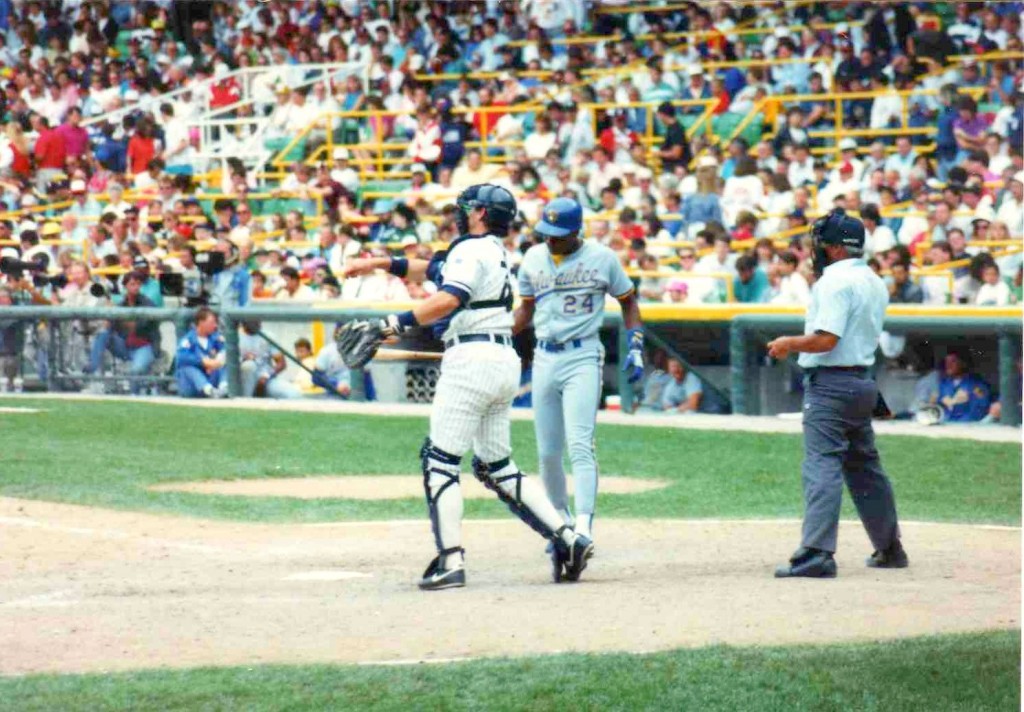 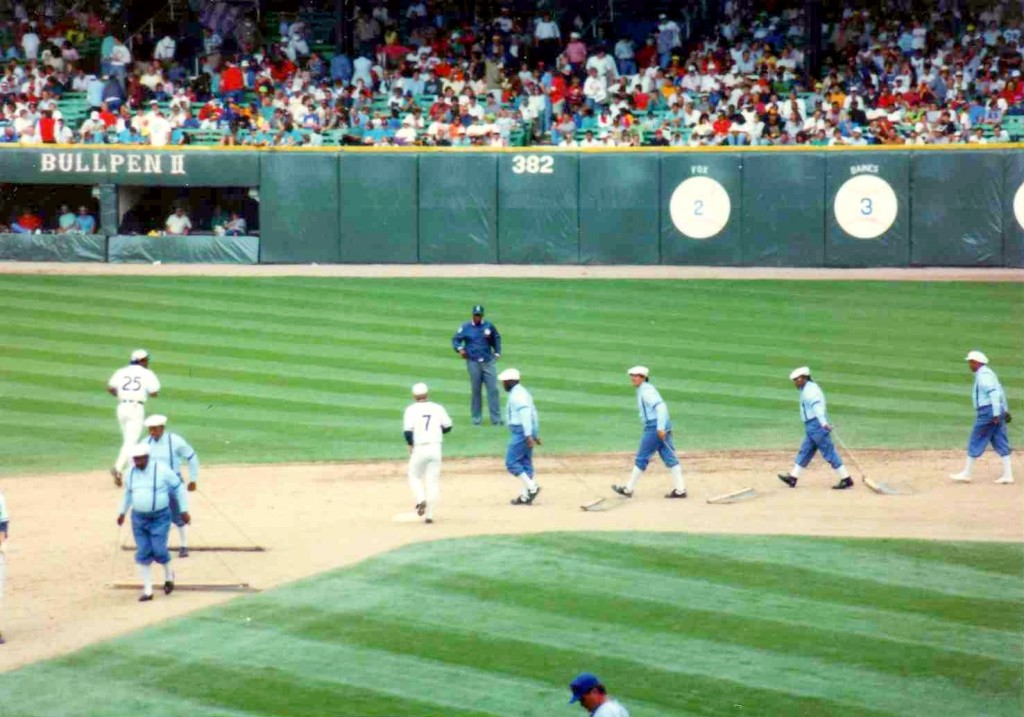 Sammy Sosa at the plate 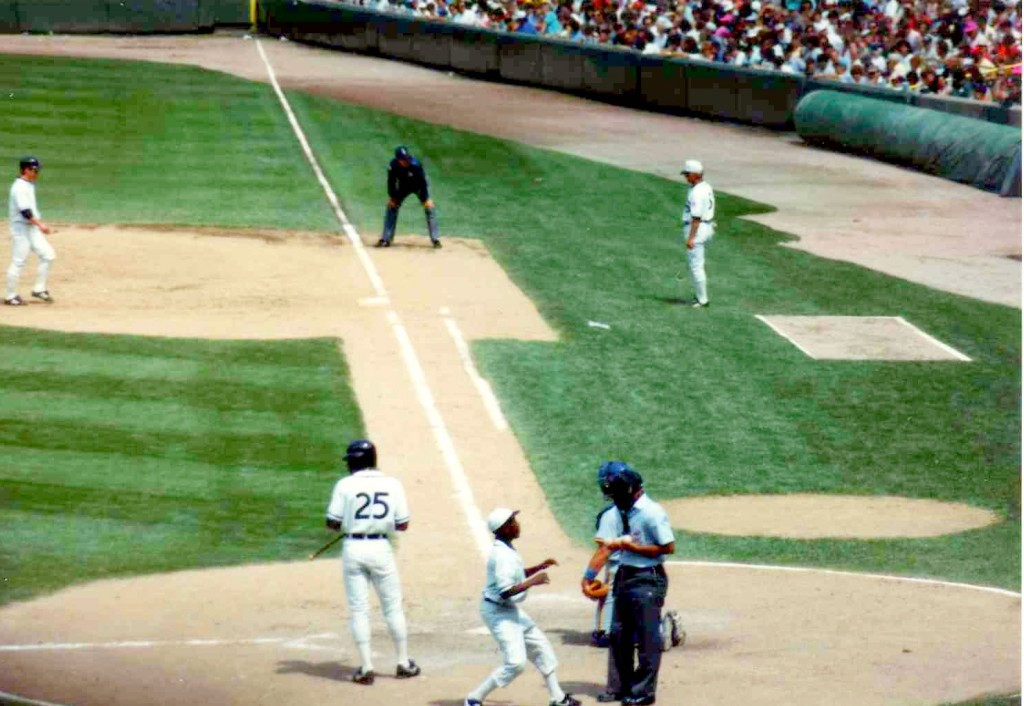 After game, we piled into the shuttle bus and sat in traffic for another half hour before we reached the car. By then, afternoon rush hour was over and we zipped right home. 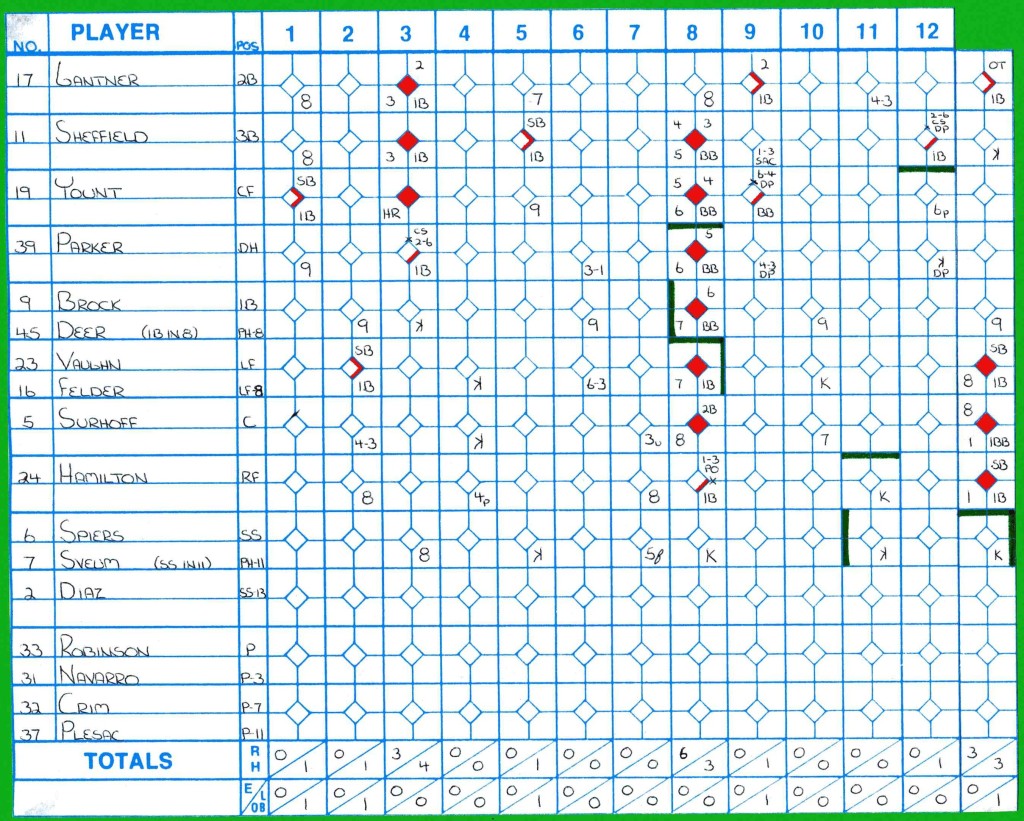 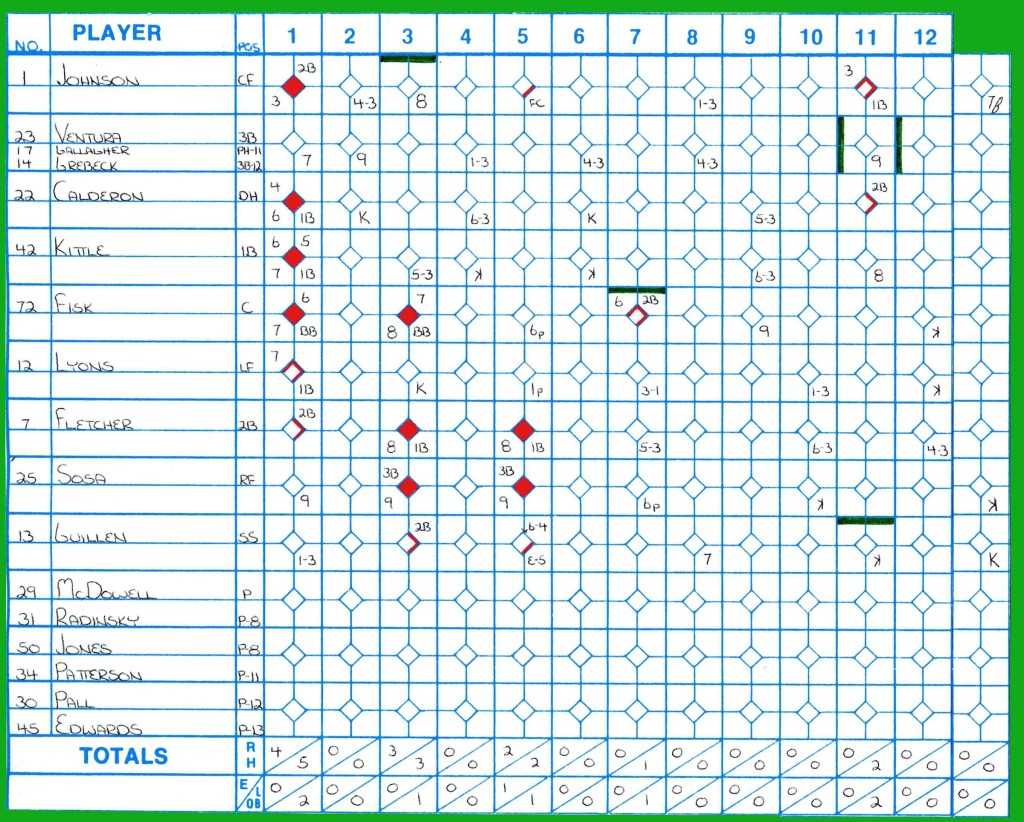