The final game in Comiskey Park. 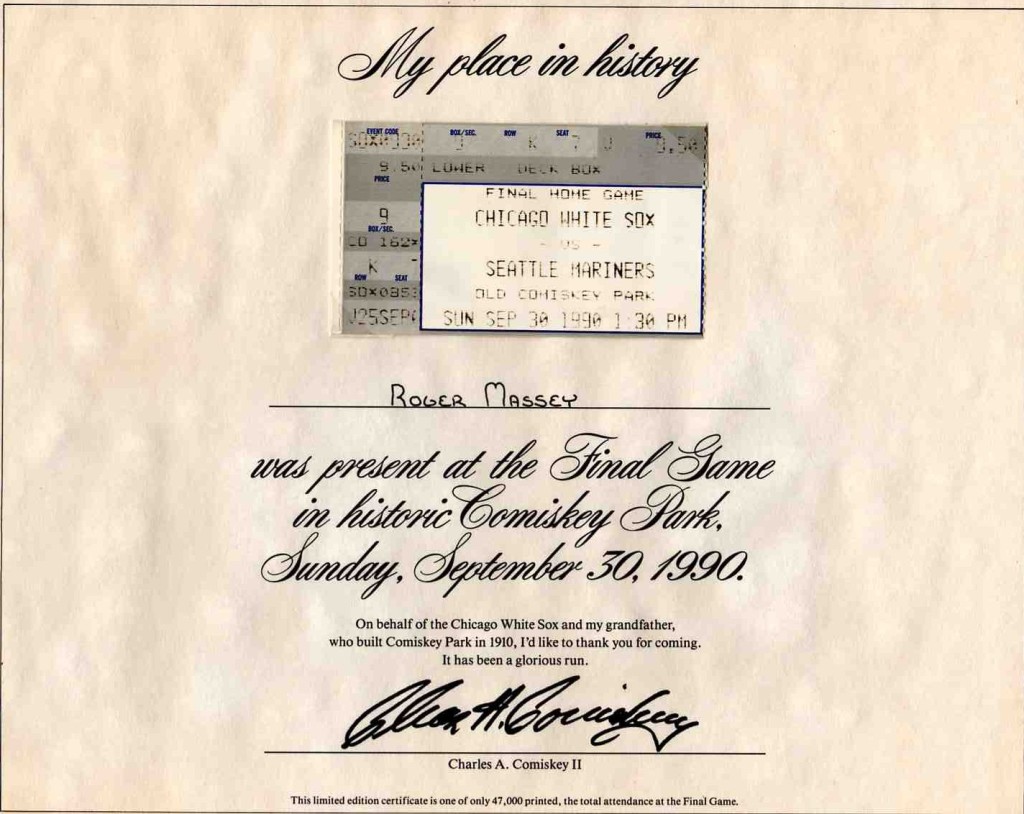 My friend picked me up at 9:30 am. There was no traffic, and we arrived an hour before the gates opened. The parking lots were already filling up. We bought some souvenirs and put them in the car, then wandered around outside looking at the new park being built next door. 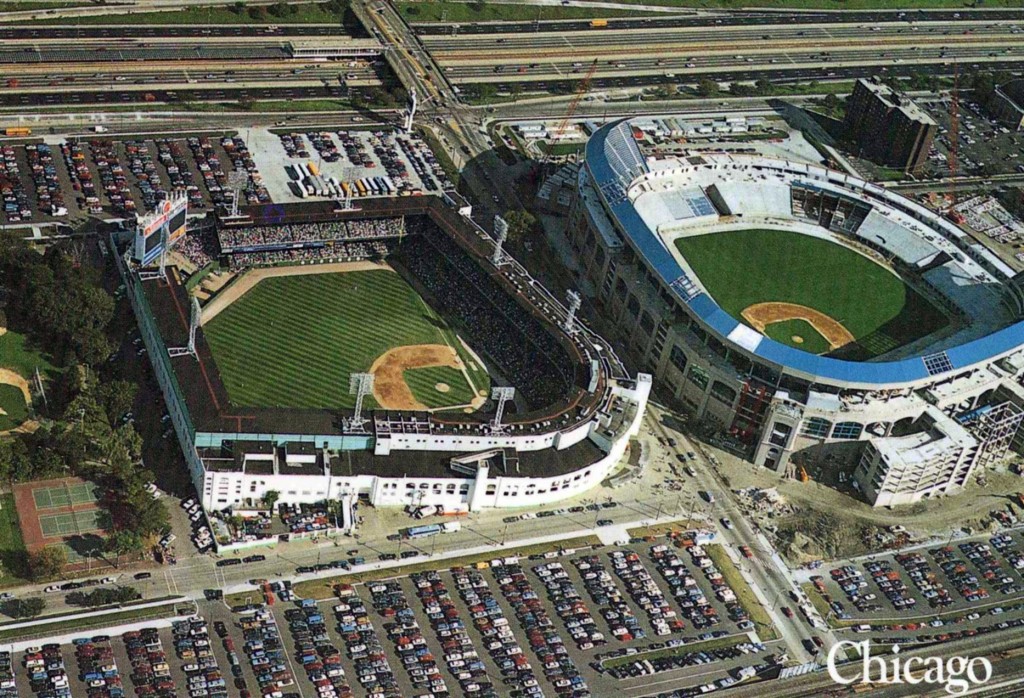 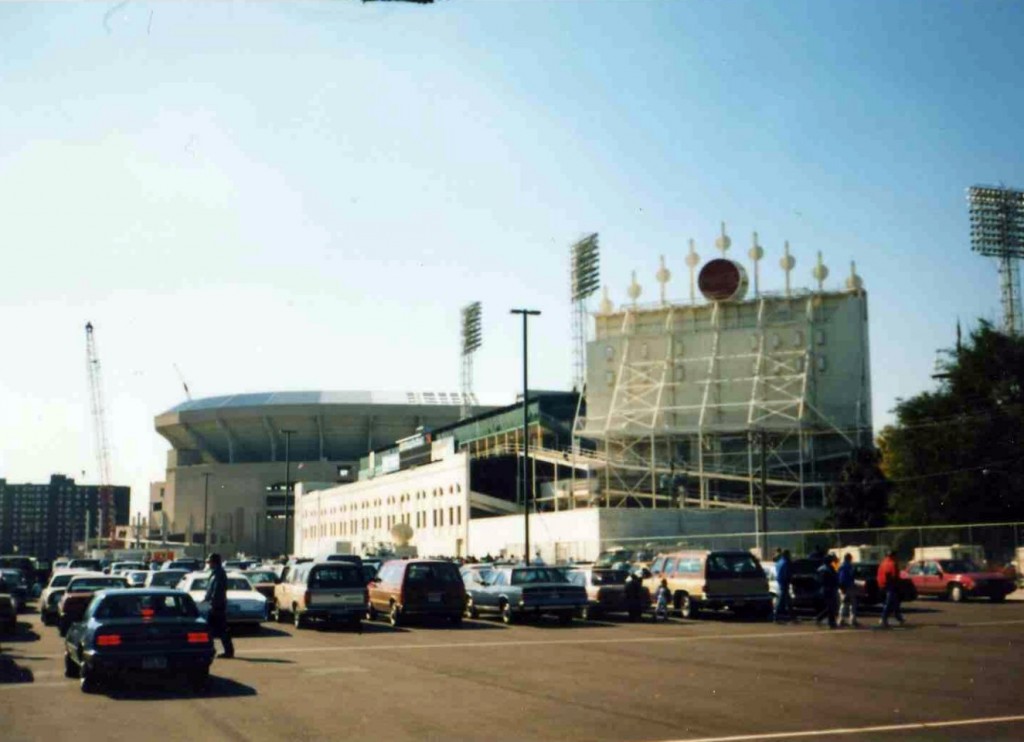 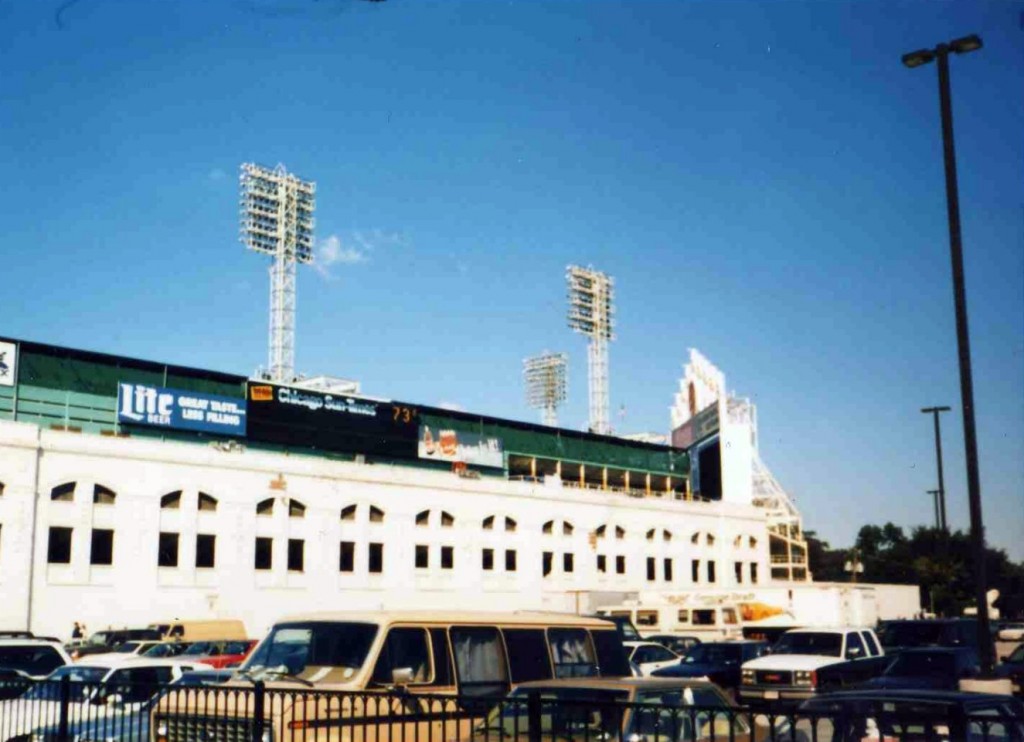 The gates opened at 11:30, and we were among the first fans to enter. We bought some awful, greasy hamburgers and fries and went to our seats. There were no scorecards for sale. The White Sox took their regular program, which usually sold for $2.00, put a different cover on it and sold it for $5.00. It ticked me off.

There wasn’t much pregame excitement. Some of the Sox players threw baseballs into the stands. The only one thrown into the stands on the first-base side missed my outstretched fingers by about an inch.

The park wasn’t full. There were 42,849 in attendance. Some people stayed home because they heard unused tickets were selling for $20.

The game was fun. Ken Griffey and Ken Griffey, Junior played side-by-side in the Seattle outfield and batted second and third. They’re both in this photo (above), but you might have to take my word for it.

I managed to photograph the final pitch. There were two outs, with a man on first. Harold Reynolds, the Seattle second-baseman, was batting. I pointed my camera toward the infield and waited. On the first pitch I could see the batter wasn’t starting to swing, so I didn’t push the button. It was a ball. On the second pitch, I saw him begin his swing, so I took the shot. Reynolds hit a ground ball to Scott Fletcher, the White Sox second-baseman. Fletcher fielded it cleanly and threw Reynolds out at first.

When the game ended, the field filled up with cops on foot and cops on horses and even cops in a truck. Everybody stood up, but nobody ran on the field or got unruly. The White Sox came out and took a lap around the field, waving at the fans. Long after the rest of the players were in the showers, Carlton Fisk was still out signing autographs. 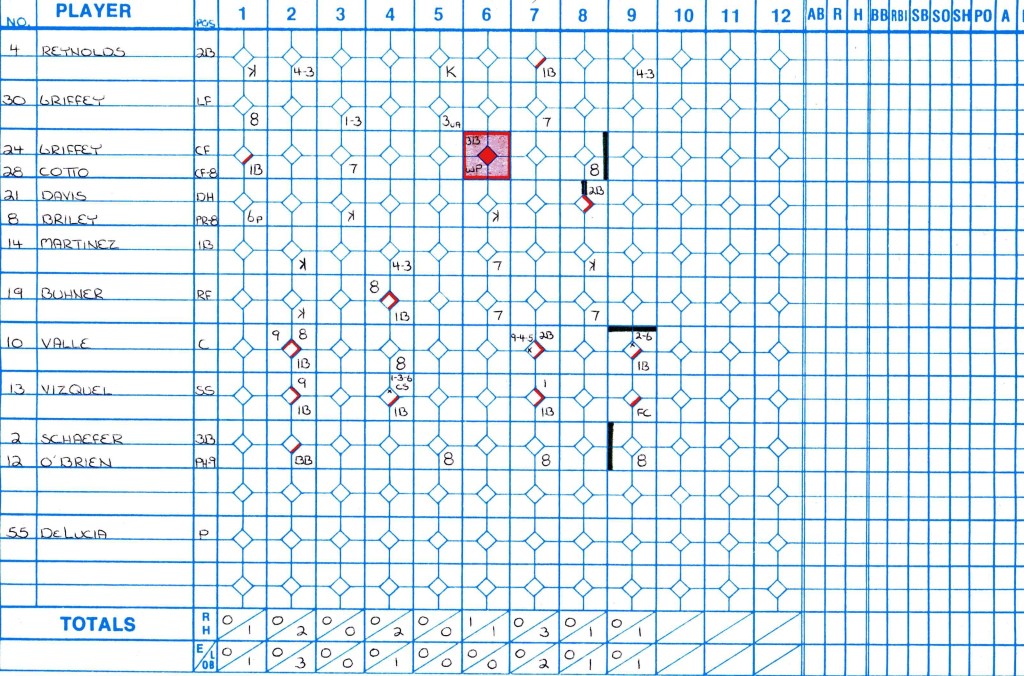 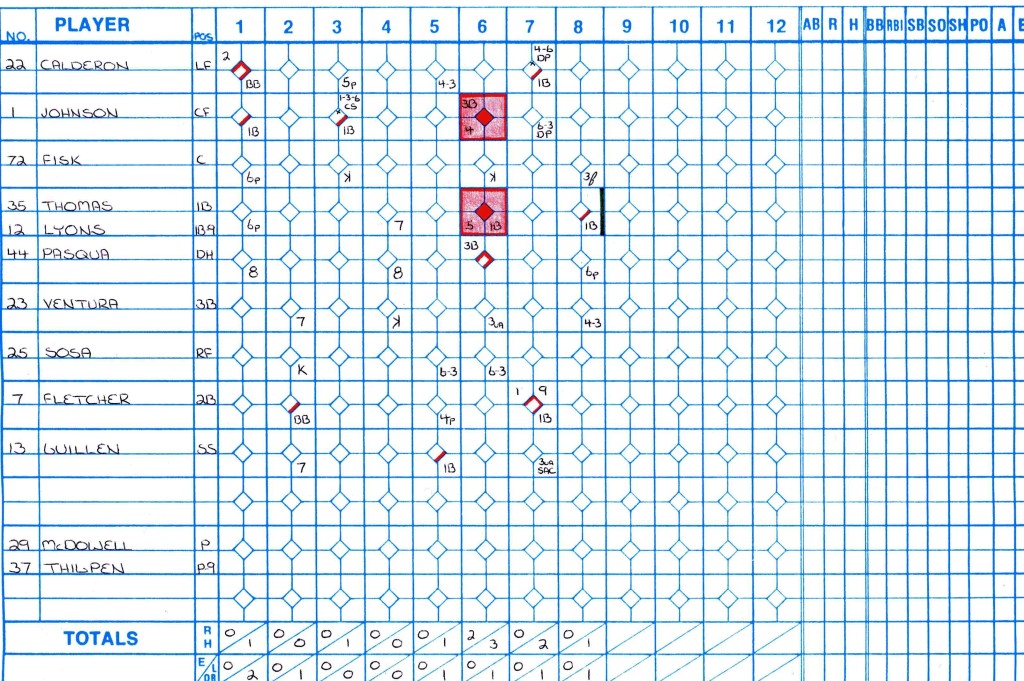 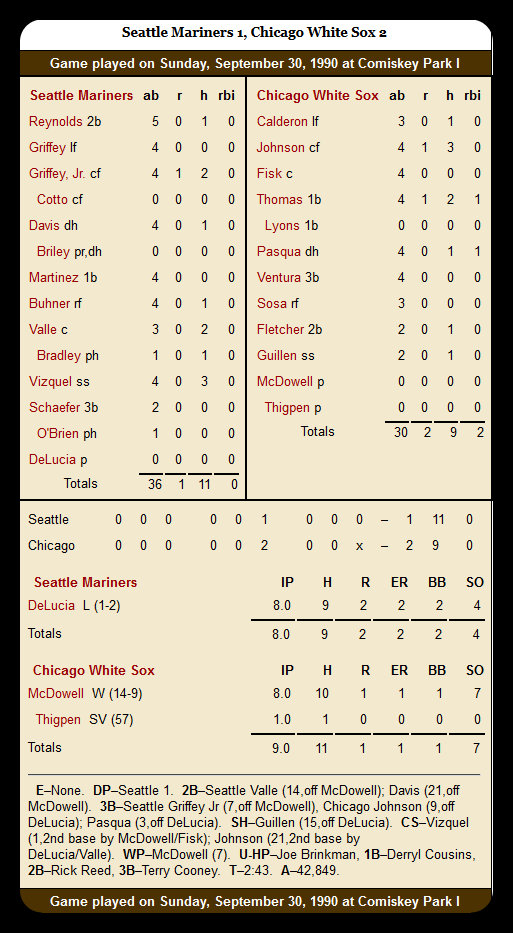