More free tickets from a supplier at work. I went down with three friends. 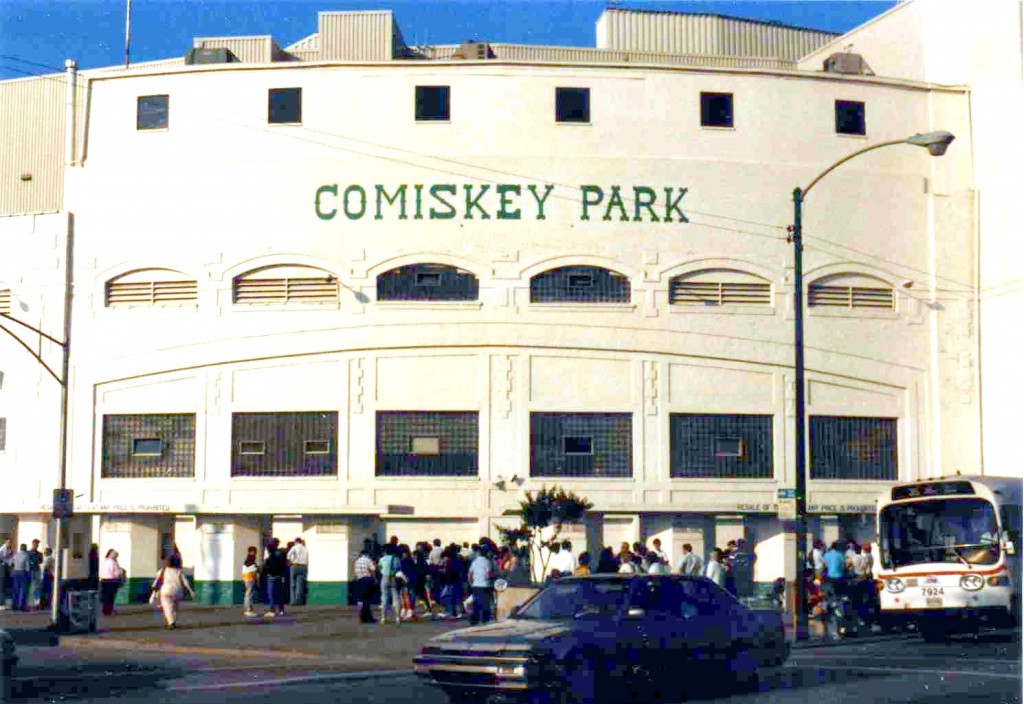 We arrived during Royals’ batting practice. I went down along the left-field line and stood up against the low wall (after pulling paint chips off the foul pole).

Frank White rolled one down the line, and I leaned over and grabbed it. A few minutes later, Bo Jackson hit a liner into the seats nearby. I was in a good position to get it, but it caromed off a chair, rifled past my head (missing me by about six inches) and bounced about 30 feet back toward home plate. If it had hit me, it probably would have killed me. I didn’t even have time to react. 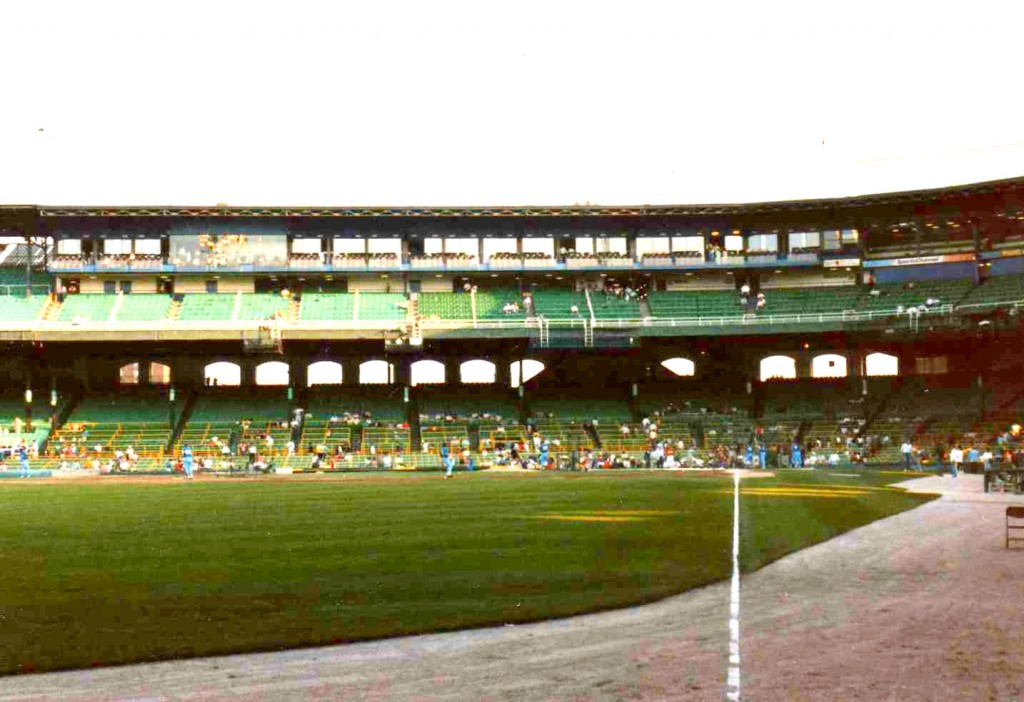 The most notable event of the evening was a full eclipse of the moon that took place during the game. I walked to the back of the park around 8:30 and saw it when the moon was about half covered. When the game was over, it was just past complete, with a sliver of silver showing at the edge of the dark circle. Very cool.

In this photo, Carlton Fisk has just rounded first and is watching his fly-out to center. George Brett is watching him and looking very excited. 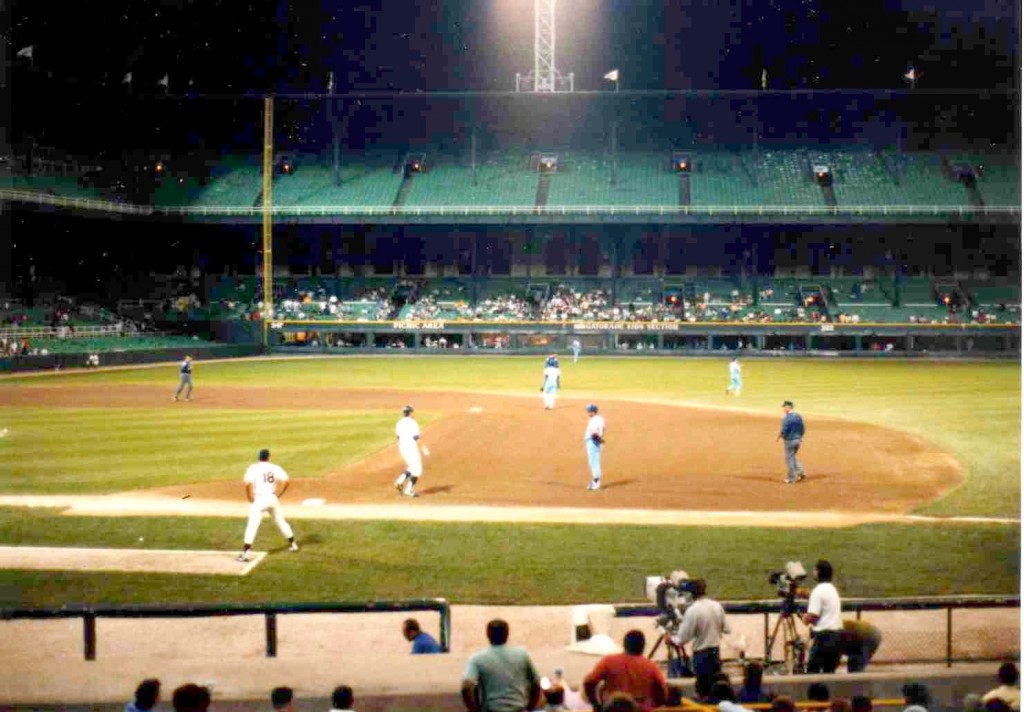 In this photo, Fisk is catching, Brett is batting and Bo Jackson is in the on-deck circle. 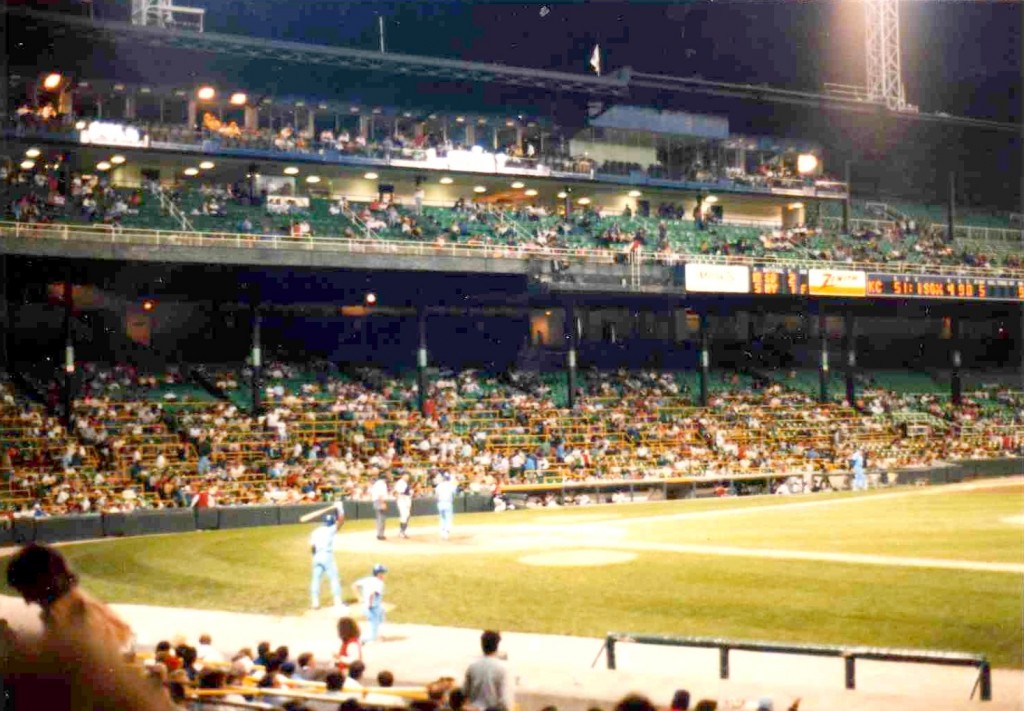 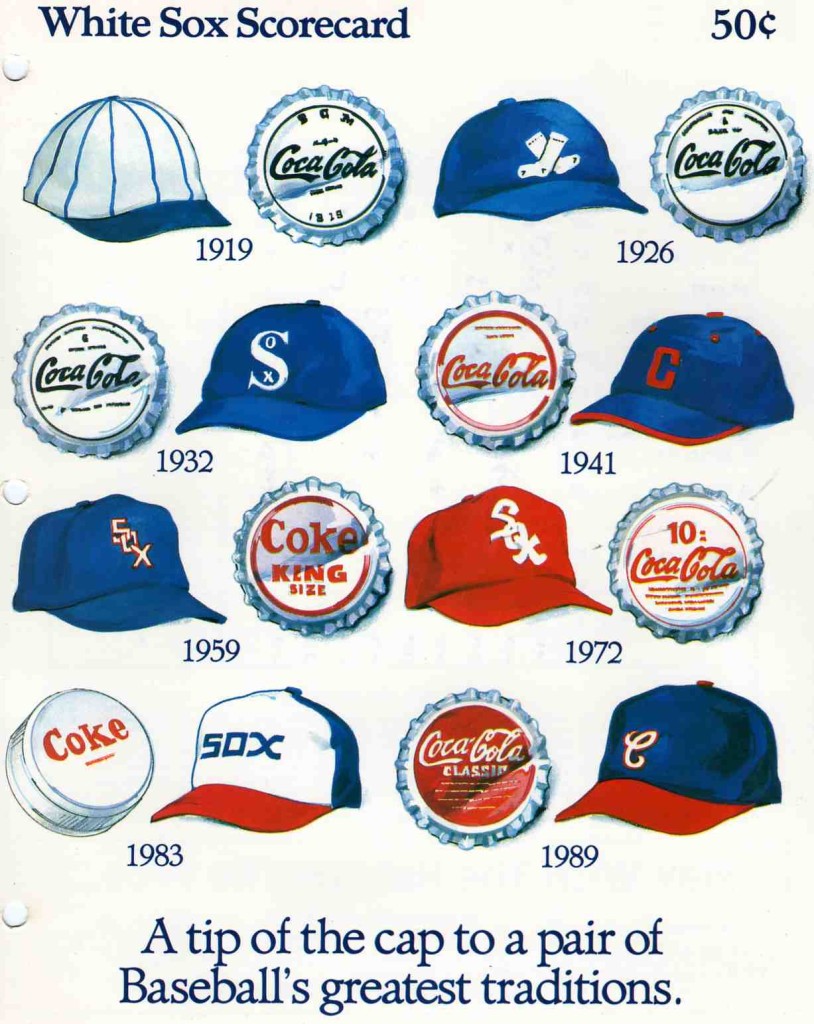 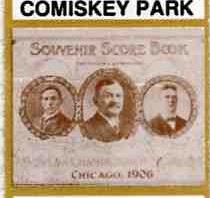 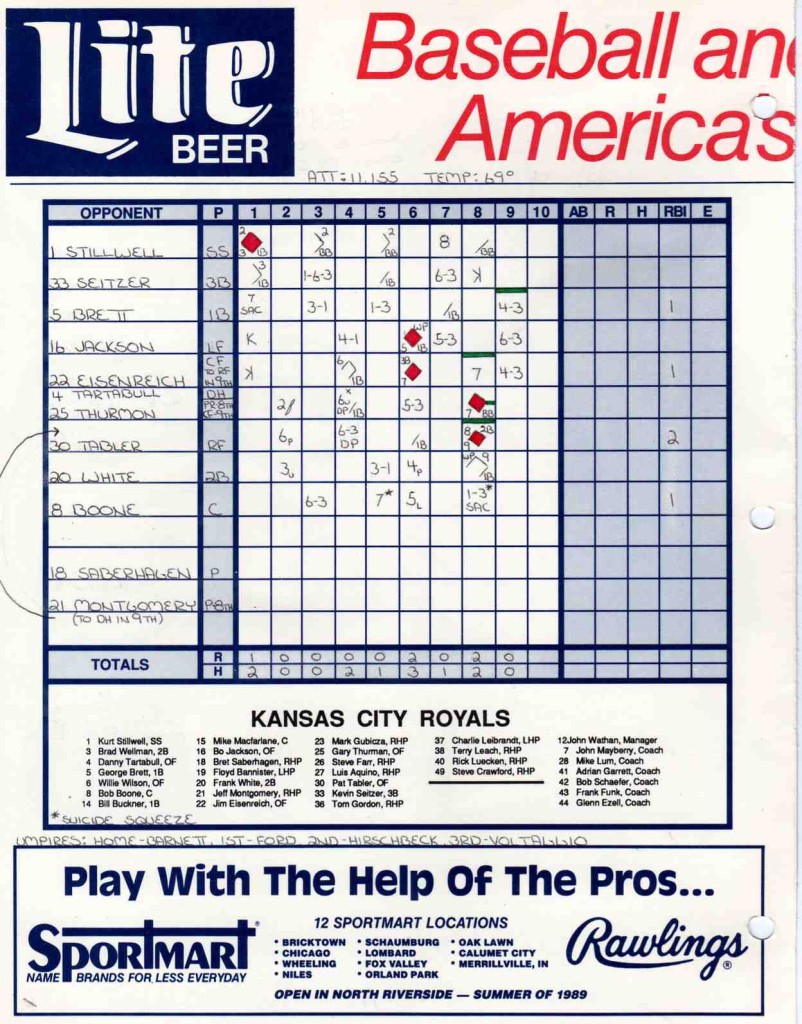 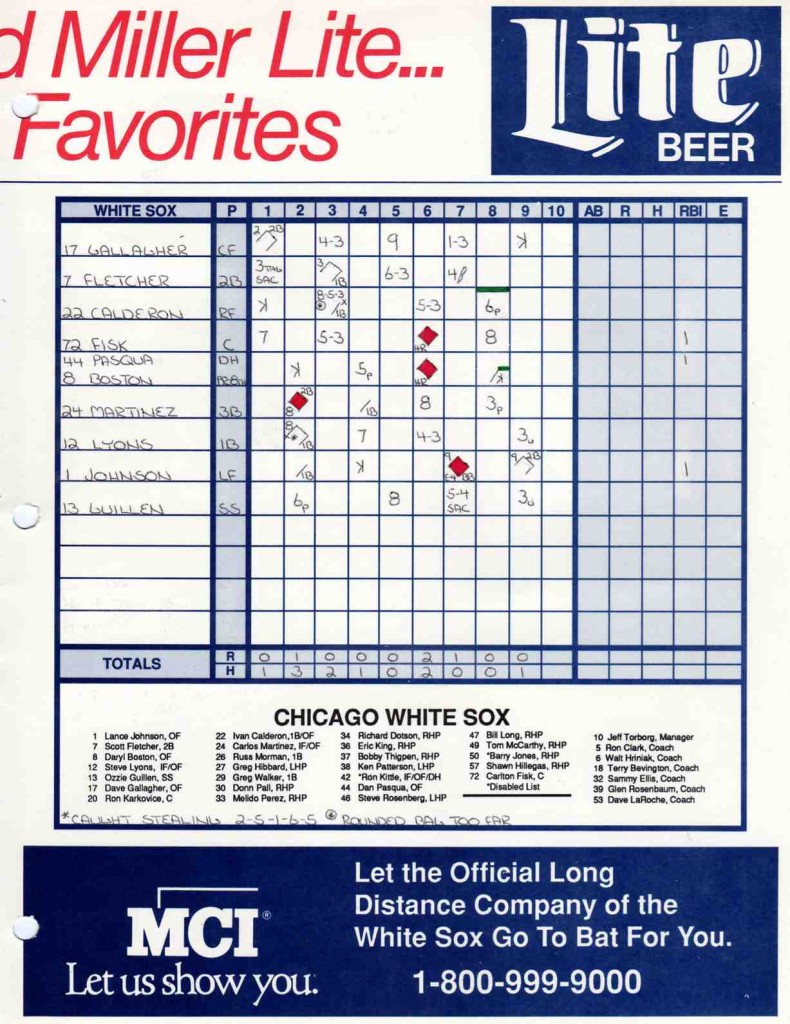 Across the street, New Comiskey Park was under construction. 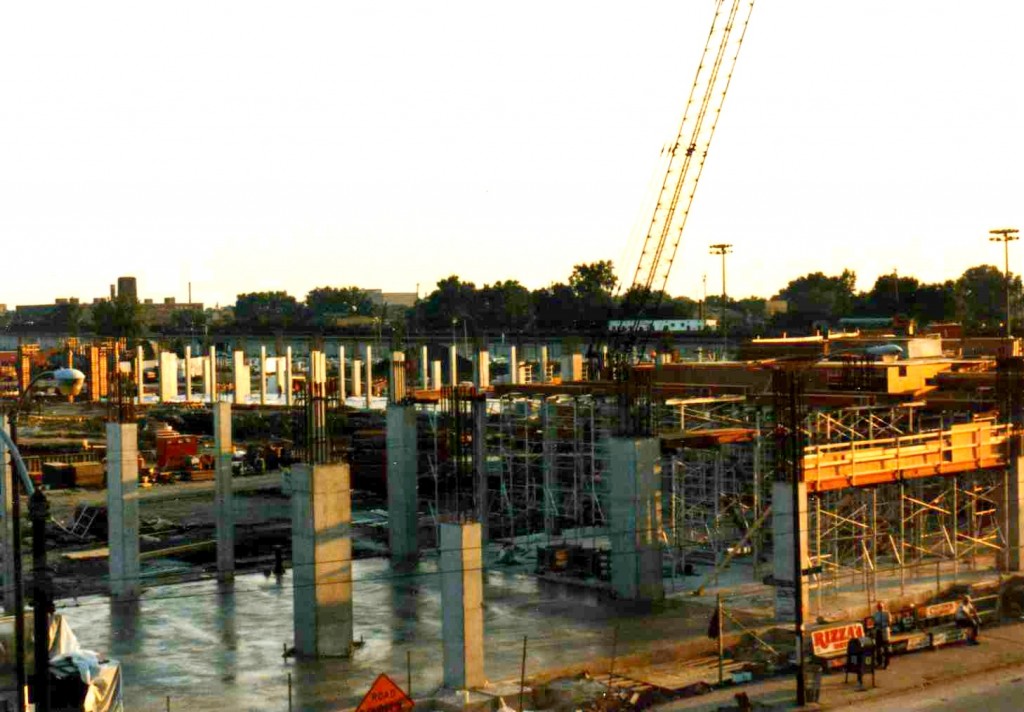