My work bought a bunch of tickets to take a visiting group to a White Sox game. The group cancelled, so they offered the tickets to staff for free. We grabbed five — the four of us and my sister. We rode down on a cushy coach bus with 43 other coworkers and their family members. Traffic was light and we arrived about an hour before game time, giving me time to stroll about and take some pictures. 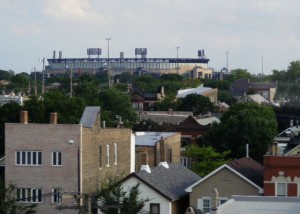 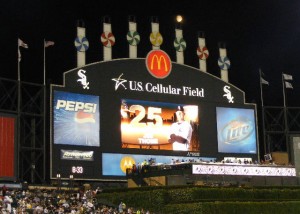 Our seats were just four rows up from the field down the third-base line near the foul pole. We had a fantastic view of the left fielder, but had to twist our necks quite a bit to see home plate.

The game wasn’t very suspenseful, but it was fun for White Sox fans. Highlights included: 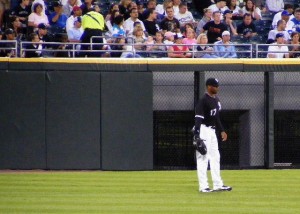 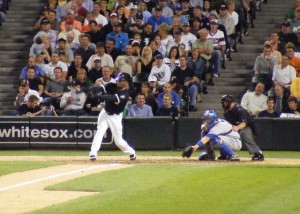 The front row emptied out after the eighth inning. Several of us, including my daughter and me, climbed down and enjoyed feeling like big shots. The shot on the left shows our view from those seats. 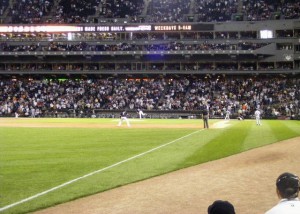 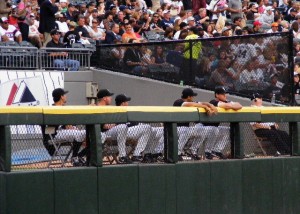 One last bit of excitement. I decided it was time I had my first funnel cake. I waited until the fifth inning to let my pregame Polish sausage settle, then went to the concourse to a booth called The Funnel Cake Factory. I paid my $4 and returned to my seat to experience the thrill. 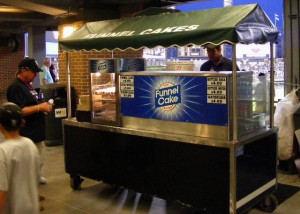 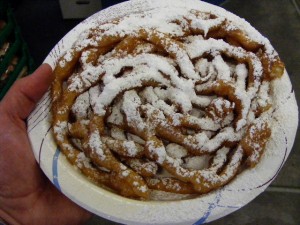 My reaction — It was greasy. It didn’t taste awful, but mostly it was greasy. A friend, who was sitting in front of me, told me that my life would never be the same. I thought she meant that in a good way … Anyway, we had a great time hanging around and laughing with coworkers we haven’t spent much time with before. 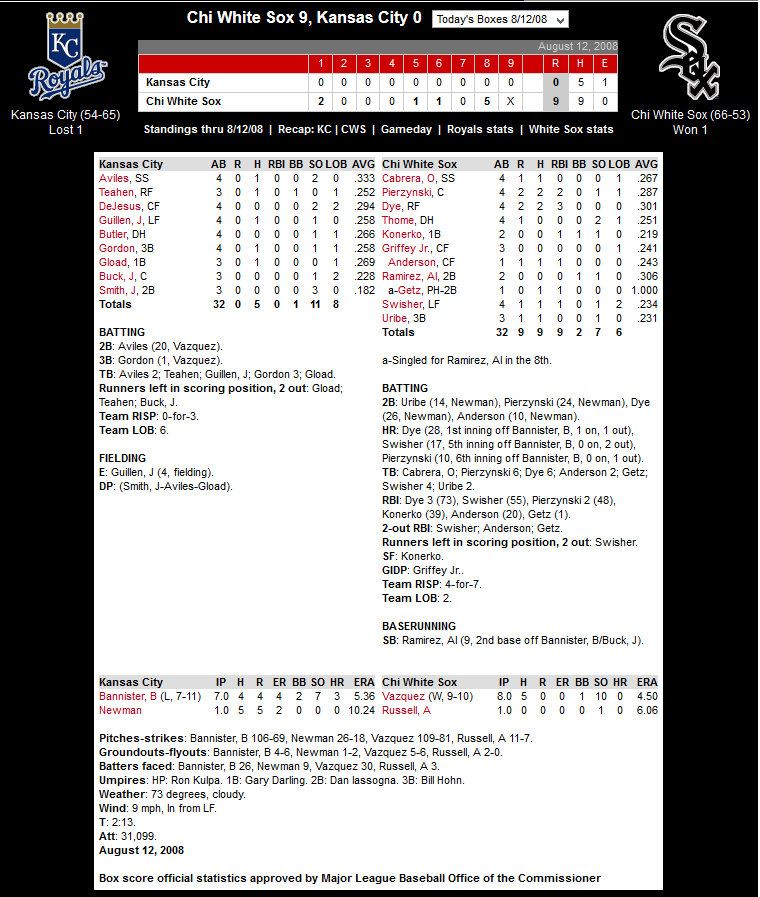