A friend picked me up at 9:00 and drove us down to the New Comiskey Park. We arrived early because we’d heard there was limited parking near the stadium. We had an hour to kill before the gates opened, so we walked around the new park and watched them knocking down the old park. 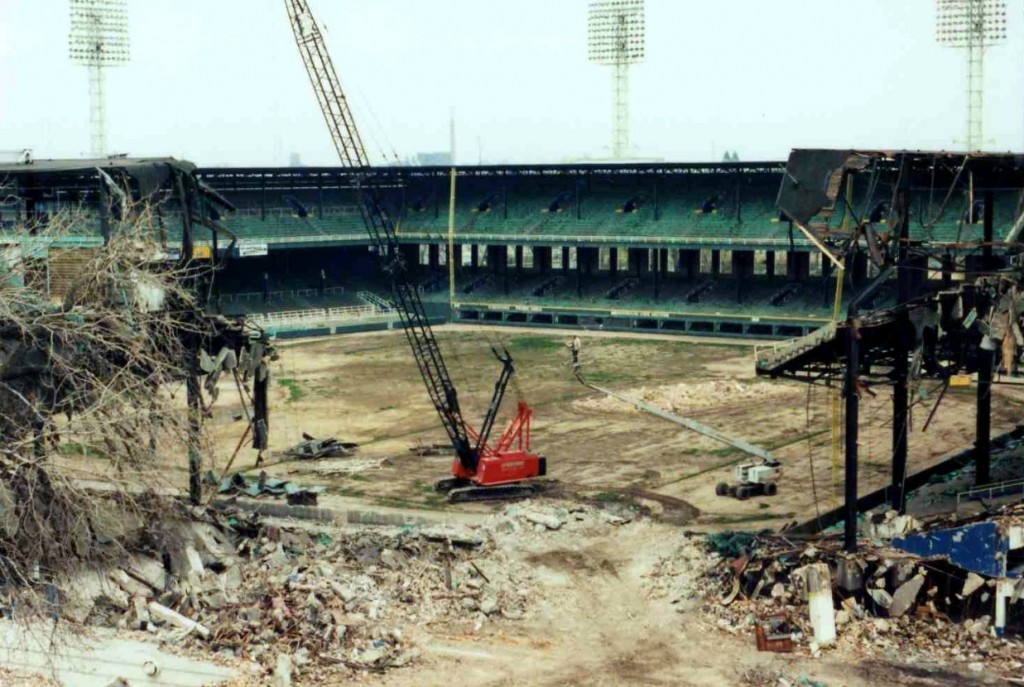 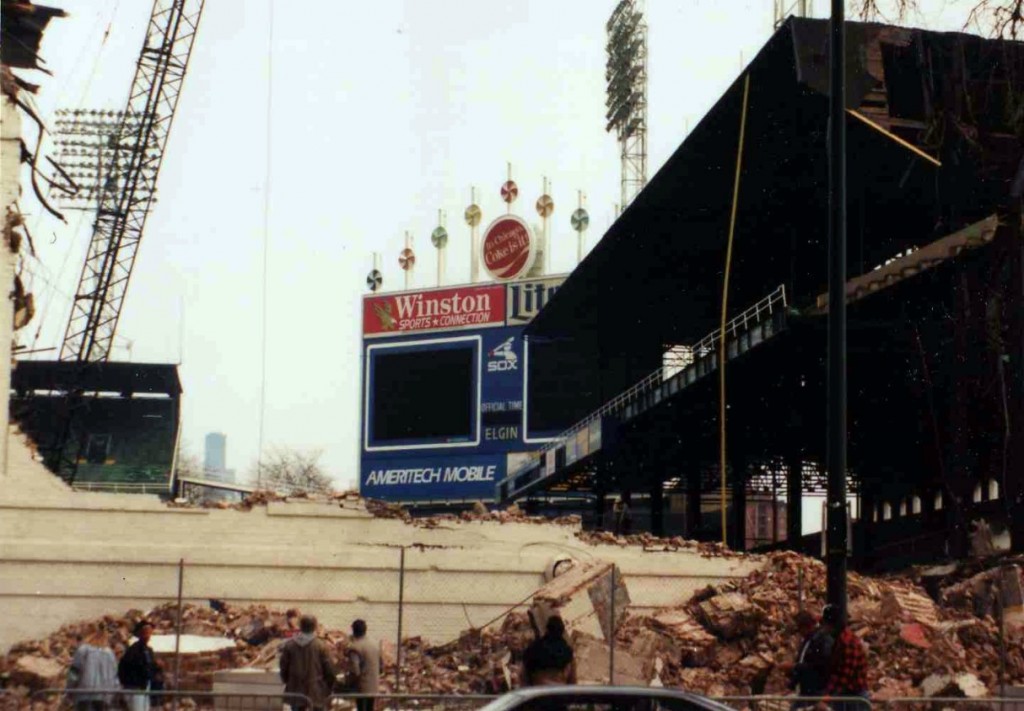 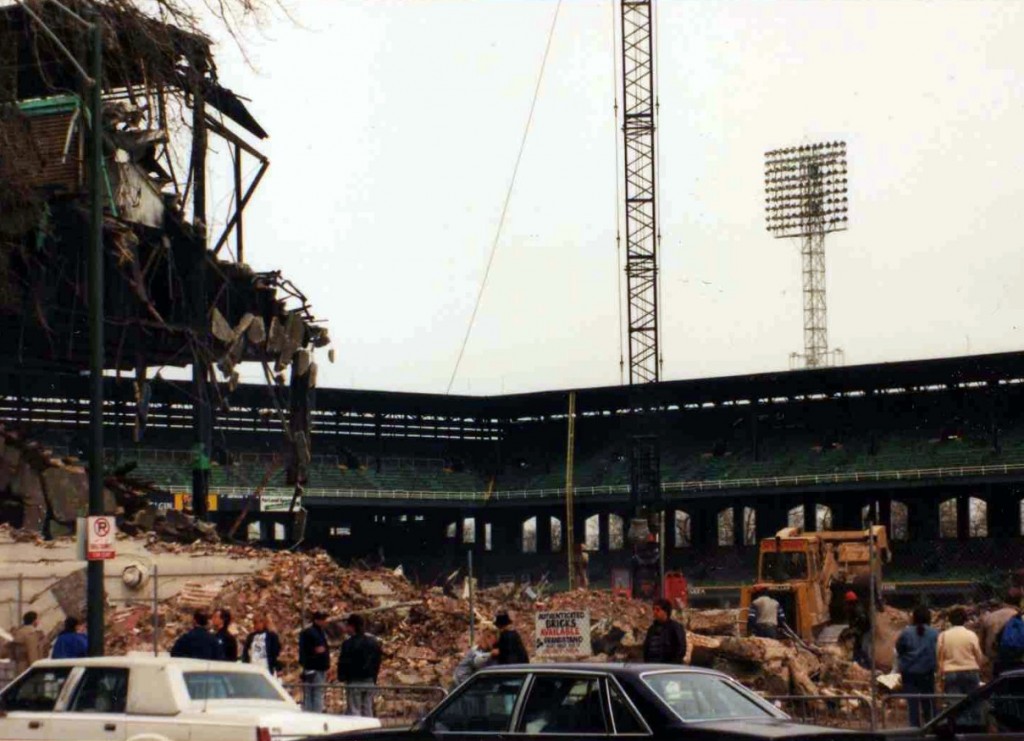 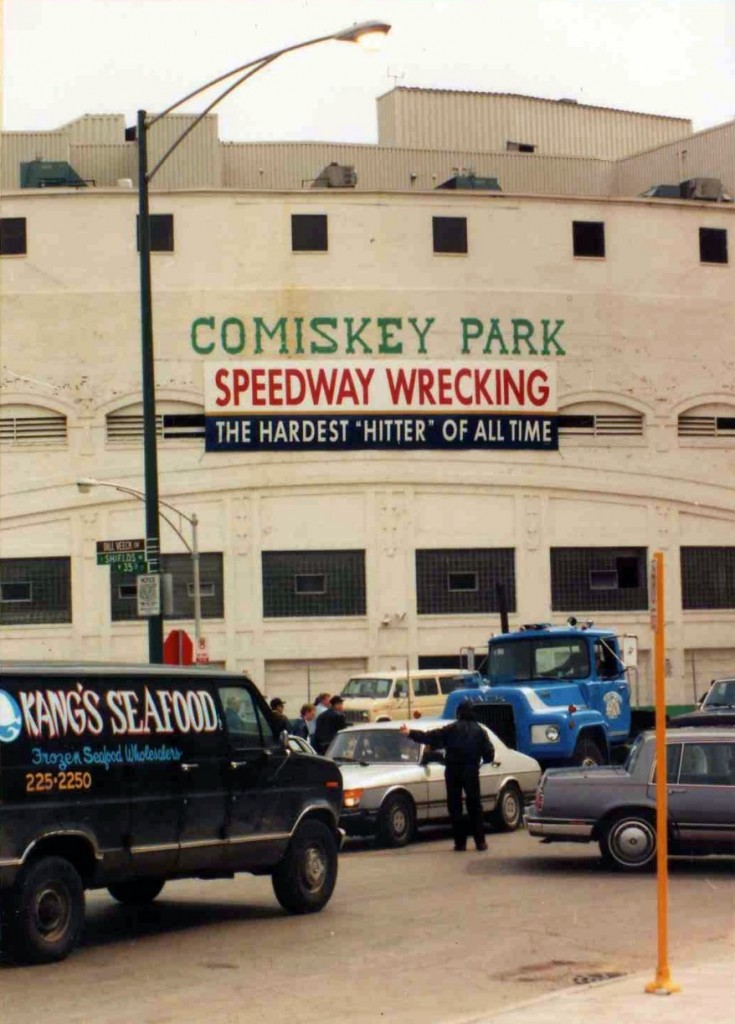 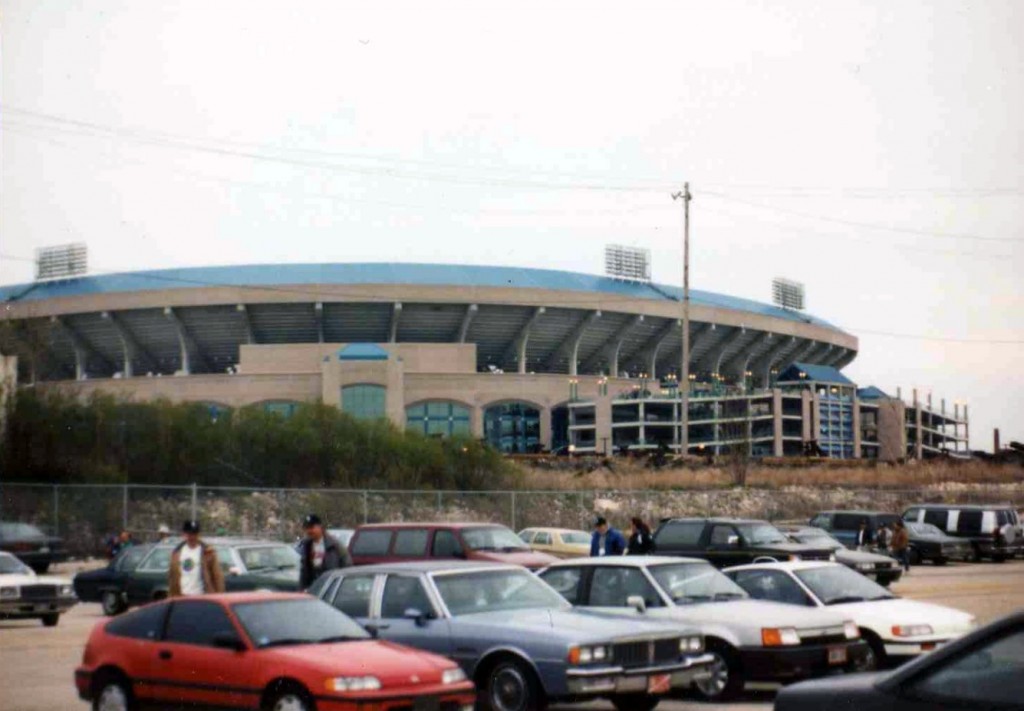 We were among the first 100 or so people in the park. My friend was the first person to buy food at one of the concession stands. We watched former Illinois governor Jim Thompson playing catch right in front of our seats. After we ate, I wandered around a bit. 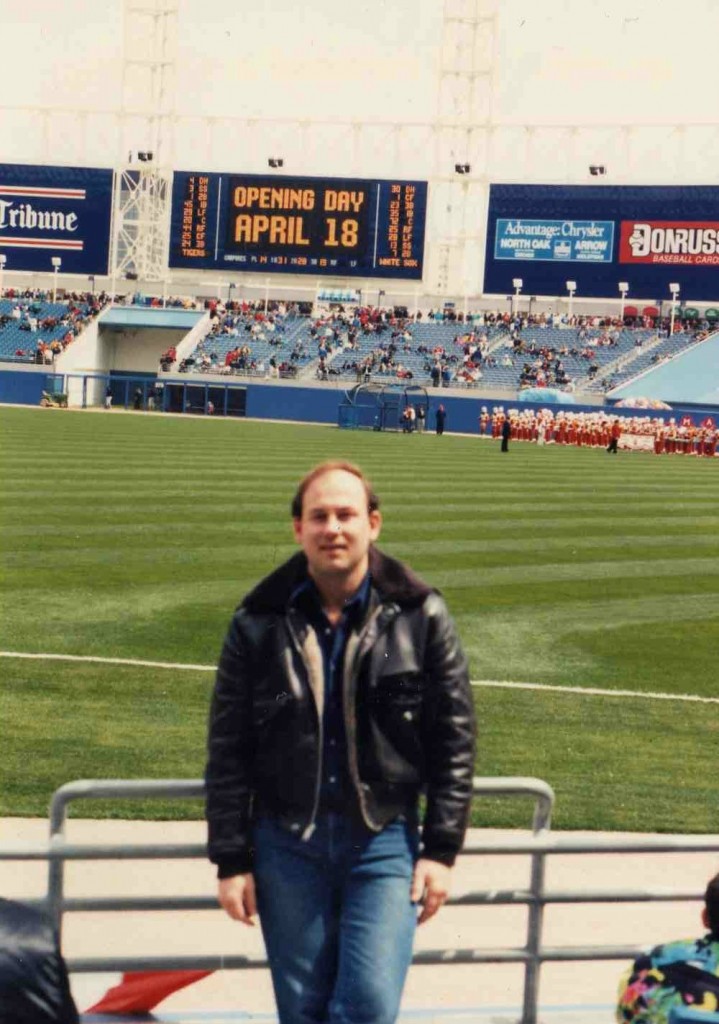 During Tiger batting practice, one of the players lined a foul into the seats near where we were sitting. Nobody was going for the ball, so I walked over and reached for it. Just then some girl kicked it down a couple steps. I followed and got it in my hand. Another guy grabbed my hand and scraped it across the concrete, then began raking me with his nails. I ended up with bruises, scrapes and cuts all over both hands — and a beat-up batting practice baseball.

Pregame ceremonies (which included a benediction by a priest) 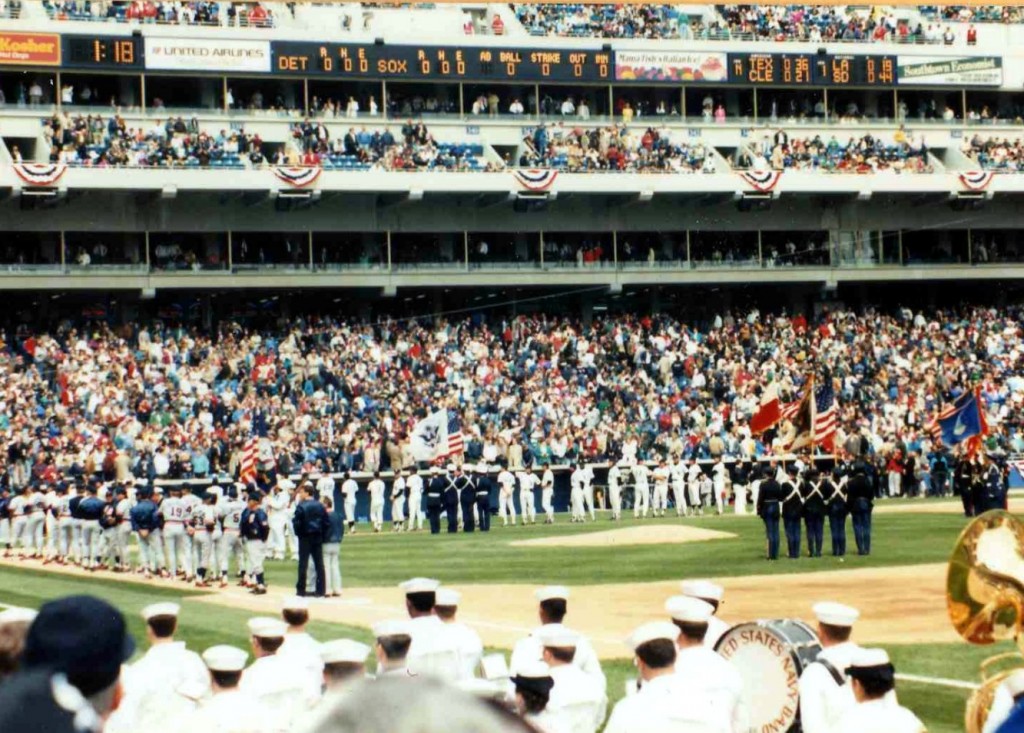 The first pitch — ever 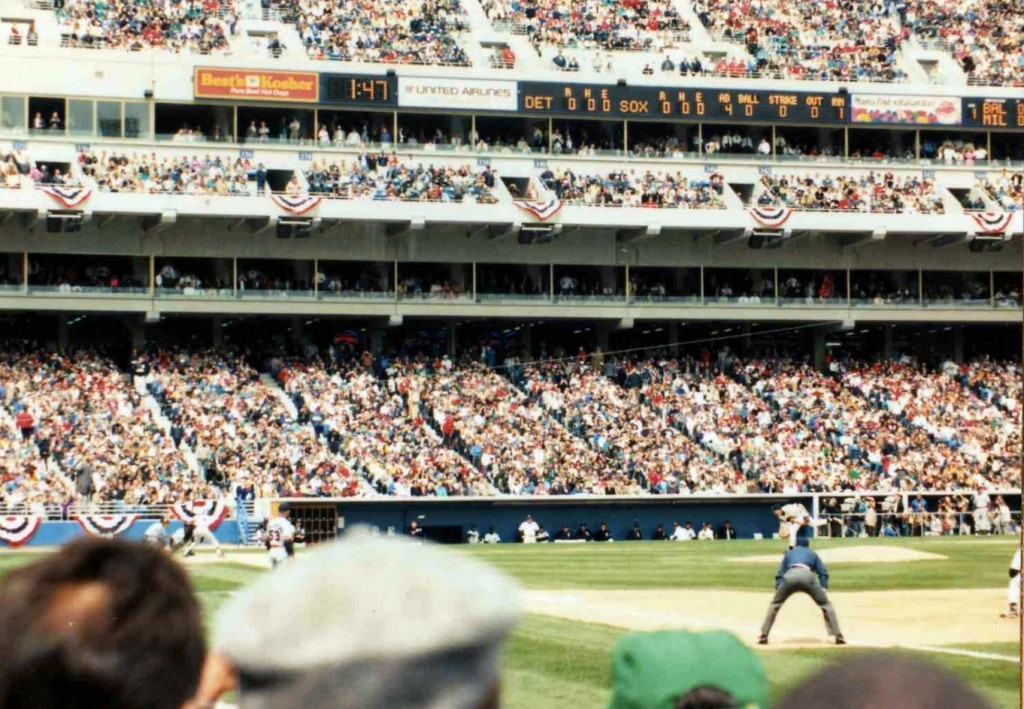 We weren’t the only celebrities at the park. If you look carefully at the next photo, on the far right, you’ll see Illinois Governor Jim Edgar sitting next to U.S. Secretary of Defense Dick Cheney. On the far left, behind the bunting, Jim Thompson is sitting next to Fay Vincent, the Commissioner of Major League Baseball.

In the bottom photo, Jim Thompson has left and Vice-President Dan Quayle is sitting next to Vincent.

It was bitterly cold, our seats were narrow, the lines at the food counters and bathrooms were (literally) hours long, and the game quickly got out of hand. But the park was impressive, the food (which we had the fortune to buy early) was tasty and the two guys sitting next to me left in the second inning and never came back, allowing me to spread out and enjoy a clear view.

The White Sox lost 16-0. The game got so bad that the Tigers allowed their pitcher, Frank Tanana, to bat. 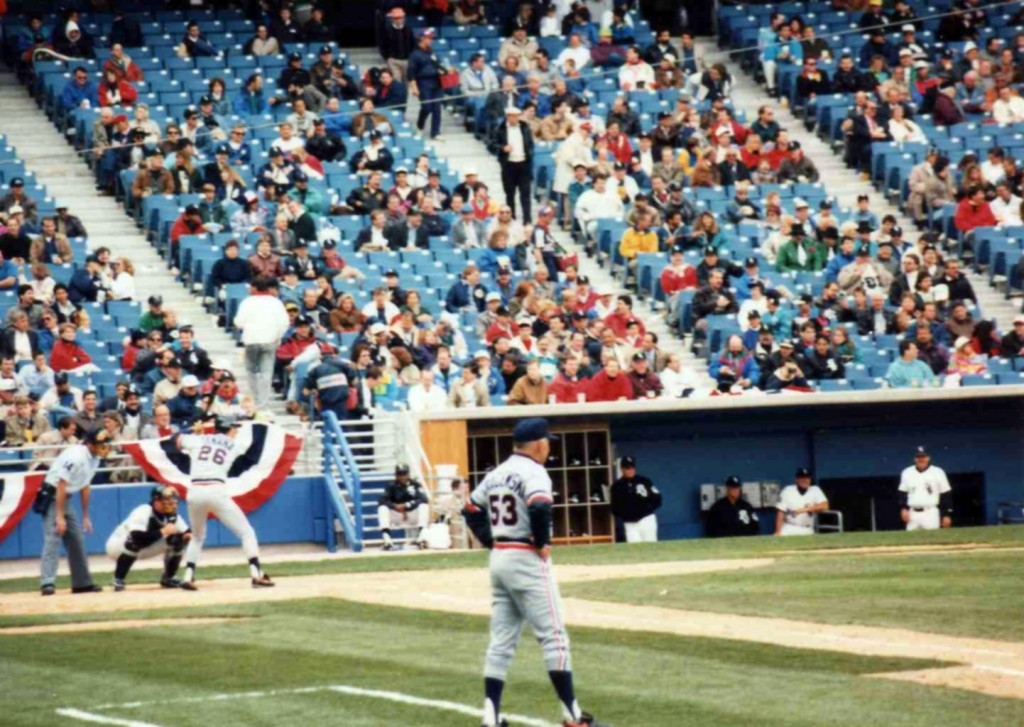 I attended three opening games this year (two at brand-new ballparks) and saw the Chicago-area teams lose all three by a combined score of 30-1. 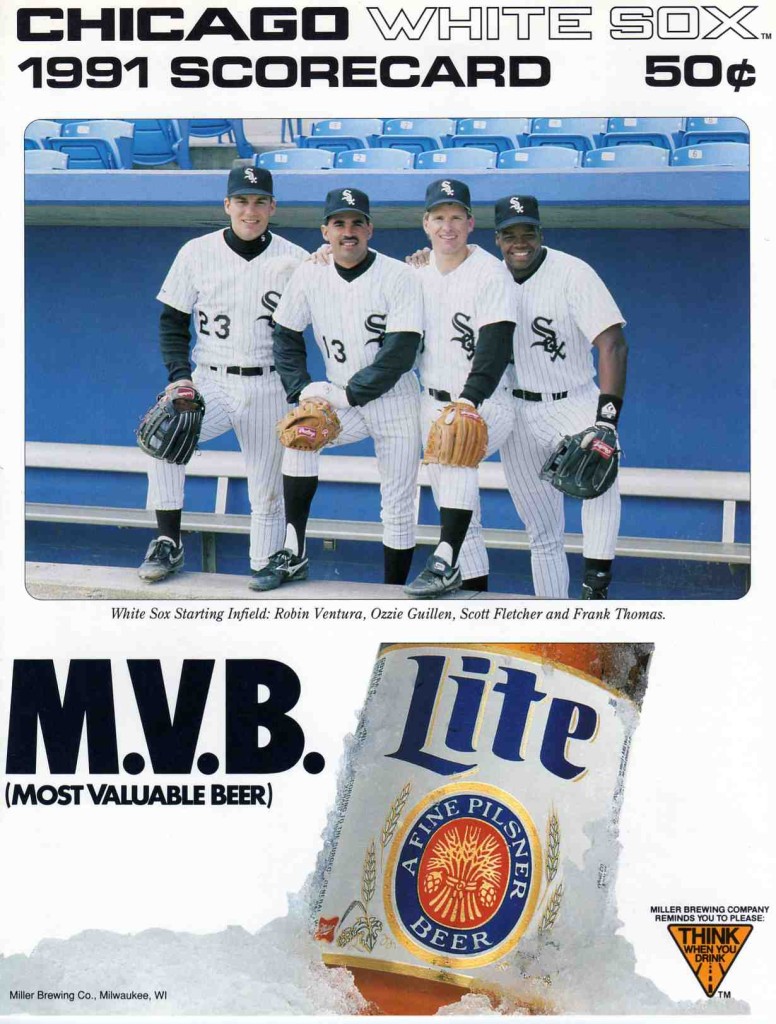 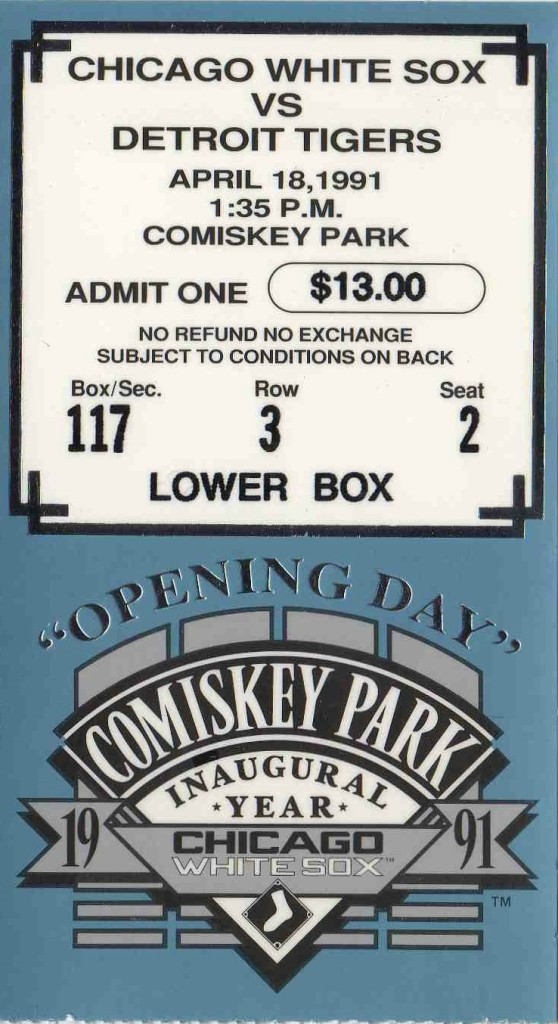 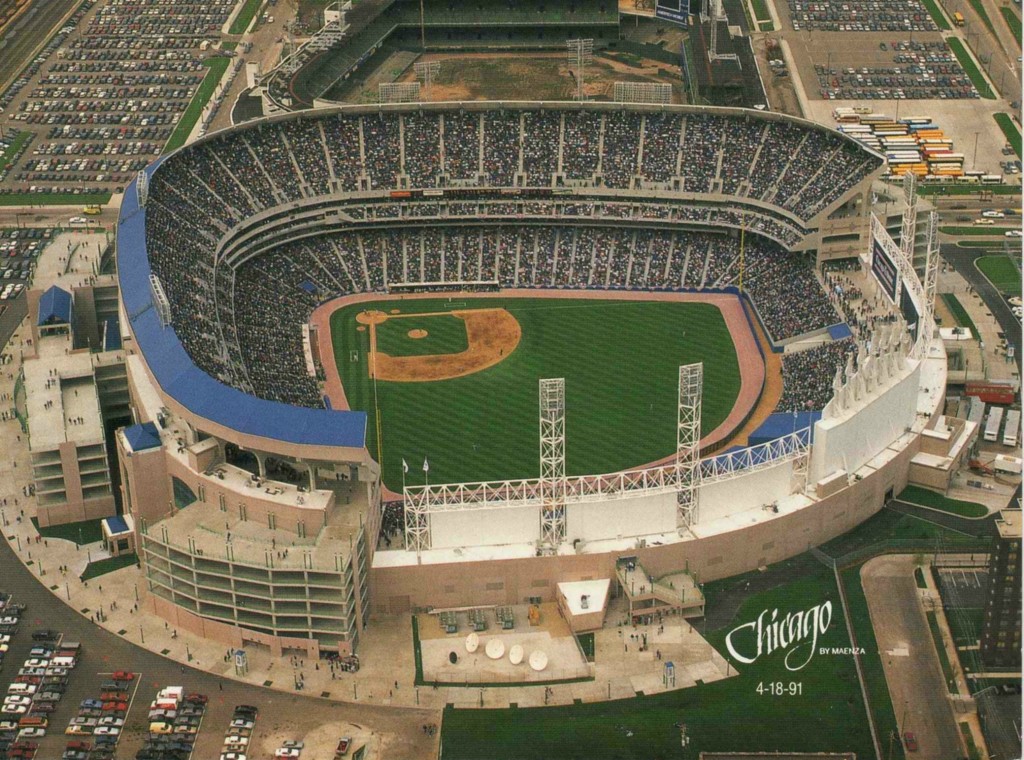 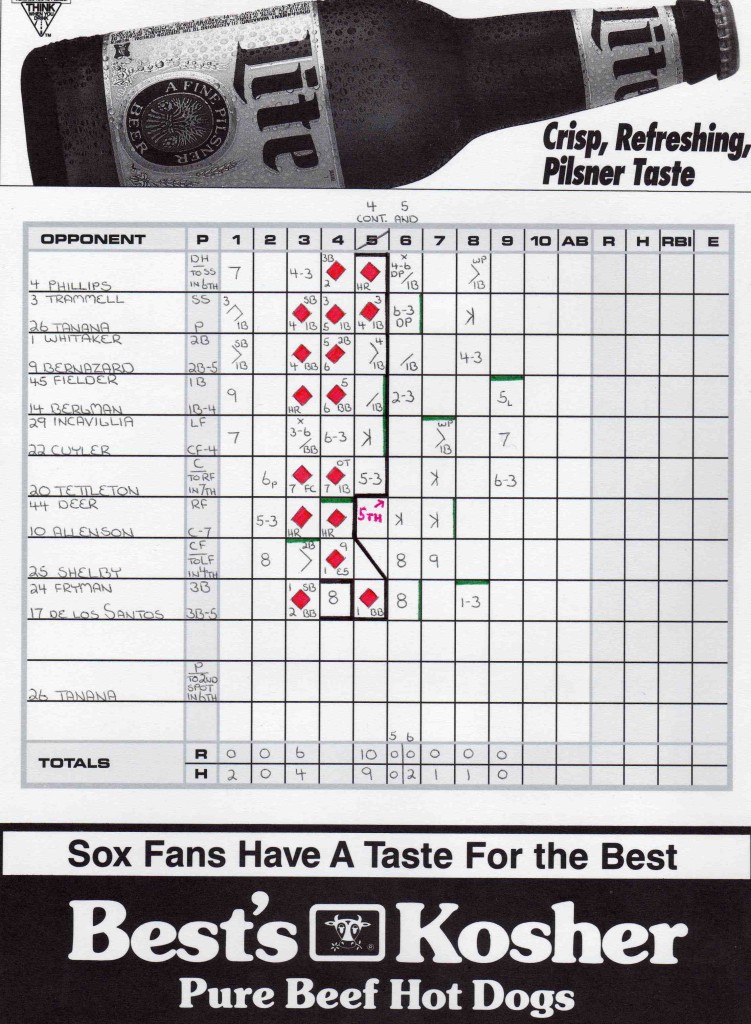 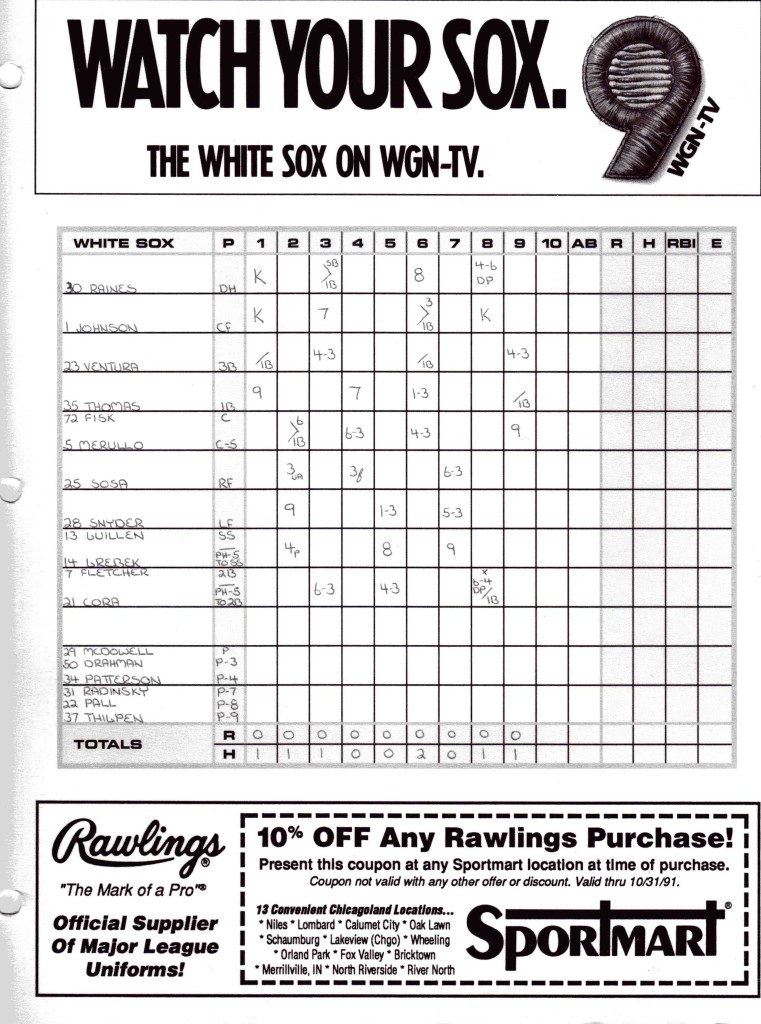